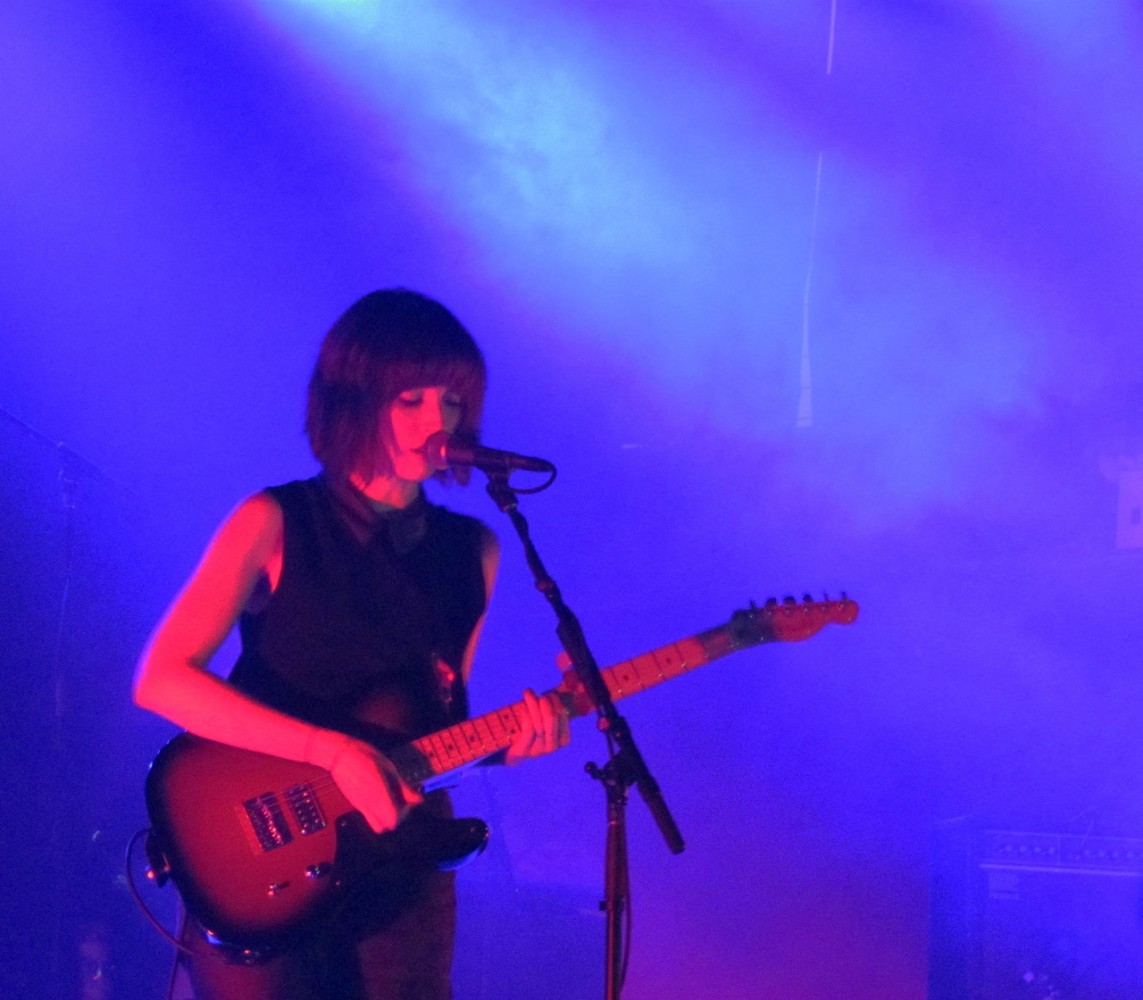 Elena Tonra of Daughter at Terminal 5 in New York

Hey everyone, my name is Rich and I will be doing Mundo Musique on Thursdays! This past weekend, I had the pleasure of seeing Daughter play their largest ever headlining show in New York. They’re a very talented three-piece group from England, and I realized there are a lot of great female-fronted three-piece bands from the British Isles. Daughter, The Joy Formidable and CHVRCHES are three that have had my ear in 2013.

London-based singer-songwriter Elena Tonra originally started Daughter as a solo project. She recruited Swiss guitarist Igor Haefeli and French drummer Remi Aguilella to create a unique sound reminiscent of Florence and The Machine meet The XX. Their debut album If You Leave was released earlier this year. If You Leave is a powerful and engaging record. Tonra’s lyrics are vulnerable, covering topics like heartbreak and longing. The instrumentation, which borders on ambient, features long sustained guitar notes, and a faint rumbling of drums against Tonra’s defeated voice. Tracks like “Youth” are clear standouts. Despite releasing a popular cover of Daft Punk’s “Get Lucky” there are no upbeat pop songs here. If You Leave is a beautifully constructed record, and their earlier EP’s are definitely worth checking out as well.

Here is “Still” off of If You Leave

Welsh rock band The Joy Formidable released their second album, Wolf’s Law in 2013. Listening to their huge sound, it may be hard to believe it comes from only three people. The Joy Formidable, however are indeed only three people: lead guitarist and singer, Ritzy Bryan; bassist Rhydian Dafydd; and drummer Matt Thomas. Their appropriately titled debut record, The Big Roar was released in 2011 and features roaring guitar, rumbling bass and heavy-hitting drums, creating a sound that is unlike any other band. With Wolf’s Law, they broadened their style. Though their distinctive roar is still front and center, the new record also features more songs with acoustic guitar and string sections. These songs proved how versatile The Joy Formidable really are. After they finish up their current tour which featured a stop in Ottawa for Bluesfest, they will begin work on their third record.

Here is one of the rockers off of Wolf Law, “Little Blimp”

Scottish synth-pop trio CHVRCHES consists of Lead singer Lauren Mayberry, and multi-instrumentalists Iain Cook and Martin Doherty. The trio released have been releasing singles since 2011 and finally released their long-awaited debut full-length album, The Bones of What You Believe in September. Unsurprising to those following the rise of CHVRCHES, The Bones of What You Believe is a great record that is incredibly catchy and danceable. Mayberry, Cook, and Doherty’s blend of melancholy lyrics, melodic leads and electro beats can be compared to M83 or Purity Ring. 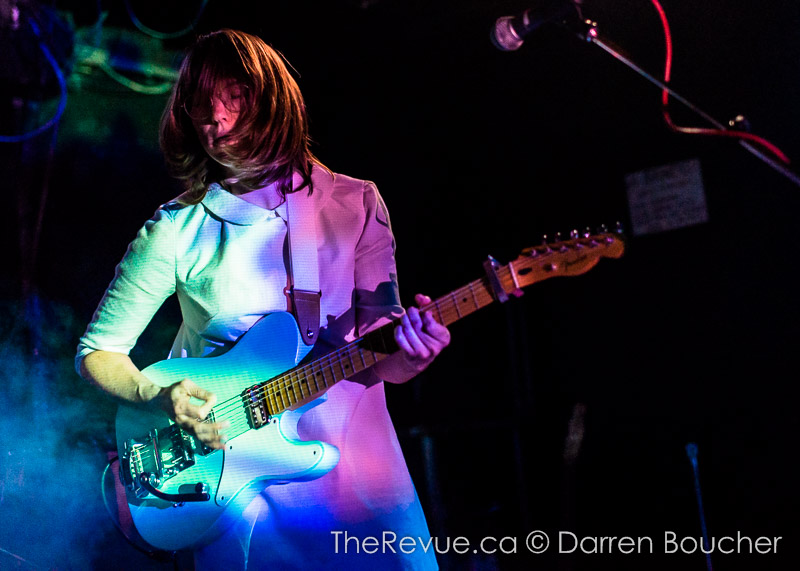 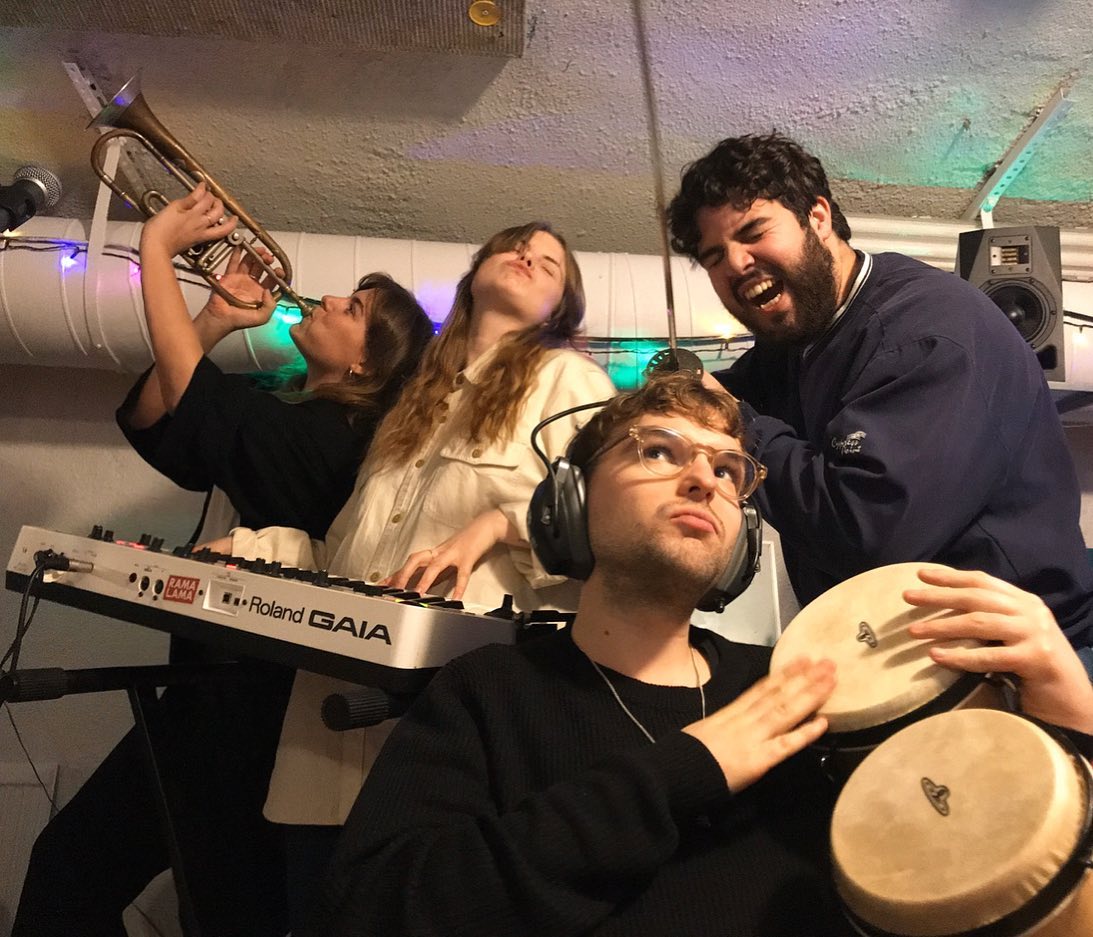