Happy Friday, everyone! That means another Mundo 5! Ben and I were trying to come up with ideas of lists, and since I’ve been a fan of pro wrestling for as long as I could walk, he suggested I do a list of wrestling related songs.  It’s Wrestlemania season, so there’s no better time!

Part of the spectacle of professional wrestling is the over the top presentation, from the lights and fireworks, to the music used to create the experience. Professional wrestling events are almost like rock concerts, and in the 1980’s, the World Wrestling Federation and MTV came together and created what was called the “Rock ‘n’ Wrestling Connection” which culminated in the first Wrestlemania, featuring many guests, including Cyndi Lauper. The soundtrack of that night featured tracks from Queen, Phil Collins, and the “Immortal” Hulk Hogan coming out to Survivor’s “Eye of The Tiger.” Since then, rock stars have been getting involved with pro wrestling in many different ways, Smashing Pumpkins frontman Billy Corgan actually runs a wrestling promotion in Chicago, and Bob Mould was a scriptwriter for World Championship Wrestling. Some bands have written songs about wrestling, and some bands have lended their songs out to be the entrance songs for wrestlers.

Now, I know professional wrestling music can be a bit silly and cheesy, (see: Real American, Sexy Boy) or just plain awful (This weird Nirvana ripoff, this even worse Pearl Jam ripoff) but that’s part of the unique quirkiness of professional wrestling.  Aside from those four examples, here are five of the best songs that either reference wrestling, or have been part of the squared circle experience.

There’s a line in this Weezer classic about “Watching Grunge leg drop New Jack through a press table” which is not a reference to a 1990’s genre war, but a reference to an ECW match in the early 1990’s. Johnny Grunge was part of a tag-team called “Public Enemy” (original, right!?), and New Jack was part of a tag-team called The Gangstas. Rivers Cuomo said he took the line from a classmate in a writing class.

I’m featuring this song because it’s by one of my absolute favorite bands, and its music video features Lambchop lead singer Kurt Wagner driving indy wrestler Jocephus to a local ATL Wrestling event at a hotel in Nashville for a match against former WWF wrestler Wolfie D. The song has a long instrumental section, where the video features a match between the two wrestlers. The video shows that pro wrestling isn’t always the glitz and glamour of WWE, and there’s guys like Jocephus who perform in front of 20-100 fans a night in bingo halls and hotel convention rooms.

Hulk Hogan used this song as his walk out music after becoming a “heel”, which is wrestling lingo for “bad guy”. He turned his back on his faithful fans and became a pure badass. Air guitaring on his way to the ring to this Hendrix classic, accompanied by his “New World Order” buddies which included guys like Dennis Rodman, this was arguably Hulk Hogan at his best, and the music completed the package.

Check out Hulk Hogan, Dennis Rodman, and the New World Order arrive in Chicago, on an old episode of WCW Nitro.

This song was the entrance song for former WWE star Phil Brooks, aka CM Punk. The song, “Cult of Personality” by Living Colour gets its name from the term “cult of personality” which, on Wikipedia, is described as “A cult of personality arises when an individual uses mass media, propaganda, or other methods, to create an idealized, heroic, and at times, god-like public image, often through unquestioning flattery and praise.” This song fit the CM Punk character incredibly well, as he was known for his interview and talking skills almost as much as his wrestling ability. He also led the cult-like “Straight Edge Society” and “Nexus” teams. He held onto the WWE Championship for 434 days, the longest reign in 25 years, making him the biggest star in the company during that time. Every time CM Punk walked to the ring, “Cult of Personality” would accompany him, and at WrestleMania 29, Living Colour actually performed the song live as CM Punk made his way into the arena for his match. 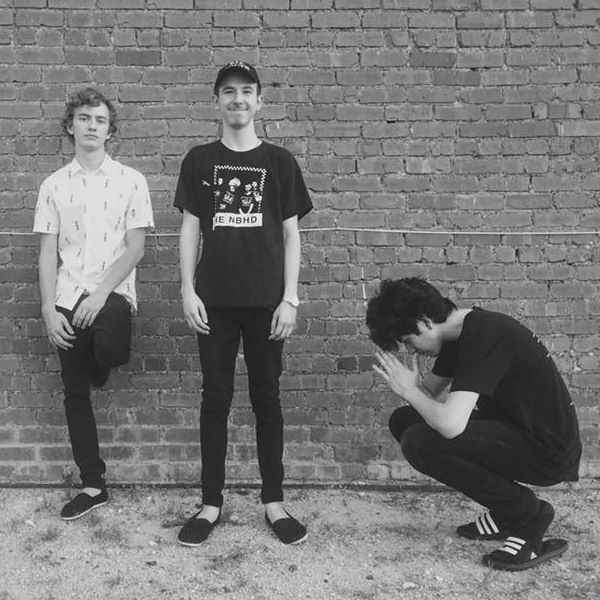 no rehearsal – “Back To Fall” (single premiere)