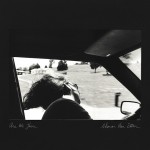 In her first three albums – Because I Was in Love, Epic, and the remarkable Tramp – the beauty in the music lied in the sheer, emotive power of Sharon Van Etten‘s voice and the subtlety of her arrangements that would soar as each song progressed. Her music, too, was personal yet familiar to many of us, often speaking about the difficulties, surprises, and rewards that come with love or the sheer force of being tied down by something or someone unknown or even known.

All three albums were tight, cohesive records with each one seeing Van Etten stretch a little further in her songwriting and musicianship. On Are We There, the New Jersey native has written arguably her most personal album to date (and that’s saying a lot). In several interviews – including with Stereogum, Pitchfork, CBC Music, and, my personal favourite, The Sharon Van Eatin’ Salad blog – Van Etten explains how the love songs on the new record evolved – they’re not just love songs, but deeply personal experiences about balancing her career with relationships and the push-and-pull struggles that she faces each day with the decision she made more than 10 years ago to be a musician. It is through music where she finds her escape, her therapy. But instead of speaking quietly to a single person in a dimly lit room, she has shared her deepest thoughts with the world. It is this honesty, this vulnerability, that has Van Etten among the best of today’s talented group of singer-songwriters and gives Are We There its soul.

Beyond the personal stories and the intense storytelling, the album is Van Etten’s most ambitious and varied album to date. It is fitting, then, that the album commences with “Afraid of Nothing” – an atmospheric, dreamy number – that explicitly informs and tells the listener two things: that this album is like nothing she’s recorded and that its underlying themes are that of courage and chance. The construct of the album helps bring to life this message, as the  majority of the tracks are more complex and multi-layered, melding together a landscape of sound, textures, and melodies. Yet throughout Are We There, Van Etten’s voice remains as intense and emotional as her previous recordings.

The foundation for the album started a couple of years ago and started coming together last year. During her time between Tramp and Are We There, she started playing the bass (she played it live for the first time at her set at the 2013 RBC Bluesfest in Ottawa) and fiddled around more with the omnichord. In addition, as she told Holly Gordon of CBC Music, she was listening to a lot of soul and R&B during the recording of her latest LP, which is heard in the album.

There are, however, other influences at work. Co-producer Stewart Lerman (St. Vincent, David Byrne) subtle nuances can be heard on “Taking Chances”, the first single from the album with the shifting melodies, dashes of electronic drums, the synth of an omnichord, and the slow build into the song’s finale. Whether accidental or not, The War on Drugs’ perfection of ’80s rock can be heard on the love ballad, “Our Love”, and the smokey “Nothing Will Change” (Dave Hartley from The War on Drugs plays on the record).

In addition, the edgy, throbbing sound of her close friend and frequent conspirator, Mackenzie Scott (a.k.a. TORRES), also reverberates on a few tracks. “You Know Me Well”, a heart-drenching, gritty indie-rock song that pulsates at the beginning with a slight bass drum and the reverb of the guitar. Van Etten’s vocals are whispered in shortly after and then climax to the song’s crescendo. “Your Love is Killing Me” is a driving force of a tune – haunting at the start and roaring with intensity as Van Etten sings, “Break my legs so I won’t walk to you / Cut my tongue so I can’t talk to you / Burn my skin so I can’t feel you / Stab my eyes so I can’t see you”.

“Break Me” and “I Know” may be the most emotionally charged songs on the album. The former, played to an emotive, mid-tempo beat, speaks of breaking down invisible walls and opening one’s heart. The latter, meanwhile, is the album’s most stripped-down and intimate song with Van Etten playing solo on the piano, singing tenderly yet painfully about the perils of trying to balance a demanding career with staying close to her loved one.

Van Etten also demonstrates her versatility and flexibility on “Tarifa”. Originally played at various festivals last year, “Tarifa” was a mellow, acoustic song that often was played solo or together with band member Heather Woods Broderick. But on the album, “Tarifa” is transformed, as Van Etten enlists her entire band – Woods Broderick on keys, Doug Keith on guitar, and Zeke Hutchins on drums – to create a mid-tempo, indie-rock ballad reminiscent of some of her earlier work.

The closing number, “Every Time the Sun Comes Out”, is climatic and anti-climatic at the same time with wavering emotions throughout – much like the entire album. But at the very end of the song, there is an outtake, where Van Etten and Heather Woods Broderick, who plays keys and provides backup vocals, are heard laughing. It is the perfect ending to a highly emotional album, showing the playful, humorous, and light-hearted side of Van Etten.

While there are, incidentally or not, influences heard in Are We There , the music is still all Sharon Van Etten. The emotive power of her voice and music drive the album. However, the record may not immediately grab you from the start and it is one that needs to be listened to in the right setting and mood. Yet, like with many things – whether it’s love, friendship, careers – it is an album that will captivate and enthrall you with each listen. Are We There is Van Etten’s deepest, most complex, and most ambitious album of her career – a career that is still flourishing and paving new paths, and where the journey’s main  question isn’t, “Are we there yet?”, but “Where are we off to now?”

Are We There is out today in the UK and released in North America on Tuesday, May 27. Purchase on iTunes, Jagjaguwar, and your local record store. Sharon Van Etten is currently on tour in support of her new album, having just commenced a 2.5-week jaunt in Europe before returning to North America in mid-June. Tour dates can be found on her website. 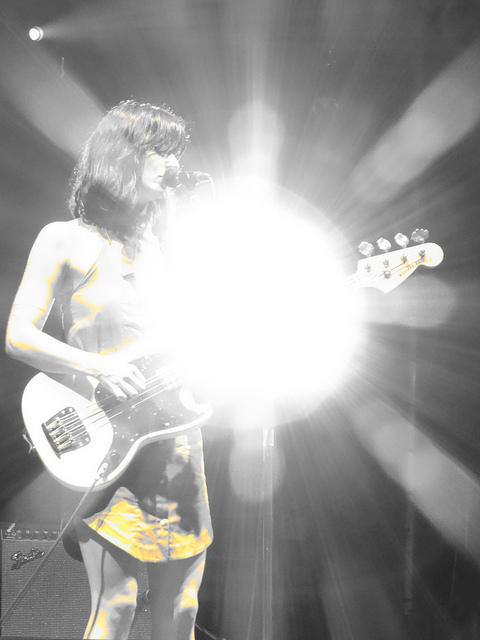 Secondary photo by Benjamen Yung (that would be me), taken during Sharon Van Etten’s set at the 2013 RBC Bluesfest in Ottawa. I promise, should I be fortunate to interview Sharon Van Etten, to touch on different subjects. 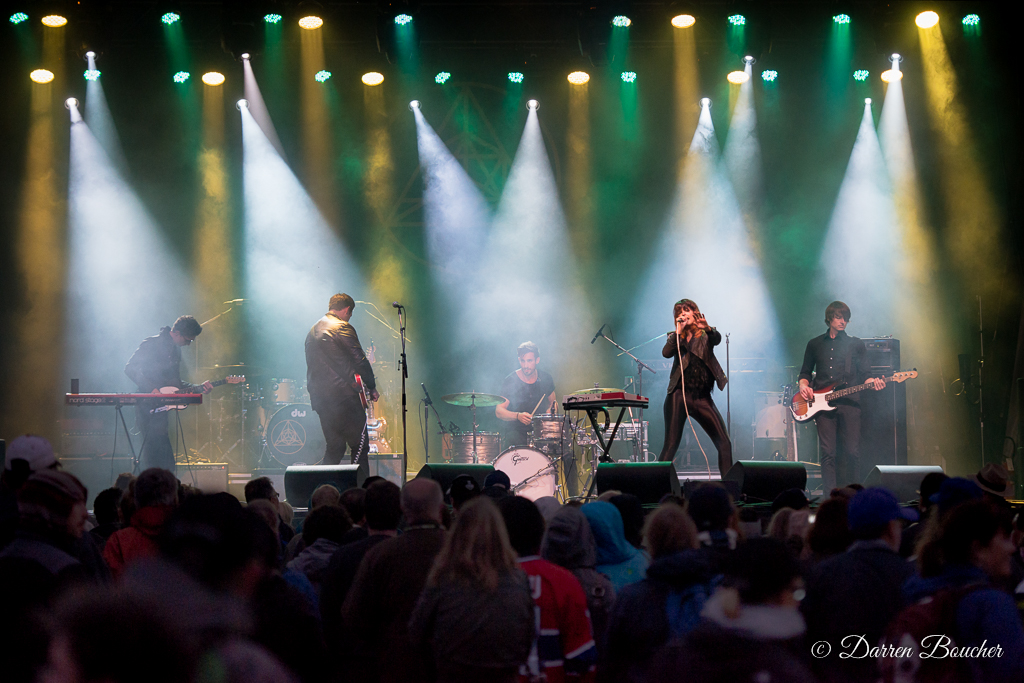 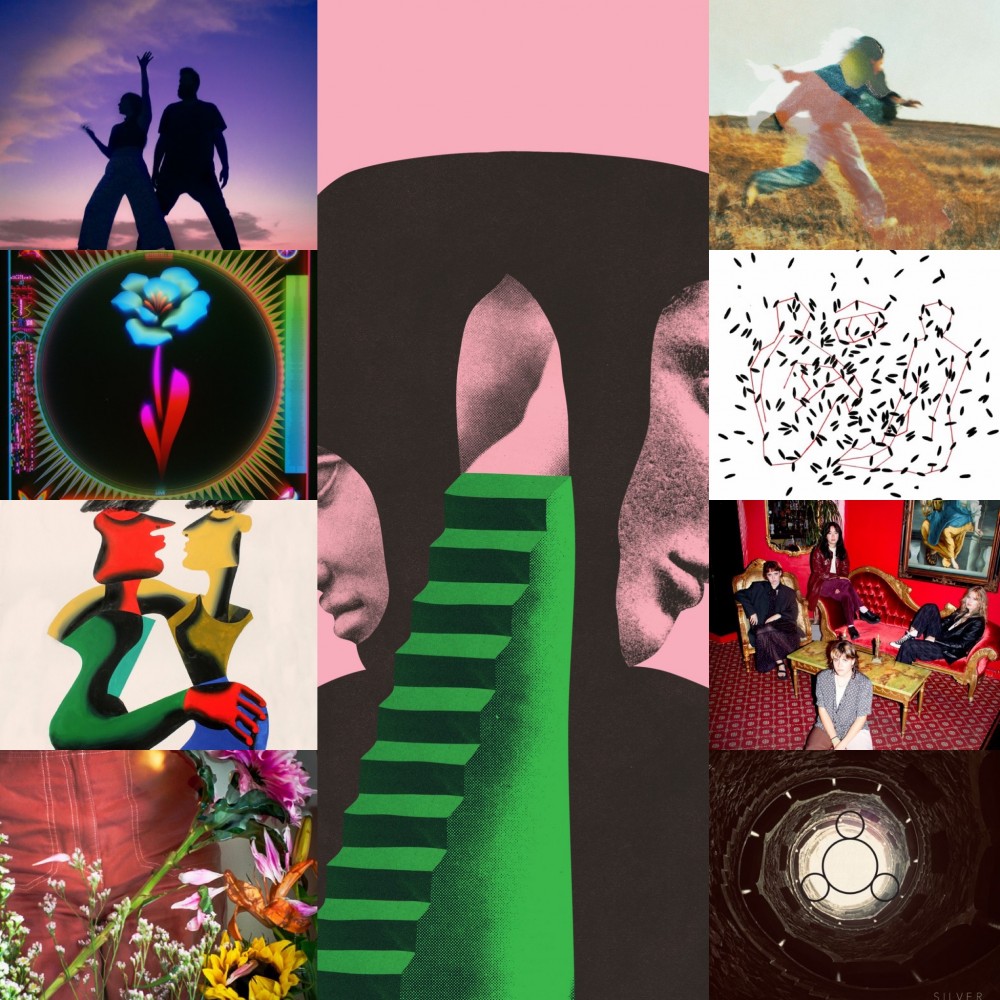