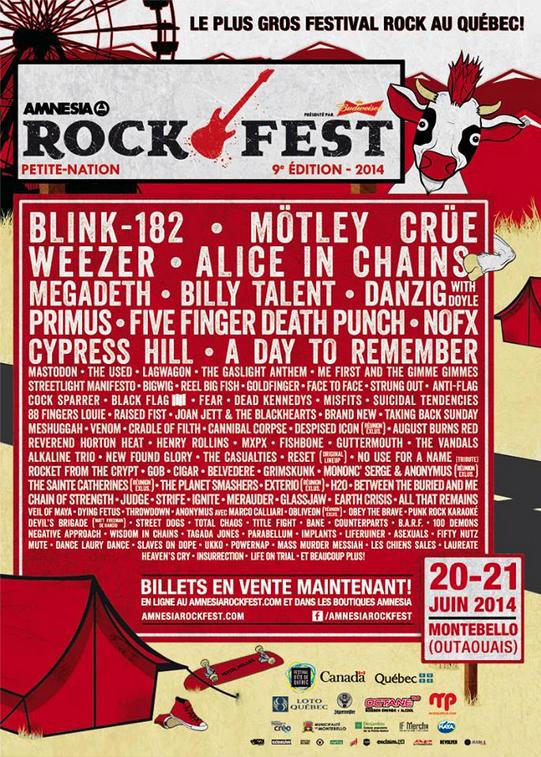 The Little Festival That Could: Rock lives on in Montebello

Good old fashioned rock is becoming a dinosaur on the festival circuit. In an industry dominated by folk rock, indie, EDM and other genres, the days of big guitar riffs, live heavy drums and overpowering vocals seem to be a fading memory.

Thankfully, for those of us that need to be saluted because we still like to rock, the annual Amnesia Rockfest in Montebello is right around the corner.

“We’re addressing a different crowd than some other festivals we have in the area,” says Rockfest spokesperson Mathieu Marcotte. “They’re all great festivals but for rock, punk or metal fans, Amnesia Rockfest is pretty hard to beat.”

With a line-up that includes Motley Crue (on their farewell tour), Blink 182, Alice In Chains, Megadeth, Weezer and many more, it is in fact hard to imagine any rock fan left wanting more.

“I never could have imagined such a line up when I was growing up in Montebello,” says Marcotte.

The line-up is especially impressive when one realizes that the Rockfest is reaching only its 9th year. What started as a simple rock show to entertain the locals in Montebello, has now become a musical juggernaut and it all stems from the ideas of Alex Martel, a young entrepreneur (several years away from his 30th birthday).

“At first it wasn’t really a festival, it was just a rock show in Montebello,” says Marcotte. “Alex decided to put up a show for the kids because there isn’t much going on for kids in Montebello. I said that’s a great project, how many do you expect and we got 500 people at the first edition and that was considered a tremendous success. That was the starting point and after that every year we’ve added bands that were bigger.”

Rockfest has gotten bigger every year but it has not always been a smooth transition. Rockfest 2013 became infamous for reports of overcrowding, lack of organizations and, in general, bad logistics.

Marcotte admits there were issues but is convinced that this year will be different.

“Some things out of our control happened. Some things we prepared for where we were confident there wouldn’t be problems ended up having problems,” says Marcotte. “We’re not a huge organization, if you go down to the core, Rockfest is basically one guy. So we looked around and said ‘which festival is going smoothly, now let’s get those people to help us and take care of logistics’. So we have partnerships with Le Festival d’été de Québec, P.Miron Consultants and Orchestra that will help with logistics.”

Other improvements include setting up big screens so everyone could see the show and mailing out bracelets to eliminate lines for festival-goers.

All things considered, Rockfest seems to be getting bigger and better every year with, from the outset atleast, this year taking the cake. Can they top themselves next year? Well anything is possible, if you believe Marcotte.

“I was asked four years ago about my wish list and I had 10 bands on it and now we’ve had them all so anyone and anything is possible at this point.” 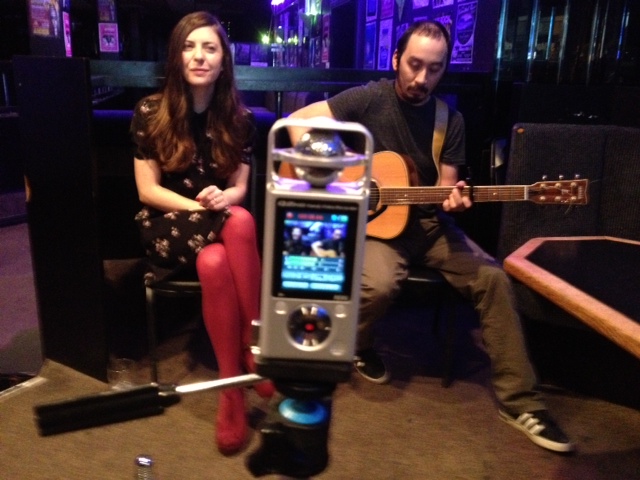 Your Monday Video: Shannon Rose and the Thorns 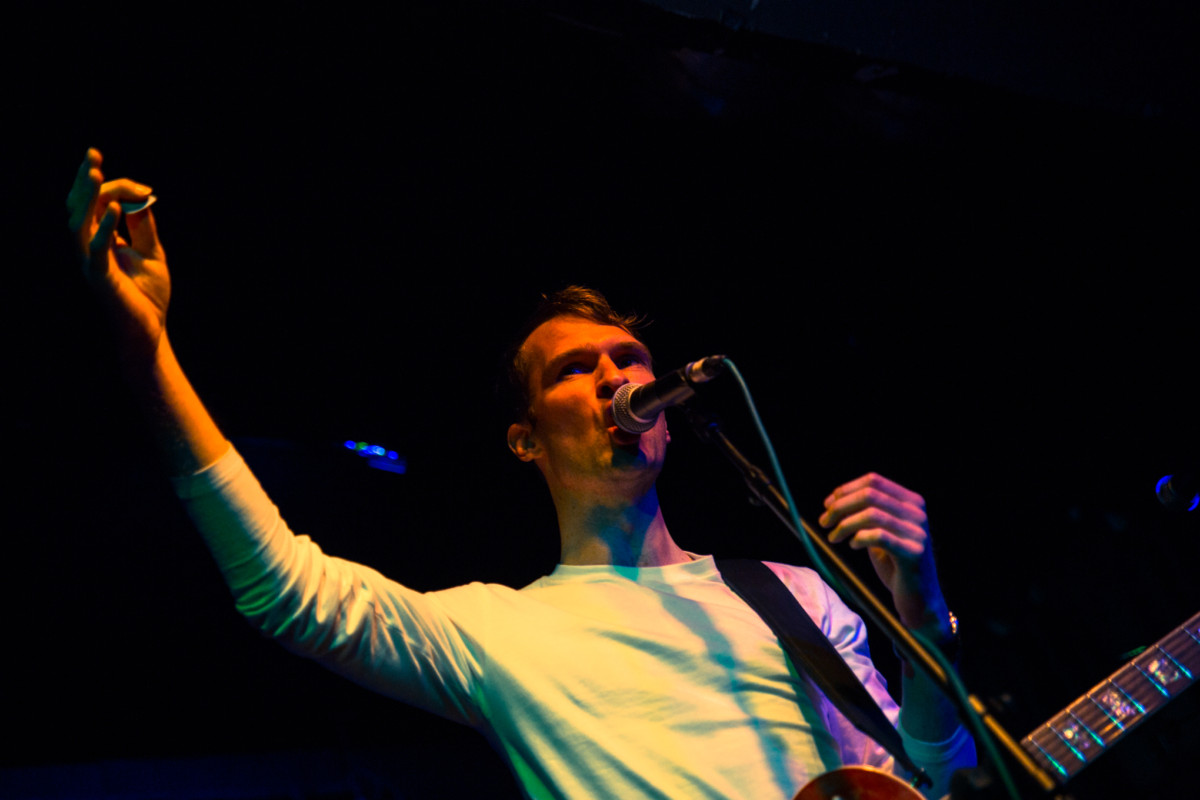