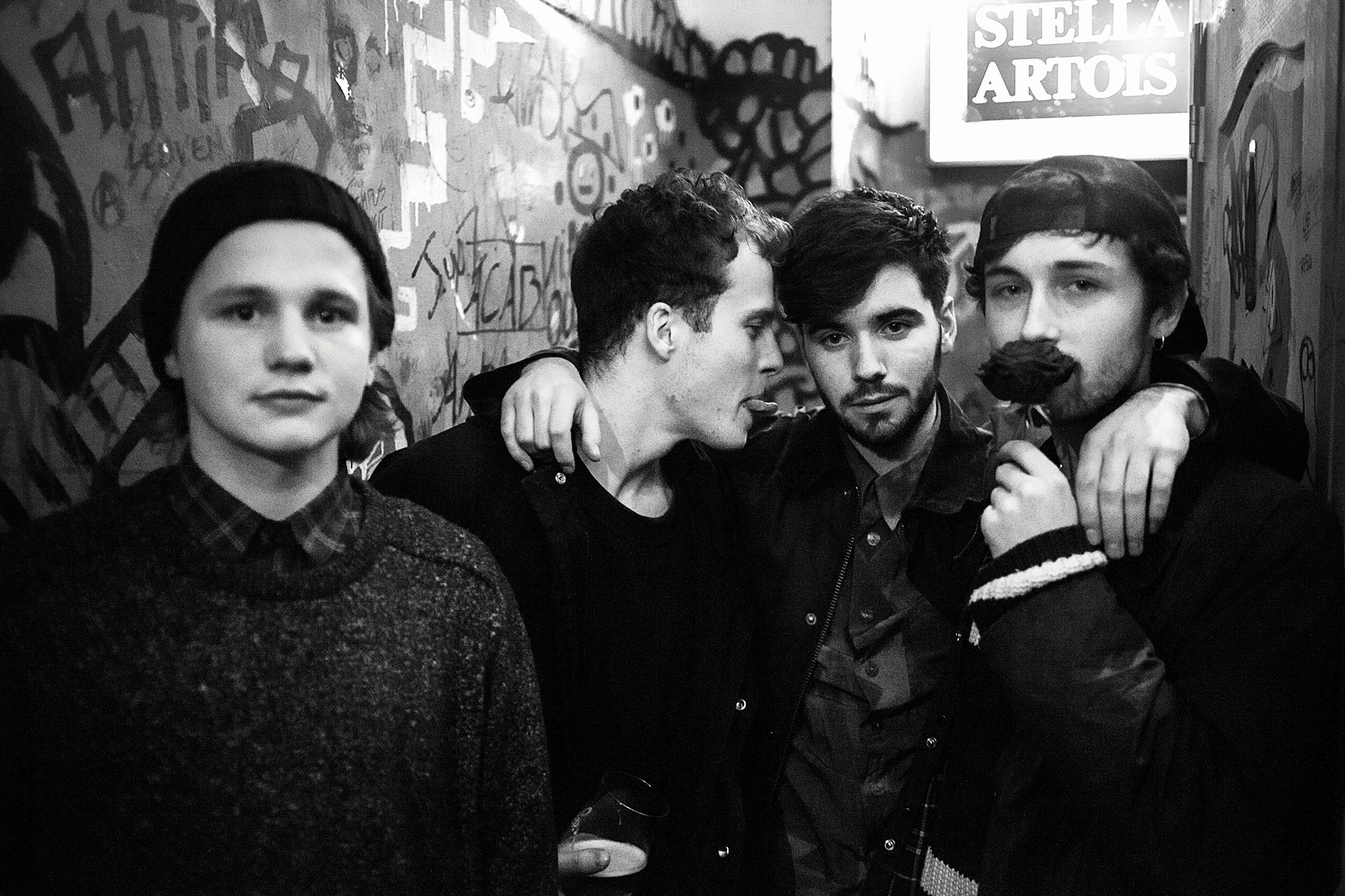 MOATS hail from the UK – Biggleswade, Liverpool and Leeds to be exact. They have been playing together for a few years now. MOATS just recently won a spot to play the ACL Music Festival this year courtesy of a contest held by NME Magazine. MOATS beat out many other unsigned bands for a slot to play in Austin, TX at the festival. I was able to ask them a few questions before they traveled over the pond last weekend to play their first performance in the US. I am really looking forward to their upcoming EP Rough, which should be coming out later this fall. 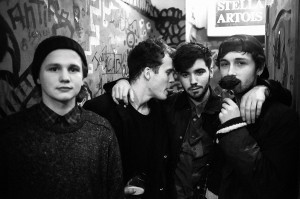 Pictured (From Left to Right) above are Matt, Nate, James and Will.

I read that Rough Trade NYC is going to be releasing some songs for you guys in the US, which is awesome. Are you guys working on getting on iTunes or Spotify soon?

We are hopefully going to get a release of the Rough EP on Spotify and iTunes. We are dead excited as it is in this current moment the best piece of artistic work we have put together : -). We hope it stays a favourite between us for a long time and we hope everyone loves it : -)

I do have to ask one ACL Festival question (OK two). Are you guys excited to make the trip over to the US? Is there anyone you would love to see play?
We are incredibly excited and somewhat nervous. We think nerves help, though, especially when performing live. Alcohol makes you think you rock and nerves make you want to try harder : -)
We can’t wait to see everyone we can lay our eyes on! Interpol’s new album is pretty fantastic, and it would be amazing to see them perform the whole piece live. We can’t wait for other artists such as Beck, Mac Demarco, Outkast, Gramatik, tUnE-yArDs, and Real Estate. We love festival environments, as there is so much going on around every corner. We don’t want to miss out on anything but when you’re interested by a lot of things it’s quite hard to keep your attention on one particular thing.
We’ll see what happens : -)
Is your goal as a band to stay unsigned and independent or really ultimately one day to have a label?
We would love to have a label release our stuff, but it would have to be a label that we can trust. We need to make sure that we don’t sign the first big deal that comes to us; otherwise, we can have a fallout and we don’t want that. We need to have a good relationship with whoever wants to sign us first. Maybe we’ll stay independent for a long time, but it does get a bit too much for a band and a manager to keep everything under control when there’s so much going on.
Depending on how the ACL Festival goes, would you guys apply to showcase at the SXSW Festival and come back to Austin?
WE WOULD LOVE LOVE LOVE TO PLAY SXSW FESTIVAL! It would be a dream! xxx
If you guys could have one tour or one dream festival to go to, who would be playing with you?
Woah! We’d like to support the local bands as much as possible. That would mean a lot to us, helping them gain a reputation within the industry. Bands like Netil and Maui. However, supporting Radiohead would be something out of this world for us. Maybe supporting Bob Dylan would be pretty amazing too : -)))
A line up with us, James Taylor, The Cure and Easy Star All-Stars would also be pretty crazy lol!
I am always thankful for bands that take some time to answer a few questions. I did see MOATS live last Friday and they were pretty amazing. If you love a tinge of shoegaze with some 90’s grunge rock mixed in as well – you need to check out MOATS. Their next EP Rough should be out later this year, and here is the most recent track from the album.
Website: http://moatsmusic.tumblr.com/
Facebook: Moats
Twitter: @moatsmusic