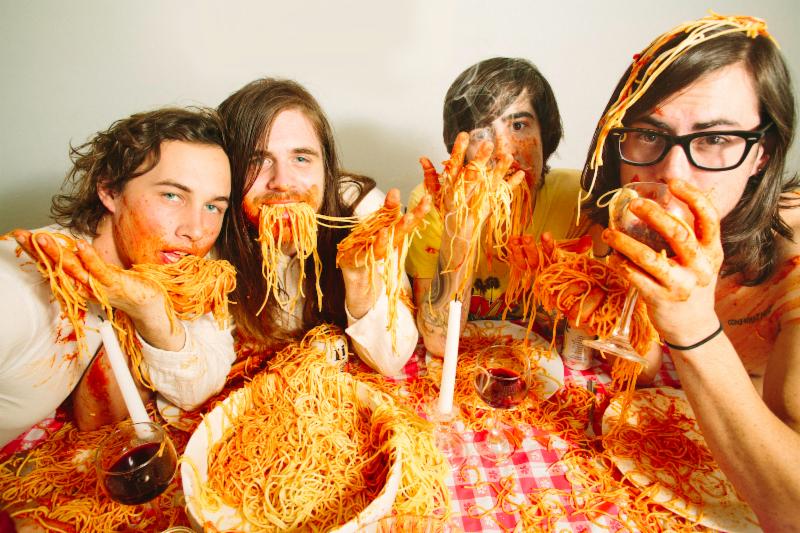 When you listen to an album for the first time, there are varying reactions. Often for me, I usually say, “That was pretty good” or “I need to hear it again”. Then there are moments where I yell, “F*&# yeah!” That’s what I uttered in my lonesome when I put on Meatbodies’ self-titled album on the weekend. When you’ve played with great indie musicians like Ty Segall and his project FUZZ and Mikal Cronin (who just so happened to have one of our favourite albums of 2013), one has a tremendous base to build upon and create a great record.

And that’s what Meatbodies (who once were called Chad & The Meatbodies) have done. Based out of Los Angeles and composed of Chad Ubovich (guitar and lead vocals), Patrick Nolan (guitar), Ryan Moutinho (drums), and Killian LeDuke (bass), Meatbodies is a little wacky but a whole lot of fun. It’s an album that rocks and rolls, that ebbs and flows in all directions, that has catchy pop-rock hooks, and that at times just melts your face.

The album is largely a salute to Bay-area psychedelic rock, which is the beauty of the album. Instead of trying to reinvent a genre that doesn’t require it, they’ve attempted to recapture the energy and rawness of their predecessors, although the first main track of the album, “Disorder”, leans more towards the psych-punk of Parquet Courts and Cloud Nothings and the groovy “Two” is akin to the Beatles-era psych-rock as interpreted by GOASTT.

The rest of the album, however, radiates of the gritty, reverb-laden sound of Ty Segall and his many projects, including FUZZ, such as the awesome “Tremmors” and the equally anthemic “Mountain” and “Gold”. Other tracks honor the spacey, psych-rock of San Francisco legends Thee Oh Sees, such as “Mountain”; “HIM”, and “Plank”.  Throughout the 11 tracks, the album doesn’t have a single low point, but instead scintillates across its 41 minutes. It’s an album that Segall, Cronin, and John Dwyer of Thee Oh Sees would be proud and maybe they yelled, “F*&^ yeah!” when they first spun the record.

Purchase Meatbodies’ self-titled album on iTunes, Amazon, and In the Red Records. Meatbodies are currently on tour, and upcoming dates are below. They’ll be playing with a range of great indie bands, including Twin Peaks and Purling Hiss. Catch them before they explode! 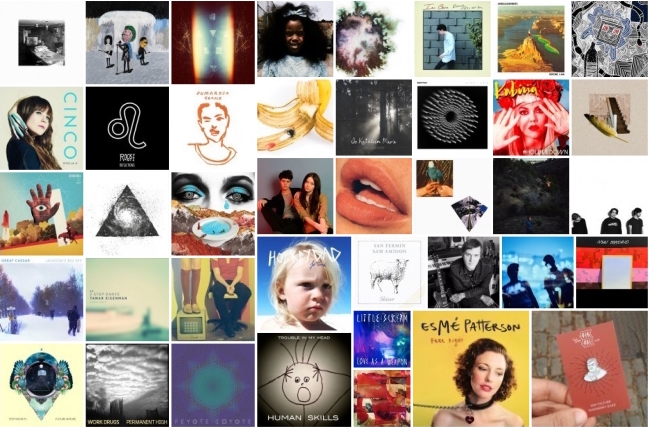