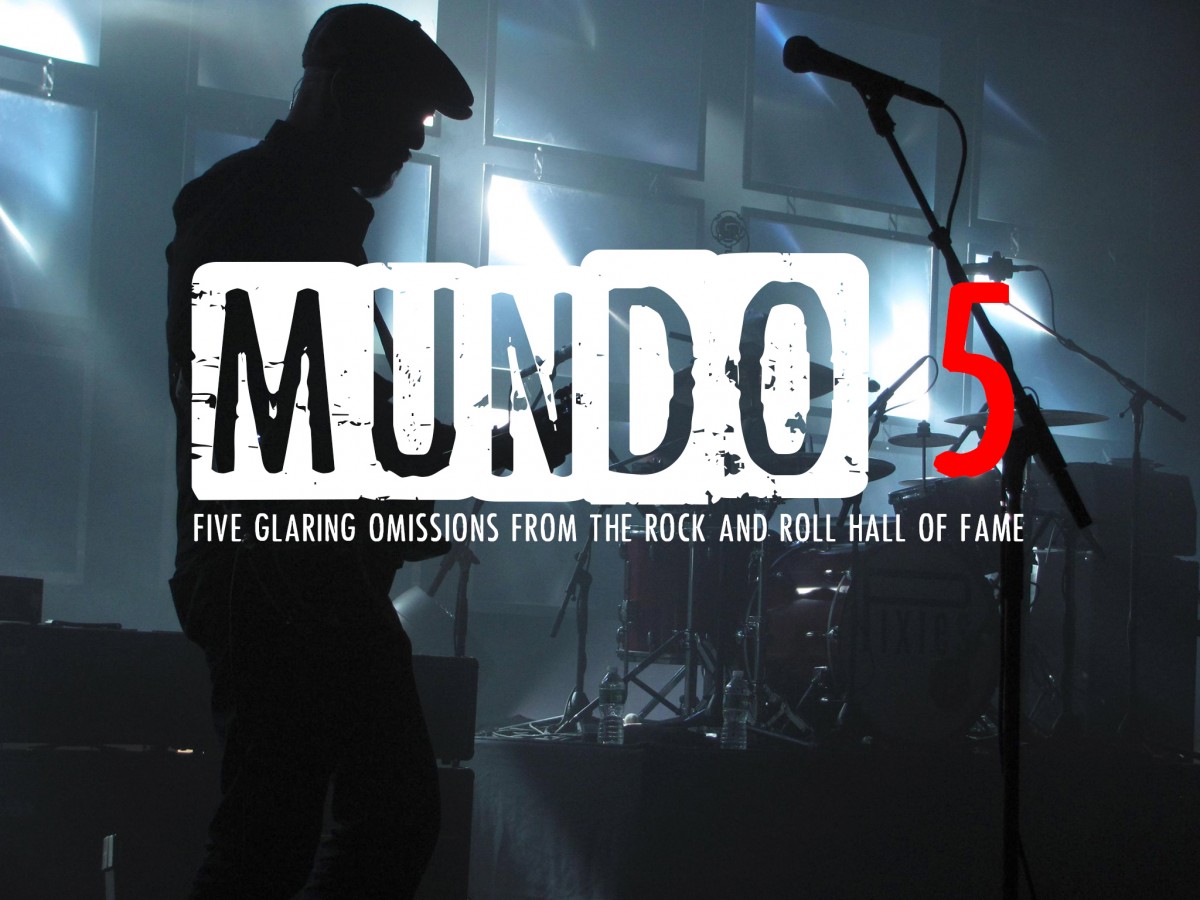 Last week, the Rock and Roll Hall Fame released its list of 15 nominees under consideration to be elected into immortality within its four walls. The public is invited to select up to five of the artists, and the fan ballot will make up one vote alongside those of the Hall’s voting members. The nominees are: Bill Withers, Chic, Green Day, Joan Jett & The Blackhearts, Kraftwerk, Lou Reed, The Marvelettes, N.W.A., Nine Inch Nails, The Paul Butterfield Blues Band, The Smiths, The Spinners, Stevie Ray Vaughn, Sting, and War. We would like to express our congratulations to all these fine musicians for their wonderful careers.

For all those who get inducted, there are always many left on the outside looking in. Today, we look at five glaring omissions from the Rock and Roll Hall of Fame, bands and artists who should have been immortalized. Lou Reed would have likely been on this list, so we’re happy to see him once again be nominated (of course, if he doesn’t get elected, he will be on this list). In the meantime, our list includes:

For nearly four decades – yes, 40 years! – The Cure have had a huge foothold on music, even when they weren’t recording new albums. They’re best known as being one of the forerunners of goth rock, but they are much more than just a single genre band. They’ve produced post-punk songs, anthemic rock tunes, and songs with extended jams that would make jam-bands like Phish and .moe envious. For that matter, they were the original jam band with them being notorious for extending songs well beyond 12 or 15 minutes with their scintillating jams.

Throughout their careers, they have brought us memorable hits, such as “Fascination Street”, “Lovesong”, “Pictures of Youth”, “Disintegration”, “Letter to Elise”, “A Strange Day”, “Friday, I’m in Love”, “Just Like Heaven”, and “From the Edge of the Deep Green Sea”. Distintegration, Wish, Bloodflowers, and Pornography are among the best albums of the past 50 years, and these albums and others have influenced the likes of Radiohead, The Smashing Pumpkins, U2, and TV on the Radio and newcomers like CYMBALS and Ages and Ages. It’s not surprising, however, that The Cure continue to be ignored for enshrinement as for most of their nearly 40 years they have been overlooked, yet their influence is vast.

The induction of Robert Smith, Simon Gallup, Roger O’Donnell, Jason Cooper, and Reeves Gabrels is long overdue, and like most music fans we would like to see The Cure play a 3-hour set during their induction ceremony. If the Rock Hall waits any longer, Smith might actually change his look or the band may dissipate, and it will be too late to truly honor this great band from Crawley, England.

How is Joy Division not in the Rock and Roll Hall of Fame? While they had a short career due to Ian Curtis’ death (1976 to 1980), they were one of the most influential bands of their era and still today. You can hear Joy Division in the music of bands like Jesus & Mary Chain Band, Arcade Fire, The Killers (who do a great cover of “Shadowplay”, Radiohead, U2, The Cure, Interpol, We Were Promised Jetpacks, Wolf Parade, and countless others. The band’s short career isn’t an argument for keeping them out of Hall of Fame since bands like The Smiths are being considered.

Another argument in favour is that New Order was formed by the surviving members of Joy Division (Bernard Sumner, Peter Hook, and Stephen Morris), and they’ve carved out a legacy that has spanned more than three decades. They remain the watermark against which synth-pop bands are measured. From older bands like Depeche Mode (mid- to late-80s and early ’90s) and Pet Shop Boys to modern-day acts such as Bear in Heaven and The Divine Fits  and even DJs/producers like Moby and Fat Boy Slim, New Order’s influence is extensive. Joy Division and New Order have left an undeniable footprint on music, and they deserve to enshrinement.

The fact that the Pixies are not in the Rock and Roll Hall of Fame is an absolute crime – which all of us at The Revue unanimously agree. The Pixies may actually be the most influential band of the 1980s. They have inspired countless number of bands, who in turn have gone on to change the alternative rock landscape. Nirvana, Weezer, and Radiohead are just three bands. Black Francis’ (Frank Black) songwriting is thought provoking and at times surreal. Joey Santiago, the lead guitarist, is criminally underrated. Kim Deal Is one of the most recognizable names in music, yet still underappreciated for her musicianship. And try to listen to Doolittle and tell us David Lovering isn’t an intense force behind the drumset.

Speaking of Doolittle, that record along with Surfer Rose were “the albums that changed everything”. They were the records that helped spawn Nirvana and Weezer. While this has been pointed a million times, the opening chords to “Smells Like Teen Spirit” sound suspiciously similar to “Debaser”.  That’s one hell of a legacy to leave, and Nirvana are already in the Hall. What?

The Pixies have had on-again-off-again reunions since 2004, and they did recently release a new album, Indie Cindy, in 2014. They’re a band that’s been accused of ruining their legacy by getting back together and releasing new music, but they haven’t really done anything criminal. Kim Deal split in 2013, but she was replaced by a very capable Paz Lenchantin. While there is no replacement for Kim Deal, Paz does a great job. Regardless of the band’s composition, their legacy is undeniable and it should be recognized with their immortalization in the Rock and Roll Hall of Fame.

The Replacements got a long overdue nomination to the Rock and Roll Hall of Fame in 2013, but didn’t make it in. Honestly, it’s one of the greatest snubs in any Hall of Fame’s history, which includes former major league second baseman Craig Biggio, who happens to be Rich’s favorite player of all-time, missed induction into the MLB Hall by a handful of votes.

Active from 1979 to the early 90’s, The Replacements, affectionately called “The ‘Mats”, became notorious for their energetic, unpredictable, and quite often sloppy live shows not to mention their wacky sense of stage fashion. They often would spontaneously play covers, regardless if frontman Paul Westerberg knew the words. In the studio, though, they released some absolutely incredible records, among the very best in rock and rock. Pleased To Meet Me and Let It Be were two of their best. Their blend of influences, ranging from Big Star (another HUGE Hall of Fame snub!) to The Ramones, were worn on their sleeves, literally (the band did in fact dedicate a song to Big Star’s Alex Chilton).

At the time of the activity, they were not nearly as appreciated as they deserved to be. They did amass a bit of a cult following, but nothing compared to say Phish. It’s only been in the past decade or so where their popularity has soared, thanks in large parts to their songs being licensed to different forms of media. In 2012, the band reunited and embarked on a huge world tour in 2014, and some shows featured Green Day’s Billy Joe Armstrong on guitar. And you know when a band is cool when Jimmy Fallon invites them. For that show, here’s the recently re-united lineup rocking out to “Alex Chilton”.

It’s great that Stevie Ray Vaughan is finally a nominee for the Rock and Roll Hall of Fame, but it is a long, overdue recognition which, unfortunately, will be a posthumous induction should he be elected. He arguably should have been enshrined in 2008 when he was eligible but has been passed over up until now. For Texans like Wendy, it was easy to spot this great blues rocker, who was an amazing talent on the guitar and brought a much-needed revival of blues into the rock ‘n roll arena.

SRV, as he is often referred to as, was born and raised in Dallas and learned to play guitar at seven, inspired by his older brother Jimmie (The Fabulous Thunderbirds). After playing in multiple Dallas-based bands, he formed Double Trouble in 1978 and came out with their first album in 1983. Double Trouble’s live performances gained them major recognition in the music world after opening for big names like Bryan Adams and The Moody Blues.

In addition to his bands, SRV played guitar on David Bowie’s 1983 album Let’s Dance and got flack for backing out of Bowie’s tour at the last minute. He has also played with some legends, such as Eric Clapton and Jackson Browne. A great story is that Jackson Browne actually invited SRV and his band to record their first album at his own personal studio after hearing them live.

Just as SRV’s career was gaining major momentum, he and 3 others were in a helicopter crash in 1990, which occurred immediately after an Eric Clapton concert. His tragic death secured his legacy in the music world, but future generations would unfortunately not have the pleasure of seeing him perform. Ten years after his death, SRV was inducted into the Blues Hall of Fame in 2000 and also won a Grammy in 1991 for the album Family Style. He is a legend not only in Texas – where there is a lovely statue of him in Austin, TX near Auditorium Shores – but a revered guitarist and musician within music circles.

It’s time for Stevie Ray Vaughan to be recognized considering he has influenced many of today’s great artists, including Gary Clark, Jr., John Mayer, Kenny Wayne Shepherd, Mike McCready, and Los Lonely Boys. Even bands like Van Halen and Widespread Panic often pay homage to SRV during their live shows. And just how great was he? Well, the video below of “Crossfire”, which was recorded live from Austin, TX, speaks for itself. 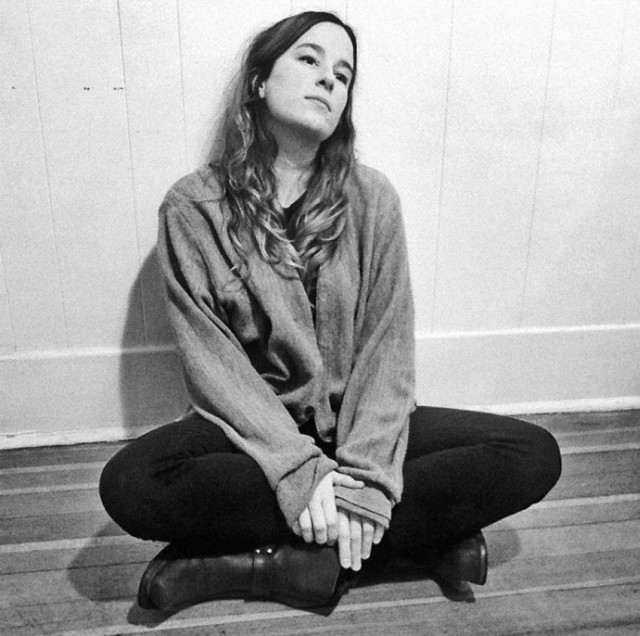