The indie scene in Nashville is arguably the fastest growing in North America, putting it just outside of New York and Austin and probably right alongside Portland and San Francisco as the most influential indie city. Musicians and artists such as TORRES (Mackenzie Scott), Christopher Wild, and more recently Joe Fletcher have moved to the “country music capital of the world” to hone their craft. Sharon Van Etten, as well, blossomed as a songwriter in the Nashville area.

There are also several musicians and bands that were born and bred in Nashville. The Paperhead is one of them and one well positioned for indie success. Formed in 2009 by Ryan Jennings (lead guitar, vocals); Walker Mimms (drums); and Peter Stringer-Hye (bass, vocals), who grew up as childhood friends, the young trio slowly developed a name for themselves in Nashville’s DIY scene, playing gigs across the city to improve their live performance and to further develop their psychedelic pop-rock sound.

Inspired by psych giants Pink Floyd, Soft Machine, and July, the trio released their debut album, Focus In On The Looking Glass in 2010, which was re-released in 2011 by Trouble in Mind after the band re-mastered the album. On Tuesday, The Paperhead will release their sophomore album, Africa Avenue, but this time as a quartet with the formal inclusion of former “spiritual advisor” Matt McQueen on organs and keys. The addition of McQueen sees The Paperhead expand their sound, which is still very much centred on psychedelic but there are more folk and southern rock elements on their latest album. Another way to put it – the album moves from Pink Floyd to GOASTT to Canadian indie rock favourites Sloan to early My Morning Jacket and with a dash of Mac DeMarco sprinkled in.

The name of the album, Africa Avenue, comes from the childhood street that the band hung out on, and the opening, title track is essentially a brief memoir of the times they spent there told through the prism of psychedelia. That is followed by “Eye for Eye” is a little zany with the cries of young children in the background. It’s quite an interesting and “eye-opening” beginning to the album.

The album gets stronger with each track. “The Old House” is where you can sense McQueen’s influence, as the addition of the organ helps translate this mellow psych-folk track into one with country sensibilities. It’s quite a beautiful marriage. “None Other Than” goes in the opposite direction. It starts off as a relatively straight forward, ’70s psychedelic tune before transitioning mid-song into the whirling psych-rock of the west coast, namely Ty Segall and Thee Oh Sees.

“Nasty Girl” builds on the psych-rock of “None Other Than”, but it’s more expansive and has even a touch of experimentalism with not one but two hallowing flute solos. The song is actually quite brilliant, as the flute transitions the song from full-blown rock out to a dreamy, floating quality.

“Mother May” resonates with the classic southern rock sound of The Black Crowes and early My Morning Jacket, showing the maturation of the Nashville quartet. The closer, “Frustration”, though, might be the album’s finest track. Hazy, infectious, and with a classic, psych riff, is anything but frustrating but rather a stellar song to end the album.

Africa Avenue is available tomorrow. Purchase it on Trouble in Mind Records, iTunes, and Amazon. 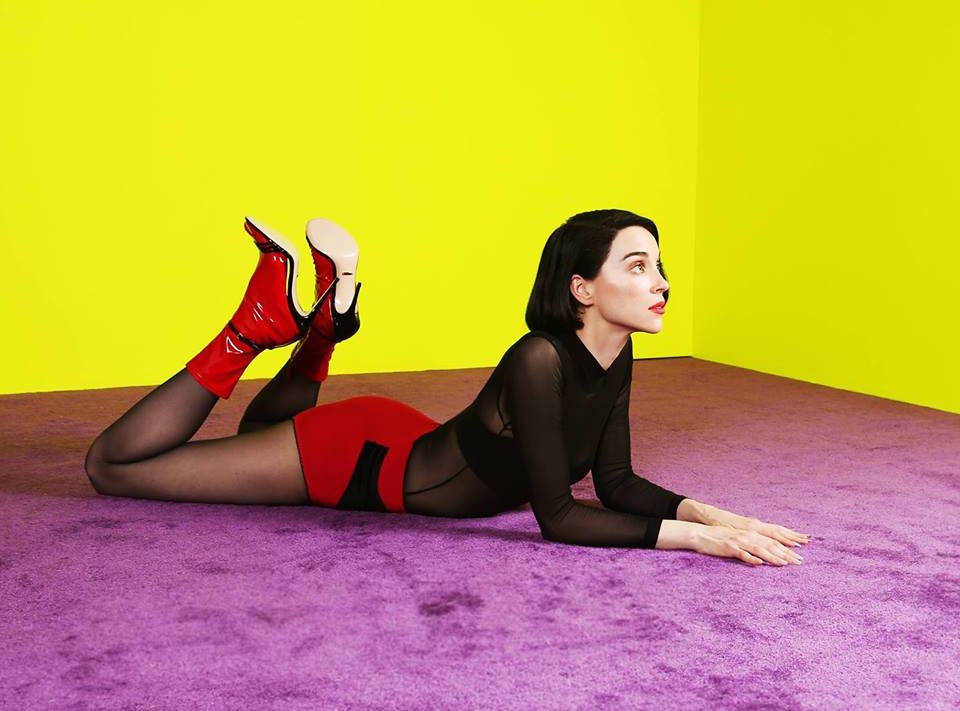