It’s been a huge week for The Decemberists, who are celebrating 15 years as a band and who on Tuesday released their seventh studio album, What a Terrible World, What a Beautiful World (read Michael’s review). In addition, Charlie Hales, the mayor of Portland, Oregon, where the band is calls home, announced that January 20 was Decemberists Day, essentially making Colin Meloy, Chris Funk, Jenny Conlee, Nate Query, and John Moen Portland’s favourite sons and daughter.

To add to the celebrations, we’ve decided to dedicate this week’s Mundo list to The Decemberists and every related to them. In other words, this list is like a Six Degrees of Separation, so we’ll be featuring our favourite tunes from The Decemberists themselves, Colin Meloy‘s solo work, Tarkio, Black Prairie, and the most recent addition, Eyelids.

“The Crane Wife” Suite, The Decemberists (performed by Colin Meloy)

Ask any fan of The Decemberists what their favourite album and songs are, and The Crane Wife and its accompanying suite of three connected songs would surely be in the top-3. Focusing on the suite, it’s a love fable in the mode of the Princess and the Frog. The suite is usually performed by Meloy when he’s performing solo. As you listen to the song, close your eyes and picture the fairy tale in your mind.

Decemberists fans will know who Black Prairie is. But if not, here’s a little background. The sextet ws founded by Chris Funk and Nate Query in 2007, and they brought along band mates Jenny Conlee and John Moen. Also joining them were Annalisa Tornfelt, who is currently with Bearfoot and formerly with The Woolwines, and guitarist Jon Neufeld of Portland-based bands Dolorean and Jackstraw. The band personifies a classic folk band with the standup bass, violin, accordian, banjo, guitar, and drums. The best song that illustrates this collective’s sound is the beautiful “Nowhere, Massachusetts”.

“The Mariner’s Revenge Song”, The Decemberists

“The Mariner’s Revenge Song”, from the excellent Picaresque, is probably the most audience-engaging song in The Decemberists’ catalog. When performed live, the song, which tells the story of a mariner surviving inside the belly of a whale (so think of a cross between Moby Dicks and Pinocchio), often sees audience members mimicking the opening and closing of a whale’s mouth, swaying side-to-side during the chase, and bobbing up and down throughout the lengthy song. Meloy may also incite the crowd to crouch, lie flat, and jump spontaneously. The track is brilliant storytelling and the live experience is memorable.

A couple of years ago, John Moen joined members of Guided by Voices, The Minus 5, and Stephen Malkmus and the Jicks to form Eyelids. The band focuses on smile-inducing, buzzy psychedelic pop. They’ve released a couple of EPs and an LP, 854. It’s not your typical sound that you would associate with The Decemberists, but it retains the core features of the band – fun, catchy, and engaging. By the way, you can download “Psych #1” for free.

Before Colin Meloy was part of The Decemberists, he was in a band called Tarkio. A few years ago, a compilation of Tarkio recordings called Omnibus was released.  It’s amazing listening back and hearing how talented of a songwriter Meloy was, even back in the 1990s.  There are a lot of great tracks, “Caroline Avenue”, “Sister Nebraska” and “Neapolitan Bridesmaid”, but one of the stand out tracks from Omnibus is “Save Yourself”.  Lyrically, this track is arguably one of the heaviest Meloy has ever written. It’s full of emotion and pain.  You can listen to the studio version here, and check out a live version with the Decemberists below.

What A Terrible World, What A Beautiful World is out now and can be purchased at www.decemberists.com, iTunes, and Amazon. 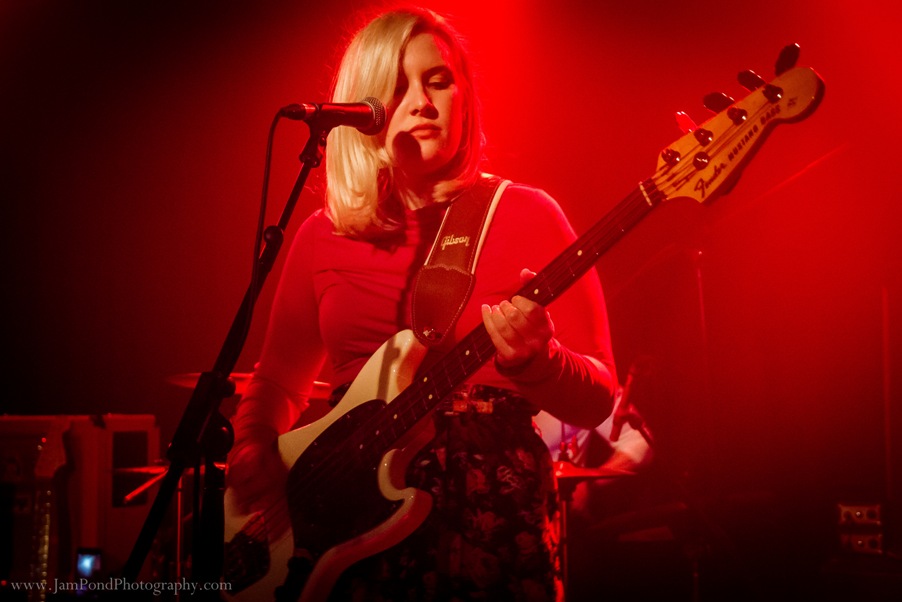