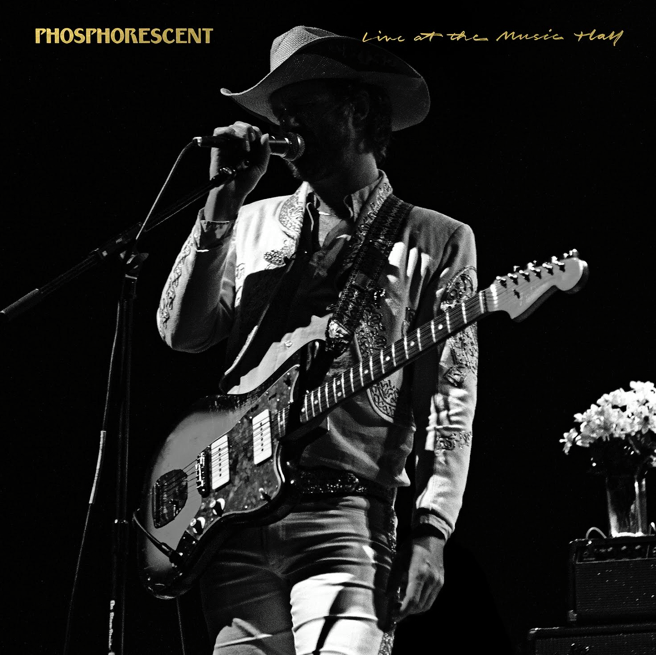 Phosphorescent’s Live At The Music Hall may go down as the greatest live album of this generation. This is a veteran songwriter, Matthew Houck performing with an incredible live band, performing music new and old on the last four nights of a long tour in their hometown.  It’s a perfect storm of a songwriter and his band at the top of their game, and a perfect feeling surrounding the record.

A lot of Live At The Music Hall is centered around 2013’s Muchacho. The four nights in Brooklyn were the end of Phosphorescent’s tour in support of the record, and the live versions of these tracks are just incredible.  The version of “The Quotidian Beasts” is mindblowing, and the way the audience goes silent for “Muchacho’s Tune”, then comes back in at the end is amazing.

And while Muchacho is represented quite well on Live At The Music Hall, Phosphorescent digs into their deep back catalog. Houck loops his voice over and over to create an unbelievable version of “Wolves”, originally off of 2007’s Pride. It also features an epic performance of “Los Angeles” from 2010’s Here’s To Taking It Easy.  The whole thing is wrapped up quite nicely with a roaring version of “At Death, A Proclamation”.

I had the pleasure of attending one of these shows in person, and the feeling of those shows really comes through on the recordings.  Over the four nights, Phosphorescent recorded about 10 hours of music and chose 19 of the best takes from these shows. It shows, every song feels powerful, every song has energy, and every song is top quality.  Again, I feel like this will go down as one of the greatest live records of this generation. In my opinion it’s up there with some of the most timeless live records, Live At Leeds, or Okonokos. This is an account of a band that is at the absolute top of their game, celebrating their success and their long journey to achieving it.

Take a listen to “Los Angeles” and “Nothing Was Stolen” below, and be sure to pick up Live At The Music Hall on February 17. 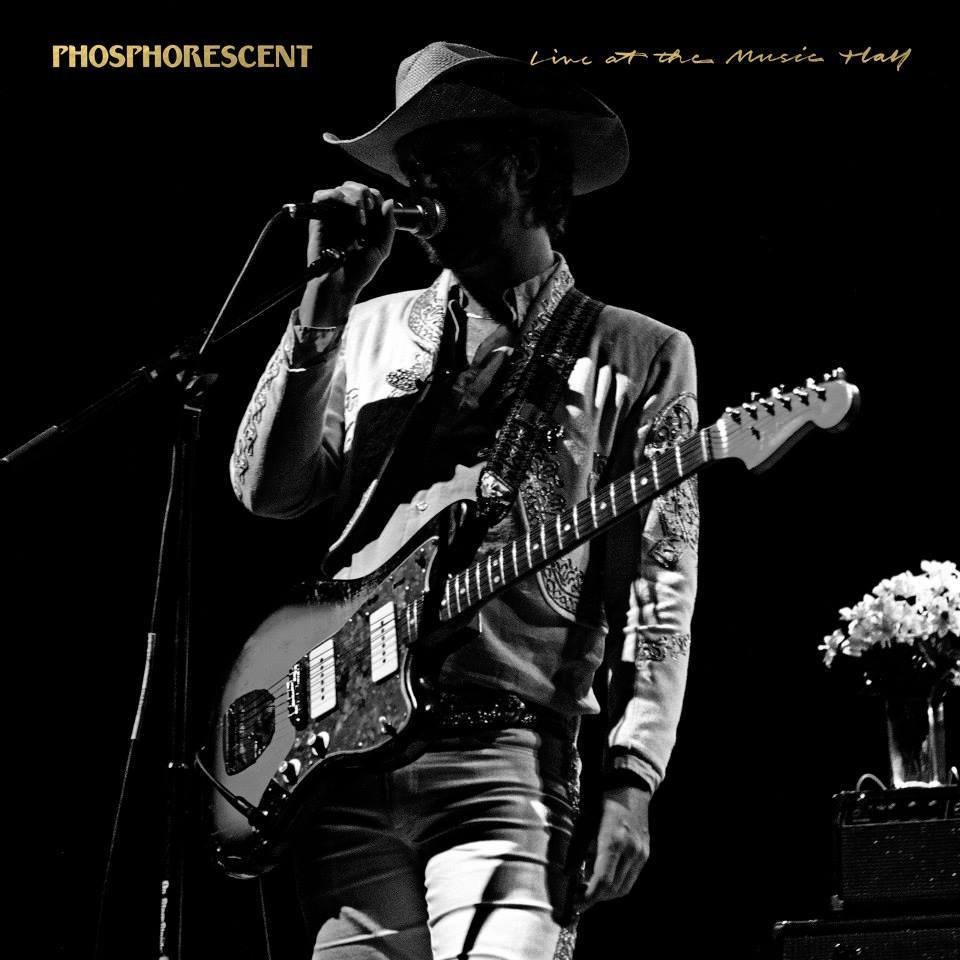