With today being Friday the 13th and tomorrow Valentine’s Day, we decided to combine the two days and create our Sad Suckers Soundtrack. This list basically consists of tracks that could be heart-wrenching breakup songs,about true love, or songs that feel like someone has stuck a dagger in your heart and twists and twists and twists relentlessly until you yell for mercy.

So with that, Happy Friday the 13th and we hope you have a wonderful Valentine’s Day (but don’t be suckered into the overpriced dinners).

Three weeks ago, we had featured Sarah Bethe Nelson‘s “Paying” on our Weekend Showcase, and the track is so good that we had to put it back on once again. It’s a gorgeous, heartbreaking, breakup song. The San Francisco singer-songwriter’s debut album, Fast Moving Clouds comes out March 10 on Burger Records. As we mentioned at that time, there really isn’t a single adjective to describe this track. It’s honest, it’s sad, it’s painful, it’s brilliant. ~~~ Ben

If you’re having a bad day and are getting over a messy breakup or maybe you just need a laugh, this classic from Ben Folds Five will do the trick. It’s probably THE breakup song of our generation – any generation. ~~~ Kevin

Elbow, “The Night Will Always Win”

Like My Morning Jacket’s “Dondante”, this song from 2011’s Build a Rocket Boys! is about a departed friend that moved me long before I knew the background story. Our hearts and ears can detect even the most subtle elegiac tones when we hear sad songs, and an ordinary sad song becomes a nostalgic tearjerker once we learn of its significance to the singer. I love that Elbow‘s Guy Garvey doesn’t deny that he misses his friend (the chorus begins with “I miss your stupid face”), but rather he wisely realizes that his heart cannot handle missing him at night. Sadness and darkness are formidable foes of the brokenhearted. The stark simplicity of the song makes it even more powerful. ~~~ Hollie

The Stone Roses were such a brilliant band but sadly only produced two albums during their time as band.  Even with their limited amount of material they easily penned one of the greatest heart felt love songs of all time – Ten Story Love Song.  Ian Brown is singing about unrequited love when he states “Take my hand baby, I’m your man /I got love enough for two.”  Later he pleads – “As you’re lyin’ awake in this darkness /This everlastin’ night /Someday soon, don’t know where or when? / You’re gonna wake up and see the light”.  Surely every Sad Sucker has felt that way.  The object of their affection will one day wake up and return their love. ~~~ Michael

The Tony Rich Project, “Nobody Knows”

Do you remember “Nobody Knows”, the classic tear-jerker of an R&B song by The Tony Rich Project? Reaching as high as #2 on the Billboard charts in 1996, the song can be interpreted as a man who has had his heartbroken because of decisions he regrets or it could be heard as a father’s love for is estranged daughter during his battle against cancer. This is one of those songs that will speak to you which ever way your heart allows. ~~~ Christina

Jacob Hudson, “I Miss the Times”

Jacob Hudson is a 19 year old singer-songwriter from Florida, and his recent sophomore release of The Tomb last month is a lovely collection about past relationships and also songs about transitioning into new ones. “I Miss the Times” is a great track that speaks to a lost love that you are still mourning, but you also know that it could never actually work out and it’s time to move on. With Hudson’s soothing vocals and subdued accompanying harmonies, this one might actually elicit some mourning of your own. ~~~ Wendy

Lucius, “How Loud Your Heart Gets”

From their stellar album 2013 debut album, Wildewoman, Lucius‘ “How Loud Your Heart Gets” leaves me in chills, especially the chorus. The song is about finding your true love, but we never find out if the protagonist’s affections are reciprocated or if he is even found (“You’re a million miles away and I still hear you. I’m going, going, going, going to get you!). It’s a feeling we’ve all experienced, where our hearts become lodged in our throats and it beats quickly and loudly when we see the flame. We never know, though, if the protagonist in this song wins the heart of the one she has eyes on. Imagine if he didn’t? Ouch! ~~~ Ben

Sharon Van Etten may be the most fitting artist for this list. But since we can’t nominate an artist’s entire discography, or even a whole album, I’ll pick my favorite song of hers. “Tornado” is one of the most heartwrenching tracks off of one of the most devastating records I’ve ever heard, her debut, Because I Was In Love. This is from a time before Van Etten became known for her slow build indie rock with assists from the likes of Aaron Dessner, Adam Granduciel, and Zach Condon. Not that there’s anything wrong with that, but this is just Sharon Van Etten and her guitar. And at the end of the song she delivers a line that just gets me every time, “I’m a tornado, you are the fences that will fall but still surround me”. Ugh. ~~~ Rich

Few things are as therapeutic for me as the plaintive wail of a love-scorned Irishman. Whether it’s Van Morrison, Damien Rice or Glen Hansard (whether solo or with The Swell Season or The Frames), those are my go-to guys when my soul desperately needs a melodic tonic. This particular song is like a sucker punch to the gut because anyone who’s ever been on the receiving end of the “I don’t love you any more” conversation can relate to his agony. I can usually hold it together through most of this song until the steady crescendo near the 2:00 minute mark when he half-sings, half-cries the title. Cue the angry waterworks. ~~~ Hollie (please excuse Hollie as she gets some Kleenex).

This mesmerizing track by Wellington, New Zealand’s Black City Lights is spine-tingling. It’s like the intensity between two lovers who want to get away but cannot. Imagine falling in love with someone but knowing that you cannot have her. That’s the feeling exuded in this awesome track, where Julia Catherine Parr’s voice and Calum Robb’s synths create a mood that is intoxicating, tense, and unsure. ~~~ Ben

This song from the superb The Bends (1995) doesn’t seem particularly sad at first, and that is its understated genius. Thom Yorke croons that he “can feel death, can see its beady eyes”, so yeah, there’s that. This song has a dignified melancholy to it, as though he knows death is inevitable and he is powerless to do anything but acquiesce. That kind of despair turned into song occupies a special sonic realm of Joy Division-level sad. But unlike Joy Division, this has a positive, cathartic ending: “immerse your soul in love” is one of my favorite Radiohead lyrics and a beautiful credo. I sobbed uncontrollably when Radiohead performed this song live the first time I saw them. That’s how powerful this song is for me. ~~~ Hollie

Antony and The Johnsons, “Hope There’s Someone”

From their 2005 release I Am a Bird Now, this stellar song from Antony and The Johnsons contains lyrics (“Hope there’s someone who’ll take care of me when I die”) that are tear-inducing on their own. However, once I hear Antony’s voice trembling, I’m a goner. I’m going for more Kleenex. ~~~ Hollie

Roy Orbison, “Only the Lonely”

With Roy’s signature vocals and lyrics that include, “There goes my baby, there goes my heart”, this is a timeless track to help drown your sorrows in after a heart wrenching breakup. After all, only the lonely knows why Orbison cries. The track is not without hope though, with Roy contemplating “Maybe tomorrow, a new romance.” Until another chance on love is taken, you can cry with Orbison and sooth your heart a bit. We have all been there. ~~~ Wendy

Richard Ashcroft and The Verve could crank out some amazing ballads and Sonnet is one of their absolute best and seems perfectly suited for Sad Suckers list. With the lyrics like “Yes, there’s love if you want it /Don’t sound like no sonnet / My Love” clearly this is an open invitation for love if not a desperate plead to have love reciprocated. As the song starts to wind down Ashcroft sings “I think you should know by now”. It appears that his love should be simply known but perhaps that is what makes it sad. Don’t we often assume the people we love know our feelings and perhaps we should take the time to simply tell them. ~~~ Michael

My Morning Jacket, “I Will Be There When You Die”

Having one’s heart broken is always tough, but saying goodbye to a loved one is the biggest loss any person can experience. No one has captured that essence of that moment better than My Morning Jacket with “I Will Be There When You Die” from the brilliant Tennessee Fire (1999). “As long as you keep a straight face, I will be there when you die”. Unfortunately, I can never keep a straight face when I hear this track. It leaves me in tears as Jim James bellows the chorus, standing alone of the stage strumming each note delicately until the final refrain. When he performed this in 2012 at Red Rocks and walked towards the back of the stage and each note echoed off the intimidating red boulders, there wasn’t a single dry face in the crowd. It was a moment I’ll always remember. ~~~ Ben 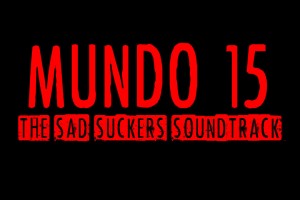 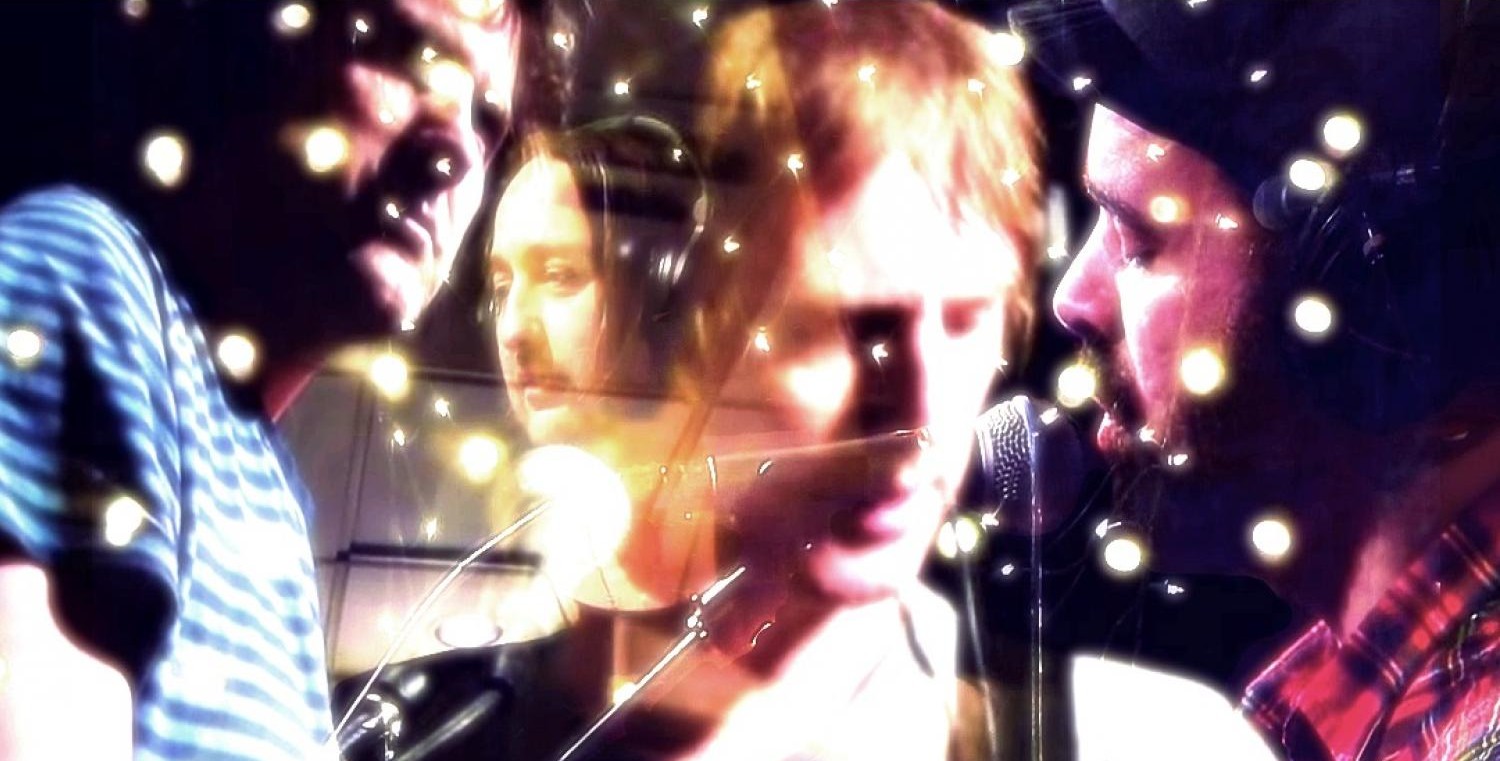