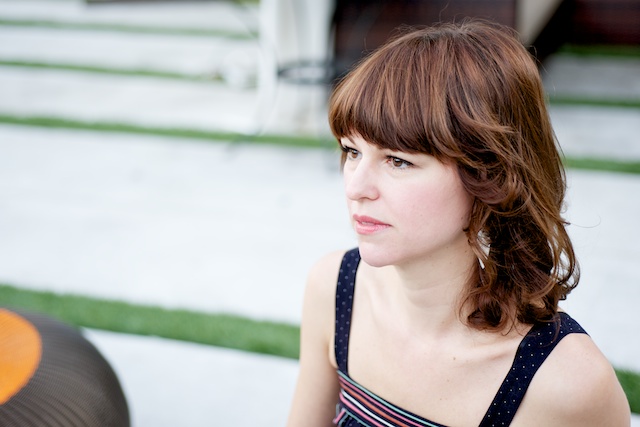 2015 is barely 10 weeks old, yet there have been plenty of great albums already released. However, there are only a handful of albums that have been truly mind-blowing, ones that leave a lasting mark well after the first listen and that you have to spin over and over again. Sarah Bethe Nelson‘s solo debut, Fast-Moving Clouds, is one of those albums that truly is awe-inspiring.

It isn’t so much that Nelson blows you away with cathartic riffs and anthems like Viet Cong did; with dreamy, lush melodies like The Amazing; or weave a multi-genre masterpiece like Malka’s The Constant. Instead, she captivates with honest, real, and poignant songwriting that is personal and intimate. And despite Nelson’s whispery voice and the infectious quality of some of the songs, beneath it all lies a grittiness, a confidence, and an exclamation of perseverance and self-fulfillment. The album may have taken a few weeks to to be written but a lifetime of stories to be realized (see more below in the Q&A with Sarah Bethe Nelson).

This is probably no more apparent than on the opening track, “Start Somewhere”. With the roll of the drums and the entry of a deep bass line, the song paces along like a heart beat, providing the perfect backdrop for Nelson’s feelings of being entrapped and her search for an escape. However, the way out may not always be the best course of action. In the opening refrain she sings:

But in the closing stanza, she reveals her uncertainty:

The first thing I look for are signs of a trap door
I could fall forever and not stand here anymore
I could write out some checks, pay off all my debts
Forget my sins and hold up my hand
Maybe start somewhere…

She takes the opposite approach on “Every Other Sunday”. Starting off as a brooding, indie-rock track, Nelson’s voice rises with an ethereal quality above the dreary tone. Lyrically, however, it is a song about hope and possibilities. But as is Nelson’s nature, it is a reserved, cautious optimism until the very end when the track turns into a psychedelic burner – one that doesn’t quite go off with bravado but is instead restrained. By curtailing the ending, it gives the music a spiritual, dreamy quality as oppose to a cathartic one.

“Black Telephone” is probably the most playful track on the album. It’s the cat-and-mouse game of love, as one tries to catch the eye of the one with whom she is infatuated. It’s a fun track and quite assuming with the “Black Telephone” being what separates her from connecting with the one.

The single, though, that will garner the most attention, and rightfully so, is “Paying”, the lead single. It’s one of the best songs of the year to date. The lyrics are forthright, and the sound of Nelson’s brittle and vulnerable voice add to the emotional roller coaster that is “Paying”. It’s simply brilliant.

And whereas “Paying” may stop your heart, “Fast-Moving Clouds” is exhilarating. With a psych-rock rhythm a la Tame Impala, the song is the edgiest on the album and the one you can hear Nelson sing with a touch more anger and frustration. The feelings of betrayal and disloyalty reverberate throughout the song. Using “Fast-Moving Clouds” as the title is clever, depicting the frailty and fluidity of love, trust, and honesty.

The feelings of wont and unreciprocated love are heard on “Uneasy”, a beautiful, jangly, little roots-rock tune. The closer, “We’re Not Dead”, is a ’70s-inspired, psych-rock tune. It’s the one track that comes closest to being an anthem, and it is a superb bookend to the album, leaving the listener on a high and knowing Nelson is looking forward and not behind.

The whole album is almost biographical. It seems as if Nelson has come full circle in the album’s nearly 40 minutes – from questioning her existence to struggling with her situations and emotions to finding peace and optimism. It is an album that we all can relate to, and an album that will leave a lasting imprint.

Fast-Moving Clouds is out Tuesday, March 10 on Burger Records. Get it also at iTunes and Amazon. or hear the stream on Stereogum (only until Tuesday).

Follow Sarah Bethe Nelson on Facebook and Twitter. If you’re going to SXSW, go see her, as she’ll be playing a few gigs. But before you go, get to know her a little in our quick Q&A below. 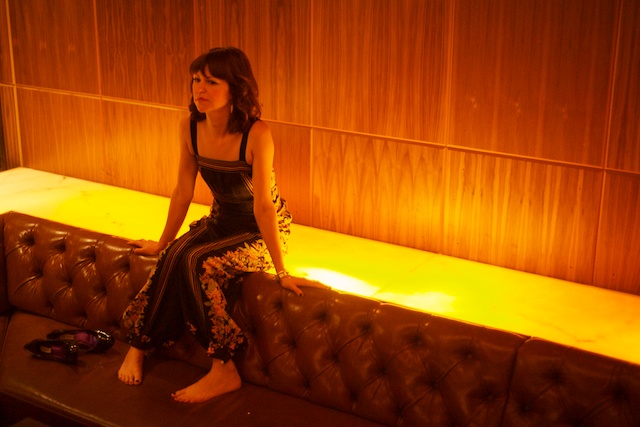 1. For those residing outside the Bay area, there’s so little known about you other than you tended bar in some of San Francisco’s nightly establishments plus performing with local roots-rock band Prairiedog. So two easy questions, how long have you been writing and performing music? What are some of your favorite places to perform in the Bay area?

I’ve been writing and performing music for about 12 years, I think. In San Francisco, a newer venue I really love playing is The Chapel. It’s great. The Cafe du Nord was a wonderful spot, but it sadly was sold and is no longer the venue it once was. And, of course, my home stage is at The Make-Out Room.

2. In writing and recording Fast-Moving Clouds, how long did it take you to complete it? How did it all come together – was it a long process or one that came quickly?

Each element was actually really quick, but they were spread out over about a year or so. It started early in 2013 when I was feeling like it was time for a new project. I was offered a show a month away, and I decided that would be the time to unveil the new project. I realized, however, that I only had a couple of new songs, so that lit a fire. During the month leading up to the show, I had to write enough material to have a whole set. That was April of 2013. About half the songs from the record came out of that month of writing

We didn’t record the songs until the winter. We recorded when Kelley (Stoltz) had free time in his studio, and it was mostly me, Rusty Miller, Kelley Stoltz, Dylan Edrich, and my friend and co-worker Garett Goddard, who lives right by Kelley’s place. Garett came over and ended up playing drums on almost the whole album. James Kim played drums on “Black Telephone”, and Jamin Barton played some recorder on that track as well. It came together really well and it was a pleasure to record with all of them. We’re all good friends and I’m lucky to have them on the record.

We finished recording at the end of January 2014, and I sent it off to my pal Mikey Young in Australia to be mixed and mastered. I worked on the artwork in the spring with Rich Good, who did the layout and design using the image of a painting by the wonderful local artist Deirdre White for the cover. The whole thing was finished in May of 2014. Burger called in June and am very happy to say it comes out March 10, 2015!

3. Some of the songs reflect your time as a bartender. How much of the album is about your personal experiences and those of people whom shared their stories with you?

I’m sure that I am influenced by the stories I see and hear around me, but this collection of songs are all my own experiences. It’s a very personal record that came out of a time of a lot of change and uncertainty.

4. You’re about to set foot on the massive circus known as SXSW. What are your feelings about playing to thousands of music lovers and industry folks throughout the week? How are you preparing for the adventure? And what are you most looking forward to and what do you most fear?

I’m really looking forward to getting out and playing a bunch of shows. SXSW is a little daunting… I’m not a big festival goer. And I think the last time I was at SXSW was in 1999. I hear it’s changed a bit during this century. Haha! Mostly, I’m just happy to play. I really love my bandmates and am looking forward to driving through the desert and playing and having strange adventures and taking a break from being behind the bar.

Let’s see… How am I preparing for it? I rented a car and got my shifts covered and put new strings on my guitar. What I’m most afraid of is how much I’m going to miss my mean, old chihuahua Yuba while I’m away. Someday I’ll take him on tour with us but not this time.

5. Finally, if there was one lyric on your album that would best describe who you are to the world, what would it be? 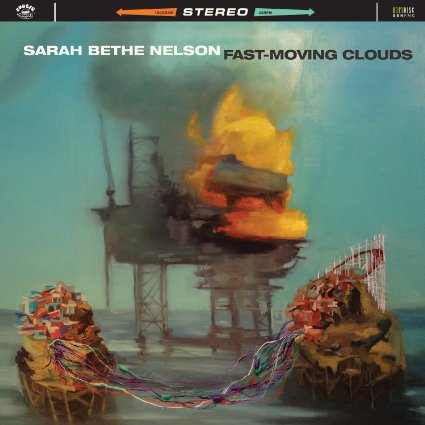 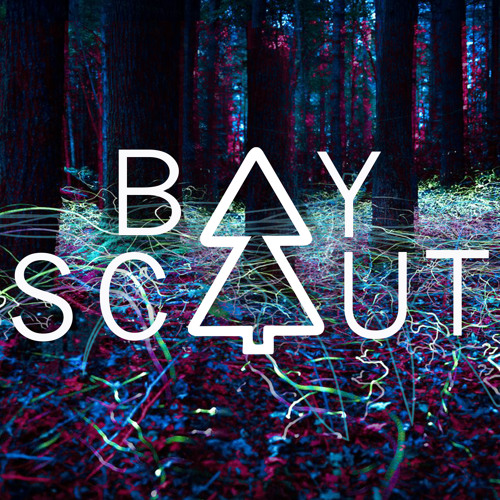 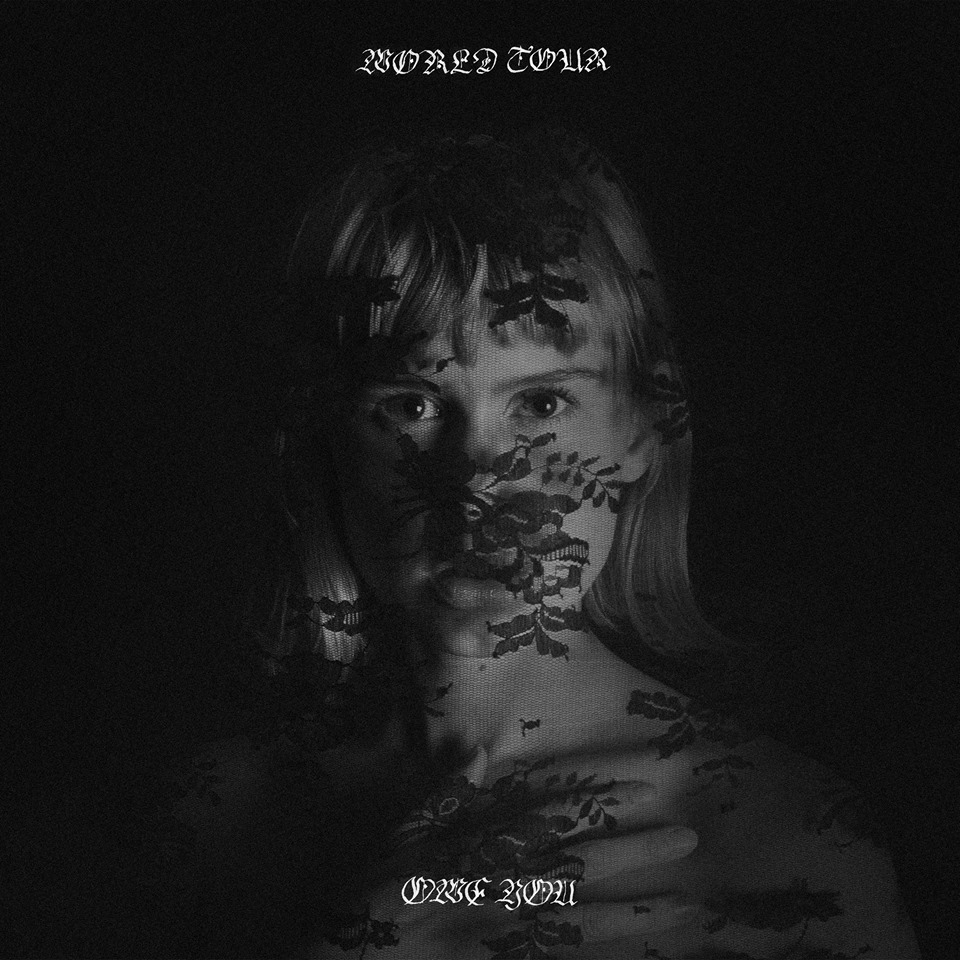