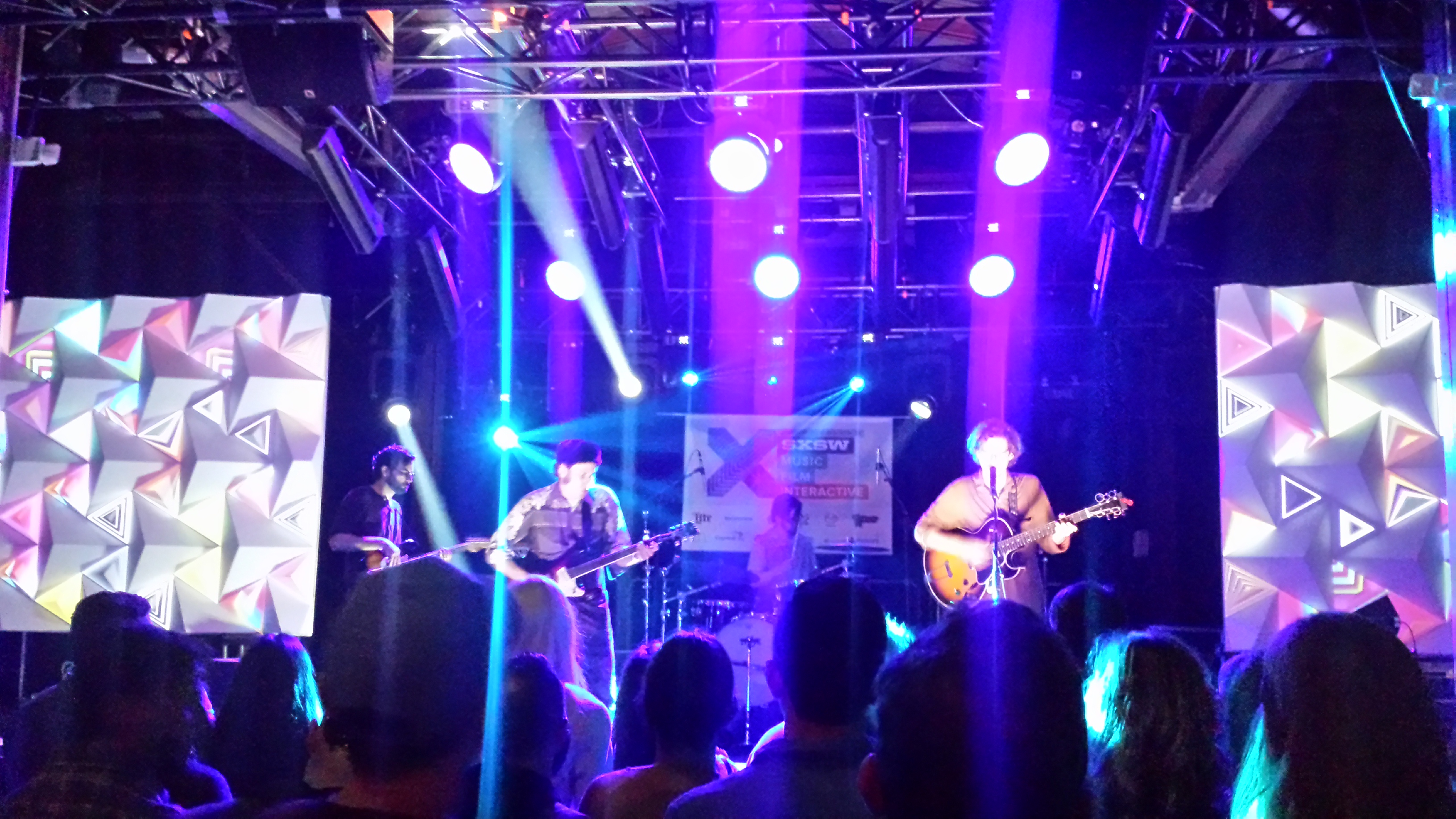 Let’s not waste any time – this is a recap of the first rounds of bands I was able to catch at a few different places. First off, there was a great day showcase that kicked off the Sunday before the official festival put on by an awesome group of ladies that are behind Beats Delicious. If you are in the Austin area – you need to follow them and keep an eye on upcoming events because they know how to organize an event and find quality talent as well. Their whole concept is getting together, seeing great live music and bringing a dish to share. What more do you need besides music and food to be happy, right? There were great performances from Topher Mohr, Angela Perley & The Howlin’ Moons, Wild Adriatic and Skinny Lister. The showcase was held at an awesome outdoor venue called Stonehouse Villa south of Austin and had a great vibe as well.

After that, it’s time to hit the Rdio night time concert that was held at the same venue as Hype Hotel would be a few days later with Quiet Company, Bop English and The Twilight Sad. We follow up with the rest of the bands on Tuesday night at Hype Hotel before our awesome photographer Gabe made his appearance. There were great sets from Amason and San Fermin and then a couple of bands from Wednesday night, BRNS and Mew that was held at the popular Red 7. 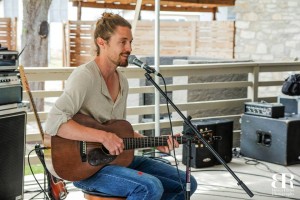 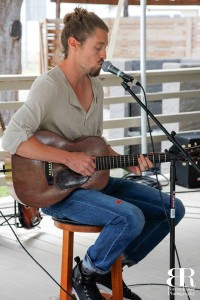 Topher is from Los Angeles and has a lovely funky soulful voice and shared a nice acoustic set. He is currently working on new material and we are sharing his track ‘Do You’. 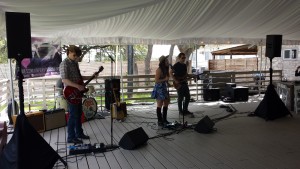 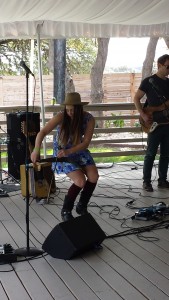 Angela Perley & The Howlin’ Moons had that rock and blues infused Americana vibe going on and the live set was a fun one to watch. With great vocals and overall sound, this was an enjoyable band to watch and I was not familiar with them before. In the second picture she is making pretty cool music with a violin bow and a rusted up hack saw it looks like. It was pretty cool to witness. I will be keeping my eye on this band. 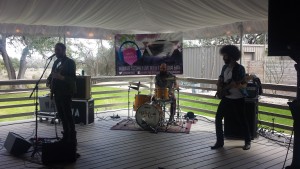 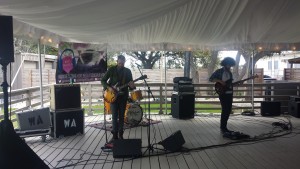 Wild Adriatic hails from Albany, NY and they rocked it so hard they blew out the power twice. With blues inspired rock, this trio really showcased their talent and this will also be another band for me to keep an eye on. And if you want to be super cool and help these guys play a spot at Bonnaroo – check this link out and vote for them! 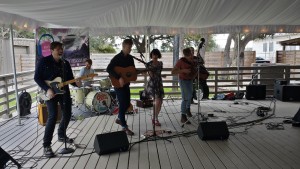 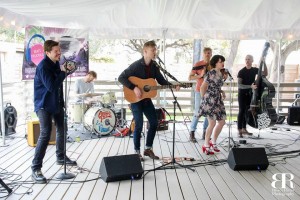 So I have never had a more feel good experience than watching Skinny Lister do their thing. I wanted to dance, I wanted to sing along and most of all have fun. This was probably my surprise live excitement band of the festival, and they are definitely ones you need to see live.  They also have a new album coming out so follow and support this super cool and different band. It’s folk, but not really! It’s just awesome. 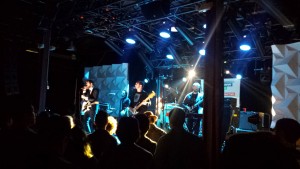 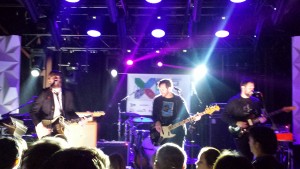 Quiet Company is a great Austin-based band and their live sets are quite amazing. They just released their most recent album Transgressor which is a great full on rock album that needs to be heard. We are sharing one of their top tracks from the new album “Seven Hells”. Frontman Taylor Muse always entertains and he’s actually a cool guy, too. Highly recommend checking them out live if they are ever in your town. 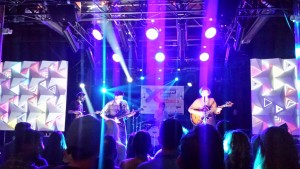 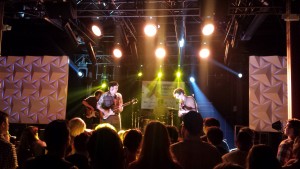 Bop English is the new band formed by White Denim‘s frontman, James Petralli. Their live set was high energy and pretty amazing. The new album Constant Bop will be released next month. They also have an upcoming UK tour so all of you readers across the pond check them out live if you get the chance. We are sharing the first single they released from the new album “Dani’s Blues (It Was Beyond Our Control)”. 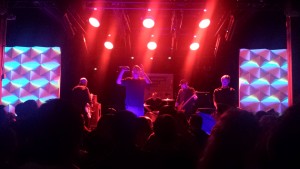 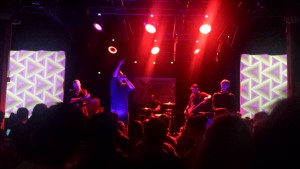 The Twilight Sad was at the top of my list for bands to see live this year. Their live set was quite intense, it is hard not to be mesmerized by front man James Graham and his passion onstage, which is reminiscent a bit of Future Islands’ Sam Herring. I would definitely recommend seeing these guys live if you can, they are also embarking on an upcoming UK tour. 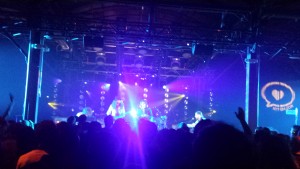 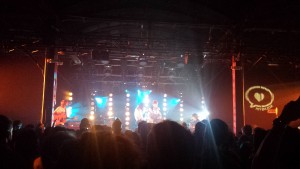 Amason are from Sweden and they put on a lovely show. Their music is soothing, laid back and awesome and it was nice to see them translate it live. Their debut album is out now, and we highly recommend you check them out. We are sharing their track “Duvan”. 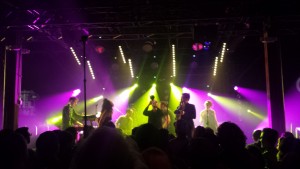 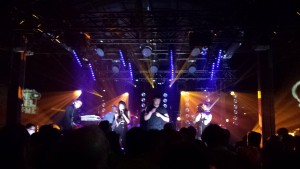 I know San Fermin and I love their songs and the new tracks they just released but I was totally not prepared for how awesome the live set would be. It was so high energy and even more layered and intense than their recordings. They are definitely now in the “must see live” category as the horns are amazing live. Really looking forward to hearing more new material, but for now you can listen to one of their newer tracks “Emily”. 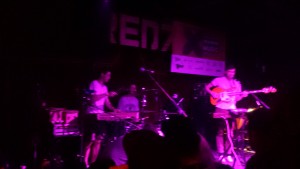 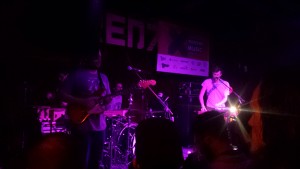 BRNS is from Brussels, Belgium and I was only vaguely familiar with them. They came on just before Mew so was really looking forward to checking them out. I did not know that the drummer was the singer so after finding that out, I liked them even more. The live set was great and I do believe these guys have a promising future ahead. “Many Chances” is one of their newer singles and what we are sharing with you today. 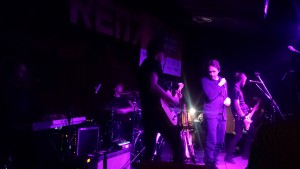 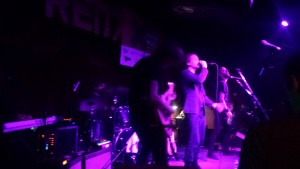 Mew in my opinion is probably one of the more underrated bands – they are such a great band, have been making music for quite a while now but haven’t quite broken out over here in the US. Really looking forward to their new album which will be out towards the end of April. They played a few new songs and they were stellar live. We are sharing their newest track “Satellites” which is a great indication of a stellar new release next month. 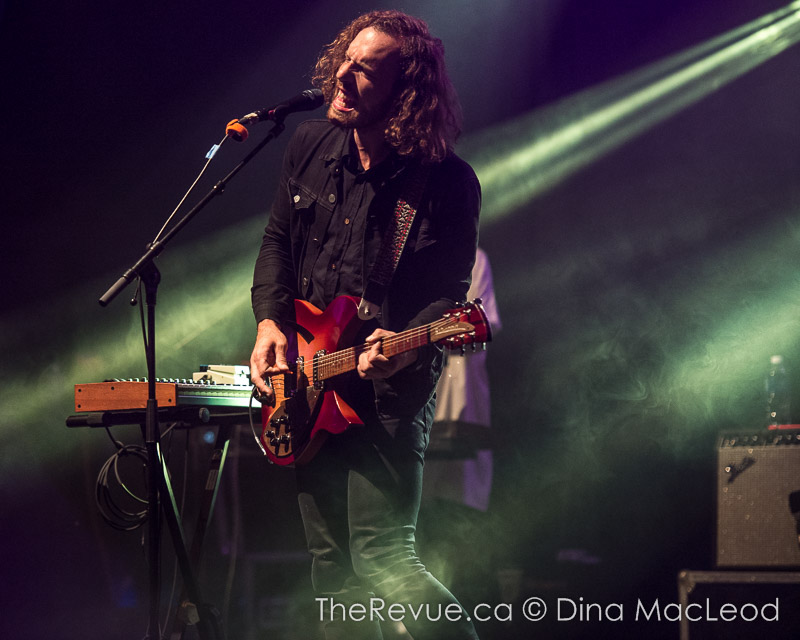 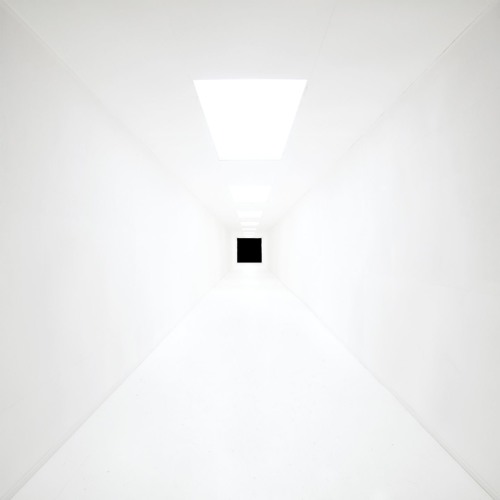