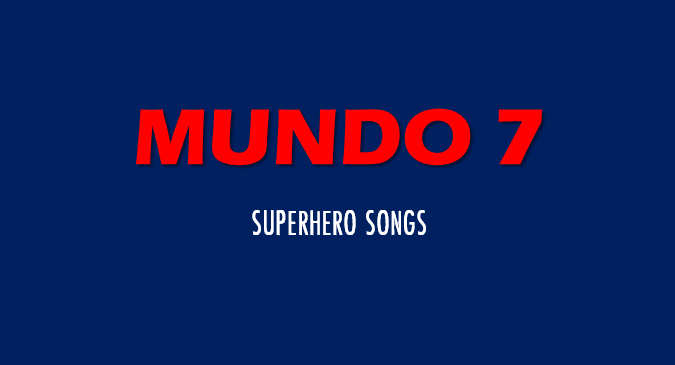 Today, the latest Avengers movie hits the screens across North America.  To honor the team of some of the most recognizable superheroes, our team has assembled a list of some of our favorite superhero themed songs. Some are covers of recognizable theme songs, others are tracks written about superheroes. Check out the list, and feel free to comment with your favorite super tracks.

“Iron Man” by Black Sabbath may be the song most associated with a superhero.  However, the song originally had no relation to the Marvel character. However, the 2008 Iron Man film featured the song during its credits, and it’s been associated with him throughout the other Iron Man and Avengers movies. The character even wears Black Sabbath tee shirts to embrace the connection.

It really shouldn’t be too surprising that the band responsible for “Mmm Mmm Mmm Mmm” would release a spoken word piano ballad about Superman, and the economics behind being a superhero.

There are a bunch of Kinks tracks about superheroes, like “Catch Me Now I’m Falling”, which was about Captain America, and “Johnny Thunder”, a short lived DC comic hero.  Perhaps, the most recognizable is their Superman: The Movie inspired track, “(Wish I Could Fly Like) Superman”.  It’s not going to be at the top of any of the Kink’s “best track” lists, but it’s definitely a fun listen.

“Superman’s Dead” is one of the essential tracks from one of Canada’s best-selling alternative rock bands, Our Lady Peace. It’s a rocking track that highlights the unique voice of lead singer Raine Maida.  The band says the song is about the impact of television on children at a young age.

The Ramones always seemed to be a bit more fun loving than their punk rock contemporaries.  On their 1995 record,  ¡Adios Amigos! they hid their own, punk rock version of the famous Spider-Man theme song.

The Who‘s early stuff was weird.  Before their breakthrough Tommy, their catalog featured sporadic covers of R&B tracks, Beach Boys songs, and mini rock operas. Mixed in the madness is a pretty fun, and psychedelic cover of the Batman theme song.