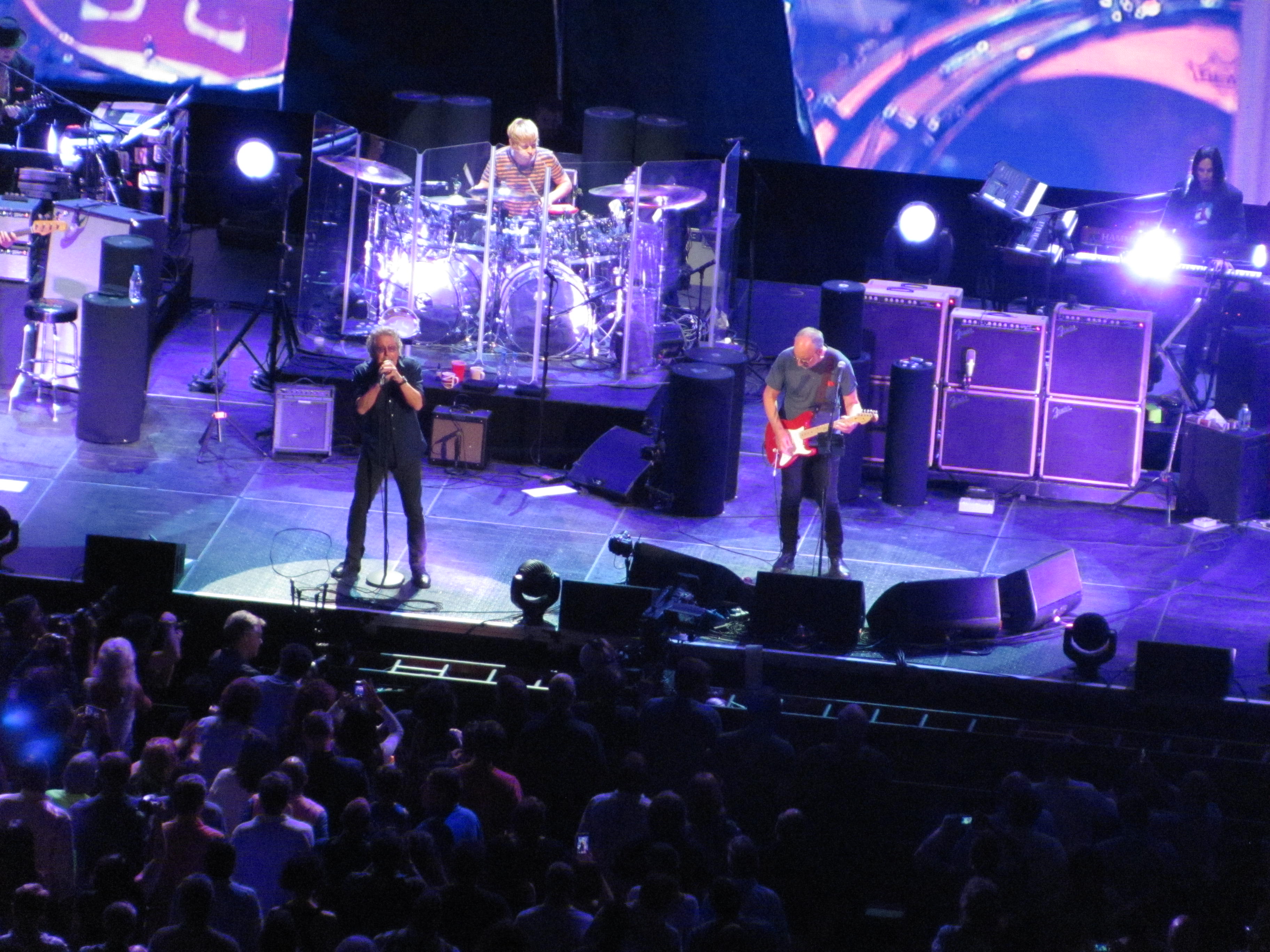 If you asked me who the most influential bands of my life were, The Who would be at the top of that list.  I never really identified with Led Zeppelin’s music or was a Deadhead, but from a young age, I loved the music of The Who.  Since I’m a bit younger than the old school Who fans, I’ve only had the opportunity to see The Who with Daltrey and Townshend, but I’ve never been disappointed.  I’ve seen them ten times in the last ten years, on different tours with really different feels. Their last tour was the incredible Quadrophenia tour, and to follow up on that success, The Who embarked on their 50th anniversary tour this year.  On Tuesday night, the tour hit Brooklyn’s Barclays Center, and it was an awesome evening of music.

The opener was Joan Jett and the Blackhearts, opening up with a roaring version of “Bad Reputation”.  The seemingly ageless Jett rocked her set, which was a combination of classic Blackhearts and Runaways tracks, some coversa, as well as new stuff. All of it was great, and Jett and her band sounded amazing. I’ve seen a bunch of bands open for The Who, Vintage Trouble, Rose Hill Drive, among others, but Jett was a perfect choice. After a brief break between sets featuring some PSAs from the band, The Who were ready to take the stage.

The Who roared into a performance of their first single, “I Can’t Explain” featuring full Daltrey mic-swing action and Townshend windmilling.  Then they rocked the classic “The Seeker” and settled into a set full of recognizable Who hits, “Who Are You”, “The Kids Are Alright”, “I Can See For Miles”, etc.   Townshend then started a little bit of banter between songs, and said “Here’s one we get a lot of requests for, and we don’t understand why”. The band then launched into “Slip Kid”, a deep cut from their criminally underrated 1975 record The Who By Numbers.  It was awesome hearing the band dust that track off, and playing something other than “Squeeze Box” from that record.  The band then played “Bargain” from the legendary Who’s Next, and 1972 single “Join Together”, both intended to be part of his Lifehouse project.   Then Townshend introduced Quadrophenia, and they played the Townshend led track “I’m One” before going into a surprisingly powerful rendition of “Love, Reign O’er Me”, in which Daltrey’s voice managed to hold up and truly stun the Brooklyn crowd.

The big treat for Who fans came when the band played the ten-plus minute mini-opera “A Quick One, While He’s Away”, which Townshend introduced as a precursor to Tommy and Quadrophenia. It features some awesome harmonies and some really insane drumming, originally by Keith Moon, but handled valiantly by current drummer Zack Starkey.  Then they went from mini-opera into the rock opera Tommy for a selection of songs from that album, including a righteous jam on the instrumental track “Sparks”.  They closed the show with two crowd pleasers, “Baba O’Riley” and “Won’t Get Fooled Again”, which worked the packed Barclays Center into a frenzy. Daltrey handed some beat up tamborines to two young girls in the front row before asking for one more round of applause for the band of Simon Townshend, Pino Palladino, Zack Starkey, Frank Simes, Loren Gold, and John Corey, as well as “The greatest songwriter of his generation” Pete Townshend, before Pete then asked for some applause for Roger as well.

The Who Hits 50 was a really fun experience, a 21 song setlist with a great mix of recognizable classics and deep cuts as well as great banter and commentary from Townshend and Daltrey.  The Who hit 50 is a great celebration of one of the most influential bands of the last 50 years, and even though it’s just The Two, they still manage to put on a stage show that puts some musicians a third of their age to shame.

Check out The Who Hits 50! on tour at the dates below! They’ll be back in New York at Forest Hills Tennis Stadium on Saturday, as well as shows in New Jersey and at MSG in October. They also have two Toronto dates lined up.

The Who at Barclays Center 5/26/15 Setlist:
I Can’t Explain
The Seeker
Who Are You
The Kids Are Alright
I Can See for Miles
My Generation
Behind Blue Eyes
Slip Kid
Bargain
Join Together
You Better You Bet
I’m One
Love, Reign O’er Me
Eminence Front
A Quick One While He’s Away
Amazing Journey
Sparks
Pinball Wizard
See Me, Feel Me
Baba O’Riley
Won’t Get Fooled Again 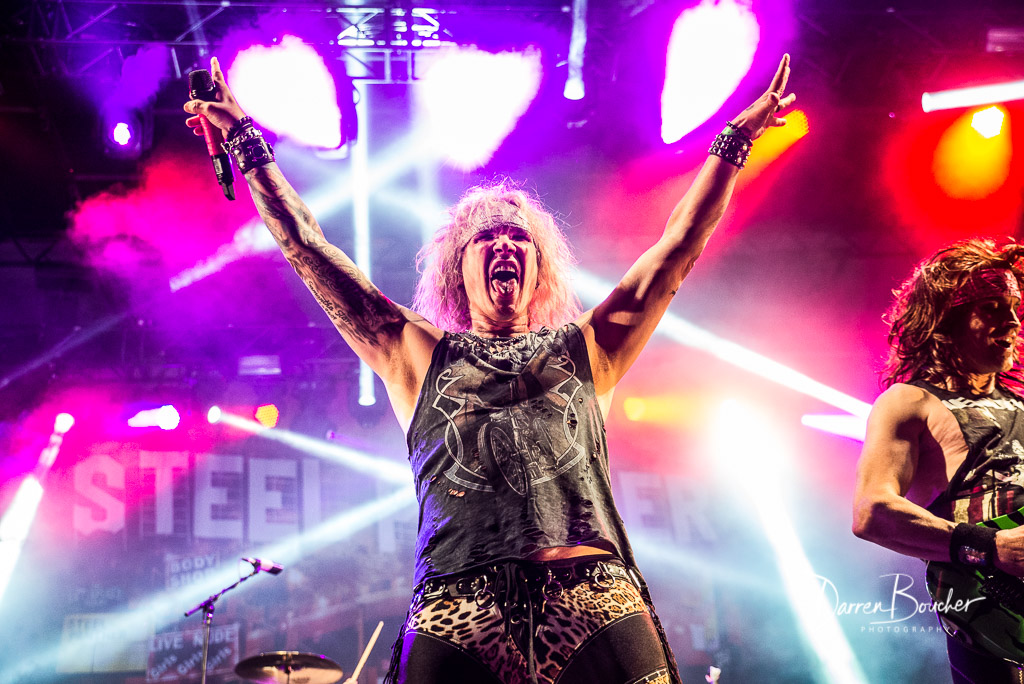 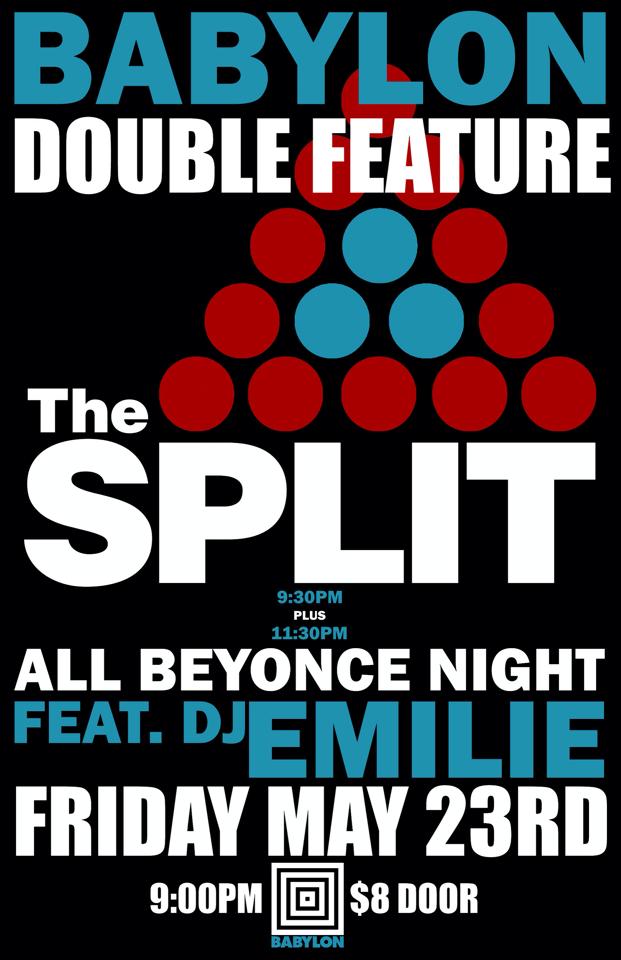