Over the last few years, New York based Singer-Songwriter Sharon Van Etten has grown from a solo act playing songs by herself in tiny bars in the northeast and selling handmade CDs into an unstoppable force headlining large clubs and releasing critically acclaimed records. Last Year’s Are We There was one of our favorite records of the year, and she’s followed it up with a 5 track EP, I Don’t Want To Let You Down, out today on Jagjaguwar.

The penultimate track, “Pay My Debts” is unlike any other Sharon Van Etten track, it is a slow-build, but it’s got a huge weight to it, with some amazing ambient guitar work and woodwinds, with a driving bass line that turns this track into a stunner. The standard copy of the EP ends with a live performance of an old Sharon Van Etten track, “Tell Me”, which was written around the time between epic and Tramp. It’s a track Van Etten has played live on-and-off for years, but never properly released, aside for a demo on the deluxe edition of Tramp. The live version here is amazing, the standard Van Etten slow build, with the energy of her band, at the time featuring Heather Woods Broderick, Doug Keith, Brad Cook, and Darren Jessee. For those who purchased the now sold out deluxe bundle of this record will find “All Over Again” on the B-side to the “I Don’t Want To Let You Down” 7”, a song Van Etten has been playing live for the last year or so, and well worth the extra cash for the bundle, it’s a stunner.

I Don’t Want To Let You Down is a great follow-up and supplemental piece to Are We There. Just like the tracks on Are We There, Van Etten self-produced I Don’t Want To Let You Down with Stewart Lerman, and there are appearances from Dave Hartley and Adam Granduciel of The War on Drugs.  If you’re already a fan, don’t skip this EP, it won’t disappoint. If you’re not familiar with Sharon Van Etten, these 5 tracks will give you an idea of what she’s about, and give you a small sample of why so many blogs and magazines consider Van Etten one of the finest songwriters of this generation. 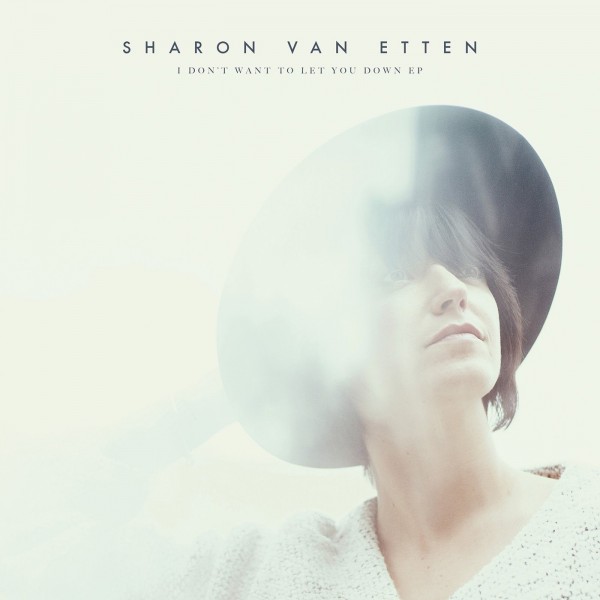