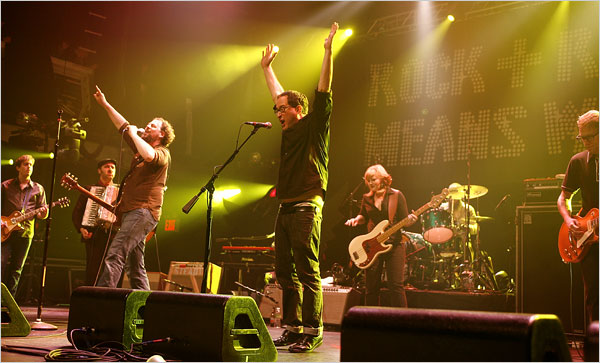 Do you ever daydream about musical combinations that could be just magical? We’re not talking Donny & Marie type pairings (those two are siblings) or Beyonce and Jay-Z (they’re married), but collaborations that would just be like perfect harmony yet have not happened yet. We often think about it when listening to a song or an album and say to ourselves, “So-and-so would sound perfect as the backup vocalist on the chorus.”

What has spurred our imaginations is that artists are increasingly collaborating on projects. Some are flow-blown, long-term partnerships (see Run The Jewels, She & Him); others are one-off albums (such as Divine Fits and New Multitudes or Iron and Wine with Ben Bridwell of Band of Horses on their Sing Into My Mouth album due out today); and on most occasions they are one-time projects where artists to get together on a single (e.g., My Morning Jacket‘s Jim James and Bo Koster provided backup vocals and keyboards, respectively, to Neko Case on “The Night Still Comes”). Here are some collaborations we think should happen, although some of these are impossible. But if Tupac can be hologrammed on to live shows, then anything is possible!

Two of the most promising young acts in music are Benjamin Booker and The Districts. They are both throwbacks – Booker to the blues rock of the ’50s and ’60s while The Districts employ a combination of southern and indie rock that recalls the ’70s and ’80s. To hear Booker flame away on a track like “Peaches” would be spectacular.

Speaking of throwbacks, Kevin Parker of Tame Impala belongs back in the ’70s when psychedelia ruled. With the release today of their brand new album, Currents, we were reminded of Foster’s immense skills and creativity, and how he is following the path of the late, great John Lennon. We would love to hear how Foster would re-interpret “Nobody Told Me” while sharing the lead vocal role with Lennon. It might be difficult to differentiate the two.

The Hold Steady and Drive-by Truckers have toured with one another, not just once but twice. A couple of years ago they shared a double-bill while traveling across North America. They obviously shared the stage on a few occasions, but why not produce a one-off album? Or maybe some of the members could form a one-time super-band like Soundgarden and Pearl Jam did back in 1990 when they established Temple of the Dog? The two bands with their old-fashioned rock ‘n roll sound are complementary and we know that Patterson Hood’s and Craig Finn’s voices are perfect harmony.

Two of indie music’s favorite synth-pop / electro-pop acts are about to release albums in the fall. Vancouver native Claire Boucher – a.k.a. Grimes – is expected to drop her sophomore album in October, where she promises it will be different and played with “real instruments.” It’s supposed to be something different, yet we can’t help but think there will still be some electronics involved.

Meanwhile, Scotland’s CHVRCHES recently announced they will release their own second album, Every Open Eye, at the end of September.  They’ve already released the lyric video to “Leave a Trace,” but we imagine that a collaboration between the two would either be more electro-rock or more ethereal, like “REALiTi”, which Grimes released earlier this year but won’t be on her new album.

Grimes has an unmistakable high-energy vocal style; the artist most likely to be her polar opposite is American singer/songwriter Sufjan Stevens. His trademark sound – warm and intimate, as though he is singing only to you – is especially evident on “Should Have Known Better,” the latest track off his newest album, Carrie and Lowell.

A dream duet would be Sufjan Stevens teaming up with Swedish folk troubadour José González. That combo would be sonically luxurious! Have a listen to “Open Book” from Gonzalez’s recent release, Vestiges and Claws, and imagine the compatibility of those two voices. Both just happen to be playing at Newport Folkfest next weekend and on the same day. Hmmm… the possibilities!

What makes Beth Orton a dream duet partner for Courtney Barnett is the purity of their styles: their talent as songwriters and musicians shines because each seems more concerned with substance than over-produced style. The 2014 reissue of Orton’s 1999 album Central Reservation may have helped introduce her to fans who missed the album the first time around. We would not complain if Beth and Courtney went to Nashville or Austin to write a few songs together. And if Neko Case happened to join them…well, we won’t get our hopes up too much, but those three voices on one album would be oh so sweet.

Cover photo by Rahav Segev for The New York Times, taken from Drive-by Truckers and The Hold Steady’s November 7th, 2008 performance at Terminal 5 in New York . 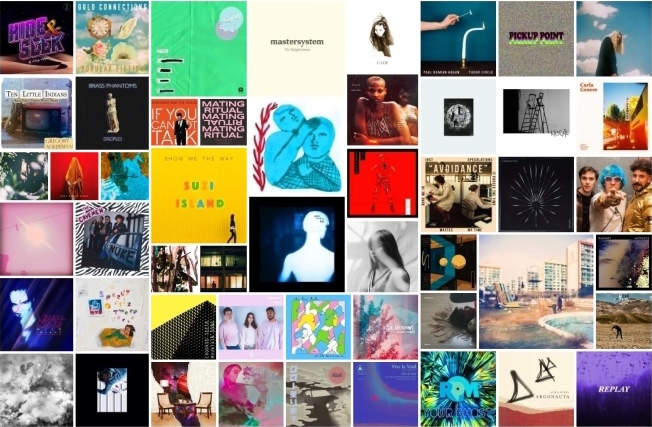