For those individuals who have gone to Bluesfest for all nine days so far, you might be telling yourself, “Only two more days. Only two more days.” I sure am. Yet despite the exhaustion, the anticipation of seeing performers I’ve long wanted to see and discovering an unexpected gem energizes me.Many will likely be coming to see either Deep Purple or Logic tonight while others will aim for a spot on the rail to see Air Supply, Simple Plan, or Lowrider Band. However, most of the choices below go on early, so grab your thermos of coffee or drown that Red Bull and get to the War Museum.

So with that, here are the RBC Bluesfest July 18th Gig Picks. The bevy of local talent is listed below. Check out as well the Ottawa Soundmakers series for more info. 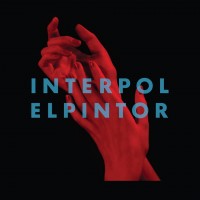 For more than 15 years, Interpol has been a staple of the indie music scene. Based out of New York City, the trio of Paul Banks, Sam Fogarino, and Daniel Kessler have trademarked a bass-driven, harmonic guitar sound that complements Banks’ unique voice. Their music can border on industrial but then quickly transition into an indie-rock tune or a blazing electro-rock number. Their last album, 2014’s El Pintor, saw Interpol reach for new heights, creating epic, anthemic songs to fill arenas. Unfortunately, they only have a one-hour set, but enough to whet music fans’ appetite for more.

If you’ve never had the opportunity to see Larry McCray live, here’s your chance. McCray is a master guitar player, whose blues is resonates with the power of the south and his native state of Arkansas but with the electrifying sounds of the Motor City, Detroit. He might not be as well known to non-blues audiences, but he has major fans in the late B.B. King, Buddy Guy, and a host of other blues personalities. That should be enough to convince you to see this awesome musician.

We are fans of The Beaches. Named after the popular and trendy spot each of Toronto’s city centre, the quartet of Jordan Miller, Kylie Miller, Eliza Enman McDaniel, and Leandra Earl create blistering indie rock, bowl you over with punk-pop overtures, or can dazzle you with some melodic garage-pop. They’re basically Canada’s answer to Speedy Ortiz, an act that is close to being the next big thing north of the 49th parallel.

If you’re looking for more blues, then get to the Theatre early and get in line for this excellent addition to the RBC Bluesfest. Organized by Mark “Kaz” Kazanoff , John Mills, and Al Gomez (a.k.a. The Texas Horns), this 2-hour extravanganza will bring together some great blues musicians for an extended jam session. The aformentioned Larry McCray, Marcia Ball, Lurrie Bell, Nick Moss, JW Jones, John Primer, Bruce Katz, and Andrew Jr. Boy Jones are confirmed to attend. There could be more musicians dropping in. I wouldn’t be surprised if The Lowrider Band and Graham Russell of Air Supply poked their noses in.

Getting the music started on this Saturday is Moroccan Sun (3:00 PM, Bell Stage). Their indie pop is euphoric and anthemic with buzzy choruses and catchy melodies. Perfect for a hot, summer day. Or maybe you’re excited about some of the blues content on tap and want to get an early fix. If that’s the case, make a bee line to see the Myers Brothers Band (3:00 PM, Monster Energy Stage). The Eastern Ontario band makes smooth, soulful blues, perfect for sipping on an iced tea or a lemonade (or something stronger if you wish).

There hasn’t been that much alt-country or folk at this year’s festival, so if you have a desire for Justin Townes Earle or Lucinda Williams-type melodies and songwriting, Brandon Allan (3:30 PM, Barney Danson Theatre) is the pick. The young Ottawa musician’s sound is minimalist, which adds to its intimacy and engaging quality. On the other side of the equation is Riishi Von Rex (4:00 PM, Claridge Homes Stage). They’re this year’s edition to Central and Eastern European music, following in the footsteps of local bands like Ukrania. With their gypsy punk-rock, fans should be ready for a mid-afternoon frenzy to break out.

Chamber folk-pop is also on the schedule today. Musk Ox (5:00, Barney Danson Theatre) will bring their subtle and enchanting sounds to Bluesfest. After 9 days and two hours of intense music, Musk Ox will soothe the soul and those aching joints.

A couple of local DJs with then grace the Canadian Stage, kicking off the dance party at Bluesfest. Sixteen-year old Gabe Roberge – a.k.a. Frayd (5:45 PM) – and duo Buck N’ Nice (7:00 PM) get primetime slots and right before Milky Chance. The three producers and DJs have quietly made a mark on the local music scene. Here’s a chance for more music fans to discover some of Ottawa’s hidden talents.