This week’s Melodic Tonic vol. 10 is a collection of some new releases by musical ninjas and several collaborative efforts. We’re only kidding about the ninjas. Well, mostly. Sometimes the amount of new music whizzing by catches us quite off-guard. This week was no different. Take a listen to some of the new tunes that snuck up on us recently!

EL VY – Return to the Moon

Matt Berninger of The National really takes the “New Music Monday” idea seriously. Either that, or he wanted to see how quietly he could unleash the single from his new side project with Portland musician Brent Knopf (of the bands Menomena and Ramona Falls). It’s as if his entire To-Do List on Monday consisted of one item: “Release new song.” Seemingly overnight this new group – cheekily called EL VY (“pronounced like the plural of Elvis”) – has emerged as a fully-formed entity complete with multiple social media accounts and two dozen U.S. and European autumn tour dates.

The first single, “Return to the Moon,” is melodically upbeat with a disco vibe while still lyrically dense with Berninger’s obscure musings sung in his rich baritone. It’s got depth without being National-level deep. This song combines the best of both artists, and it’s a fantastic surprise single.

The album will be released October 30 on The National’s label, 4AD Records, and is available for pre-order from the 4AD online store and iTunes.

Low – What Part of Me

American indie/dreampop/slowcore band Low just released the new single “What Part of Me,” a follow-up to “No Comprende” which they released in June. The Minnesota trio produced their upcoming 11th album, Ones and Sixes, (due September 11 on SubPop Records) in Justin Vernon’s studios in Wisconsin, so expect plenty of atmospheric layers to compliment their lush harmonies. They will resume their tour of Europe and North America next month in support of the album, available for pre-order on their Bandcamp site.

Last month in our feature of artists whose voices pair together nicely, we listed Beth Orton as someone we’d love to hear on a duet. Lo and behold, that’s exactly what we have thanks to her new single with American alt-rocker Mark Lanegan (of Screaming Trees) on this cover of “Your Kisses Burn.” The original was a 1988 duet between Nico (her final recording) and Marc Almond of Soft Cell. Lanegan has sung with other artists (including Moby and Isobel Campbell), so it’s no surprise to find that Heavenly Recordings paired these two to celebrate the label’s 25th anniversary. The softness of Orton’s voice balances the distinctive gravelly texture of Lanegan’s, with harmonious results. Mark Lanegan Band will perform next month at the sold-out End of the Road Festival in England.

Another striking collaboration comes from Maximum Balloon, the solo project of TV on the Radio’s Dave Sitek. The new single “Let It Grow” finds him alongside fellow TVOTR bandmate Tunde Adebimpe and Karen O (of the Yeah Yeah Yeahs) who was also featured on the Maximum Balloon debut in 2010. This song is from Sitek’s forthcoming album on his Federal Prism Records label.

Born Ruffians – We Made It

Toronto’s Born Ruffians are back with “We Made It” from their upcoming 5th studio album Ruff, due out October 2 on Paper Bag Records (in Canada) and on Yep Roc Records (worldwide). The syncopated beats, jangly guitar riffs, and Luke Lalonde’s energetic vocals make for a reassuring anthem. “Fake it until we make it” may be their mantra on this song, but it doesn’t sound like they’re faking it musically. Their spirits are high and their enthusiasm is contagious on this track. The band will launch their extensive fall tour next month in Canada then zigzag between the U.K. and back to North America. 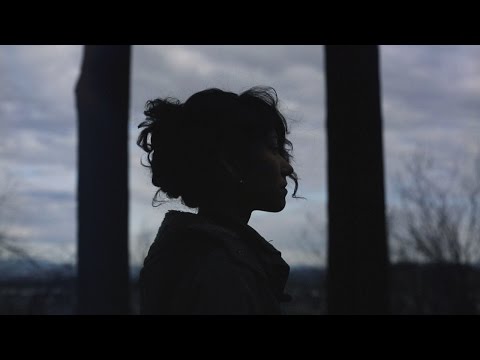