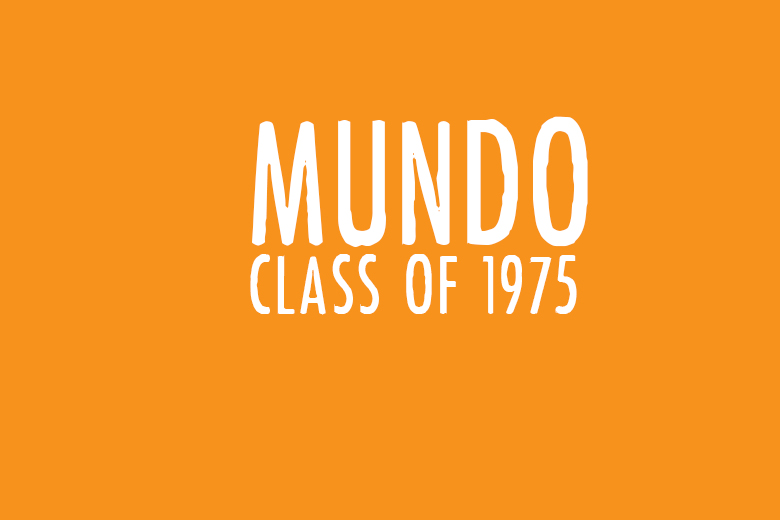 The year 1975 was influential in many areas: it saw the birth of Microsoft and the launch of the Rubik’s Cube. The Vietnam War ended while Jaws chewed up the movie scene. It was a time of change on the music scene as well. Disco was yielding ground to punk and modern rock with the formation of bands like the Sex Pistols, Iron Maiden, The Boomtown Rats, and Talking Heads.

It’s been 40 years since the music world delivered some of the finest, most classic albums in its history. Today we take a look at some of our favorite albums and unforgettable songs from 40 years ago.

Bob Dylan – Blood On The Tracks

Bob Dylan’s Blood On The Tracks is arguably the most recognizable record from one of the greatest songwriters of all time.  “Tangled Up In Blue” opens the record, which also contains “You’re A Big Girl Now” and “Idiot Wind”, three of Dylan’s most influential songs.

David Bowie’s 1975 record, Young Americans featured a very strong soul influence.  The title track, along with “Fame” are two of Bowie’s most recognizable songs.  Bowie brought in soul and funk musicians in in order to create a sound more faithful to the influences that inspired the record. David Bowie was never one to get complacent, and Young Americans is a great example of the musical chameleon that is David Bowie.

“Landslide” and “Rhiannon” is almost all we have to say here.  These are two of the most recognizable songs on rock radio, and in classic rock history.  Fleetwood Mac’s second self-titled record helped cement their place within classic rock royalty.  At the time, it was Fleetwood Mac’s most successful record, and they followed it up with Rumours, another unforgettable record.

There is no argument over Led Zeppelin’s place in rock history. In Led Zeppelin’s relatively short time as a band, they revolutionized and changed rock music, and released multiple albums that end up in the discussion for “Greatest of All Time”.  Their sixth record, Physical Graffiti is one of Zeppelin’s more epic releases.  Physical Graffiti was a double album, pushed mostly by the lengths of tracks like “Kashmir” and “In My Time of Dying“. It also featured outtakes from earlier records, including “Houses of the Holy” which was left off of, you guessed it, Houses of The Holy.

Pink Floyd – Wish You Were Here

It’s really hard to rank Pink Floyd’s greatest albums, and while it may not garner as much recognition as Dark Side of The Moon, or The Wall, 1975’s Wish You Were Here definitely belongs in the conversation of great Floyd records . Wish You Were Here is definitely up there just based on the epic “Shine On You Crazy Diamond” tracks, as well as its well-known title track, “Wish You Were Here”.

Queen – A Night at the Opera

“Bohemian Rhapsody” was an unlikely radio hit in 1975 due to its unusual six-minute length. That was its first strike. Its second strike was that it came from an album that was the most expensive ever made at that time. The song didn’t even have a name until the end of the recording session. All challenges aside, this song quickly became the most beloved single in the entire Queen discography.

Bryan Ferry is still crooning away to legions of fans, even four decades after making this pivotal album. Hailed by critics as one of the band’s best albums (and ranked 317 on Rolling Stone’s “500 Best Albums of All Time”), Siren may not have had the overall commercial success of their final album, Avalon, but it endures as a classic album of its era, bridging the gap between art/glam pop and the disco era. Other members of Roxy Music – namely guitarist Phil Manzanera – would later play with renowned musicians such as Bob Dylan, Keith Richards, Brian May, Bryan Eno, David Byrne, David Gilmour, Richard Thompson, Santana, and others. In fact, Manzanera produced two of David Gilmour’s solo albums, including his newest, The Sound of Blue, released this year.

“Love Is the Drug” is a standout track from this album because of its simplicity and its lasting legacy: the bass line influenced Nile Rodgers (who has worked with countless modern musicians such as Daft Punk, Pharrell Williams, Lady Gaga and more), and the Rock and Roll Hall of Fame Museum list it as one of the “500 Songs That Shaped Rock and Roll.”

Patti Smith – once lauded by Rolling Stone as a “rock & roll shaman” – emerged from New Jersey with a fierce individualism and a bohemian spirit that would later influence modern music icons like R.E.M., Madonna, and The Smiths. As debut albums go, it’s simply perfect. Smith quietly asserted her claim to the throne of punk music queen even before the genre had officially begun, daring to sing about sex and lesbians and death. “Gloria” had all the swagger of Jim Morrison mixed with the lyrical influence of the Beat Poets. The critics took notice. “Jesus died for somebody’s sins, but not mine” is one of the more memorable lines from the song. But what made the album an instant classic was its expert production by none other than The Velvet Underground’s John Cale and a cover image from photographer Robert Mapplethorpe. This album firmly established Smith as a force to be reckoned with, and her influence remains to this day.

Born To Run is perhaps the most legendary record on this list. The title track can be heard everywhere, from classic rock radio to sporting events around the world.  If you ask anyone of a certain age, they’ll tell you they owned a copy of this record.  It’s The Boss at his absolute best, with a solid rock and roll backbone and a working class outlook, creating one of the most relateable albums of all-time.

The Who By Numbers

The Who’s 1975 release, The Who By Numbers is perhaps their most underrated release.  For the most part, it’s Townshend at his most personal, with tracks like “Slip Kid”, “However Much I Booze”, “Imagine A Man” and “How Many Friends”.  There is also the beautiful ukulele led “Blue, Red, and Grey”. Mix that in with a John Entwistle classic “Success Story” and the album’s lone mega-hit “Squeeze Box”, it’s almost criminal that The Who By Numbers isn’t in the conversation with Quadrophenia, Tommy, or Who’s Next. By Numbers isn’t a classic rock powerhouse like Wish You Were Here, Physical Graffiti, or Born To Run, and that’s part of why it’s quite a notable release for The Who. It’s more comparable to an LP from The National than it is to Pink Floyd or even earlier Who.

Somehow, when people talk about Neil Young, the conversation seems they overlook 1975’s Zuma.  However, any record with a track like “Cortez The Killer” needs to be talked about.  Like The Who By Numbers, Zuma doesn’t have many recognizable hits, there’s no “Heart of Gold” or “Cinnamon Girl”, but it’s got plenty of firepower itself, and as an album measures up with some of Young’s best work.

Haley Heynderickx – ‘I Need to Start a Garden’ (Album Review) 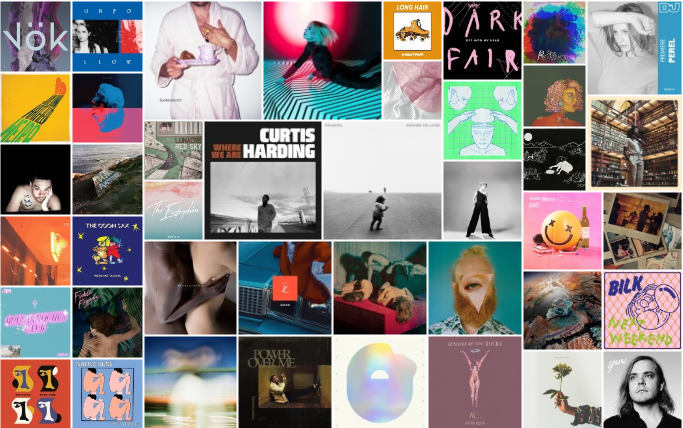 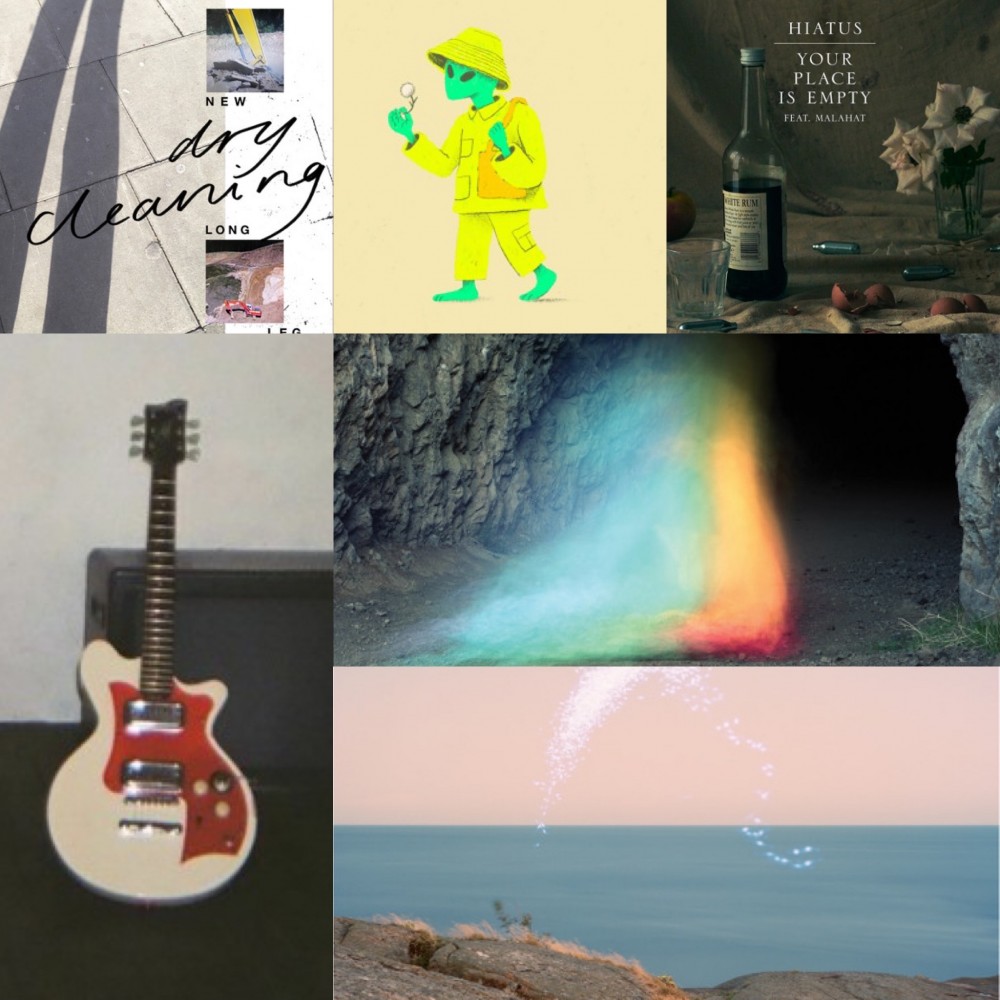