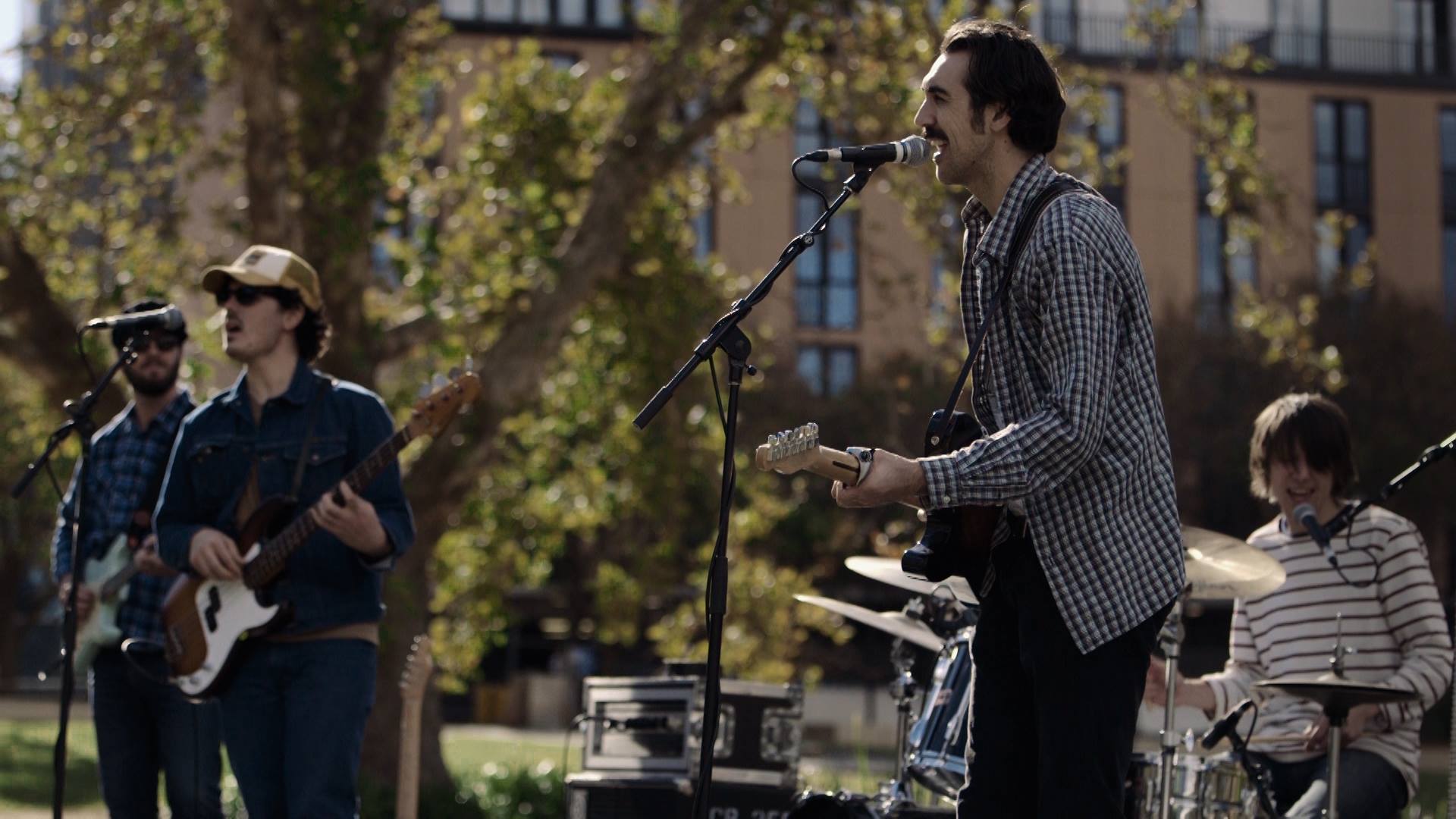 Last month, we were introduced to Melbourne quartet Big Smoke in a big way. The lead single and title track from their debut EP, “Lately”, just blew us away with its Dan Boeckner / Wolf Parade sound and had us awaiting the drop of the album. But if you were expecting an album that would revival At Mount Zoomer or Apologies to the Queen Mary, like I was, you might be surprised to learn that “Lately” is the curveball on the album.

Instead of a modern-day indie-rocker, Big Smoke have released an album that belongs during the time when Kansas, T Rex, Lynyrd Skynyrd, and The Steve Miller Band ruled the rock charts. After the opening title track, the band takes us to the ’80s with the delicate and soulful rock ballad “Everything You Needed”. We’re then taken to the late ’60s and ’70s with the melodic, folk-rocker, “Try A Little Love”, which could have been performed at Woodstock, and the gorgeous “Stranger to You”. The latter could be the sequel to Neil Young’s epic “Unknown Legend”. The album ends with the crushing “Fair and Easy” that resonates with the power of The Black Crowes’ most powerful, heartbreaking songs.

Although Lately alludes to the events surrounding a relationship, it also is a little journey down rock’s memory lane. When this band from Down Under releases another album, expect two things – the unexpected and something that will make you go “Wow!” At least, that’s what Lately taught us.

Big Smoke are Adrian Slattery, Luke Brennan, Alex O’Gorman, and Tim Baker. Lately is out available via First Love Records. Listen to the entire album on SoundCloud and purchase it on Bandcamp.