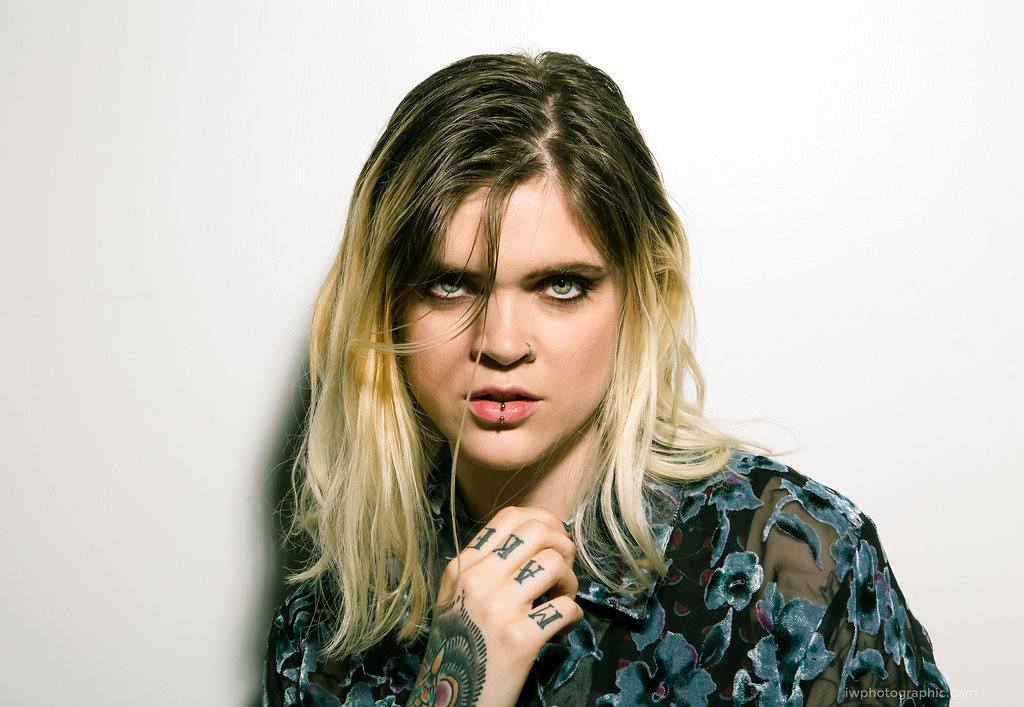 We all have artists that we’ve grown to become huge fans of, but then there are a select few with whom we have grown immensely fond. Esther Joy Lane is one such artist. A hidden gem from Oxford, Great Britain, Lane’s deep and dense electronic-folk is mesmerizing, intoxicating, and dazzling, much in the same way that Daughter has amazed hundreds of thousands of people.

Her road to being a musician, though, has been filled with starts and re-starts. At fourteen, she had dreams of being a singer and rapper, but those dreams ended quickly. With no formal musical training, she set aside her aspirations for several years before a discovery would change her life forever – GarageBand. For the past four years, Lane has been experimenting with sounds and developing her skills as a musician, songwriter, and entertaining. Her star has started to shine a little brighter. She has been booked for gigs, including Bestival, in and around the United Kingdom over the past 6 months. BBC Radio recently discovered her, playing one of her latest singles, “Second Hand Heart”. And of course, more and more blogs and e-zines have promoted her work.

With an increasing number of music folks interested in what she’s doing, she’ll soon shed the label as one of indie music’s great under-the-radar acts. But there’s a reason for the fandom – her music is outstanding, engaging, and endearing. On Friday, Lane will release her self-titled, debut EP, a collection of four songs that includes one of her earlier tracks, the sublime “Travelling Light”. If there is one track that depicts the brilliance of the young artist, it is the breathtaking “You Know”. The haunting rhythm, the sultry voice, the lush melody, the cinematic build up – a formula that Lane has perfected.

It is with great pleasure that we have an exclusive premiere of Esther Joy Lane’s first album. Hear it below and read Lane’s commentary of each track.

Pre-order Esther Joy Lane EP now on her Bandcamp site and look out in the very near future for new music, as she has produced a number of singles during the recording of this EP.

“Make A Way” is, in short, a sexy love song. It kind of collides lust with affection, the anticipation of desiring someone, but also wanting to give them more of you than that. It’s funny, sometimes when I listen to it, I hear the care and love aspects, the “take all that you need” parts, and other times I just hear the “I’m so into to you”, lets-get-it-on type thing… The main thing I wanted was for it to be fun, something to dance to. Hopefully I got that across!

“Travelling Light” is a fairly moody and frustrated track. “When you call my name, then you’re gone again” – it’s about being messed around, the games of love. I hate not knowing what someone’s really thinking or feeling. I hate the stupid things we do when you can’t say to someone, with words, what’s actually going on. It creates a blindness and mistrust of what we hear and see every single day (or for me it does anyway). I know that sometimes the truth is hard, whether it’s you really like someone but push them away out of fear, or you don’t like someone but can’t face telling them because it hurts them – but I think if we were honest in our actions, things could be better. I don’t know, maybe they wouldn’t! But this track basically talks about that, loving someone that you just don’t understand. You think you make progress and then end up straight back where you started (and it’s obviously your fault), “So it’s back again, you push me back and then say, ‘You looked right?’”. The chorus is a metaphor for this blindness, but one that is hopeful for a solution ‘make a way’.

“You Know” is (again) about the difficulties of love, past and present. The verses are the angry, hurt part of me, the one that feels left alone and frustrated. Being pulled and put down because they know you’ll still love them, “Keep me where I’m wrong, cause you know I’m here”. The choruses are the part of me where love wins, that moment after the storm, after all the games and you realise what’s really important. Accepting you’ll get old, that people move on and people die but still finding quiet somewhere, with someone. “Though we fade, remember the days that I told you it’s over. And though we’ve aged, just lie down I told you to hold me, let’s lie now.”

This track is mostly about myself, the things I lack and struggle with. I’ve had a fairly dysfunctional life in some ways, made a lot of mistakes and hurt people that I care about. Mental health issues have also made some things pretty hard. I’ve changed a lot over the last few years, but I feel that some of my experiences have left a bit of a mark – “I’ve got a second hand heart, you make one move it falls apart”. The chorus of this song expresses regret from this, “Give me another day, to do it again, to do it our way”, although I kind of disagree with myself in a way (if I can do that haha) as I know that some things are necessary and lead you somewhere much better, but I think it’s just the human condition to feel guilt, or think “what if”?