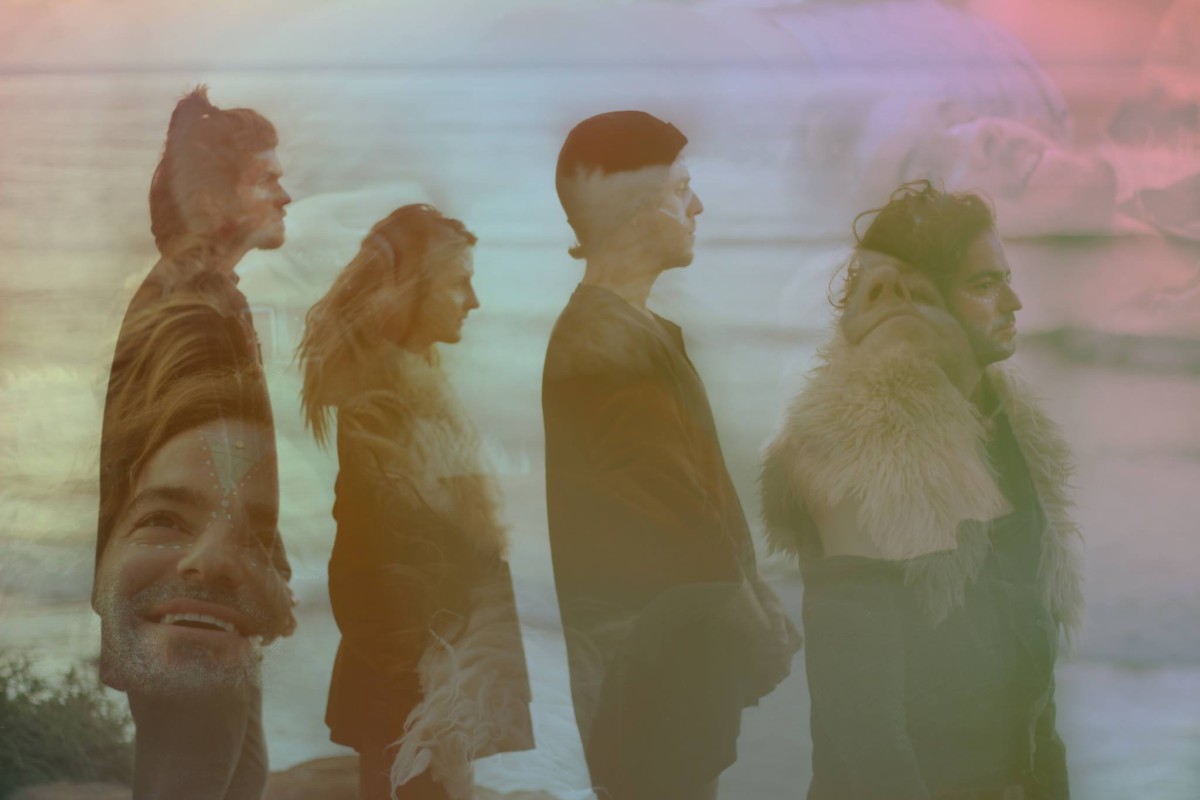 Watching the evolution of a band is always a fascinating exercise. In what direction they will go musically and how will their songwriting develop over time are some of the questions we often ponder here, particularly when it relates to one of the our favorite discoveries. The Verigolds are one such band, who originally caught our attention back in October when they released the “Crossfire”. It was an introduction to the dreamy, neo-psychedelic pop of the band that recalled similar acts we adored, namely Coves and FURS.

A few weeks ago, The Verigolds released “Grunge”, which is an even dreamier and engrossing number than their debut single. It demonstrated that the San Diego-based quartet can dazzle us in multiple ways – from the soaring, angelic vocals of co-frontwoman Jenna Cotton to the atmospheric melodies provided by Eliot Ross (guitar/viola), Ben Smedley (keys), Craig Schreibe (drums), and Cotton (keys/guitar) herself. It’s a track where perfect harmony is achieved in all the components – vocals, music, and lyrics.

These first two singles have led to high expectations that The Verigolds’ debut album, For Margaret, will be something spectacular. Today, everyone gets to find out as we are pleased to premiere the album (and you may have already heard it because For Margaret actually has been available in cyberspace for a good week).

The album demonstrates The Verigolds are not a one-trick pony. “Skypipe” for instance is a stunning, alt-folk track where Ross’ viola adds a chilling quality to complement Cotton’s haunting vocals. “Flow To Find Me” recalls the beautiful grandeur of The Civil Wars, as the dueling vocals of Ross and Cotton take control of this choral-folk number. On “Gloom” and “Desert Song”, the band adopts a gritter, alt-folk approach with the latter a slow, burning rocker that would make the gents of Widespread Panic proud.

Hear For Margaret in its entirety below and read a track-by-track commentary from the The Verigolds. One listen is all you need to learn why we have become fans of the quartet and think they will be going places with their immersive style, atmospheric sound, and sunny dispositions.

Pre-order the album on the band’s Bandcamp page.

If you’re in the San Diego area, The Verigolds will be hosting an album release show on Saturday, March 26th at Music Box. Get tickets here. They’ll be performing with SWIMM, Pearl Charles, and Gloomies, three other terrific acts whom we’ve covered previously. This should be one heck of a show.

Track-by-Track Commentary by The Verigolds

“Gloom”
Working a late-night restaurant shift and came back to my beach shack, lovingly referred to as “the box: in OB. The coastal fog began to roll in and the gloom’s oppression forced inspiration. Rides on the wings of freedom and never turns back around. “Can’t stand the gloom. I’d rather settle. My cozy room and warm tea kettle. Time it won’t grant me, no such luxuries no.”

“Crossfire”
Modern-day, complicated, mystery romance. It’s a mixture of deep emotion but then also the music portrays the excitement and explosion that can be felt when the heart is in love. Some love is not meant to ever end.

“Skypipe”
Taking your life into your own hands. It’s about getting up and going and following your heart even if you don’t have all the answers. It calls on the cosmos to help lead the way to an epic adventure like the one we took to Ben’s old cabin in Lake Cuayamaca, walking through the woods with your wolf spirit animal.

“Desert Song”
Powerful song that embodies the elements of the desert. Fierce, intense , freedom, wild, anarchist, cosmic, and sexual are all elements found in this song. There is a level of cosmic mysticism and intention on enabling the connection to higher powers and manifesting your true dreams. “Out here in the desert, we don’t know our names, and nobody calls.”

“Flow to Find Me”
Pensive tune about the ups and downs of life. No choice but to wait for the universe to begin the next chapter/wave to enable you to move on. “I’ve been sleeping for awhile, waiting for the flow to find me”

“Interlude”
Instrumental breakdown that is meant to tingle your spine and awake your mind. It’s it true form, it’s the sound of happiness.

“Grunge”
“Grunge” is about the life at our house in Pacific Beach. It’s fun and sparkly and alive. It’s also about how I went to the Amazon and did ayahuasca and connecting to the other side. “Come along and see the fortress. It comes alive at the end the night”

“Fanfare”
It’s a resolve song that depicts the victorious relief from post-relationship struggle/turmoil. “I hear your name blowing through the tree tops.”

1 thought on “The Verigolds – “For Margaret” (album premiere)”