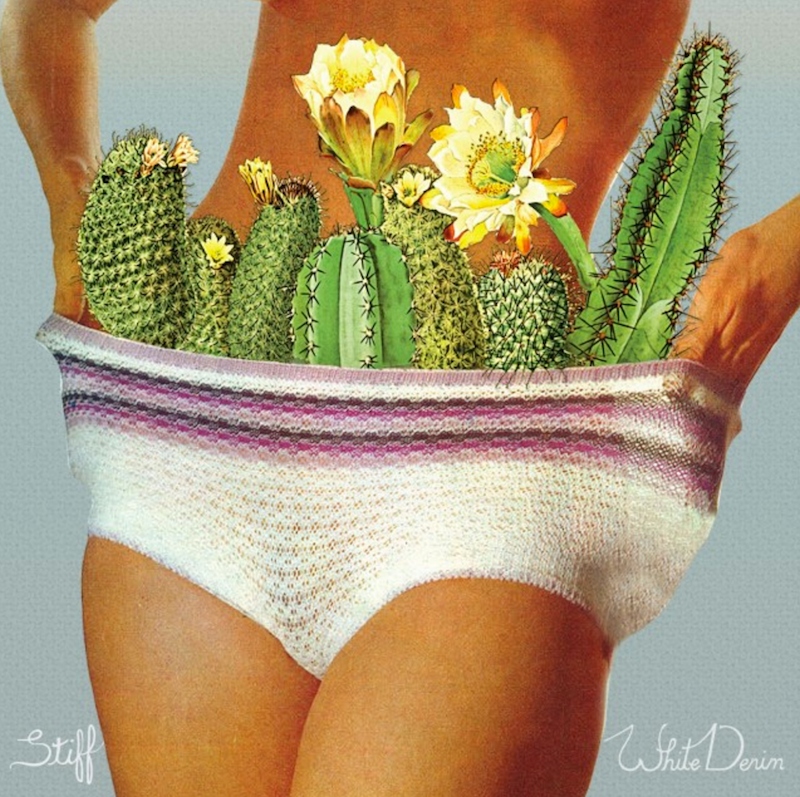 Much to our delight, White Denim are back! The band took a small hiatus after Corsicana Lemonade was released in 2013 so that most members could do their own thing (James Petralli released Constant Bop as Bop English) and two other members left to pursue other ventures (Joshua Block and guitarist Austin Jenkins are now a part of Leon Bridges’ band). This time around, core members James Petralli and bassist Steve Terebecki have teamed up with Jonathan Horne and drummer Jeffrey Olson on Stiff.

Was the little break worth the wait? Has the semi-new composition resulted in them looking to the garage rock of the past, the more recent blues-infused rock, or do they head in a completely different direction? We share our First Impressions of White Denim’s sixth studio album, which is out today via Downtown Records.

My favorite part about White Denim is that what you hear is what you get. They have been able to capture their live soul and experience as best as they can on most albums they have released. They are a jam band, and their live set is one to definitely witness if you can, as they never seem to disappoint in a live setting. With Stiff being recorded live in studio with very little production elements added (except for ones that were available in the 70s), the band just continues to prove that their heart is tried and true rock n’ roll regardless if the lineup has changed a bit.

A few tracks definitely feel like signature White Denim with “Had To Know (Personal)” and “Mirrored In Reverse” which will be the jam tracks they can expand and impress on in a live setting. They continue to try a few different things on Stiff, yet they still feel cohesively like White Denim and it works.

Stiff  feels retro in parts including the soul filled “Take It Easy” (Ever After Lasting Love) and the most soul and R&B feeling track off the album “Ha Ha Ha Ha (Yeah)”.  “(I’m The One) Big Big Fun” is a funky groovin song while “Brain” takes more of a psych direction. The first single they released was “Holda You (I’m Psycho)” which reminded us how much Denim does rock and is similar in vein to 2013s Corsicana Lemonade. “Real Deal Momma” also captures similar sounds to their last release. The album closes with “Thank You” which is a love song but also might be an appreciation to all that have supported the band through their growth as a band until fully realizing their success. The background chorus proclaims “We Made It” and in fact they have. Whether White Denim continues to make more albums together, or goes separate ways with different projects, there is no doubt that they have definitely carved out a nice space for themselves within the blues-garage-psych rock realm.

White Denim has been described as jam band for people that don’t like jam bands or the thinking man’s jam band. They are a riff-and-groove-heavy band, but unlike a true jam band their songs are tight and usually clock in at 4 minutes. More importantly, they make concise albums that are more than just a catalog of songs, as they often introduce new material or new versions of their songs in a live setting. All of this holds up for the fantastic new album Stiff. Opening track “Had to Know” kicks off with the now signature guitar sound coupled with James Petralli’s vocals. It is not the sound of a band trying to reinvent itself, but the sound of band fully accepting its place in rock music. That sound is a combination of classic rock, Texas blues, and some garage rock-style jamming. The band embraces funk with “Ha Ha Ha Ha (Yeah)” and some psychedelic styling on “Brain”. Things slow down the chill “Take it Easy (Ever after lasting Love)” and the percussion heavy “(I’m the One) Big Big Fun” both have more 60s rock feel to them. They close out with sweet song “Thank You” with proclamation of gratitude, but this album is so much fun it is the listener that should be thanking White Denim for another wonderful listening experience.

With the changes that have come with White Denim and the pursuit of other projects, Stiff represents a band that is in transition – or maybe even suffering a midlife crisis. During such times, we look back in order to make sense of the future and try new things, which is what White Denim do on album #6. Songs like “Had 2 Know (Personal)” and “Mirrored In Reverse” are reminders that the band once created infectious, gritty, garage rock. “Real Deal Momma” and “Holda You (I’m Psycho)” echo their more recent forays into blues-rock, particularly on Corsicana Lemonade. Then there are the new experiments, as the Austin-based quartet dabble in some psychedelia with “Brain” as well as funk and soul on the extremely fun and Four Tops-esque “Ha Ha Ha Ha (Yeah”) and “Take It Easy (Ever After Lasting Love)”, a song that could have been written for Charles Bradley (now that would be a great cover). For the first eight tracks, we’re taken on a whirlwind tour of music history, left trying to figure out what Stiff is all about other than it being, as Michael mentioned, one fun album. It is the closer, the funk-infused, psych-folk “Thank You”, however, that things become a bit clearer. Expressing their appreciation to almost everyone and anybody, the track is not just one of gratitude but has the feel and sound of a band that is saying goodbye. Whether that is permanently or just farewell to what White Denim was, there’s a sense of closure to the album. Let’s hope it isn’t the end of the band, but if it is then they’ve gone out on a high note with Stiff. 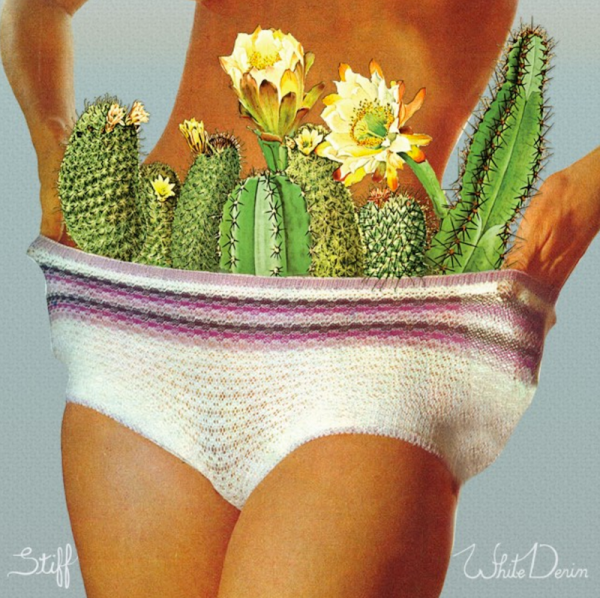 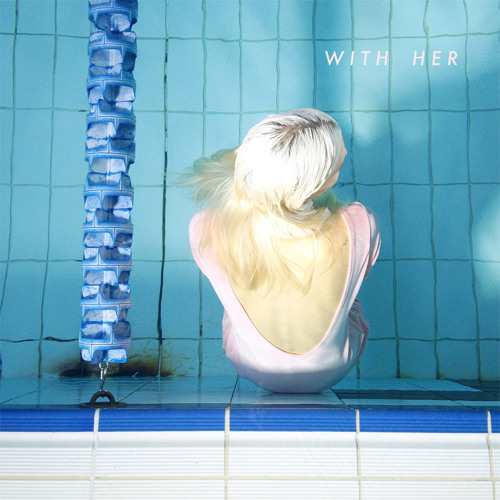 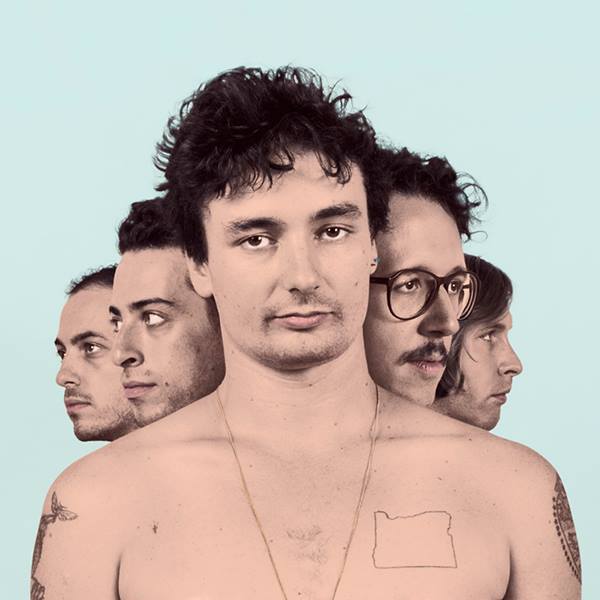 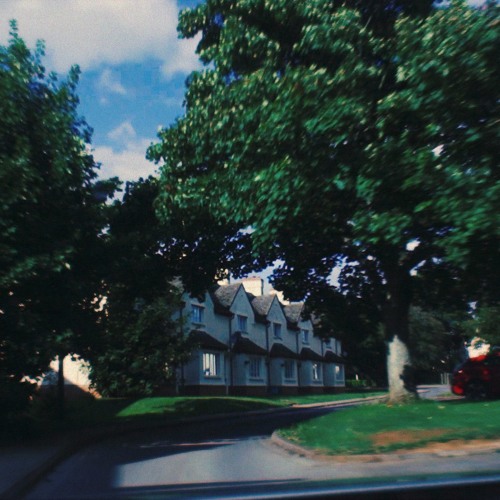