For the fourth edition in our ten-part Memories of SXSW ’16 series, we have an Austin-theme with three of the five artists being from the New Music Mecca of the world. From lost voices to secret guacamole recipes to a band of introverts to McFlurry’s to trippy dreams, the stories in this edition are amusing and wild. Be entertained. And once you’re finished here, check out Parts One, Two, and Three. 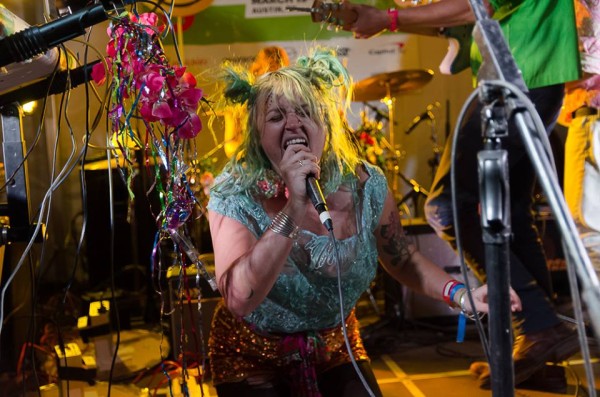 Carrie Fussell:
By our 8th-10th shows, we were all running on fumes, especially vocally. We were playing at Stay Gold on Friday, and I think because it was on the east side, lots of locals made the trek into the madness to come to the show. When we got to a part in the song where all the instruments drop out and there is some a cappella singing, my voice came out as a froggy little croak! Everyone in the audience, however, sang the lyrics to keep the song going. It was really exciting and encouraging for the band and so inspiring to see a SXSW audience come together to support a band they love.

Chris Webb:
OK so there I am on stage at Docs Motor Works off South Congress. It’s our 9th show in 5 days, and we are raging as hard as we can and it’s working. We are vibing, the crowd is vibing, and the music is happening in spite of or aided by our exhaustion and general haggardness. Out of the corner of my eye, I notice a childhood friend appear with his jaw on the floor in the crowd, which is forming in the street next to the stage. I haven’t seen this person since high school! I’m now 27. This is is utterly mind blowing. I finish the set and jump off stage to go meet him. He has no idea that I even play music until he saw me on that stage. We reconnect immediately. This is what SXSW is all about – nothing is too random or unlikely. When half the world comes into your backyard for a week of partying, there’s no telling what magic can happen. 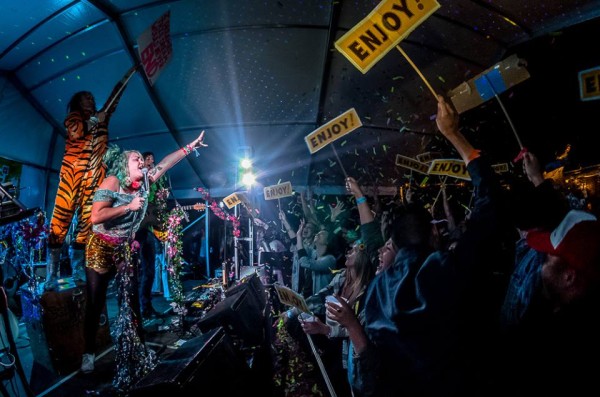 If the life of a band was measured like the life of a human, Claiming Neptune would be a baby band in the teething stage right now. Having played our first show just over a year ago, that made SXSW 2016 molar time! Painful! Yet, a critically important stage in our development. Now, after a year of playing shows and recording our debut album, I think it’s fair to say we’d amassed at least a modicum of comfort in playing our songs live, but putting on an engaging stage show steeped in charisma and bad assery? That’s a whole new tooth, Felicia!

But what would we do? Every band needs to find its unique stage persona. Sure, be inspired by what others have done, but at the end of the day, you have to be you. Claiming Neptune, however, is five introverts, and if you had seen our earliest shows, you would have definitely known that. Going into these four unofficial shows we played around SXSW, we were definitely aware that the first – and perhaps the biggest – step to putting on a more engaging stage show was to simply loosen up. All of us!

And that’s how I ended up with a microphone in front of my face: the bass player who doesn’t sing a note. I’ve been known to let a quip or two fly during rehearsals, so the thinking was that I would just do that into a microphone…and maybe it would give our frontwoman Lisa something to work with…or shudder about in shame and disgust…depending…

The experiment worked! Lisa and I now have sort of a good cop-bad cop, crazy man-chill girl schtick on stage. And lo and behold, the vibe caught on with Josh, Derrick and Jynxmaster Flash, who added a little swagger to his steppin’! It even worked well enough to turn a few heads and get us a few prime contacts interested in working with us, and isn’t that what everyone is trying to do at this megalithic music conference? 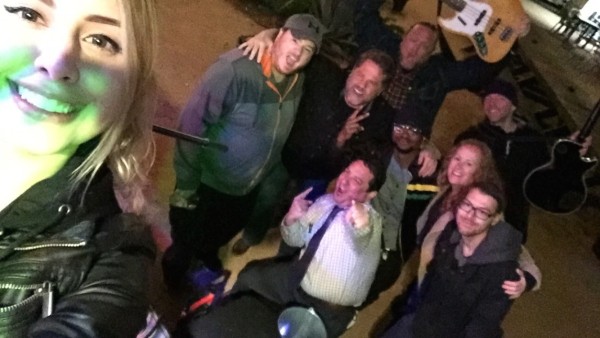 This year at SXSW, we kinda overdid it. Somehow we managed to book ourselves 13 shows that week, including the SXSW film/interactive portion of the fest, but every single show was more than worth it. Here are our top 3 highlights…

Our fave show of the entire week was curated by our amazing close friends Hotel Hot Burrito (i.e., Hotel Vegas / Barracuda team) for the Boat Show Boogie on Lady Bird Lake. We played on the roof of a Capital Cruise party boat that drove up and down the river with our dear friends Birdcloud from Nashville, who wore homemade whitey tighty bikinis and rocked a smoke machine in the open air, which was one of the most fun and original things we’ve seen yet. That’s why we love those girls so much – their originality and wit… and heart, their hearts are huge! To top it all off, my dad make the trek down from Dallas just for the boat show, and we got to drink some Lone Star Light together (our fave), as we smiled from ear-to-ear floating on the river. That was pretty special. 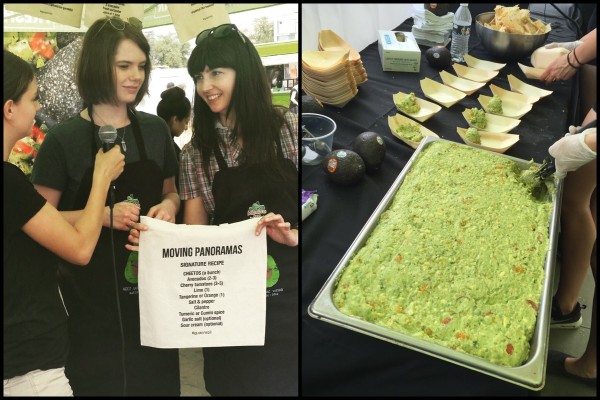 Our fave non-show event of the week was a guacamole demo at the SouthBites food trailer park curated by Avocados of Mexico and Culture Collide. They had us send our original guacamole recipe to them in advance, and it was pre-prepared to share with public when we arrived, along with free custom tote bags for everyone with our recipe in them (even though ours had an accidental incorrect ingredient that was Twin Peak’s special ingredient, Cheetos, we thought that was even more rad!). This hit close to home because when I moved to New York, my Tex-pats in the city would get together every year for a Guac-off contest in a different city park each year. I placed one year and got a trophy, kinda my fave honor ever! It was fun to share that recipe, of which the secret ingredient consisted of tangerines and no onions. Some people showed up thinking we were playing at it, so next year I bet we will.

Our fave official show of the music festival was at the brand new ACL Live venue 3TEN. Holy moly what a fantastic place! It was nice to be one of the first bands to grace that insanely slick stage. The room sounded amazing from the stage and the crowd, and their large doors opened to the street to lure people in from the outside, as it was an official event open to the public. Oh, AND they had parking for the bands, which was completely unheard of that week. In fact, that was the ONLY show that week that had reserved band parking. Next year, we might only consider playing at places like 3TEN or venues on the east side like Hotel Vegas solely on the parking situation alone… and because they are our faves, of course. 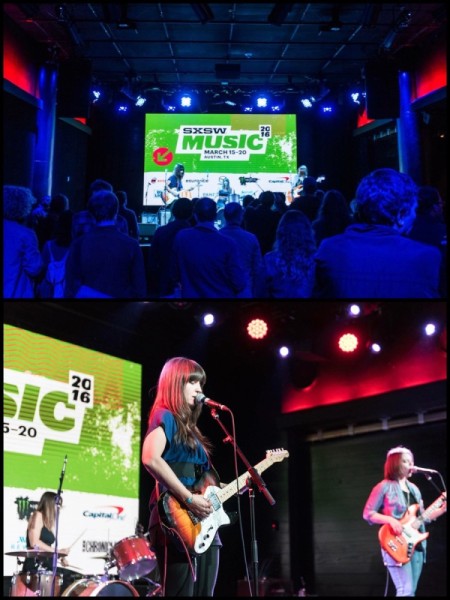 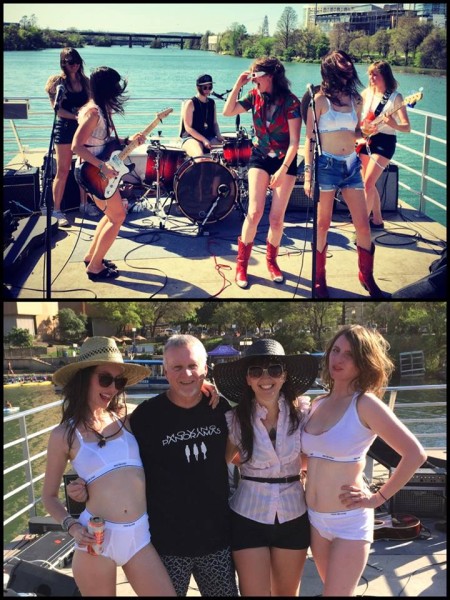 I loved SXSW! Since it was my first experience of it, I wasn’t sure what to expect besides drinking and music (which is true, by the way! Hahaha!). The MTV Woodie Awards was my first performance of the trip, which was an amazing way to kick off the week and provided for such an awesome and memorable experience. I also played the McDonald’s loft, where they served free food and booze, which was amazing, obviously. Make your own McFlurry? Yes, please! SXSW definitely treated me well, like when somehow I drunkenly stumbled into a Ra Ra Riot concert. I get lucky like that sometimes. I seriously can’t wait for next year! 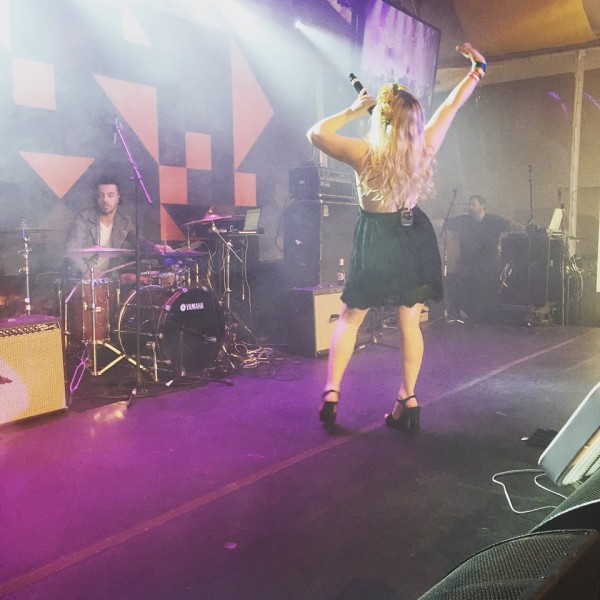 There was a guy on a crammed 6th street wearing fluro yellow tights and a mangy wolf mask playing violin. We walked past, and Nic revealed to me that he had dreams like that. I was falling asleep to Jennifer Connelly reading The Sheltering Sky, and I kept waking up thinking my spirit guide was an American woman in a deep malaise.

We saw Tony Visconti arrive at his hotel, which made us speechless. We couldn’t afford to stay in that hotel, but we’d park our car there because it was central to the action. I guess Spookyland valet parks with the God’s. Liam and I shared a bed for budget purposes throughout the trip and both had dreams of meeting the man who produced our favourite music. The next day, three people in a row thought Liam and I were identical twins, I think they sensed that we shared beds and dreams.

An Austin masseuse revealed to Nic that there is a heavy concentration of Luciferian’s residing in the city. I took a few highway light’s for UFO’s, Nathan renamed everybody we met “old mate”, and we began to question his sanity.. all-in-all though Austin was too busy for a fair paranormal analysis. 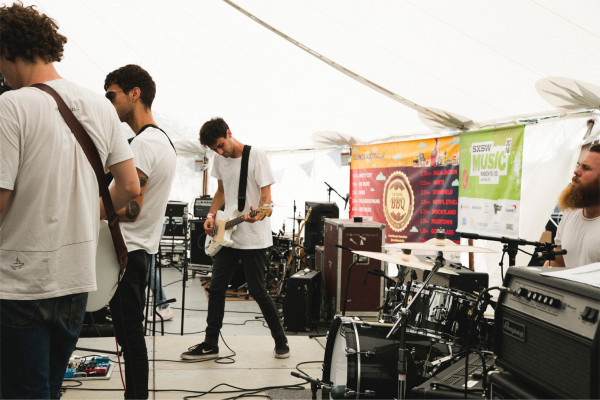 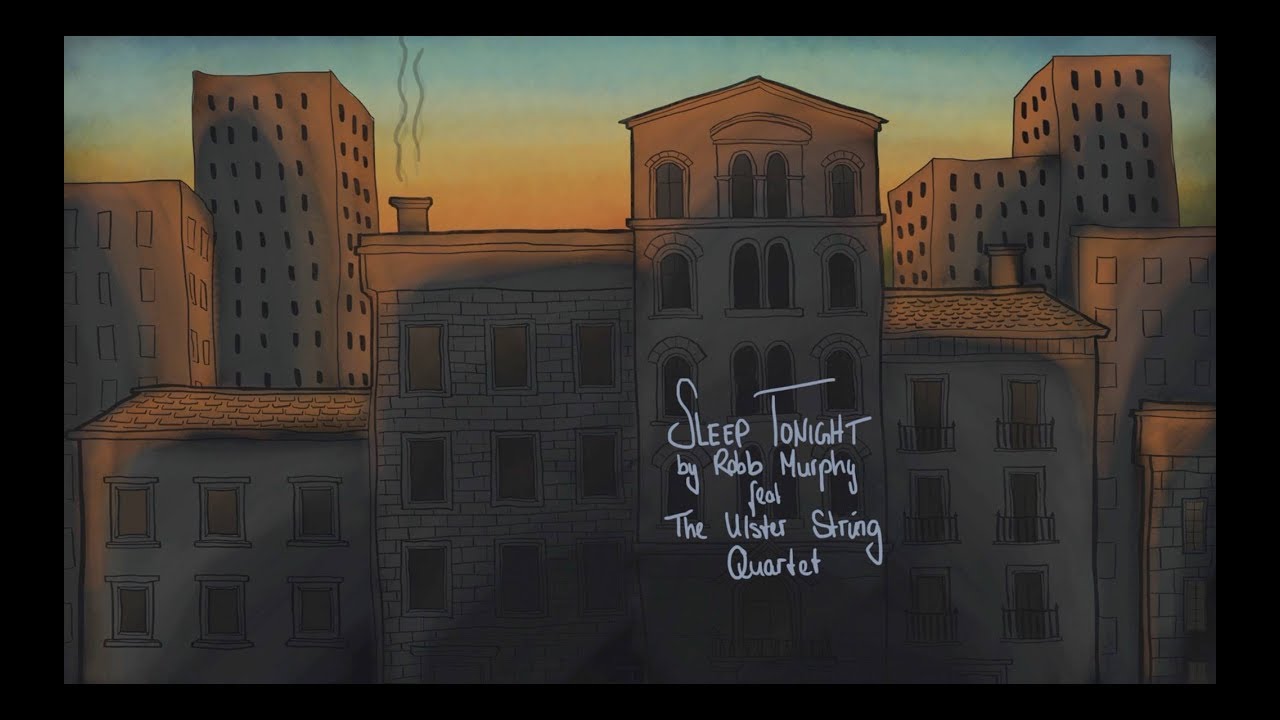 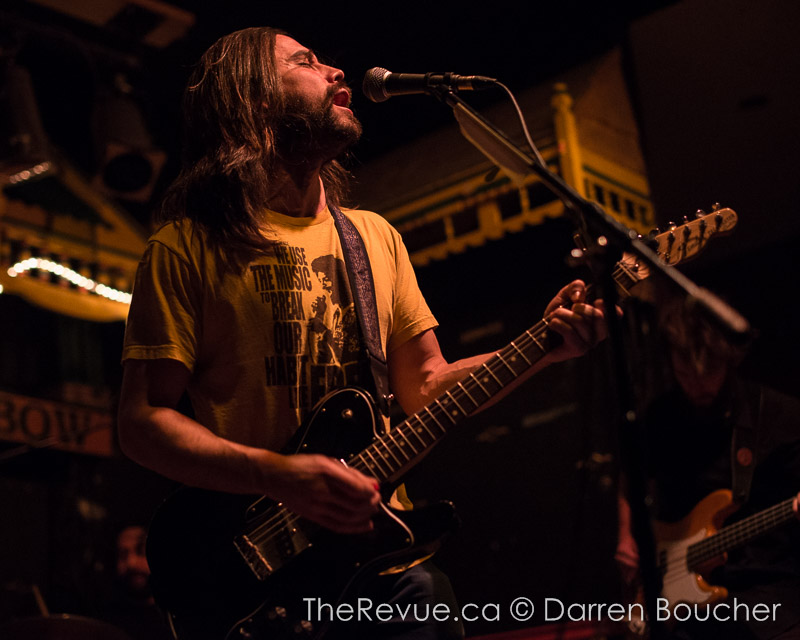