Photos by Jasper Rain, words by Ben Yung with contributions from Jasper

For the two of us, seeing New Zealand’s outfit French for Rabbits was high on the live music list. Their combination of dream-pop and indie folk has long mesmerized all of us at The Revue since we first featured them as a hidden gem and the subsequent occasions we’ve shared their music. Originally formed as duet between Brooke Singer (vocals/keyboards/guitar) and John Fitzgerald (lead guitar), the band has expanded to include Hikurangi Schaverien Kaa (drums) and Ben Wood (bass), who have allowed French for Rabbits to expand their sound and take their dream-pop to ethereal levels.

Brooke and John were recently in Europe sharing their intimate songs and expanding their following, but they returned to their home country and shortly thereafter embarked on a brief New Zealand tour, including a stop at Wellington’s newest little venue, Caroline. For some of the band members, the soldout show was a “hometown” gig with many family and friends in attendance plus regular fans like us. As such, there was a certain giddiness and playfulness among the band, namely Brooke, who often engaged rambling but humourous conversations with the audience and Ben Wood. The dialogue provided balance to the band’s enchanting and alluring music, which is why the 200+ people showed up to hear. 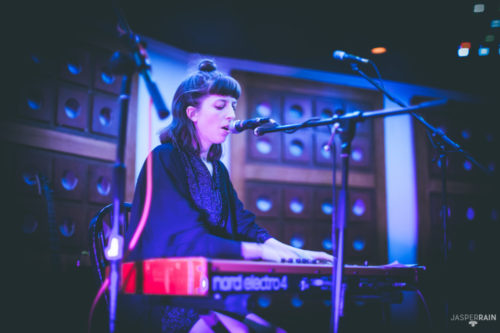 French for Rabbits shared new songs from their forthcoming sophomore album and old favourites. The highlight among the five new songs was “Halo”, which is arguably the loudest song the band has ever written. The song starts off lush and delicate like most of FFR’s songs, but it slowly builds into a shoegaze mini-rocker as John’s controllably lets loose on the guitar. It would be interesting to hear him really let go and end the song on a high. As the band fine tunes the track, hopefully we’ll get to hear a more blistering version – or at least the next time they perform it live.

Among the old favorites sung that night included the crippling but beautiful “On The Other Side”, the haunting “Goat”, and the absolutely stunning “Woke Up to a Storm”. Through each of the songs, the entire audience was left enchanted by Brooke’s delicate vocals, the warm strums of John’s guitar, and soothing rhythms of Hikurangi and Ben Wood. Gentle swaying could be observed among the crowd and many quietly hummed to the melody of French for Rabbits’ classics. To watch a band we’ve long admired for the first time gave us an appreciation for the talents. It’s not just musically where the band enchants us, but also in the introspective storytelling, as Brooke shares stories that we all can relate to. 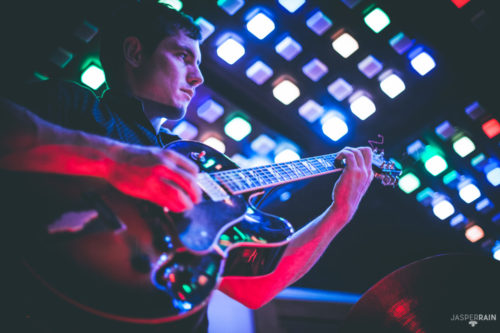 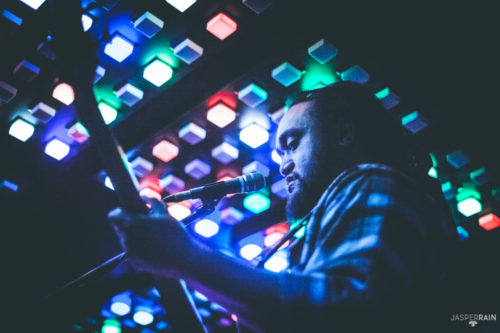 Opening for French for Rabbits was Christchurch’s Fraser Ross. Playing together with a full band for the very first time, Ross shared a wide-ranging set that included everything from jangle-pop to psych-folk to indie folk. The music that is available online via SoundCloud and Bandcamp does not do justice to Ross’ sound and presence. Throughout his 40-minute set, the audience was dancing and in a joyous mood. The best way to describe Ross is that he’s a mix of Mac DeMarco, Glen Hansard, and Andy Shauf, as his stories can be whimsical, imaginative, and poignant. His music, which you

Ross’ stage presence, as well, was second to none. Sincerely funny on stage, Ross built good rapport with the crowd from the get-go with his witty anecdotes and sincere vocals. “We are mongrels baby!” filled the venue, which was then complemented by wolf-like howls from the crowd. We love finding hidden gems, and Ross proved to be just that. 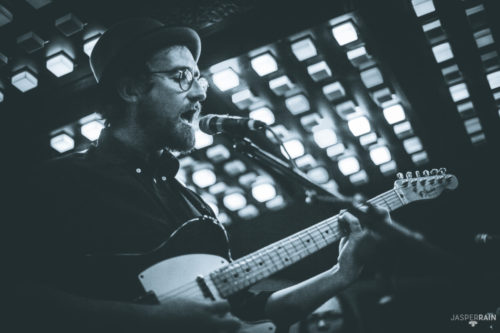 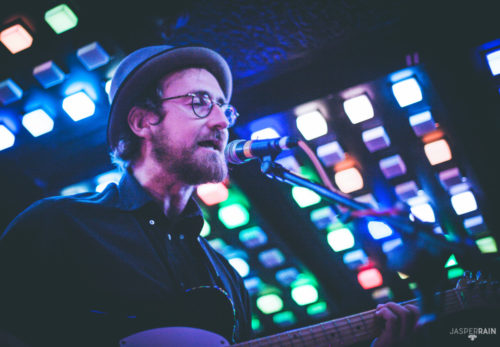 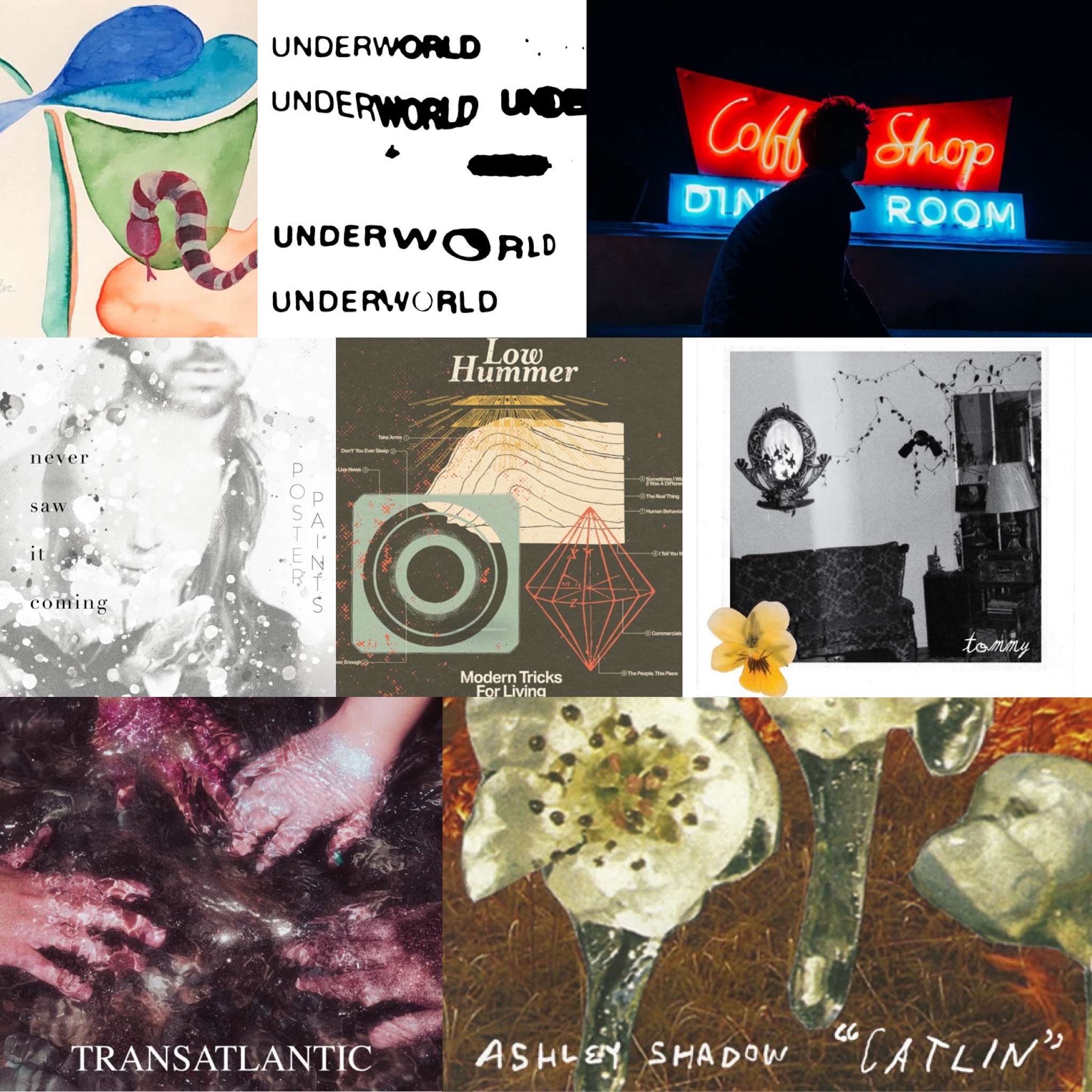 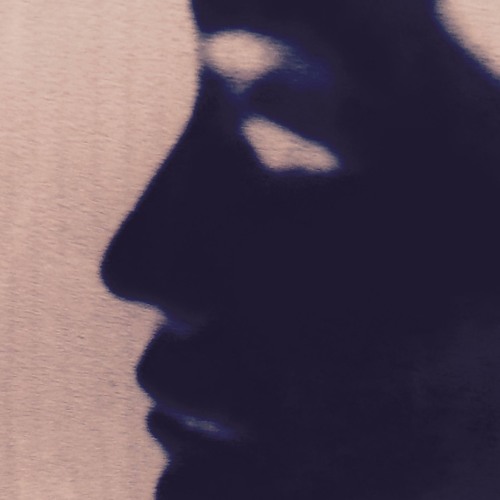 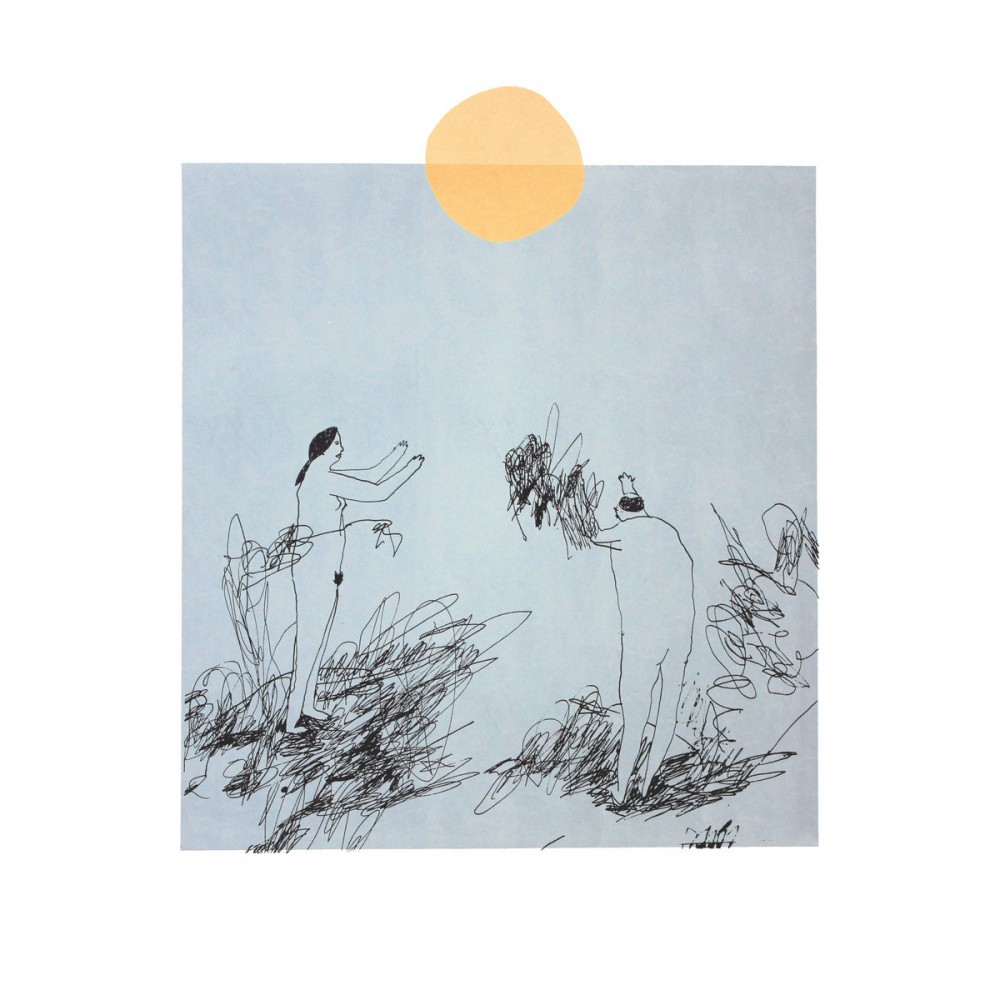