Great musicians reward you for keeping up with them as they grow from album to album. You get to discover what they discover right as they’ve discovered it. They go on a trip and as soon as they come back they throw open the photo album of everywhere they’ve been. With their unstable, enthralling sophomore album Probable Depths, Half Waif spreads gorgeous, confusing photos haphazardly across the floor, barely explaining them. It’s our great pleasure to sift through them, parse their meaning, and view them over and over, especially after being captivated by Half Waif’s 2014 debut LP, KOTEKAN, which was, now I realize, just the tip of the iceberg.

The photos are 8 intricately composed pieces by Nandi Rose Plunkett, Half Waif’s maestra and central figure, and they lead us on a meticulous, cellular journey beginning with the minute-and-a-half-long opening song, “Desperado,” a perfect reflection of the beginning of a trip. Skewed, odd multi-tracked vocals twist Plunkett’s strong voice into crazed choirs.

Nobody knows where he was going.
To a faraway coast
Where it’s already snowing?

The song seamlessly dovetails into “Nest,” which features these altered vocals even more heavily, and mixes airy violins with digital instruments, neatly (or messily?) showcasing what makes Half Waif so special: Plunkett has three powerful tools at her disposal, at least two more than most. She has a firm grasp of composition which allows her to effortlessly arrange tunes that feel both forward- and backward- facing; she has a pure, strong singing voice, that handles sounds from full throat to desperate gravel; and she has the musicianship to handle many of the performance duties herself.

All of this ability is nothing without emotion, which is Half Waif’s stock and trade. All the feels work incredibly well with all the talent and all the esoteric sounds. Bjork’s got this feel, so does St. Vincent, but Chairlift’s Caroline Polachek is my favorite comparison. She and Plunkett share the stirring ability to mix clarity with out-there samples, pop-worthy hooks with Advanced Music Theory-final-thesis-worthy composition and finish it all with an ethereal, bleeding poetic sense.

After “Turn Me Around“‘s effortless singability, and the breath-holding menace of the title track, my favorite gut punch is “Overthrown,”

I kiss your face and I know
just what that shows.
But the lie is my bread
and I bet nobody knows.

I tore the lily from its branches.
You’ve given me too many chances.
Quiet now, I’m so quiet…
Quiet now, I’ll be quiet…

surrounded by echoing, nearly tropical percussion, a barely-heard samba bassline, violin glissandos, is the wrenching line “I tore the lily from its branches/You’ve given me too many chances,” the narrator describes herself simultaneously as a let-down and a threat. The journey inside the self is exhilarating.

In the span of ten seconds, we’re in Brazil, we’re in Plunkett’s native Massachusetts, we’re composing strings with Ennio Morricone, and we’re back in our headphones, having seen a glimpse of the universes inside Half Waif.

Half Waif is playing a record release show tonight at Baby’s All Right in Williamsburg BK. Tickets here.

Probable Depths is out now, with cassettes available from DZ Tapes. Purchase the album on iTunes and Bandcamp. 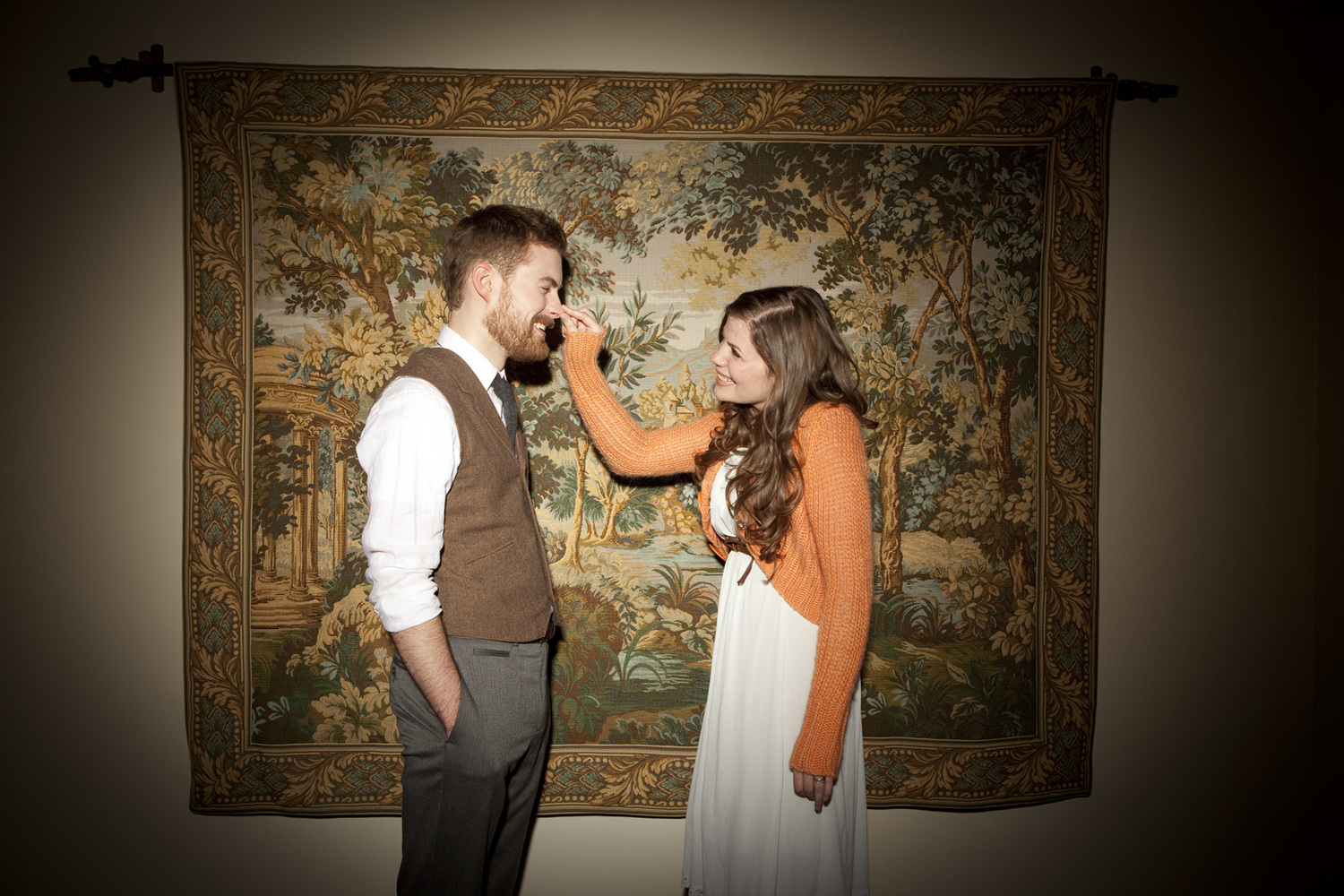