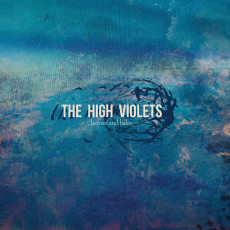 Today’s serving of new music cocktails comes with a recommendation guide. When you’re trying to decide which music to dive into, sometimes it helps to have a few starting points for comparison. You wouldn’t recommend a steakhouse to a vegetarian, just as you wouldn’t suggest black metal to a chillwave fan, right? That’s our view. Hopefully the “RIYL” (Recommended If You Like) tag will help you discover a new favourite artist based on other groups you may already know and love. That said, let’s switch things up by spotlighting primarily American artists this week. We’re delighted to share on the Melodic Tonic ’16, vol. 20 a pair of indie-rock singles plus a trio of indie psych-pop gems. 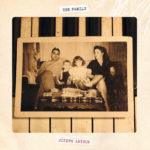 Joseph Arthur is one of America’s most underrated talents. A restless soul with the heart of a poet and the hands of a painter, this versatile singer/songwriter never stops creating. He’s done a lot in the 20 years since he became the first American artist signed to Peter Gabriel’s Real World Records. Fellow singers Michael Stipe (R.E.M.) and Chris Martin (Coldplay) have covered his songs. He’s had side projects with Ben Harper and Dhani Harrison (Fistful of Mercy) and Pearl Jam’s Jeff Ament (RNDM). He’s performed on stage while painting. But his upcoming 14th studio album, The Family, marks the first time he has used a piano as his primary instrument.

The first single, “You Keep Hanging On”, bears the same intimacy of his 2002 release, Redemption’s Son. It’s heartfelt and mellow, punctuated by his trademark falsetto on the chorus. If this single is any indication, this new album might be his best yet.

The Family releases June 3rd on Real World Records with pre-orders available directly from his website. His brief European tour in early June will be followed by 12 North American dates from July through September. 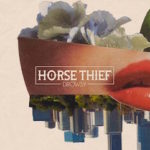 Discovering new artists is one of the greatest joys for a music fan. We love nothing more than sharing songs from a group you might not know yet. Some days we hear a new tune that hits our musical sweet spot like a bullseye, and we kick ourselves for being late to the party.

Fortunately with this new single from Oklahoma City-based indie rock outfit Horse Thief, we’re only fashionably late. “Drowsy” is their contribution to last month’s Record Store Day. While it’s our introduction to this talented band originally from Denton, Texas (home to other stellar indie groups like Midlake and Neon Indian), this isn’t their first single. Their debut album, Fear in Bliss, was released in 2014 on Bella Union. We’re hoping the band is hard at work on a follow-up LP, because we are anxious to hear more ASAP. If you like intelligent lyrics paired with an honest, intimate sound, this single from Horse Thief is in your wheelhouse. 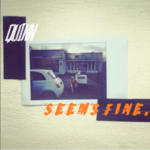 Breezy, jaunty, and catchy as hell. That’s the best way to describe this gem from Birmingham indie garage rock trio Quinn. Lead vocalist Sam Lambeth aimed for a Best Coast-esque summery vibe on this track, and he has succeeded beautifully. “Sixteen Vandals” is upbeat with plenty of Lemonheads-style jangly guitar riffs that won’t soon leave your head. The song is as uplifting as the story behind it. Lambeth plans to donate 100% of all monies received from the upcoming debut EP (as well as all proceeds from shows and merchandise) to Teenage Cancer Trust.

Seems Fine EP releases June 10, but you can stream the songs now from the band’s Soundcloud page. 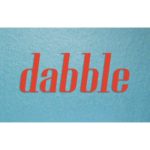 Somehow this song from Los Angeles band Dabble escaped our radar when it was first released last year. It’s a good thing the EP has been re-released on cassette via Burger Records, or our lives would be missing some sweet sonic bliss.

“This Nightlife” is a gently hypnotic swirl of indie psych-pop perfection. The vibrant layers of percussion and synth serve as a foundation for the shimmering vocals. You know the mesmerizing feeling you get watching waves crash on the shore? That’s the vibe here: dreamy, sunny, and chill yet utterly rejuvenating. Dive headfirst into this one. We promise you won’t regret it.

You can get the II EP from the group’s Bandcamp page. 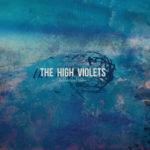 Dreamy shoegaze psych-pop never sounded better than on this new single from Portland, Oregon-based veterans The High Violets. The penultimate track on their recently released Heroes and Halos LP, “Comfort in Light” will hold you captive for exactly five minutes. The gorgeous vocals will leave your head spinning while the powerful layers of guitar and percussion might just cause your jaw to drop. If this is the first time you’ve heard The High Violets, we highly recommend that you put on headphones to minimize distractions. You will want to savor every note.

Heroes and Halos released April 1 via Saint Marie Records. It is available from the label’s online store and on their Bandcamp page. 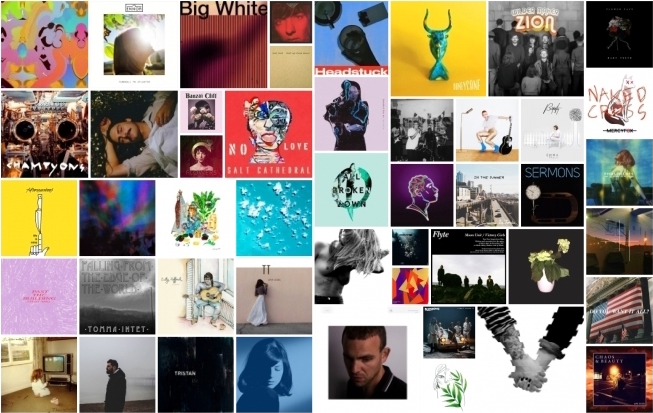