The Matinee May 26th features eight song for your listening pleasure. Taking a page out of Wendy’s playbook, the songs come from artists spread across the globe – from Russia to Australia, from New Zealand to Norway, and cutting across England, Canada, and the United States.

We kick things off with music that we rarely showcase – downtempo, ambient music . The music by Minsk, Belarus native, Antrru, however, was too good to pass up. “Hyap“, which is from Antrru’s new album, Мрамори, is a blissful and hypnotic number, like an enchanting dream from which you never want to awake. What is impressive is the control that Antrru demonstrates – never overdoing the samples while quietly integrating keys. It is ambient, it is symphonic, it is a beautiful track.

Antrru is the project of recent university graduate Anton Kilstov, who now calls St. Petersburg home. His debut album Мрамори is derived from two Russian words – ‘мрамор’ (marble) and ‘море’ (sea) – and that glacial, oceanic feeling resonates across this one track.

RIYL: The Beach Boys, The Shangri-Las, The Ronettes 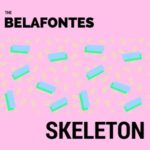 Whereas Antrru may haunt your minds, newcomers The Belafontes will leave a smile on your face. On Saturday, they will be releasing their debut singles, one of which is “Skeleton”. The song resonates ’60s pop music – summery, cheery, and blissful jangle- / surf-pop. It is the perfect beach song, one that is meant to shake your hips under the clear blue sky while your feet glide effortlessly over the sand. If Mary Weiss of The Shangri-Las fronted The Beach Boys, they would probably create a song similar to this dose of surf-pop sunshine.

The Belafontes are Jessica Belafonte, Paul Belafonte, Alex Lambert, Sally Hull, and Tom Barrie. The other single they will be sharing on Saturday is the aptly named “Saturday”, which can be heard here. 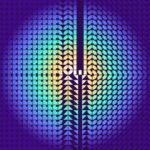 Another band readying the launch of their debut album is Berkeley, California-based Bows. The project of Kaila McIntyre-Bader and Luke Bace, the duo’s synth-pop approach is far-reaching – uptempo but thoughtful a la Lowell and Grimes, cosmic and titillating like M83, or crippling indietronica like the work of Jenny Hval or Hunter As a Horse. “Should Have Known” falls in the latter category – a dark and haunting song that is apocalyptic and even sinister in nature. Despite its bleakness, the song is captivating and hypnotic, revealing McIntyre-Bader and Bace’s talent for creating soundscapes that challenge yet engage the listener. Not every duo can master the dichotomy of these two elements.

Bows’ forthcoming, new album, The Day We Left, arrives tomorrow (May 27th). Get it at Bandcamp.

False Advertising – “Give It Your Worst” (Manchester, England) 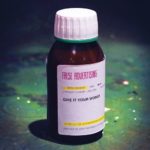 of the great little bands to arrive within the crowded Manchester scene is False Advertising. The trio of Jen Hingley, Chris Warr, and Josh Sellers have been creating some awesome, 90s-style alt-rock, grunge, and garage rock for the past two years. Whereas their last single, “Piece of My Mind”, was more Soundgarden in its approach, “Give it Your Worst” wails of the melodic alt-rock of Garbage and Hole. But more than any other song the band has written, False Advertising demonstrate patience on this number. The methodical build leading to great ending is heard by more accomplished bands, which False Advertising will one day achieve. 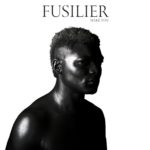 One of the most creative songs to come out this year is “Make You” by Blake Fusilier – or simply Fusilier. This song is AWESOME! It is funky. It is sultry. It is hypnotic and dizzying. It is a brilliant song, where Fusilier has given us a glimpse of the future with his fusion of funk, R&B, soul, electro-pop, and indie rock.

Prior to embarking on a solo career, Fusilier was the former bassist of Boston rock band RIBS. But after moving to Brooklyn, Fusilier focused on launching a solo career. With two singles under his belt – “Make You” and “The Moment” – Fusilier is showing that the decision was the right one. His debut EP, which will be released on Brassland in the coming months, should showcase more of his creativity. As shared in his press release, Fusilier explains his mission:

My vision is Nine Inch Nails meets James Brown. When I say that to friends to describe ‘Make You’ the mixture of wonder and excitement they show is the exact feeling I want to cultivate. I think one of the major duties of any artist is to expand the realm of the possible — to stimulate the imagination of the masses.

It was only a year ago when Jenny Hval released Apocalypse Girl, and she is about to release her fifth album (third under her own name) in the fall. Then again, it should not be surprising that Norway’s version of Björk has new material to share as she has been annually releasing albums since 2013. The lead single from her forthcoming album is “Female Vampire”. As the title suggests, the song is dark and creepy, but, as is Hval’s tendency, also spellbinding as Hval’s delicate vocals hover over the entrancing instrumentation.

“Female Vampire” is the lead single from Blood Bitch, which arrives September 30 via Sacred Bones Records. The LP is a concept album, but not in the sense of a Twilight or True Blood sense. It is an album that Hval explains to be part fictitious and part personal, where fiction is interwoven with fact. Cannot wait to hear it.

No Joy – “A Thorn in Garland’s Side” (Montreal, Canada) 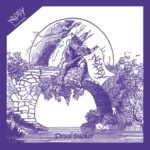 One of Canada’s great rock bands comes from arguably the country’s music capital, Montreal. Since the beginning of this decade, No Joy have been sharing mix of garage rock, hard rock, grunge, post-punk, and alt-rock. Their new single, “A Thorn in Garland’s Side”, blends all these genres one into a roller coaster of a track. The song starts off with a roar, taking us on a reverb-filled loop and then towards the shimmering straightaway before ending with a dizzying twist and a soft landing. Whereas some bands peak after a few years and lose their creativity, No Joy are only getting better with each song and album, and “A Thorn in Garland’s Side” might be their best to date.

The song is from No Joy’s forthcoming EP, Drool Sucker, which is due July 15th via Topshelf Records. 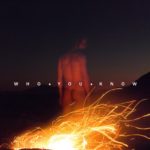 To quote our photographer Jasper Rain, “He’s awesome, like a mashup of Hozier and King Krule!” Then there is my good friend Hollie’s statement, “HOLY HELL!” These are our reactions to Wellington newcomer Solomon Crook, a singer-songwriter with one of the most unique voices we have heard in some time. While he has released a few singles, his most recent one, “Who You Know”, is his best – heck, it is one of the best songs we have heard all year. Crook’s vocals and style are similar to Hozier, but there’s an added darkness and rawness that permeates throughout the track. And whereas Hozier leans more towards Celtic folk, Crook’s sound incorporates the grittiness of swampy blues, where even at times you might think you are hearing B.B. King.

With this fantastic track and his unique voice and sound, Crook could be blazing his own path to international stardom, mushc like fellow Kiwi Marlon Williams has done with his dynamic, classic folk-rock approach. 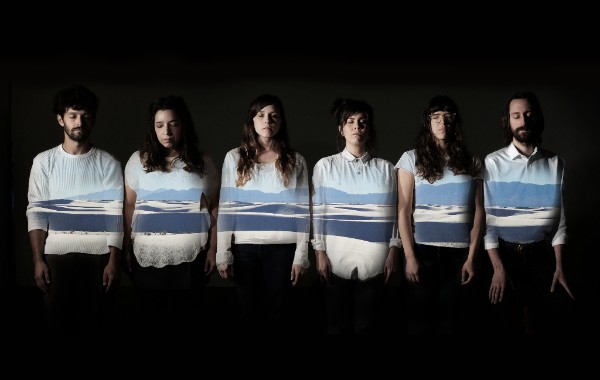