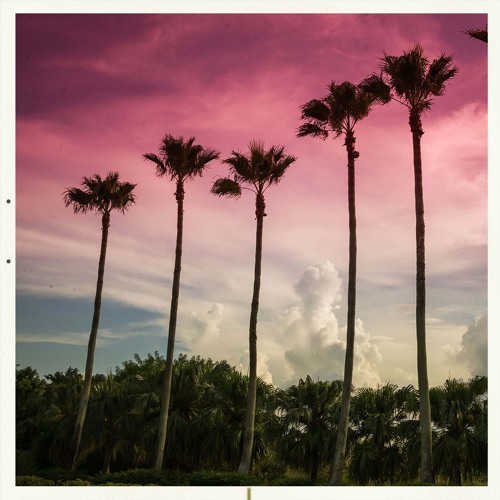 The Saturday Sampler for May 28th features plenty of global variety with 10 tracks from seven countries: Australia, Iceland, Israel, Norway, Sweden, Scotland, and USA. Whether you prefer indie folk or funky disco or psychedelic rock, this week’s Sampler offers something in many different genres. We have also included the “RIYL” (Recommended If You Like) tag to help introduce you to these artists you might not already know. 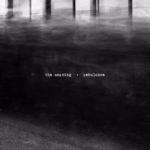 The best news of the week is The Amazing announcing they will be releasing a new album this summer. Last year, The Amazing released the sublime Picture You, which was also one of our 50 favorite albums of the year. With each song and album, the Swedish five-piece continue to, well, amaze us with their incomparable sound which fuses together post-rock, shoegaze, progressive rock, and psychedelia (even though frontman Christopher Gunrup despises the notion that The Amazing fall under the latter two categories). The result is music that is lush, dreamy, and at the same time urgent, like their brand new single, “Ambulance”. The song is what dreams are made of – something indescribable where you are being chased or chasing after something, but you want to re-live it over and over again. We will get to re-live the brilliance of The Amazing really soon when their forthcoming album, Ambulance, arrives July 22nd via Partisan Records.

Gordi – “Can We Work It Out” (Sydney, Australia) 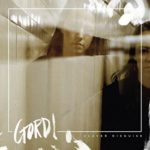 Every few years a new artist emerges and soon becomes so ubiquitous that they are known only by one name. The world knows Adele, Hozier and Sia, to cite a few. We have a sneaking suspicion that Gordi may soon be a name on everyone’s lips.

Gordi is the professional alias of Sophie Payten, a young talent from Sydney whose debut EP, Clever Disguise, is quickly grabbing worldwide attention. This 22-year-old singer/songwriter first turned heads with her piano-centered cover of fellow Aussie artist Courtney Barnett’s “Avant Gardener” hit. Her warm, honeyed vocals shine on this collection of songs, especially on the single “Can We Work It Out” with its electronic flourishes. Gordi’s music is a rich tapestry woven with threads of pop, folk, and indie rock. She made her American debut yesterday at Sasquatch Festival and has six more North American tour dates this summer.

Clever Disguise released May 13 via Jagjaguwar Records. It’s available on iTunes and Amazon. 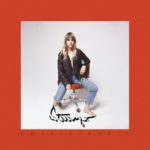 In 2011 when Gothic Tropic – the brainchild of Cecilia Della Peruti – dropped their EP, Awesome Problems, the music world took notice that a new force in indie pop was emerging. The record was widely applauded, so how did her new single, “Stronger”, fall between the cracks? Granted, it has been a while since Gothic Tropic have released any new music with a few songs dropped here and there (like this great cover of Caribou’s “Can’t Do Without You”). Their new single, though, moves away from the woozy psychedelia of their debut to more engaging indie pop. Do not let the more straightforward approach fool you – there is still an edge to Peruti’s songwriting and overall approach on this song about redemption and perseverance. This song may no longer have us calling her the next Ty Segall, but instead we will have to settle for possibly LA’s next great singer-songwriter. 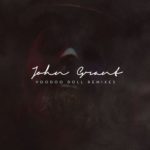 John Grant – the American-born, now Icelandic-based singer/songwriter – is a musical genius. Hyperbole aside, the man makes some of the most uniquely mesmerizing music you’ll hear anywhere. It’s no surprise that we love this guy, so we weren’t surprised when he released the new video for “Voodoo Doll” earlier this month. The single is from his third full-length LP (“Grey Tickles, Black Pressure”) released last October on Partisan Records.

This remix from Welsh electro-pop artist Gwenno (along with Peski Records founder Rhys Edwards, aka Peski Kid) retains the danceable vibe of the three-minute original version but expands the synth-heavy chorus into an expansive audio dream sequence. We didn’t think we could love the original song any more, but this version takes it to a new level of funky coolness. 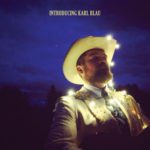 We often cover Seattle area artists, because that rain-soaked area is a constant source of quality music. It’s a tightknit community of artists who support each other. One such well-networked musician is Karl Blau. His newest release, Introducing Karl Blau, isn’t his debut, despite the misleading name. This collection of cover songs is actually his eighth studio LP and was produced by industry legend Tucker Martine (known for producing R.E.M., My Morning Jacket, The Decemberists, and more). Martine’s wife (Laura Veirs) once toured with Blau, which eventually lead to this collaboration.

“Fallin’ Rain” is Blau’s nearly 10-minute reworking of Link Wray’s 1971 hit. It features the vocals of Jim James (My Morning Jacket) and Laura Veirs (case/lang/viers), so there’s another reason to immediately drop what you’re doing and listen. “Fallin’ Rain” straddles the line between old-school Nashville country and modern-day Seattle indie. Take a 10-minute vacation to a different time and place with this single.

Introducing Karl Blau released May 13 via Bella Union Records and is available from the label’s online store. 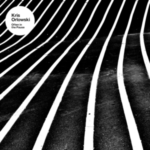 Today we are crushing hard on the latest single from another Seattle artist, the indie folk/rock singer/songwriter Kris Orlowski. Named for its frontman, this group has an immediately arresting sound. Their powerful combination of honest lyrics and heart-tugging harmonies will slay you with its emotional potency. “Falling Apart” has the intimacy of Damien Jurado and Greg Laswell combined with the folk-rock appeal of The Tallest Man on Earth. The connection to fellow Seattle singer/songwriter Damien Jurado is no coincidence since he produced their 2015 live EP, The Columbia City Sessions.

“Falling Apart” is from the group’s second full-length album, Often in the Pause, which was self-released earlier this month. You can get the digital version directly from the band’s website and from iTunes. 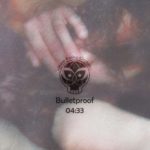 We have been waiting for some time for Tel Aviv quartet Meat Eating Orchids to share this track on SoundCloud, so that we could include it in one of our mini-playlists (they created the video first, which you can see here). This garage-rocker just absolutely rocks. A touch melodic but filled with an edgy soul, the song is essentially one big middle finger to those people who have broken someone’s heart. The final sixty seconds, where the tempo crawls to a standstill and the reverb kicks in while frontwoman Or Biron repeatedly hollers, “I will love again”, is just terrific. “Eff yeah!”

The band is known for their energetic live shows. Now, Or Biron (vocals/guitar), Limor Magory Cohen (guitar), Naama Aviram (bass), and Boaz Blum (drums) need to make their way to Europe and North America to show the world what they are missing. 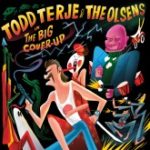 We hope you’ve got your dancing shoes on, because this new single from Norwegian DJ/artist Terje Olsen (better known as Todd Terje) will give you an incurable case of disco fever. The sprawling “Firecracker” is a flashback from the funky ‘70s with a modern twist. What else would you expect from the guy who helped make disco cool again? His 2014 LP, It’s Album Time, could have been called It’s Cocktail Time because of its vivacious, happy hour feel. “Firecracker” has that same upbeat, tongue-in-cheek spirit that makes Terje an artist who is impossible to resist.

The Big Cover-Up releases June 17 on Olsen Records. It’s available for pre-order digitally from iTunes and on vinyl from the label. 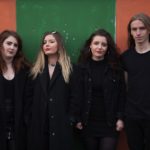 RIYL: The Jesus and Mary Chain, My Bloody Valentine, No Joy

Last autumn, The Van T’s released a blistering EP called Laguana Babe, that was filled with some awesome post-punk and indie-rock. The extended player instantly made us fans, and we are highly anticipating the release of their second EP. We got a taste of what is to come when they released “35mm”, and now they have shared the second single. “Blood Orange” is unlike anything they have created – a gritty, grungy number filled with crystalline guitars and a “screw-you” attitude to the person who wants to break up with someone. Altogether, it makes for one awesome song – like Liz Phair fronting The Jesus and Mary Chain – and arguably the quartet’s best track to date. 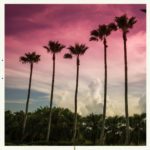 You could say we are fans of Work Drugs, the project of Thomas Crystal and Benjamin Louisiana. We have featured them a few times – well five occasions and now six. As most of us grew up in the ’80s, Work Drugs allow us to be nostalgic and re-live our youths. Their latest song, “Roll”, further exemplifies why the duo are unquestionably among the best acts around in reinvigorating the music of the past. With the warm melodies and the soothing, driving vibe, “Roll” epitomizes everything we love about ’80s soft rock. The addition of the saxophone, in particular, is a great touch to this soft-rock number, reminiscent of Steve Gregory’s work on George Michael’s “Careless Whisper”. Whoa, talk about nostalgia!

“Roll” is from their upcoming new album, False Highs and Actual Lows. It’ll be released later this year via the Bobby Cahn Records Imprint.

Seapony’s clear and starry “A Vision”