In the late ’80s and early ’90s, Massive Attack introduced the world to a new version of electronic music. Their version of trip hop was magical and mystifying at the same time, having that rare ability to be able to take over people’s minds and emotions. In the 2000s, M-83 took electronic music to different cinematic spectrums – from immensely personal music to exploring soundscapes that seemed to only exist in the cosmos. This decade has witnessed the rise of emotive electronica and indietronica. And while there have been many groups who have created some stirring music (for example, Maribou State and Mt. Wolf), the 2010s belong to Phoria.

Their first two EPs, 2013’s Bloodworks and 2014’s Display, were beautiful records, and songs like “The Red”, “Efforttobreathe”, and remixes of “Emanate” made them darlings of the blogosphere and risers on the Hype Machine charts. Now with the release of their debut album, Volition, Phoria should become more than just an internet sensation.

Volition is stunning, an absolute emotional roller coaster from start to finish. It is easy to understand why it took two years for the Brighton-based five-piece to complete their debut, as every single detail has been given the utmost attention and the production is refined and masterful. Every note, every vocal component, every lyric, every instrumental texture has been attended to and nothing feels out of place. With the precision of a surgeon and the steely aim of an assassin, Phoria hits every mark, including piercing a hole through our hearts with their visceral and emotional electronica.

Volition, though, begins with a warm touch, as “Melatonin” shimmers with a Toro y Moi and Tycho grace. The song eases you into the sonic wonderland of Phoria, one that gleans with soothing electronic, vibrant synths, and Trewin Howard’s enchanting vocals. “Red”, however, is the introduction to Phoria’s sentimental and at times mournful world, akin to the grace and beauty of Rhye. This soulful, delicate number is minimalist in its quality, yet it is proof that simplicity can be emotionally powerful. “Everything Beta” follows and offers a stirring and nearly uplifting number. This hypnotic number reverberates with the icy coolness of Maribou State, offering us a momentary break of what is to come.

And what awaits are songs that take us to the emotional abyss and back, subsuming us with soundscapes that are engrossing, compelling, and stunning. “Mass” offers a taste of what is to come and provides the perfect entry point into the album’s soul – “Loss”, which redefines the meaning of breathtaking and heartbreaking. The song is the person who yearns for the lost of loved one and realizing that she will never come back. The dramatic build highlighted by the soaring instrumentation and production work plus Howard’s vocals will bring you to your knees, leave your mouth agape, and having you wanting more. It is easily one of the most beautiful songs of the year.

“Loss” is the start of four superb songs. “Evolve” and “Undone” slightly pick up the tempo, offering a reprieve from the intensity of the previous songs. At the same time, the mournfulness and the sense of memory as heard on”Loss” still permeate in the two tracks, where that same sense of desperation and urgency can be felt. The bookend of this great collection is the brilliant “Emanate”, the same song that was released nearly two years ago. For three minutes, “Emanate” comes across as a subdue number much like “Red”, but then the explosive climax arrives, which is simply mind-blowing and radiates with the cosmic power of Explosions in the Sky.

The album’s penultimate track, “Saving Us a Riot”, is a departure from the rest of the album, where the band minimizes the electronics and synths in favor of a dream-folk sound that intersects Bon Iver and Elliott Smith. “Yourself Still” closes the album with a similar approach as “Loss” and “Emanate” – slow, melodic beginning before dramatically escalating into a tidal wave of sound. In this case, the ending is symphonic in its quality, which is an apt way to end an epic, emotional 50-minute journey about life, its losses, and its sacrifices.

We purposely do not give out ratings because how do you quantify any piece of art? Bu if we gave out ratings on a 1 to 10 scale, Volition would come extremely close to a perfect 10 because Phoria have created a masterful piece of emotive and cinematic perfection and an album that is among the most beautiful to come out in a decade. 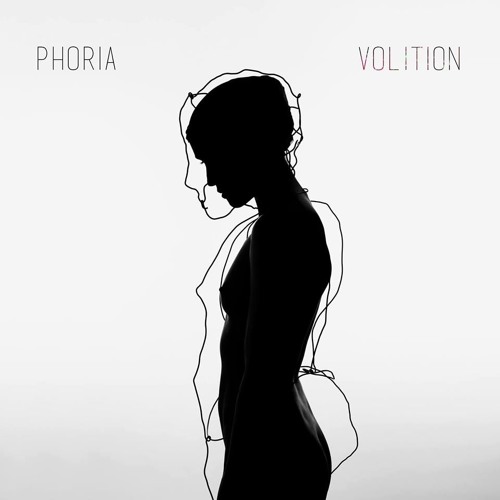