The Matinee June 10th includes six awesome new tracks to kick off your weekend. Friday always seems fitting for upbeat and chilled out sounds, which we have both today. The songs/artists are a split between dream pop/shoegaze and indie synth pop. We hope you find one of your new favorite bands/artists today. We have a myriad of countries represented including Canada, the US, Germany and Taiwan. 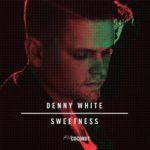 Denny White is one half of Golden Coast and has lent his voice to many big name EDM DJs/Producers including Tiesto and Michael Brun. He is now going solo and “Sweetness” marks his debut track.

“Sweetness” captures the soulful vocals of Mr. White along with presenting a hip-hopish vibe with perfectly placed drum beats and synth. The song lyrically speaks to that one relationships that you just can’t get enough of.

“Sweetness marks the beginning of a new era for me, both personally from a lyric point of view and sonically. It’s the first production and musical canvas that represents everything in my ever spinning mind.” – Denny White

We can expect to see an EP release later this year and also upcoming live dates. 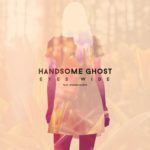 Handsome Ghost  (aka Tim Noyes and his band) have been positively received ever since releasing their debut EP, Steps last year.

With the release of their latest two tracks, Handsome Ghost continue with their upbeat indie-synth pop formula. With “Eyes Wide”, not only do they provide perfectly calculated synth married with sunny and soaring beats, but a track about moving forward no matter what the past might look like.

Handsome Ghost shares a bit about the track: “Eyes Wide” is about accepting the compromises that come with growing up, but recognizing that there’s still time to fight for what you want. We all settle, but there’s one last settle that feels a lot like giving up. In this case, two people have let the realities of time get the best of them. One voice is pleading with the other to make one last stand, to start again no matter what the cost. Even through all the darkness, all the mistakes, all the settling…we’re moving forward towards something new, eyes wide.

I Mean Us is from Taiwan and it’s hard to find out much else about them because of the language barrier except we know that their sound is lush and dreamy and after listening, you must hear more.

I Mean Us have two releases on soundcloud and the band was formed last year.

“Søulмaтe” is a beautiful track with lush harmonies and sweet vocals reminiscent of Leigh Nash. This song is the embodiment of dream pop. We hope to hear more from I Mean Us and soon, they definitely have the talent to impress any shoegaze/dream pop fan. 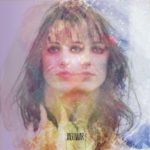 JAGUWAR is creating some awesome shoegaze inspired rock. “Eyes Collide” is an amazing sonical trip that is over 9 minutes long. The track is epic in proportions and provides lush vocals set against wailing guitars and just the perfect amount of reverb.

The single is from JAGUWAR’s EP II, which was released by Prospect Records. JAGUWAR are Lemmy Fischer, Oyemi Noize, and Chris k. 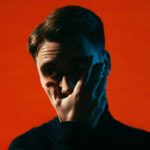 RIYL: If Sam Smith had a real beat behind him

Los Angeles-based British electronic artist Dan Smith – aka T.O.L.D. (The Order of Life and Death) has released a few tracks from his upcoming debut album, It’s Not About The Witches with “2 Young” being the latest release.

With “2 Young” Mr. Smith is weaving old school hip hop, an r&b/gospel inspired chorus along with electronica. He is providing a new and progressive sonic landscape that you have to recognize and respect. His songwriting is also smart and emotional with “2 Young” stating “Saw it all when I was too young” and “Now I lay down my head for the end/If my future should return, let me in.”

We are definitely excited to hear the album in full, especially with each new single continuing to impress us.

It’s Not About The Witches will be released June 17th via IAMSOUND. 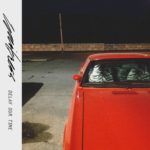 RIYL: The Raveonettes, The Pains of Being Pure at Heart, Slow Down Molasses

Waitress released their debut album last month and we are just now discovering their prolific and laid back sounds.

“Delay Our Time” provides the listener with that jangly indie pop-rock sound that feels raw yet polished and calms your soul.

“Delay Our Time” is the title track from their debut album, which can be purchased on Bandcamp (see below)

The principal members of Waitress are Kalon Beaudry and Janice Weber.