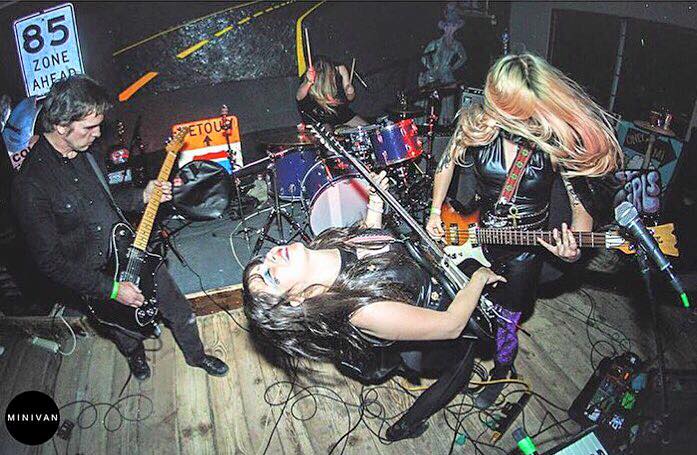 Death Valley Girls are living in the wrong era. As the vast majority artists and bands are writing songs about love, scoring with someone else, or partying hard, the Los Angeles quartet have set their sights on changing the world on their buzzsaw sophomore album, Glow In The Dark. Call it protest music, call it revolutionary, call it anti-establishment, whatever you want to label Death Valley Girls just do not say they are just another band from The Golden State.

Glow In The Dark is non-stop energy for nearly its entire 33 minutes. The record blisters with the music of ’70s, ’80s, and ’90s, reverberating with glam-punk’s mix of entertainment and social awareness; the infectious grittiness of Joan Jett & The Blackhearts; the noise-rock and no-nonsense expressionism of early Sonic Youth; and the ferocity and attitude of Sleater-Kinney and the riot grrl movement. The title track and the album’s opening song welcomes us into Death Valley Girls’ sonic melting pot, a dimension where frenetic guitars, cataclysmic drums, and head-thrashing bass lines rule. The song might be a salute to an alien life form (a preoccupation of the band) or to the power of the individual or maybe both. Take your pick.

The whirling, buzzsaw numbers, “Disco”, “Death Valley Boogie”, and “Summertime”, tell us to let loose and seize the day. “Disco”, in particular, is an anthem for the free-spirits as well as for all those seeking to be unshackled by the chains that lock them down. It’s not merely a song about going out to the club and dancing the night away; rather, just like in the 70s, the disco represents the place where our true selves can be put on display without any fear of retribution. Salvation, utopia, freedom, whatever you might wish to call it, you will find it at the “Disco”.

The calls against materialism and the repressive nature of consumerism are further championed on the dark, witch-rock tune “Seis Seis Seis” and the spiraling “Horror Movie”. There is a demonic element to “Seis Seis Seis” (or “Six Six Six”), but exactly who or what is the devil? The answer is not as clear cut as what we have been told. “Horror Movie” provides a bit of the answer with its anti-consumerism message, where we have been indoctrinated that status and our own self-concepts can only be defined by what we have – or as frontwoman Bonnie Bloomgarden sings, “being shackled to my bed”.

“Love Spell” takes the anti-consumerism message further, describing how the “vultures” circle around us, waiting to swoop in should the “love spell” fail. Deeper in the soul of this track, though, is a message of empowerment and women’s liberation, themes that have long been championed within the riot grrl movement. “We can take back the night. We go. We fight” beckons Bloomgarden. “I’m A Man Too”, meanwhile, is one big middle finger at the male-dominated world, from business to cultural values to how women are depicted in media. While the following lyrics are relatively simple, they pack a huge punch: “We are all we need. If you’re a man, then I’m a man, too. If you’re a man, I’m twice the man as you.”

Glow In The Dark certainly proves that Death Valley Girls can rock out as hard and as ferocious as the boys. Yet what separates this burgeoning band from many others is that they have not stuck with the usual, overdone themes in their songwriting. They have, instead, opted to dive head first into challenging our perceptions of the world around us. Nothing is sacred – religion, economics, women’s rights, class distinctions, extra-terrestrial life forms, you name it. So while may artists and bands play it safe, Death Valley Girls have given us an album that not only has us saying “Fuck yeah!” but one to celebrate for its ambition and honesty.

Glow In The Dark is out now via BURGER RECORDS. Death Valley Girls are Bonnie Bloomgarden (vocals/guitar), The Kid (a.k.a. Laura Kelsey) (drums/vocals), Nikki Pickle (bass/vocals), and Larry Schemel (guitar). 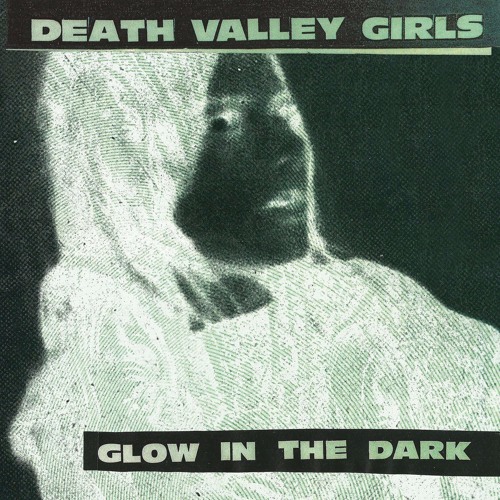 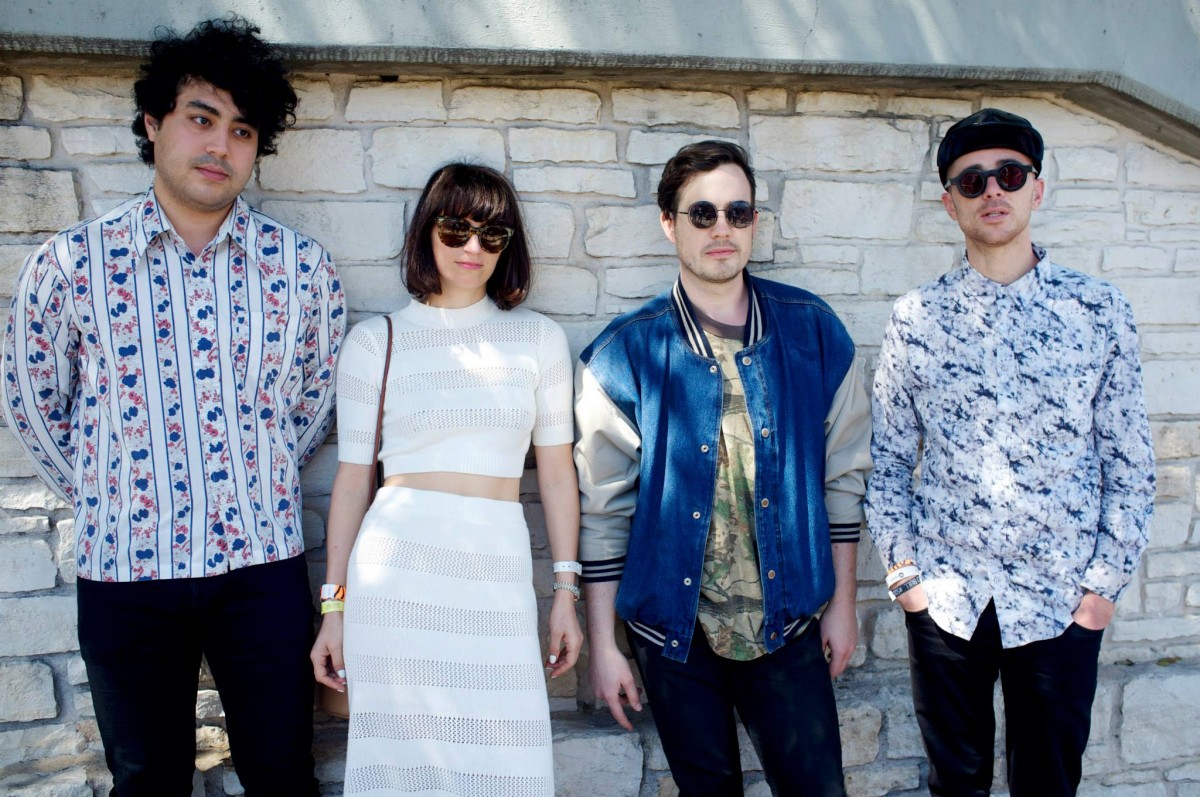 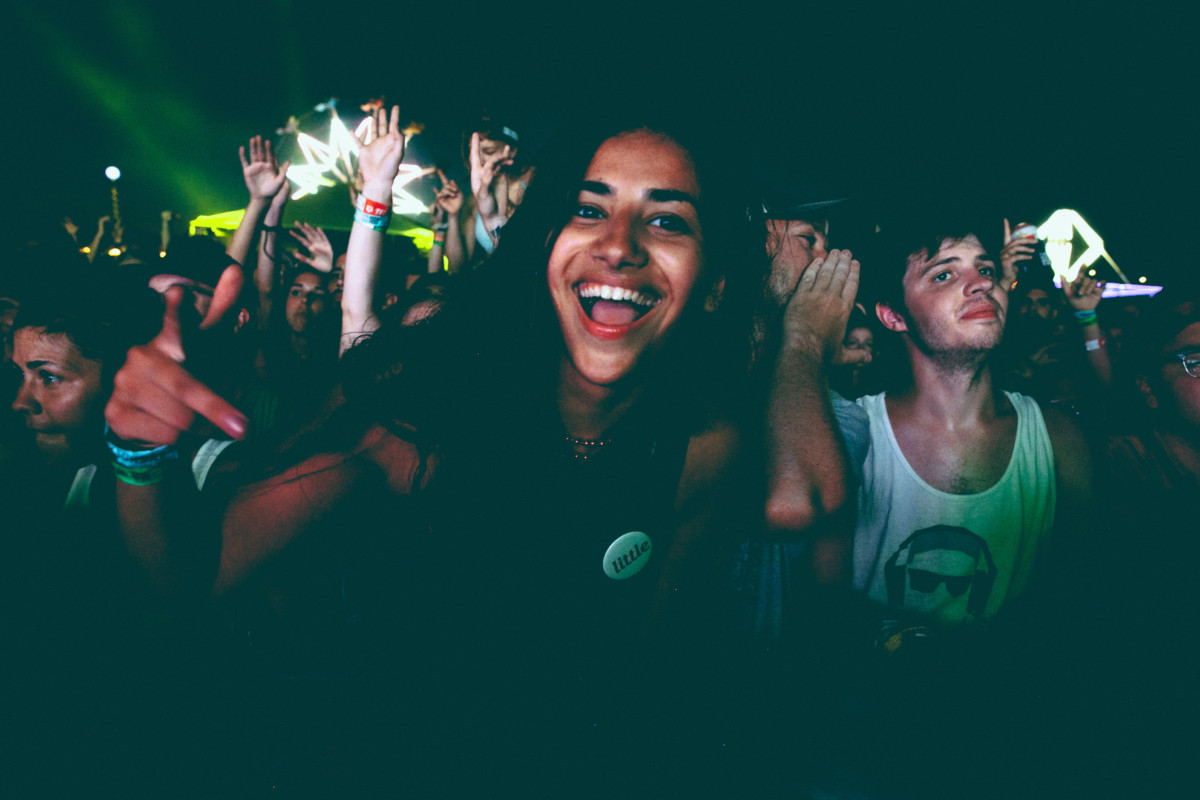