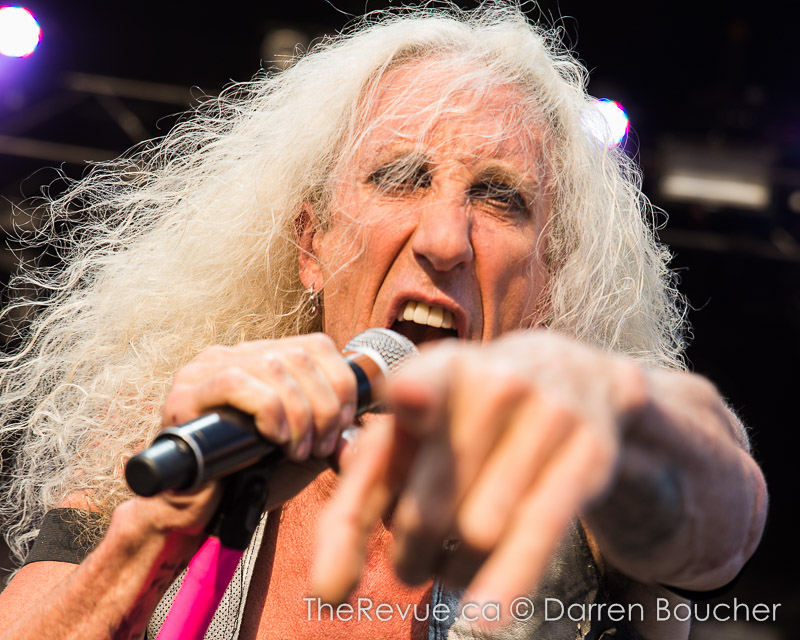 I had the great pleasure of attending this year’s Amnesia Rockfest. It was the 11th edition of the festival that focuses on heavy metal and punk rock. This festival transforms the small getaway destination of Montebello, Quebec into a rock n’ roll party lasting the entire weekend.

There were so many great bands playing that I cannot write about all of them, so I will pick out some personal highlights and hope that the photo essay (60+ photos in slider) will speak for itself.

I did not highlight them in my preview post but another band I was looking forward to seeing was The Used. They were the first band to make a strong impression on me on the first day at Rockfest with their solid performance. They brought great energy and attitude to the festival even with their very early time slot.

Sum 41 managed to turn the now generous crowd into a frenzied mass of dancing. Security had their hands full pulling the crowd surfers to safety.

My big highlight in the preview was Twisted Sister, and I will admit this one is personal. As a member of the MTV generation, this band brings back many great memories of my youth. This show was their final Canadian performance, and it was a shame that they only had 45 minutes to say goodbye to one of their most appreciative audiences. They wasted no time kicking off their set with a strong rendition of “Stay Hungry”, from their most popular album with the same name. As everyone would expect the anthem “We’re Not Going to Take It” was extremely warmly received and the band made sure the crowd got a chance to sing along with them at the end. I am glad I was part of the show, thanks for the Rock, thanks for the memories and Dee, thanks for pointing to my camera.

Blink-182 thrilled the crowd at the end of the night playing all the popular songs people love and once again made sure security was busy pulling the crowd surfers to safety.

Really all the rest of the bands were excellent as well, even bands I wasn’t as familiar with their music often impressed me with their performance. I could certainly appreciate the show they were delivering for their fans. I hope my photos do some justice to them.