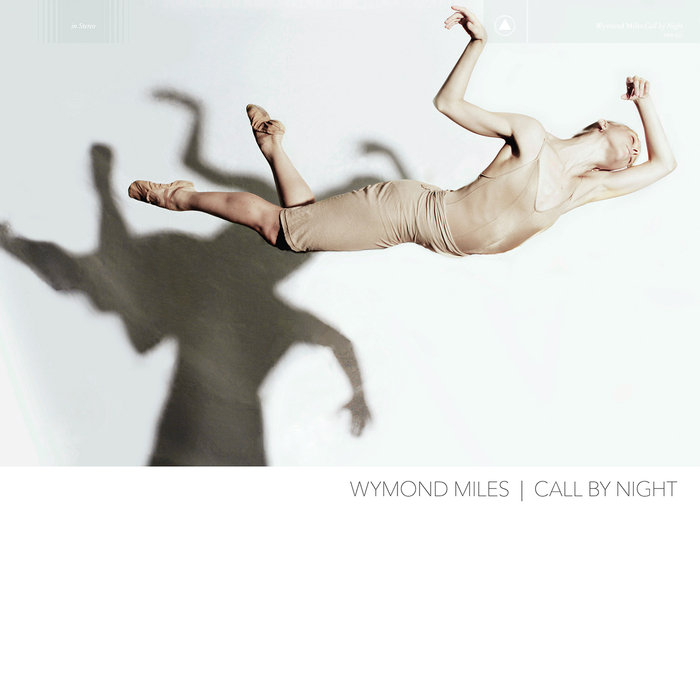 The Saturday Sampler for July 2nd conjures up ten hot new singles from around the globe. Some of the tunes will have you going ballistic with their surging energy while others will crush you with their heartbreaking stories and crippling sound.

Tune in tomorrow for our Weekend Showcase playlist which includes these songs plus all the other tracks we’ve featured since Monday. 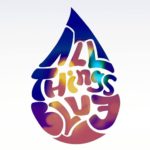 Simplicity is a lost art in music today. It cuts across all genres, where the practice has been to add as many instruments, harmonies, and textures as possible. The best music, though, still remains those that are simple because the artist is exposed and vulnerable and the story must shine through. All-female, Los Angeles-based band All Things Blue‘s stripped down single, “Condition”, brilliantly exemplifies this. This beautiful, crippling song features mostly frontwoman India Coombs with her electric guitar as she tells a heart-breaking story of reconciliation. It is a stunning introduction to a little who at times channels one of our favorites – My Morning Jacket (the song at times hints at “Bermuda Highway”).

“Condition” is from All Things Blue’s debut EP, Duende, which can be heard it its entirety on SoundCloud. 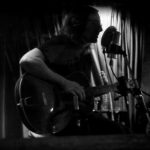 My Morning Jacket guitarist Carl Broemel has rightfully earned a reputation as one of music’s great guitarists, and his live performances are legendary (long-time MMJ fans often fear he’ll wretch his back or dislocate his shoulder while doing one his flailing windmills). Broemel, however, does not always get the credit he deserves as a vocalist and songwriter. His sophomore solo album, 2010’s All Birds Say, showed a more reserved Broemel, trading in the power, anthemic rock for a laid-back, indie-folk vibe. The stylistic change revealed what MMJ fans have long known – Broemel has one of the sweetest voices within the industry.

A couple of weeks ago, the gentleman affectionately known as Snowy announced his third solo album, 4th of July. The second single is “In The Dark” (which is not a sequel to MMJ’s “The Dark”). The song is Broemel personified – a thoughtful and considerate track that is less about the artist and more about the people struggling to make ends meet. Broemel’s soft vocals beautifully capture the moments of the daily interactions we encounter and the highs and lows of the day. In addition, he showcases a little bit of finger-picking, which he often doesn’t get a chance to do with MMJ.

Expect to hear more of the unexpected when 4th of July arrives on August 19th via his own Stock in Asia Records label. Pre-order the album at his online store, iTunes, and Amazon. 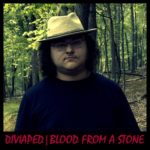 Another newcomer taking a classic, stripped-back approach is Daviaped. Not much is known about the Pittsburgh-based artist, but on his debut single, “Blood From A Stone”, he sounds like another Pennsylvania-based artist – Strand of Oaks with a touch of Neil Young. This classic folk-rocker is a song for the underdogs and those who have been doubted their entire lives. The track also celebrates their perseverance and honors those who stood up against the bullies and egoists. Maybe Daviaped was one of these individuals, but no one will be doubting this talented singer-songwrither.

“Blood From a Stone” is the first single from Daviaped’s debut EP, My Day“. 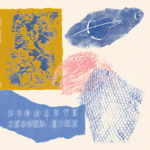 Jangly guitars and catchy hooks with grunge sensibilities, Seattle band Dogbreth (which auto-correct refuses to believe is spelled correctly) is the quintessential indie band. “Cups and Wrappers” from their forthcoming Second Home album is a delightful romp through a sonic playground. This isn’t so much a vintage-sounding throwback song with roots in ’90s-era alternative as much as a fun, fresh-sounding instant classic. Sure, it has a slacker indie rock vibe, but the guitar work starting at the 1:23 mark sounds like it could’ve been a B-side to an unreleased Wilco song. When they sing “Rock and roll will make it all OK,” you believe them. That’s why you can’t help but crank this one and hit repeat several times. It’s instant music therapy. 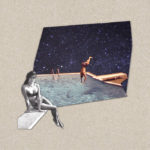 This time last month we introduced you to the British dreampop group Heavy Heart. They had just released the May installment of their “one song per month” plan. We loved “Pretty Thing” and didn’t think anything could top that gem. Boy, were we wrong.

Their new “High Dive” single is even dreamier, with shimmering layers of ethereal vocals accentuated by washed-out guitars. There is nothing heavy about this band – their lush music practically floats, especially the “Dive in with me / swim so deep” lyrics. This song (and lead singer Anna Vincent’s voice) makes you want to dive into the melody and lose yourself in it.

You can get the “High Dive” single directly from their Bandcamp page. 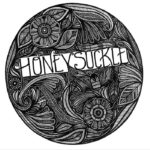 American indie folk trio Honeysuckle are slowing making a name for themselves, and it only takes one listen to understand why. The organic sound from this Boston-based group is instantly addictive, with intricate string work and warm harmonies spearheaded by lead vocalist Holly McGarry.

“Canary” is such an infectious tune that its melody will stay swirling in your head for days. This is definitely a band on the rise worth watching. In fact, their talents have garnered such attention that they were selected to play Newport Folk Fest last year. Their festival appearances this year include a set at Lollapalooza in Chicago at the end of this month. Check out the video for this song to see them in action.

Their self-titled album (and the rest of their releases) can be found at their Bandcamp page. 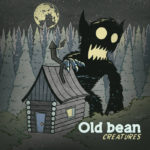 Hold onto your proverbial hat, because emerging Irish indie rock trio Old Bean turn the volume up to 11 on their new single. “Gone” is the lead track from their latest release, Creatures, and it’s a massive single full of scorching licks. The group has been around for several years now, and this is their third release since 2013. If you like high-octane garage rock that you can feel deep into your bones, crank up this tune. The rest of the album has just as much intensity, so add this one to your daily routine to get the blood flowing fast.

The Creatures LP released earlier this week via the small but hip Irish independent label Yeah Meng Records and is available from their Bandcamp page. 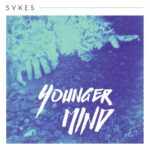 After nearly a year off, London alt-pop trio SYKES return with a band. Their new single, “Younger Mind” is a mind-bender. Starting off with a pop and a shimmering vibe, the song then explodes, offering an edgy noise-pop / electro-rocker that comes close to matching Sleigh Bells’ explosiveness. If this song sounds great streaming online, imagine it played live. The young band of Julia, Kristian, and Will are on track to ben one of 2016’s, and at the latest 2017’s, breakout artists.

“Younger Mind” is the lead single and title track from their forthcoming EP, which is expected in the autumn via LAB Records. 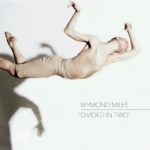 When he’s not playing guitar with San Francisco indie psych rock outfit The Fresh & Onlys, Wymond Miles releases some of the most intensely lush dreampop music of any solo artist around. “Summer Rains” from his upcoming third solo release, Call By Night, at times echoes the sophisticated glam rock of ‘70s-era Bryan Ferry and David Bowie. His voice has the rich timbre of Nick Cave, and his phrasing bears similarities to the Aussie great as well.

Miles is primarily a guitarist, but he wrote this song (and the rest of the album) on piano first. The sweeping organ sounds add an extra level of depth to an already grand song. The undercurrent of melancholy of the “all of my life…washed away by summer rain” line pairs perfectly with the yearning in his voice. Refined, slightly psychedelic, and gently hazy, “Summer Rains” is a feast for the ears.

The “Summer Rains” single is available from iTunes. His Call By Night album releases July 8 on Sacred Bones Records with pre-orders from the label and his Bandcamp page. 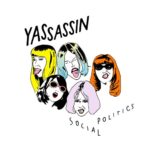 We finish things off with a delicious, rocking single from another up-and-coming band from the indie-music factory, London. Yassassin are a give-piece, all-female band who just released their debut single, “Social Politics”. This edgy indie rocker is played with a riot grrl mentality, mirroring the sound and approach of Le Butcherettes. Not surprisingly, the song has a social conscience. As the band describes:

“Social Politics is about standing up to the bullies, both in personal life and in today’s society. It’s about not always fitting the norm but daring to go your own way. It’s about rebelling against the ‘zombie scene’, which could be either a social clique where only certain people are accepted, or a society where racism is becoming more glaringly visible.”

Not only are Yassassin creating music that is mind-blowing obvious, but that is relevant and apropos in these troubling times.

The single will be released by Enate Records (distributed by PIAS) on all digital platforms in July, but you can spin it now. Yassassin are Anna, Joanna, Moa, Raissa, and Ruth. 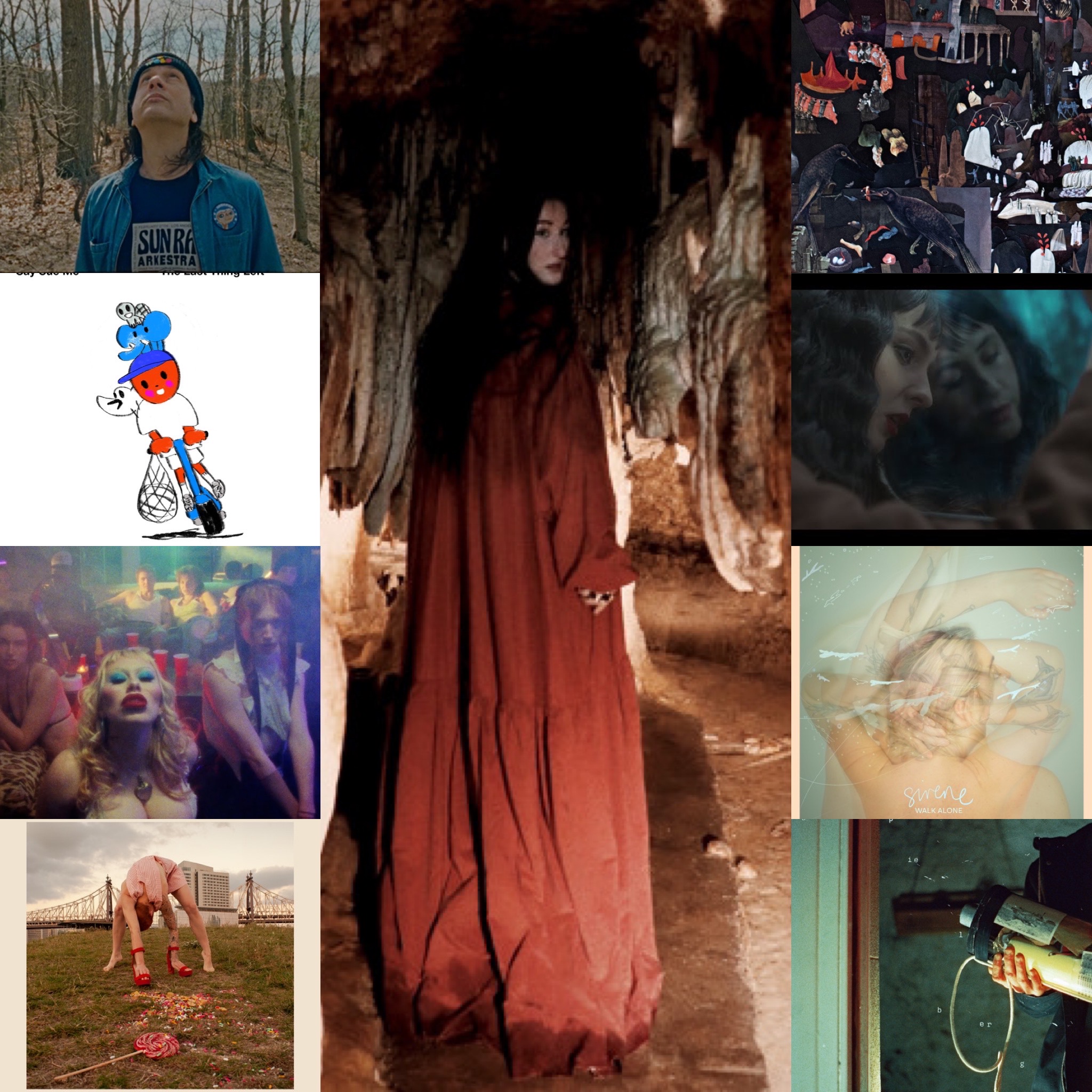 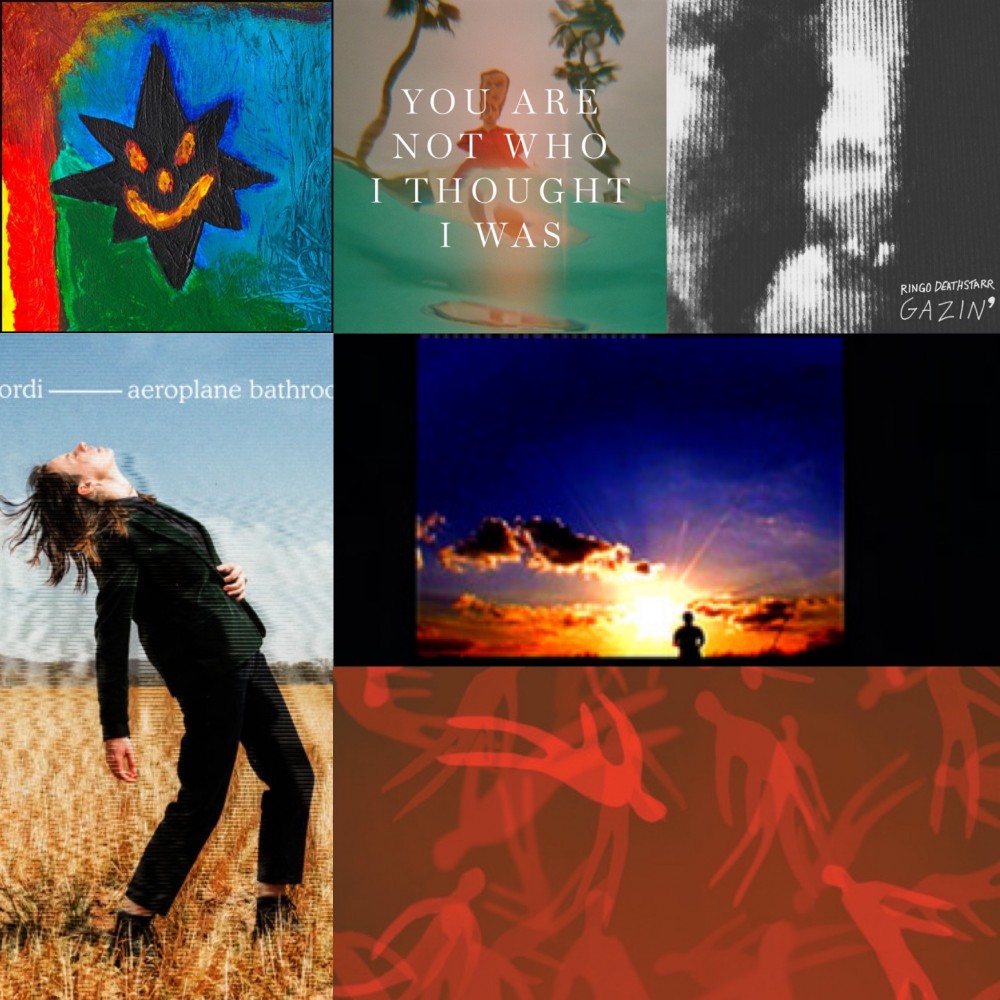