The Saturday Sampler for July 9th has a strong nostalgic feel, buzzing with songs that echo with beauty of the ’70s and hints of the psychedelic surfer ’60s. There are, of course, some tunes that offer a contemporary approach. These ten songs offer a variety sure to make your weekend blissful. 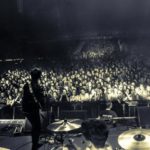 Some bands have such talent that when you hear their music for the first time, you are instantly hooked. These are the bands you discover early on when they’re playing small clubs before they eventually headline festivals to audiences of 100,000 or more. One of those bands to watch is The Academic, who are currently setting the Irish music scene ablaze with their catchy hooks and energetic live shows. We expect these guys will be a household name very soon. Since forming in 2014, The Academic have quickly gained a devoted U.K. following. They’ve opened for The Pixies and played numerous festivals, so the buzz about these twenty-somethings will only increase.

As the name “Mixtape 2003” suggests, the song casts a retro glance at their influences from that era, The Strokes and The Killers to name but two. What sets The Academic apart is the magnitude of their talent. They only released their debut EP (Loose Friends) last year, yet they already sound this good. “Mixtape 2003” releases August 12th on iTunes, but you can stream it now on their Soundcloud page. European fans can catch their summer tour with stops at festivals in the U.K, France, and Netherlands.

RIYL: The Amazing with a touch of Bread and Ambrosia 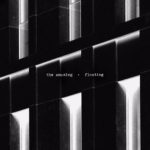 The Amazing have long amazed us with their blissful soft rock / prog rock combination, dating back to their 2009 self-titled debut album. While it is easy for a band to get cemented into a particular approach and produce songs that sound like one another, The Amazing have been able to diversify their music through subtle nuances. Their latest single, “Floating”, sees the Stockholm quintet add a ’70s flair. Like any song from The Amazing, “Floating” is stunning and breathtaking. This time, however, they offer the sensual feeling that is equated with an ocean breeze blowing lightly in the summer twilight. 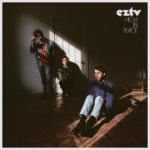 This time last July we were delirious over the “Trampoline” single from Brooklyn-based indie rock trio EZTV. They must have sensed we were hungry for a follow-up, because lo and behold, they’ve just delivered a tasty new single. “High Flying Faith”, the first track from their upcoming High in Place album, is a sunny mix of jangly guitars that captures the feeling of carefree summer days. The additional vocals from Jenny Lewis (who they’re touring this summer) make the song even more perfect.

It’s hard not to fall in love with every EZTV song. The trio excels at creating blissful dream-pop with retro flourishes. If your summer plans include time at a beach, you can’t go wrong cranking up this song as your leisure soundtrack. (If your summer plans don’t involve a beach, then close your eyes while listening to this tune. You’ll get the same calming effect without having to pour sand out of your shoes.)

The Frights – “Afraid of the Dark” (San Diego, USA) 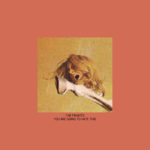 For a band that started out four years ago as a joke, San Diego indie rock trio The Frights are no laughing matter. If they continue to crank out super catchy surf-rock/indie punk gems like “Afraid of the Dark”, they’ll be laughing all the way to a Grammy win. This rollicking tune is from their You Are Going to Hate This LP which came out earlier this year via M:M Music. There is nothing about this song that you are going to hate if you like indie garage rock that keeps your head bobbing and feet tapping to irresistible beats and infectious guitar riffs. Hey, it’s summer, and this song practically begs to be played loudly and often, especially if you’re outdoors with friends this weekend.

The band is currently touring North American through late November. The album is available from the group’s Bandcamp page and online store. 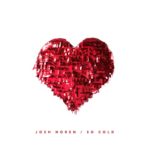 Not everything that comes out of Nashville is steeped in country twang and cowboy boots. Music City is home to many indie artists of all genres, including unsigned singer/songwriters like Josh Noren. His new single “So Cold” might not be a country song, but its broken heart theme is a staple of that genre, so this song could easily be marketed to either the indie rock or indie country crossover crowd.

Having your heart broken by a leather jacket wearin’ hottie is a relatable experience whether you’re in Nashville, Los Angeles, London, or even Tokyo. Maybe that’s what gives “So Cold” its universal appeal. This is a song for anyone who’s ever fallen for someone with a wild side and regretted it later. Consider this tune four minutes of audio therapy: it won’t cure a broken heart, but it will lift your spirits with its rocking beat.

“So Cold” single released July 1st and is available on iTunes and CDBaby. 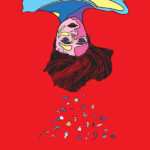 Last month we reviewed the newest album from New Zealand indie pop band Yumi Zouma. Now we’re excited to share this new single from a former member of that band. Kim Pflaum co-founded Yumi Zouma in 2013 and toured the world with them while they opened for Lorde before leaving the group at the end of 2014. Two years later she is now a solo artist preparing to release her debut EP.

This multi-talented artist does it all: she’s a singer, songwriter, graphic designer, illustrator, music video director, and more. We’re not sure which of her talents impresses us more, since everything she does is surrounded by bright sparks of magic. After one listen to this single you’ll understand what we mean. “Manipulator” is a perfectly crafted synthpop gem that pulses with sultry swagger, which makes it the ideal way to kick off her solo career.

RIYL: A Place to Bury Strangers, The Jesus and Mary Chain, My Bloody Valentine 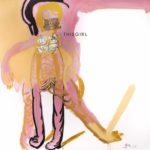 Not every artist in Australia falls into the category of psychedelic or singer-songwriter. Case in point: Brisbane collective Soviet X-Ray Record Club, who describe themselves as a reverb-drenched, post-punk outfit. Their new single “This Girl”, though, is laced with shimmering shoegaze (like A Place to Bury Strangers and My Bloody Valentine), but there is a dark, sinister catharsis that resonates in the track à la Preoccupations (the band formerly called Viet Cong). It is a fantastic song and a great introduction to a band with one of the coolest names in the business.

Tuval – “By the Sea” (Brighton, England) 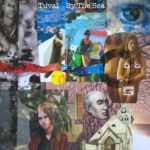 Whatever happened to teenagers being stereotypical slackers, content to chill out? So many emerging artists and bands are barely old enough to drive, yet they’re making their own music. We’re not talking about bands playing simple acoustic guitar with three chords. Artists like Tuval (the moniker of 19-year-old British indie musician Tuval Schneerson) make incredibly catchy, professionally produced music that is on par with musicians twice his age. Clearly age is just a number, and we are duly impressed.

His single “By the Sea” has elements of baroque pop that would make Belle & Sebastian swoon. Then the song reveals its deeper indie rock layers imbued with a psychedelic undercurrent that calls to mind Tame Impala. This is an ideal summer song: it’s light and refreshing, and it will leave you wanting more. We have a feeling that “By the Sea” is the first of many songs we’ll be hearing from this promising young talent. You can grab a copy of the song from iTunes. 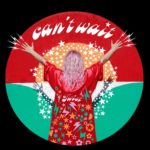 From Toronto’s underground music scene emerges Twist, the project of songwriter Laura Hermiston, who has supported several of the city’s great artists and bands. Now she gets to come to the forefront with the backing of the likes of Holy Fuck’s Brian Borchedt and Crocodiles guitarist Charles Rowell.

She released a single back in May, the Alvvays-esque “Soaked”, which was just an appetizer of what is to come. She will now released her debut album (August 26th via Buzz Records), and the lead single is “Can’t Wait”. This shimmering, psychedelic-pop tune has tinges of the ’70s with its whirling melody and shimmering, crystalline guitar lines. If this is just the tip of the iceberg in terms of what Hermiston’s debut will offer, then she could be this year’s surprise star à la Pearl Charles from a year ago.

The Wrecking Queens – “Children Of The Sun” (Helsinki, Finland) 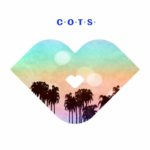 The final song in today’s mini-playlist also is nostalgic. “Children Of The Sun” by Finnish all-female group The Wrecking Queens resonates with the lush and lavishing dream-pop of the ’70s with just the right amount of disco-pop. Like the music of that era, the song envelops you with beautiful melodies and the stunning vocals of frontwoman Nöpsy, who is a mix of Stevie Nicks and Agnetha Faltskog (of ABBA). Be prepared to be swept away by this memorable and breathtaking track by a quartet that we wish we had discovered long ago.

The Wrecking Queens are Nöpsy (lead vocals/keyboards), Jenn (guitar/vocals), Maria (bass/vocals), and Katja (drums/vocals), and they have been performing together since 2004. Their new EP will be released later this year.