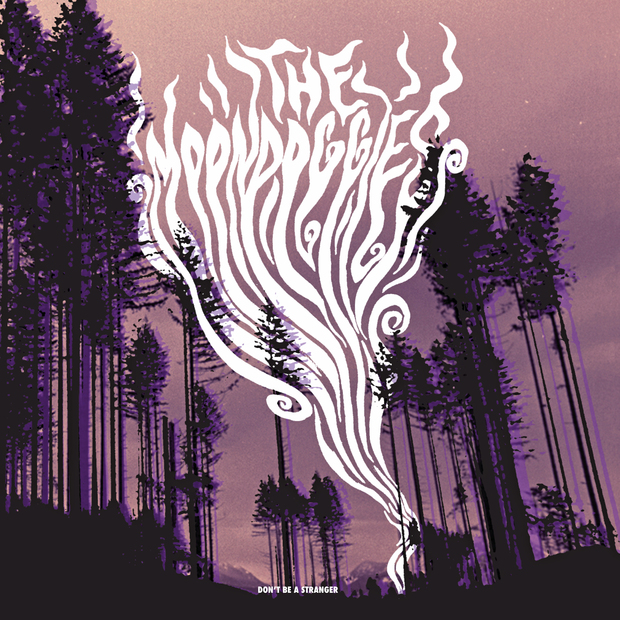 The Saturday Sampler August 27th edition features a global tour of great music. Join us as we journey from Wales and Norway to New Zealand via the U.S. and Canada. These ten singles from both veteran and emerging artists will transport you to another time and place, only without all the jet-lag. 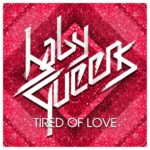 In the “how-did-we-miss-them” category, Cardiff all-women quintet Baby Queens have been creating a stir within the UK music scene. They are not merely a Brit-pop group nor the typical, contemporary R&B band. Instead, they are five women who are blending multiple genres and time periods. On one hand, they have been inspired by the soul and R&B scene of the ’80s and ’90s, which was sensual musically and thoughtful in its lyrics. On the other hand, they have incorporated the deep rhythms and bass lines of contemporary indie rock and electro-pop.

Their new single, “Tired Of Love”, exemplifies Baby Queens’ approach. The song is cool and sultry, akin to the music of the highly underrated ’90s R&B band Groove Theory. The harmonies on the song are fantastic and add a further intimacy. But as you listen to the lyrics, the song isn’t about the typical theme concerning lovemaking. Instead, “Tired Of Love” speaks to the difficult experience of letting go and moving on. About putting the past in the rearview mirror, a theme that Toni Braxton often focused on in her songs. With their refreshing sound, it won’t be long before Baby Queens achieve the same level of stardom as the famous R&B singer-songwriter. 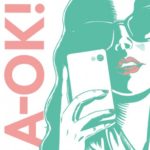 Los Angeles indie shoegaze/psych rockers Cosmonauts have come a long way since releasing their self-titled debut EP in 2010. The band recently delivered their fourth full-length album and this song of the same name, “A-OK!” It’s as if these guys know exactly how you feel on those days when you need to zone out for a while. Amid layers of fuzzy guitars cranked to amp-testing limits, Derek Cowart’s refrain of “I don’t want to remember” provides the perfect soundtrack for audio escapism. The delicious jangly hooks wash over you during the song’s three-minute duration. The psych rock flourishes here complement the New Wave-inspired undercurrents in a “Velvet Underground meet Echo & The Bunnymen” way that is instantly satisfying. Spin this one to reset your stress meter when it starts to redline. You’ll be feeling A-OK in just over three minutes.

A-OK! is out now on Burger Records with orders available from their web store and the group’s Bandcamp page. 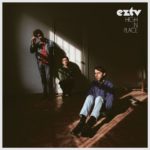 When EZTV first caught our attention over a year ago, indie stardom was on the horizon for the band. While they have yet to achieve mass recognition, they are undoubtedly one of the most respected bands within the New York City music scene. This is evident by the number of guest appearances on their forthcoming new album, High in Place, which features a “Who’s Who” of indie stars. The first single from the album, “High Flying Faith”, included the incomparable Jenny Lewis. For song number two, EZTV have recruited the support of Real Estate’s Martin Courtney on guitar.

Not surprisingly, the song has a Real Estate vibe – warm, laid-back, and summery. At the same time, it radiates with the shimmering intimacy of the Laurel Canyon era. It is a folk-rock tune that you will leave you swaying from side to side as you think about your favorite places to escape and destinations to be explored. The perfect place to spin the song is around a fire, whether at the beach, in the woods, or in your backyard, surrounded by loved ones. When a band is making fantastic music, no wonder everyone wants to collaborate with them. Well, almost everyone. As they told us last year, Emitt Rhodes, Peter Buck, Arthur Russell, Bob Rafelson, and George Saunders are five individuals with whom they would like to collaborate. Maybe for the next album. 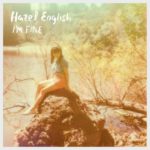 A buzz is growing for 25-year old singer-songwriter Hazel English. From Stereogum to Clash, music magazines and blogs have been gushing over the Australian native. To be honest, given the large amount of support for her latest single, “I’m Fine”, we were tempted to pass on the song and give exposure to another artist. However, this song was too good to ignore.

“I’m Fine” is everything a bedroom-pop song should be. The melodies are beautiful and lush. The arrangements are simple yet splendidly done, where every note accentuates the vulnerability in English’s voice. Her vocals, meanwhile, are whispery soft, as if she is sitting next to you and sharing her most intimate thoughts. Indeed, she is revealing a secret to us on “I’m Fine”. Hiding behind the veil of normalcy, deep inside English is struggling with anxiety. So while she states that everything is fine, the opposite is true. The song is not just an expression of her feelings, but a warning to all of us that no matter how well we know someone, not everything is as it appears. 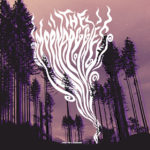 Back in 2006, an Americana band formed in small town 25 miles north of Seattle and gradually developed a devoted following. Many of The Moondoggies’ diehard fans have waited patiently for their debut album to be released on vinyl, something that inexplicably never happened a decade ago. Their wish comes true next month when Don’t Be A Stranger is released to celebrate the band’s 10-year anniversary. One of the special additions to the deluxe package is this upbeat, previously unreleased B-side.

“Oh Now Honey” will cause instant head bobbing and foot tapping from the first notes. You may even feel an uncontrollable urge to dance. That’s to be expected since The Moondoggies make some of the catchiest, funkiest, blues-infused Americana your ears will ever hear. The re-issue also includes four other previously unreleased tracks. If you’re new to The Moondoggies, we can’t think of a better way to introduce them than with this song. It captures their tireless spirit and their exuberant, all-American rock & roll sound in one smokin’ hot tune.

Don’t Be A Stranger is due out October 7 on Hardly Art with pre-orders from the label. 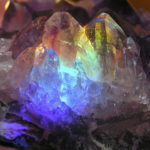 Earlier this month a gorgeous new single appeared on the FatCat Records Demo page on Soundcloud. Since we’re fans of the label and its proven roster of talented artists, we pressed the play button with the usual “Let’s see what we’ve got here” enthusiasm. We were NOT prepared for the breathtaking beauty we heard. “What I Want” is a fantastic indie dream pop song. It’s the work of Toronto singer Breanna Johnston (of Spirit Oak), now performing under the moniker Pallas Athene.

While we don’t have much in terms of biographical details (aside from an inspiring yet painful blurb about how she quit playing music for a few years after nearly losing her fingers in an accident), there is no doubt that her upcoming EP is already one we highly anticipate. You can easily lose yourself in the lush, ethereal layers of this song. It’s essentially a lo-fi singer/songwriter ballad boosted by understated electronic beats. And oh, how the lyrics ring true. “What I want and what I need are two different things,” she sings. We understand that feeling completely. We’re hooked and ready for more.

“What I Want” is available now from her Bandcamp page. Her self-titled EP is due September 13 on FatCat Records. 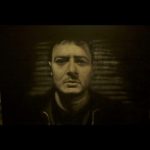 Picture dark storm clouds building on the horizon of the Texas plains: that visual imagery correlates with this song from Austin-based indie rock/post-punk artist Quin Galavis on his newest album. Galavis (also of The Dead Space, False Idol, and Nazi Gold) is a tornado force talent with equal parts power and calm. His music – a fusion of Nick Cave’s poetic lyrics, Bob Mould’s blistering delivery, and Shearwater’s earnest yearning – will take you on a musical adventure.

The swelling strings on “Glorious Man” build with urgency that gets the pulse racing with cliffhanger emotions. The song on its own may leave you feeling it is an unresolved tale. That’s because it is part of a larger narrative waiting to be discovered on the double LP, My Life in Steel and Concrete. (If “steel” and “concrete” conjures a jail imagery, then listen to the album to know if that’s merely coincidental.) It released yesterday on Super Secret Records and also features frequent collaborator and multi-instrumentalist Thor Harris (of Swans, Shearwater, and Nazi Gold) along with Sabrina Harris (A Giant Dog). The LP is available from the Super Secret online store. 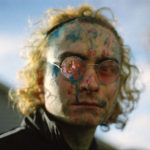 The goldmine of Chicago musical talent has unearthed another indie gem, this time in the form of “Not Again” from emerging four-piece outfit Ratboys. Their 2015 debut album, AOID, had more of a Wilco-inspired alt-country sound. But this single shows them flirting with the sunnier side of the indie pop/rock spectrum.

This perfectly crafted single showcases tight, jangly pop hooks while lead singer Julia Steiner’s vocals soar with such boundless, bright warmth that you’ll swear she’s channeling Julianna Hatfield. How this band isn’t a household name already mystifies us. If you like smart indie rock with retro tendencies and irrepressible charm, Ratboys should be your new favourite band. (Even the video makes you want to hang out with them!)

They head to Europe next month with fellow Chicago indie band Dowsing. The tour coincides with the release of a split EP between the two bands. It releases September 9 on Topshelf Records with pre-orders here and on their Bandcamp page, but you can get the “Not Again” single now online. 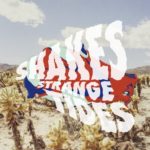 Maybe it is New Zealand’s relative isolation from the rest of the world that has enabled its artists to write some of the most innovative music on the planet. From Lorde to Flight of the Conchords to Tiny Ruins to Neil Finn to The Phoenix Foundation, the creativity shown is off the charts. There is little regard to making radio-friendly music – they just want to create great music. Another band to add to this list is Shakes.

A few weeks ago, the quartet from the beautiful area of Mount Maunganui released their second EP, Strange Tides. The EP is what you would expect from a Kiwi band: outrageously inventive and highly contagious. Representing the record the best is the groovy and trippy title track. “Strange Tides” belongs in the late ’60s and early ’70s with its kaleidoscope of sound and influences. It echoes the infectious psychedelic pop of The Mamas & The Papas. Meanwhile, a disco vibe à la The Bee Gees percolates under the surface, which causes the involuntary shaking you might experience (pun intended). If the audio does not cause you to think about bell bottoms and pastel colors, then check out the video to the song.

Strange Tides is out now. Pick it up on Bandcamp – it is well worth it. Shakes are Chris Miller, Alex Wildwood, Adam McNeilly and Patch Patrick. The band, in our humble opinion, are filling the void left by Foxygen, who are on indefinite hiatus. 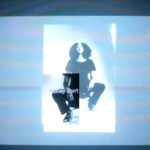 Throughout today’s Saturday Sampler, we have shared songs that feel like they are from another era – songs that sound and are written with meaning and thought. Shikoswe‘s second single, “This Here”, similarly feels like a classic. Actually, it is an instant classic

The rolling piano arrangements on “This Here” are absolutely beautiful. Shikoswe’s vocals are captivating, drawing you in with each word she sings. Like the classic love songs, this one is introspective, evocative, and relatable. But before you think the song sounds like a Norah Jones tune, it is quite the opposite. “This Here” is an unpretentious ballad made for everyone and anyone who has fallen in love. It is a song that would fit perfectly in London’s Royal Albert Hall or the more intimate Cornelia Street Café in New York City. “This Here”, as such, is timeless.

“This Here” is taken from Shikoswe’s forthcoming debut EP, The Hour of The Body. It is expected in September. 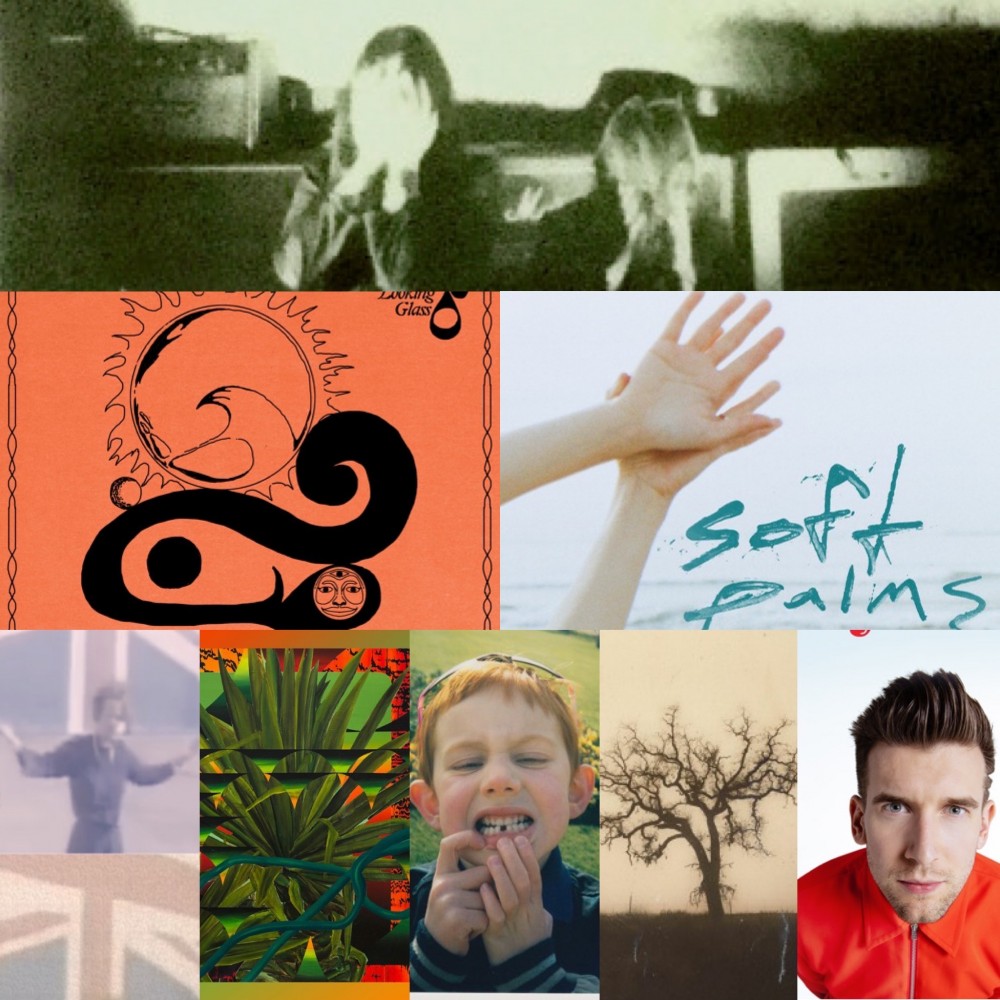 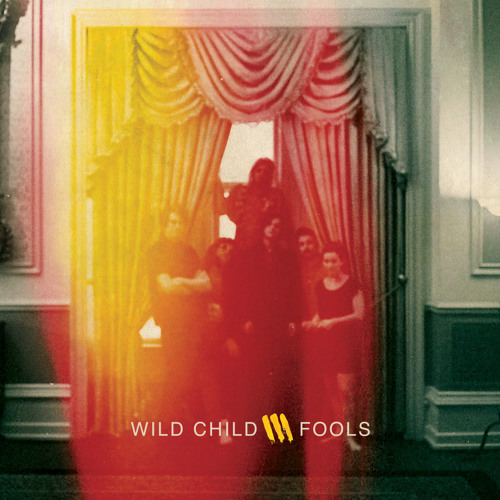