The Matinee August 30th is the perfect way to end summer. There are eight new singles, all of which will have you shaking in your boots. There are anthemic, summer rockers and hard hitting, emotional roller coasters. They all have one thing in common – they are all absolutely awesome.

RIYL: The Pains of Being Pure of Heart, Diane Coffee, Swimming Tapes 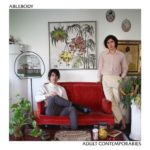 Indie pop can be extremely stagnant, as band after band replicates the arrangements and melodies used by more famous artists. So when a band like Ablebody comes along, our ears immediately pique, especially when they create a single like “Gaucho”.

Right from the opening electric percussion beats, groovy bass line, and jangly guitar chords, you are aware that this song is something special. It is blissful and dazzling, akin to the infectious indie-pop of The Pains of Being Pure of Heart. The song, however, has an extra gear, thanks to the heavy dose of Diane Coffee-esque disco-pop melodies. “Gaucho”, as such, is transformed from a shimmering, melodic tune to one that you have no choices but to get up and dance. It is a brilliant number that must be played on repeat so that we dance the night away.

Ablebody are the project of identical twins Christoph Hochheim (guitar/vocals) and Anton Hochheim (drums/vocals), who are members of The Pains of Being Pure of Heart. They are also joined by Daniel Rosenbaum (guitar) and Jordan Sabolick (bass).

“Gaucho” is the second single released from their forthcoming, debut LP, Adult Contemporaries. The LP arrives October 14th via Lolipop Records. Pre-order the album on Bandcamp and the label’s store (vinyl | CD | cassette).

RIYL: The Arkells, Sundara Karma, Nothing But Thieves 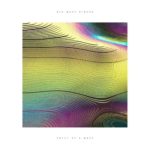 The best songs are the ones you least expect, such as the new single by Finnish outfit Big Wave Riders. No, they are not a doom-metal or droning electronic band. Instead, they sound like a group that belongs within the London and Toronto indie circles, as evidenced by their booming tune “Crest Of A Wave”.

The song is a groovy scorcher and the definition of a summer anthem with its wailing guitars, euphoric chorus, and infectious melodies. It breathes optimism in a time of turmoil, exploding with youthful energy and the sense of invulnerability. For a few minutes, free your mind and escape into Big Wave Riders’ world, and let your inner child go.

“Crest Of A Wave” is taken from the band’s new album, Endless Summer. The LP is out now via Finnish label Soliti. 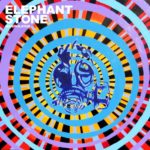 Another song that will have you moving is the latest single by one of Canada’s great bands, who are about to make a massive statement in a few weeks. Montreal trio Elephant Stone will release their fourth album, and the latest single from it, “Manipulator”, is a mind-blowing treat. The song combines a number of genres – cosmic psychedelia, southern-rock, and 90s Canadian indie-rock – but the melange works superbly. The psychedelic vibes and frontma Rishi Dhir’s sweet vocals draw us in without taking us too far down the rabbit hole. The southern-rock hooks keep us engaged, making us just want to rock out. Meanwhile, the Sloan-esque, indie-rock tones create an unexpected euphoric reaction, where all we want to do is holler during the chorus.

The song, as such, has the effect of the very people the song is about – manipulators who try to control our thoughts and actions. In this case, though, we are willing subjects to Elephant Stone’s enchantment. Come September 16th when Ship of Fools is released, we will be fulling under their spell.

Ship of Fools will be first released digitally via the band’s own label, Elephants On Parade Records. Physical copies will be available November 25th via the great Burger Records. 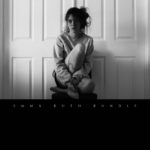 Many artists have been described as “the next PJ Harvey”, and we have uttered the words. IN the case of Emma Ruth Rundle, however, there is no hyperbole. The Los Angeles-based artist has fully earned the distinction with her haunting approach that recalls the iconic English singer-songwriter. Her hush, downtempo ballad, “Marked for Death”, captivated us. With “Protection”, she has us shaking in our boots.

The song is beautifully stark and brooding. The collision of gritty, reverb guitars and cascading rhythms create the crippling soundscape while Rundle’s chilling, vulnerable vocals hover above. Like the song’s message about oppression and dominance, “Protection” will bring you to your knees. There are not many artists that we can say have had this visceral effect on us, and Rundle has only shared two songs from her forthcoming album.

Rundle’s sophomore album, Marked For Death, will be released September 30 via Sargent House. Pre-orders are at her Bandcamp page. She heads to Europe on September 12th to commence a month-long tour. She will hopefully be making her way to North America and abroad this autumn. 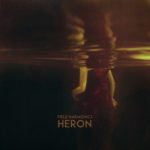 Offering a slight reprieve – ever so slight – comes a new electronic / ambient / synth-pop duo to great immensely excited about. Field Harmonics, the project of Bryony Williams and Rob Glover, are doing something very few electronic duos have been able to master today – creating lush, ethereal music that feels natural and real. “Heron”, which they released earlier this summer, evidences Field Harmonics’ stunning music.

The song is as close to perfection a synth-pop tune could be. Glover’s production work is restrained and done masterfully. Williams’ sublime vocals are captivating, where you want to take her voice and make it your GPS communicator. The two together are harmonious, working in unison to create the dreamy and enchanting soundscape where the feeling of floating high in the clouds overtakes us. It is o.k. to sit down while listening to “Heron” because you will need to catch your breath afterwards.

RIYL: The Brian Jonestown Massacre, The Black Lips, The Verve 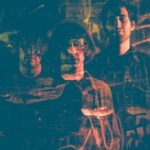 We love our share of slow burners (heck, the majority of us are massive My Morning Jacket fans), and slow burners don’t get much better than Is Bliss‘ new single “Ocean Blue”. The trio from Portsmouth, England have produced a jam unlike many today. It’s not menacing hard or alternative rock. The song doesn’t rage with fiery garage rock. Instead, Is Bliss channel the ’70s and contemporaries like The Brian Jonestown Massacre and The Black Lips to create a scintillating psychedelic rocker.

The crystalline guitars, the vibrant bass line, and the sheer intensity of the percussion form a pulsating number that grows in intensity. Listening to “Ocean Blue” is like watching a beautiful drama slowly unfold before you, where you immersed into every second and the ending leaves you gratified. It is mesmerizing. It is thrilling. “Ocean Blue” is one heck of a track and a one-of-kind introduction to this “new” band. No wonder Club AC30 signed the trio, whose debut EP Velvet Dreams is expected this autumn. If the EP is anything like “Ocean Blue”, we will be in for one of the year’s biggest surprises. 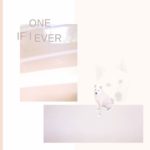 While we have shared a few awesome jams and fiery rock songs, we need a solid shoegaze track. Orchin‘s new single, “One”, fits the bill and then some. The song is shoegaze personified – cosmic yet grounded, fiery yet soothing, mind-blowing yet breathtaking. While the song elicits these conflicting emotions, naming it “One” is a stroke of genius. It is a recognition by Orchin’s frontman and mastermind, Jeremy McLennan, that these different elements combine to make us whole, to make us real.

McLennan would understand the dichotomy that exists better than most, as he spent his life being raised on each side of the Pacific Ocean. To this end, “One” is not just a song, but potentially a representation of McLennan himself. If so, then the depiction is dazzling, and the song is one memorable experience that has Orchin on the fast track to being the worthy heir to My Bloody Valentine.

In addition to McLennan (vocals/guitar/piano/bass/percussion), Orchin are Daniel Lavezzo (guitar) and Griffin Kisner (drums). The trio will release more singles later this year. Our fingers are crossed that they will be equally awe-inspiring. 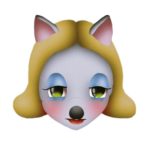 Australia has Kevin Parker. Norway has Matias Tellez. Whether as a solo artist or with his band Young Dreams, Tellez is one of the leading artists redefining Norway’s indie-music scene, otherwise known as the New Bergen Wave. A native of Chile but who moved to Norway as a child, Tellez is a multi-instrumentalist who has dabbled in everything from classical music to South American-inspired bossa nova to indie-rock. If you have not heard of Tellez or Young Dreams before, there is a good reason for that, as the band has been away for nearly three years. Last week, they announced their return with the release of “Of The City”, their first single since 2013.

The song is quite remarkable, as it beautifully blends multiple influences and sounds. The neo-psychedelia of Parker and Tame Impala can be clearly heard along with the groovy vibes of Unknown Mortal Orchestra’s interpretation of the genre. In addition, classical, bossa nova, and operatic music touches, particularly the inclusion of strings and a backing choir, can be heard to give the song an added haunting and dramatic quality. “Of The City”, as such, is unlike anything you will hear this year and one of the year’s very best.

The song is out now via Blanca Records. Young Dreams’ sophomore album is expected early in 2017. 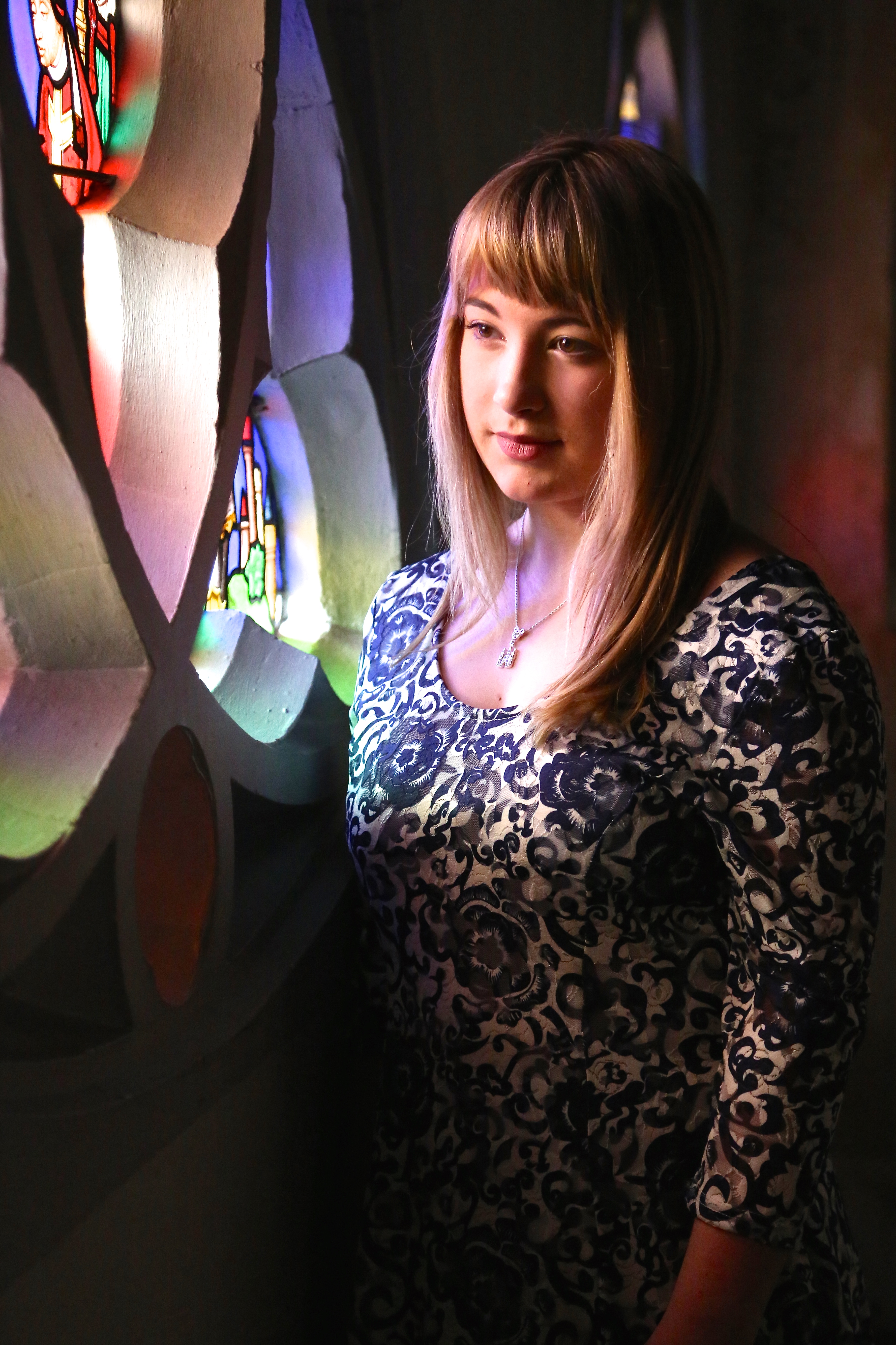