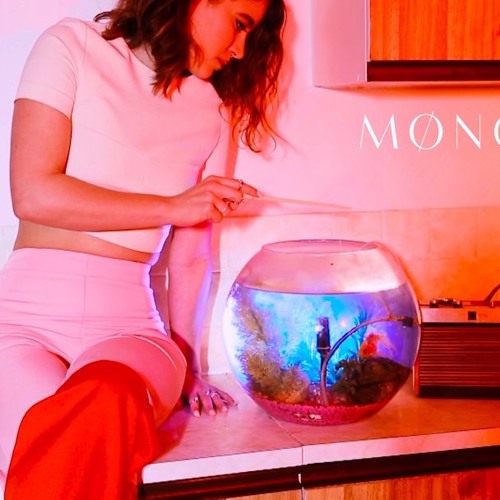 Because of the large quantities of great new music we have received this week, The Matinee September 8th has nine songs. I’ll keep the descriptions as brief as possible, so that you can enjoy the great tunes. We kick things off with a really special project. 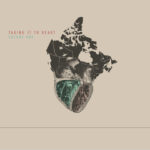 While Edmonton gets most of the accolades when it comes to Alberta’s indie music scene, Calgary is slowly developing into a national powerhouse. One artist to keep an eye on is producer Melted Mirror, who is a throwback. He’s not like Tiesto or Avicii, but instead he’s channeling innovators like Giorgio Moroder and Pet Shop Boys. His new single, “Hungry Shades”, has hints of these two great artists, as Melted Mirror combines darkwave, goth, and disco to create an intoxicating number. The song belongs in the dark caverns of every under underground club across the globe.

“Hungry Shades” is one of thirteen songs on Taking it to Heart, Volume One. This compilation represents the inaugural release by Calgary’s newest record label, Treeline Recordings. The compilation features new or previously unreleased songs by a “who’s who” of Canadian musicians. Among the artists providing material are Chad VanGaalen, Operators with Perfect Pussy’s Meredith Graves, Besnard Lakes, Kevin Drew, Nap Eyes, We Are Wolves, and more. What’s even more impressive is that 100% of net proceeds from the sale of the album will be donated to the Heart & Stroke Foundation.

Pre-order this great compilation on Bandcamp.

If there is one song to hear not just today, not this week, not even this month, but for the entire year, it is Preoccupations‘ new single, “Memory”. This song is a monster. It is an epic masterpiece. “Memory” is the rare sonic experience that will give you multiple, auditory orgasms.

The song starts off calmly, but the dark, gritty undertones of Preoccupations’ previous songs can be heard. It then slowly evolves into the trademark Preoccupation’s sinister sound. But just as you think the song will turn into a raging rocker, they rein it back and “Memory” transforms into a dazzling, shoegaze-y number. The biggest surprise, though, comes in the form of Dan Boeckner (Wolf Parade, Operators, Divine Fits), who takes over lead vocals during this segment. The song then ends with a five-minute interlude of enchanting reverb (is that even possible?). Brilliant. Absolutely brilliant.

“Memory” is the latest single from Preoccupations’ forthcoming, sophomore album, Anxiety. It arrives September 16th via Jagjaguwar. After one of the most exhilarating and moving debut LPs with Viet Cong and with each single they have released from Anxiety, Preoccupations might be the most important band to come around in a decade. 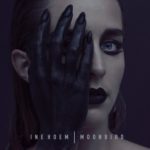 A voice to remember. That is all that needs to be said about Norwegian singer-songwriter Ine Hoem. Her voice has a healthy dose of Neko Case, a dash of Natasha Khan (Bats for Lashes), and a touch of Agnes Obel. It is simply enchanting.

Hoem’s voice steals the show on her new single, “Moonbird”, which is marvelous. Haunting yet euphoric, dreamy yet spine-tingling, the song is cinematic indie-pop in its purest form. Like your favorite movie or song, you will be rewinding “Moonbird” over and over again. The song, as such, is a classic, and Ine Hoem is on the path to instant stardom.

“Moonbird” is out now on Starbox Music Group. No word on whether Hoem will be releasing any new material soon. Let’s hope she does because her voice and music are addictive intoxicating. 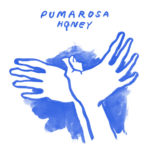 Speaking of remarkable songs, last year, PUMAROSA released one of the – if not THE – best songs of 2015 with “Priestess”. They have returned with a brand new single, “Honey”, which represents a new sound for the quartet. (Note: the SoundCloud audio may only be 29 seconds so the video is provided below.)

The song is a delirious rocker that channels the edgy, guitar-driven tunes of the late ’70s and ’80s. Frontwoman Isabel Muñoz-Newsome‘s vocals take on that of a war cry, which is perfect for this song about a person who has betrayed her trust. “You stupid son-of-a-bitch”, hollers a fierce Muñoz-Newsome. There’s no beating around the bush with the lyrics on this track. Instead, PUMAROSA have shared words we all wanted to say to someone at one point in our lives. This is just another reason to love this band.

“Honey” is from PUMAROSA’s self-titled, debut EP. It is out today on Harvest Records and Fiction Records. PUMAROSA are Isabel Henry-Brown, Tomoya Suzuki, Neville James, and Nicholas Owen. 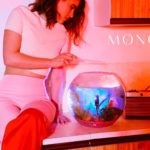 There must be something in the water in England because the country is constantly producing great singer-songwriters. Artists who are creating intimate, heart-crushing songs that leave an everlasting mark. The latest one is Mononoke.

The Liverpudlian has been compared to Lorde, and it is easy to understand why with her spectacular new single, “Graceland”. The haunting electro-pop production resemble BANKS, but Mononoke’s carefully crafted lyrics echo the famous Kiwi. “We still have Graceland to see”, sings Mononoke to someone close to her heart. Whether Graceland is something tangible, metaphysical, or our final spiritual resting place is unclear. All we know is that we want to take Mononoke’s hand and have her guide us to this beautiful place.

“Graceland” is taken from Mononoke’s debut EP, Silence for You, which is out now. Pick it up on iTunes. 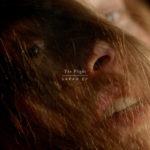 In listening to The Flight‘s new single, “My Love”, the first question that comes to mind is, “Why aren’t more people talking about the duo?” Although acclaimed for producing songs for video games like Assassin’s Creed and Alien Isolation, Joe Henson and Alexis Smith have been overlooked within the broader music community. Maybe that will change after people get a hold of “My Love”.

With Kami Thompson of The Rails on lead vocals, The Flight have crafted a mind-bender of a song. “My Love” is stark, haunting, and absolutely enchanting with Thompson raising the barometer with her hallow vocals. Together, the trio have created a song that is a like religious experience, where you are taken to a whole different place as it progresses. Someone call the producers of Orange is the New Black or Stranger Things because “My Love” is absolutely perfect for these series.

“My Love” is taken from The Flight’s new EP, Sarah, which is out now. It is available on iTunes.

Alizyan and The Drives – “The Runaway” (León, México) 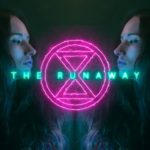 Who said the UK and the US have sole ownership of female-fronted, rock bands? Introducing Mexico’s Alizyan and The Drives. The driving guitars, the pulsating bass lines, and the crushing drumming all immediately stand out. Frontwoman Anny Joseph’s vocals, however, is what mesmerizes you. It has the same power and intensity as Paramore’s Hayley Williams and Wolf Alice’s Ellie Rowsell. A voice that draws you in while rocks your mind.

The song is a clever one. Listen closely and you might be familiar with the storyline about androids desiring to have longevity and love. Yep, “Runaway” was inspired by the movie Blade Runner. This awesome little song is on Alizyan and The Drives’ debut EP, The Runaway. Hear it in its entirety on SoundCloud. Watch the excellent little video for the song on YouTube.

Cactus? – “I don’t think it’s good for you to stop smoking” (Vicenza, Italy) 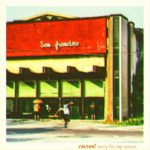 This week’s biggest surprise comes all the way from Italy. Meet Cactus? (yes, the question mark is intentional). This trio from outside of Milan recalls a combination of Wolf Parade and early Arctic Monkeys, which is evidenced on their new single “I don’t think it’s good for you to stop smoking”.

The raucous, proggy indie-rock vibe bleeds of the Canadian legends (particularly the synths which are Spencer Krug-esque). The nonchalant, whimsical songwriting, meanwhile, mimics the English stars’ hit “I Bet You Look Good on the Dance Floor”. Ask anyone here and this combination is good as it gets, and we have found them Cactus? “I don’t think it’s good for you to stop smoking”, as such, is blistering song that will have you have buzzing around the living room, bedroom, or wherever you may be. 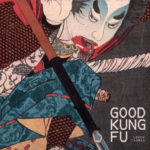 If you were not reading the RIYL line and just heard “Karate Champ”, you probably get excited and think Maximum Balloon – a.k.a. David Sitek – had just released new material. The groovy synth work and the captivating tenor all mimic the TV On The Radio member. Instead, that voice, the sound, and the infectious melody below Houston native Leron Thomas. As such, you will be forgiven for the mistake because there is an uncanny resemblance.

Like Sitek’s work, “Karate Champ” is pretty awesome. It is a song that will warm your soul, put a smile on your face, and just make you feel good about life. For that matter, this song is about celebrating life and taking chances. If you don’t take a risk, you will never know if you can become a “Karate Champ”.

Thomas currently lives in New York City, and he’s much more than a singer, songwriter, and appreciator of all of life’s great things. He is also a multi-instrumentalist, and that is him playing the trumpet. Given his versatility, what will he do next? Maybe a Dizzy Gillespie or Louis Armstrong tribute is in store? 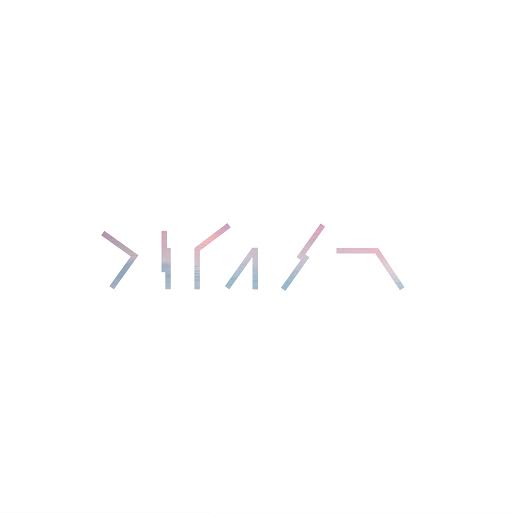 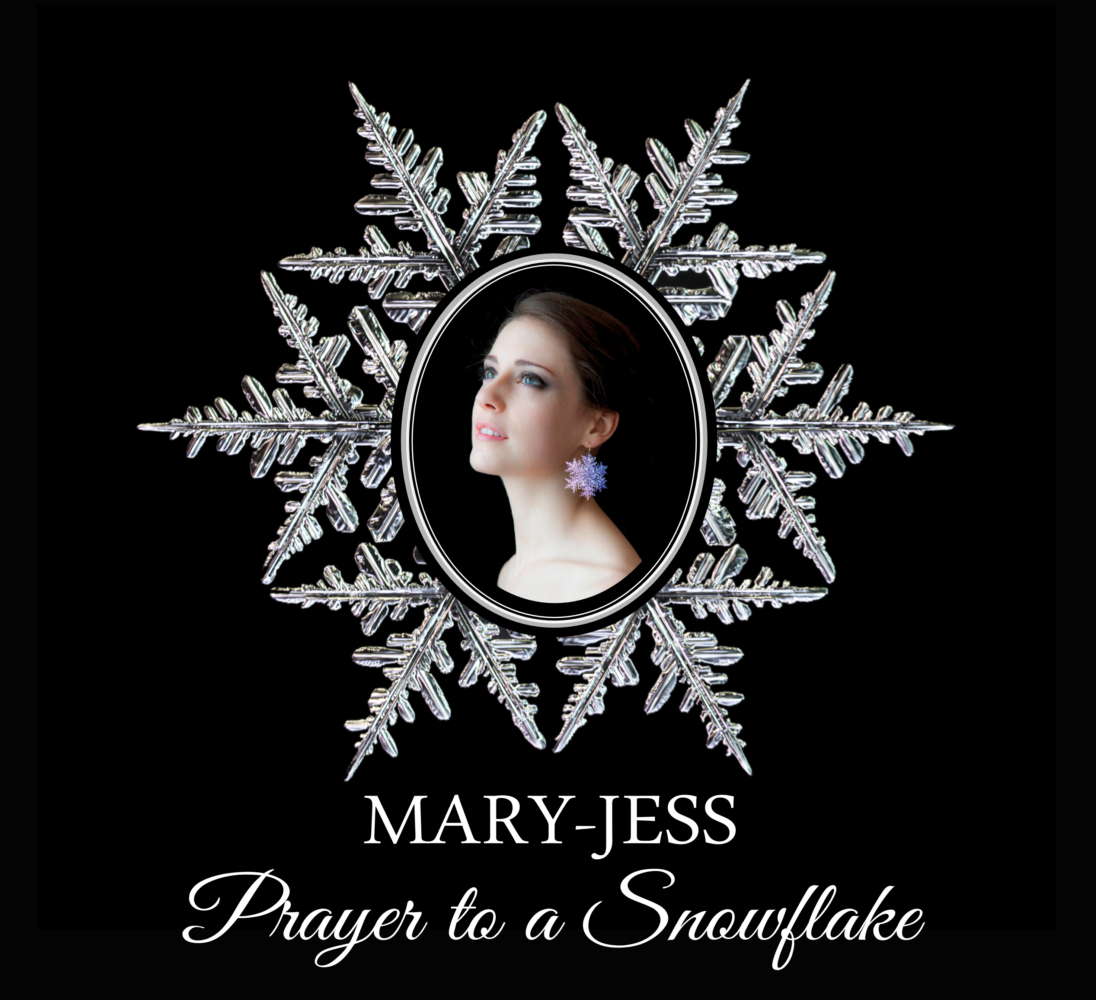