The cooler evening breezes and earlier setting sun mark the arrival of CityFolk. Though previously housed at other venues, it returns to Ottawa’s Landsdowne Park for its sophomore year. The festival’s main City Stage is on the great lawn; however, there are two other side stages that offer a more intimate and indoor experience. These include both the Ravenlaw stage, which is housed in the Horticulture Building, and the BMO stage, situated in the historic Aberdeen Pavilion. Also, a locally-themed complement to the four day festival is Marvest, featuring over 40 local acts performing September 16th-17th at a variety of venues throughout the city.

This year’s festival, held September 15th through 18th,  is headlined by James Bay, Bryson Tiller, Vance Joy and X Ambassadors. Choosing the headliners would be easier, so we have offered a few under-the-radar picks to help make the most of your days.

With a newly minted album Phantom i/Are You Too Sensitive?, John Jacob Magistery is out on a short tour. Though early in in the evening, this set is well worth arriving promptly for. The Montreal-based, indie-folk group’s previous Ottawa show was frenetic energy flanked by beautiful harmonies and left a lasting impression on attendees. Having witnessed them before, consider this a well-informed tip.

While we admittedly have not always been fans of the Bluesfest and Cityfolk focus on bringing in ageing rockers, this one has us immensely excited. Alongside Sonic Youth, Guided by Voices were among the forerunners of the indie-rock scene. They dabbled in lo-fi ambience to gritty garage rock to even art-rock for two decades before taking a break. After a second hiatus, the Robert Pollard-led band has returned with a vengeance, releasing seven albums in the past 4+ years. They might need more than 75 minutes to get through just their more recent material let alone a catalogue that is three decades long.

Today is easily the best day of the festival, as it is loaded with some of our favourites, including three Canadian talents, two hailing from overseas, and one gifted American.

Maybe it is just us, but Dan Mangan should have a primetime slot. Regardless, the Vancouver singer-songwriter is one of the country’s most gifted artists. Whether it is intimate folk ballads or raging indie rockers, Mangan has always amazed. But what stands out the most is his storytelling. He is not merely putting words on paper but often crafting meaningful stories that are sometimes personal and often a cutting portrait of the world today. We have a feeling that Mangan may break out a cover or two just for this performance.

Speaking of early time slots, it is odd to see The New Pornographers performing so early. The acclaimed indie veterans have recorded six fantastic albums since their 2000 debut Mass Romantic, including 2014’s critically acclaimed Brill Bruisers, which was one of our favourite albums of that year.  Rumour has it that they have been working on new material, so could this be an occasion to hear some new tunes? We’re also wondering (and hoping) if Neko Case and Dan Bejar will be in the lineup. Now that would be extra special!

When most people saw the CityFolk schedule, they were likely asking, “Who is Julia Jacklin?” Not us. In our humble opinion, getting Jacklin now was the best decision the Festival made. In the three months since the lineup was announced, the Australian singer-songwriter’s star has exploded. Her old-school, folk-rock sound and her witty lyricism has resulted in many comparing her to Courtney Barnett. We, however, think she could be the Joni Mitchell of her generation. Jacklin’s debut album arrives next month, and Cityfolk festival goers will be one of the first to hear it. Count yourselves lucky!

We will be frank – we love Basia Bulat. From her intimate and unique Tall Tall Shadow to her Jim James-produced Good Advice, she has amazed us with her musical versatility and songwriting talents. Our fandom, though, was cemented earlier this year when she took the stage at Newport Folk Festival and completely wowed us. It is a performance we still talk about, and we have no doubt she will once again tantalize us. We hope the weather will be nice so that she can break out the Wurtlizer.

If you do not know the name Marlon Williams, learn it now. The native of Lyttleton, New Zealand is an international star on the rise. His self-titled, debut album, which was released earlier this year, was a dazzling and remarkable effort. It was not so much an album, but rather a majestic piece of art. In addition to his masterful storytelling, Williams has one of the most memorable voices in the business. Some have even compared his voice to Elvis Presley – not so much in the delivery but in how unique it is. He’s one of our favorites, and by the end of this night he’ll be one of yours.

John Moreland is an articulate singer-songwriter who delivers a beautiful and heart-tugging acoustic performance. We caught the Texan at Newport Folk Festival as well, and it was a memorable occasion. As we wrote then, “It’s one thing to listen to ‘In the Throes’ and ‘High on Tulsa Heat’, but it’s another thing to experience the trials and tribulations of Moreland’s life in a live setting.” Tell the babysitter you’re coming home a little late, and close out the evening with a consummate storyteller.

If you are a fan of Basia Bulat, then you have to catch Charlotte Cardin. The Montreal multi-instrumentalist is a chameleon when it comes to music. At just 21 years old, she has performed everything from jazz, pop, and electronic. She now has taken her three passions and fused them together into a sound that is remarkably unique and innovative. Get to CityFolk early and discover Canada’s newest sensation.

Speaking of sensations, the past 18 months have seen 20-year old Julien Baker move from “buzz artist” to bonafide indie-folk star. The Tennessee native may not be tall in stature, but when she takes the stage all eyes are fixated on her. Her music is soft and intimate, but her lyrics will rip your heart out. For a young artist to craft such powerful music, we are left wondering what will she be writing about a decade from now. Baker is a talent, and here’s your chance to discover first hand why NPR, Pitchfork, and Stereogum have been singing her praises.

Doused in southern charm, you can count on Tennessee’s Rayland Baxter to carry both a guitar and a smile to the stage. With a second studio album, Imaginary Man, under his belt, let him spin you his stories of life, love, and the moments that count. If alt-country holds a warm place in your heart, then take a walk from the great lawn and head to the Pavilion. 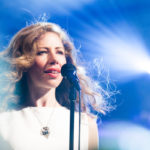 We have been obsessed… excuse us… following Lake Street Dive for a few years now. It has only been in the last two years where their star has exploded, as the band has sold out venues across the continent (including Stubbs Amphitheatre in Austin, which Gabe covered). With a successful new album out, Side Pony, the Boston quartet will tantalize you with their mix of jazz, folk, pop, and rock. As Gabe mentioned a few months ago, Lake Street Dive’s music is the perfect soundtrack for the summer, and their performance in Ottawa is fittingly during the final week of the season.

Dropkick Murphys formed in the mid 1990s in the Boston area, and the current tour is in celebration of their 20th Anniversary. If the idea was to start the festival off with a bang and in party mode, CityFolk could not have chosen a better band to ignite the torch. Come ready for a party because the band is sure to jump right in and bring you with them!

Hailing from Portland, Oregon, Blind Pilot have long been favorites within indie-rock / folk-rock circles for years. They are also recognized as one of the hardest-working bands in the business, constantly touring across the continent and abroad. Currently on tour on their third and most recently release, And Then Like Lions, step over to the side stage and listen in. This show should please every attentive ear.

It seems like only yesterday that Plants and Animals were just starting out and no one knew their name. In 2008, they performed an afternoon set on a hot weekend afternoon at the Ottawa Bluesfest. A few months later, they were shortlisted for the 2008 Polaris Prize for their debut album and then nominated for two Junos in 2009. The Montreal trio had arrived. They are making a return to Ottawa to share tracks off their fourth studio album, Waltzed in from the Rumbling, sharing their brand of ’70s folk-rock and ’80s college rock. Re-discover why Plants and Animals have become stalwarts within the Canadian music scene. 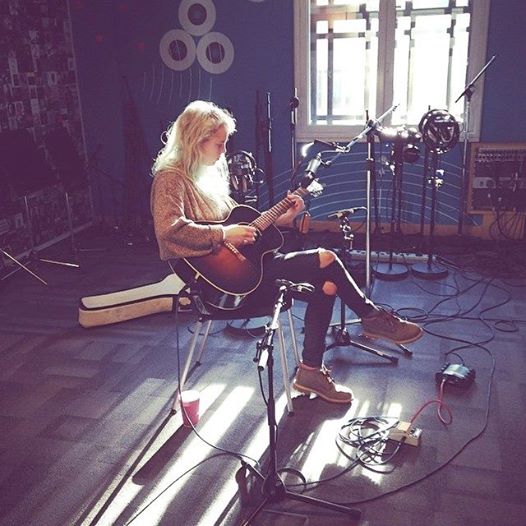 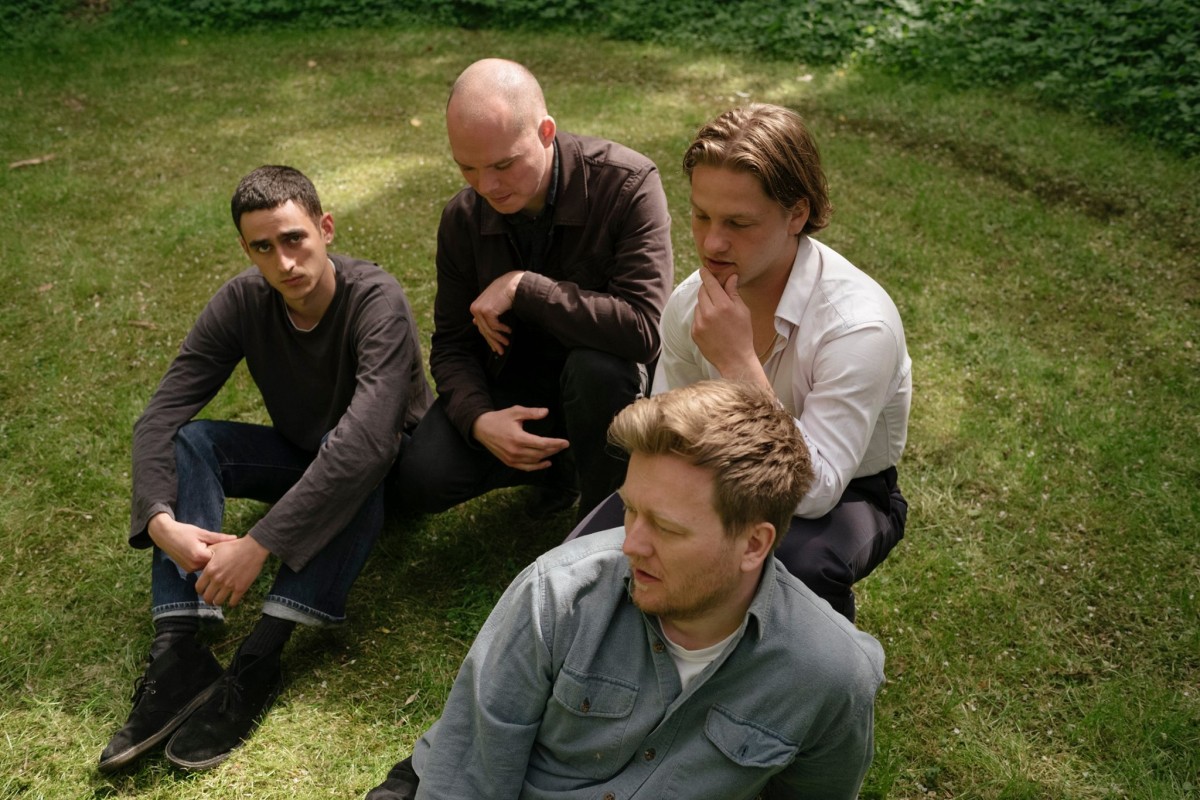