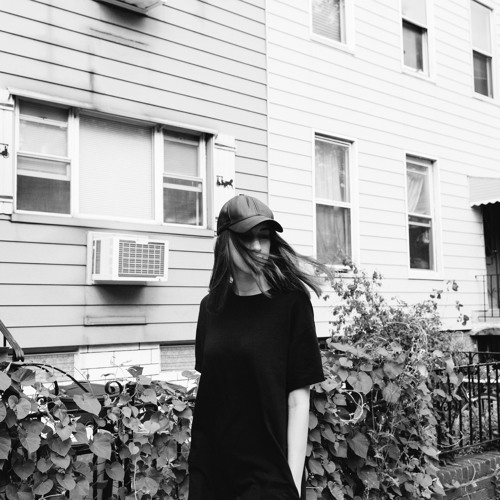 The Matinee September 15th once again spans multiple genres and scours the globe for the best new music. A few favorites return while several have just released either their debut or second singles. The summaries are shorter this time around, and the list is organized in reverse alphabetical order. 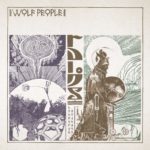 The main reason why The Matinee is in reverse order is so we can start off with this face-melting, new single by Wolf People. The quartet from North London are one of the hardest bands to describe because they are like mad scientists who fuse together anything they can put their hands on. Progressive, psychedelic, sludge folk might be the best descriptor. But no matter how one wishes do define them, Wolf People are one of the most unique bands around.

Two days ago, they shared their latest invention, “Ninth Night”, which, to possibly your surprise, is their most accessible single to date. Psychedelia, prog-rock, funk, stoner rock, garage-rock, alt-folk, it is all in this awesome song. The track just further demonstrates the brilliance of Wolf People, who, as my friend Rob described, “merge the cool and the nerdy so effortlessly.” One day, we hope to attend one of their jam sessions just to see how their minds work and what they will conjure.

In the meantime, we will await the arrival of their forthcoming new album, Ruins. It drops November 11th on Jagjaguwar. 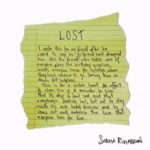 Sorcha Richardson continues to impress us with everything she has done. From her early synth ballads to her more recent acoustic work, such as on “Walk Away”, there is an incredible thoughtfulness in all her songs. It is not just lyrically, where she shares stories of personal loss and gain. Her music, too, consistently has an intimacy that only a few artists can match. Her latest single, “Lost”, showcases her artistic brilliance. The song was written for a close friend who had his heart broken, and Richardson immaculately articulates the his pain while simultaneously playing the supportive role. “Lost” is endearing and beautiful, a song that makes you realize that you are not alone in this world and, thus, will lift your spirits. We all should have a friend like Sorcha in our lives.

“Lost” is the second release of a five-song project. Richardson will be sharing the next single in early October. 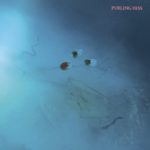 One of the most underrated rock bands of the past decade is undoubtedly Purling Hiss, the project led by Philadelphia resident Mike Polizze. With their raging guitar riffs, bone-jarring rhythms, and a frenetic energy, the trio are one of the best power-rock bands around. Unlike some of their contemporaries who just wail on their instruments, Purling Hiss are crafting songs that have an unsuspecting thoughtfulness. “3000 AD”, for instance, bursts like fireworks on the 4th of July. But behind this explosive sound is a dark, driving underbelly that reflects the anxiety and fear in Polizze’s lyrics. Purling Hiss are more than just a rock band; they’re new age philosophers. 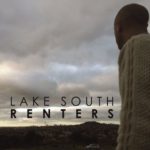 Proof that the New Zealand music is flourishing, The Matinee September 15th edition features two artists from country on the Tasman Sea. The first is Lake South, who has become a favorite of critics in Aotearoa both as a solo artists and with his band Urbantramper.

His new single, “Renters”, explains why people have fallen for him. The song is beautiful, as Lake uses minimal production to create the shimmering soundscape. His whispery vocals, which land between Justin Vernon and S. Carey, are captivating, drawing you in like a warm breeze. His songwriting, though, is what has always stuck out. Despite the romantic vibe of the song, the Wellington resident sings about the difficulties of New Zealanders to pay the rent as housing prices surge. “Renters”, as such, is not an ordinary song; it is political track meant to provoke change. And Lake is not just another artist, but he is a hero to many.

If you have a moment, check out the superb video for the song. 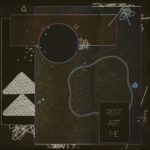 This week’s band whose name you have to remember is Jupiter Deluxe Tube. The project led by Darwinn Sato released their debut single, “Restart Me”, two days ago, and it is a thing of beauty. Artfully merging dream-pop with synth-pop, Sato has crafted a song that will sweep you off your feet. Her vocals are stunning with each note piercing through your heart as she sings of missing a loved one. Sato’s production work is also immaculate, as it seems like she is emotionally attached to every element she touches. No offence to the artists listed above, but Sato alone could be this generation’s Eurythmics.

“Restart Me” is from Jupiter Deluxe Tube’s forthcoming, debut album, Product of Insomnia. Release date to be announced. 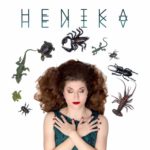 Earlier this month, she released her self-titled EP, a collection of cinematic and imaginative art-folk songs. From it is “The River”, a spelling-binding drama that will have even the coldest hearts fluttering wildly. Just like an actual river, the song slowly swells with the music and Tornyai’s voice rising in unison. The surges that trickle throughout the song will leave you gasping for air. For older music fans, the dramatic flourishes and Tornyai’s stunning vocals might remind you of the great band Heart.

Henika can be heard on SoundCloud. Alternatively, order it on Bandcamp. 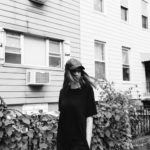 When COTE – the project of Taryn Faye Randall – released her debut single, “London” six weeks ago, we were blown away and had nothing more to say than “Wow!” Her new single “Green Light” is equally gorgeous, and it has us searching for the nearest chair so that we can catch our breath. With the warmth of Stevie Nicks and the unsuspecting intimacy a la Julia Jacklin, this song is breathtakingly beautiful. Truly, like us, you just might experience difficulties exhaling as you spin this incredibly stunning song. It is safe to say that after two songs Randall is a talent to behold. She’s already one of our favorites and an artist whose future we are immensely excited about. 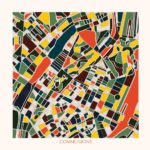 It only takes one listen of Communions‘ new single, “Eternity”, to understand why Fat Possum signed the Danish quartet. Their sound bellows of the indie rock that streamed across U.S. college radio stations in the ’80s and ’90s. Music that was immensely thoughtful and considered by high school and college students to be the soundtracks of their lives. Older people at the time called it angst rock, which is how some may describe “Eternity”. This song, though, is anything but that. It is an anthem for a new generation of daydreamers, who long for simpler times and the freedom to express themselves. The calendar year may have changed, but the times have not and Communions have perfectly captured this feeling. 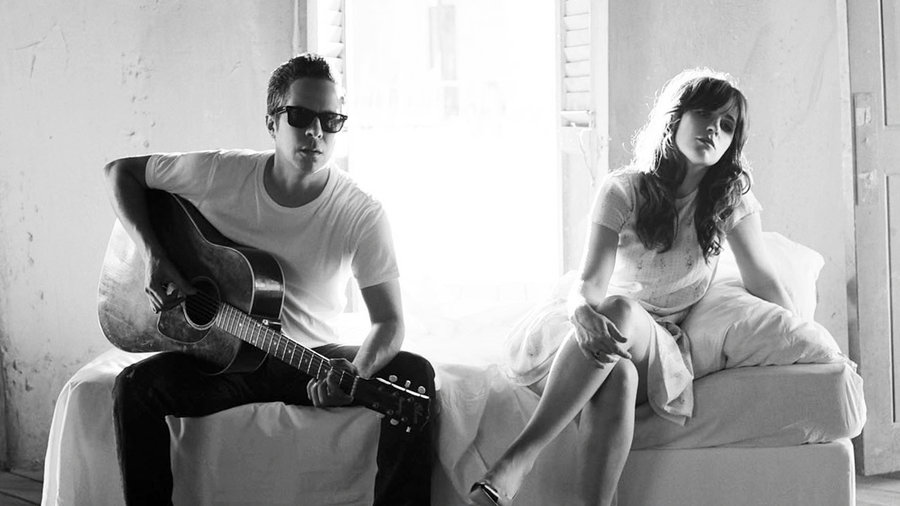 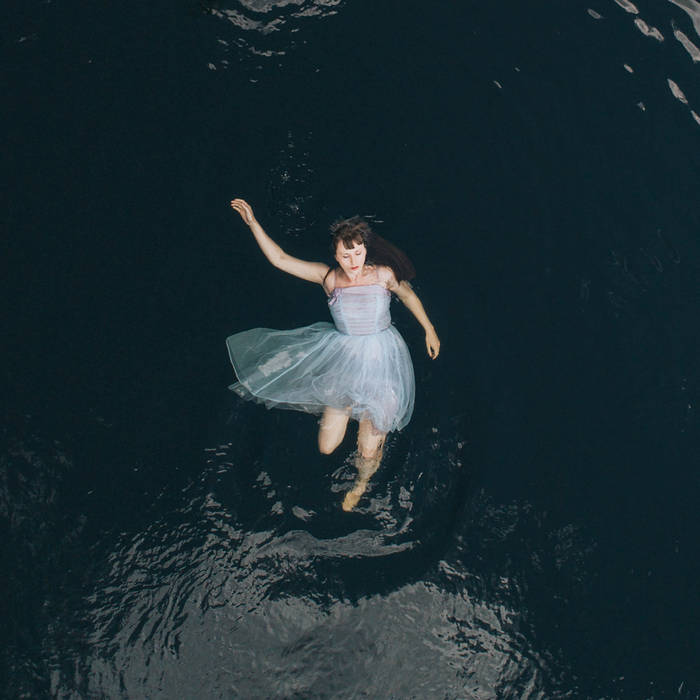