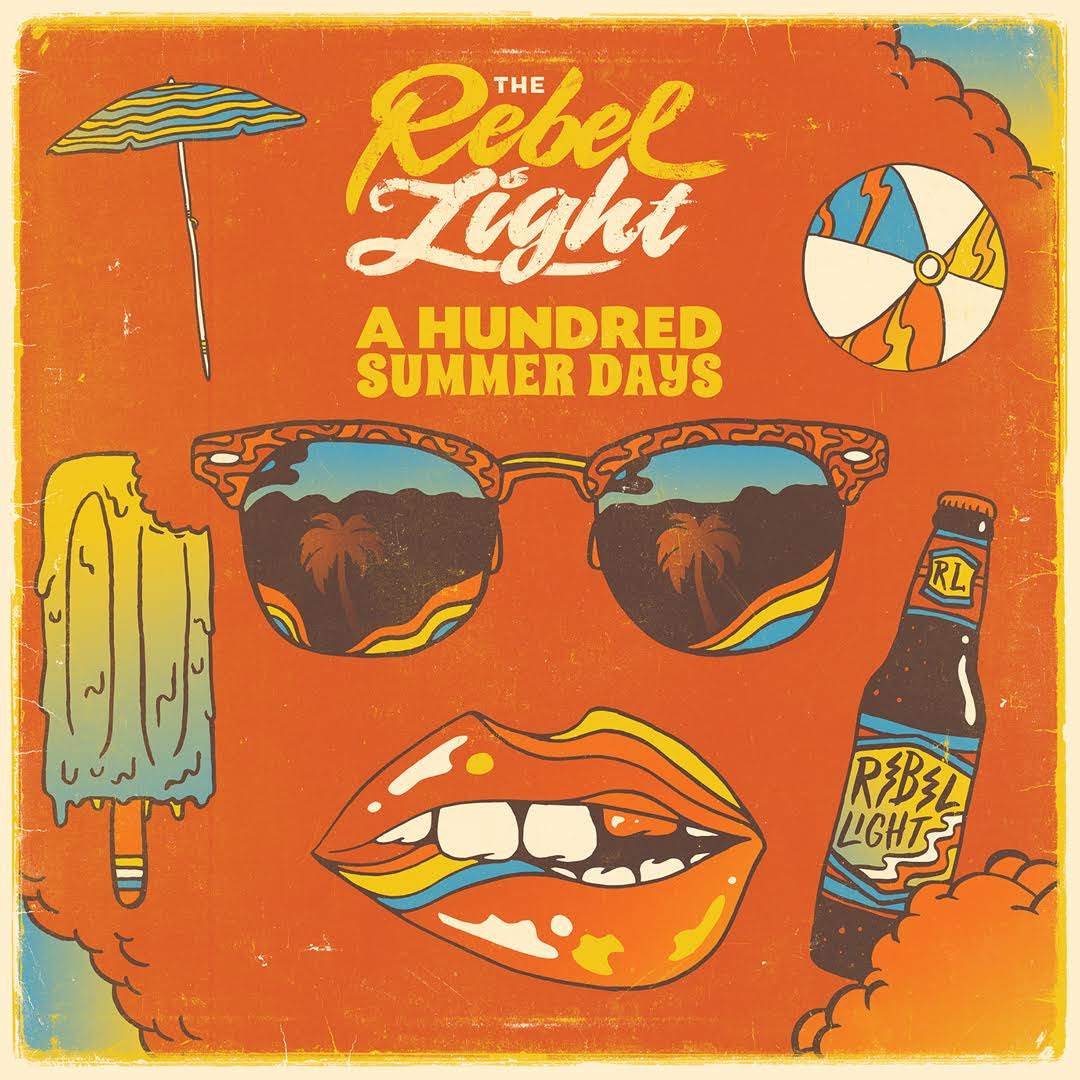 Next week is the official end of summer and the start of a new equinox arrives next Thursday. One of our favorite Los Angeles-based bands, The Rebel Light, though, is here to send us off with an amazing end of summer playlist. Just as a refresher, The Rebel Light have been rocking the West Coast since 2013. We first caught win of the quartet a year ago, when they released “My Heroes are Dead” and “Strangers”. Last month, this talented band released the fittingly named A Hundred Summer Days via the great Dualtone Records.  The EP was as expected – a fun, blistering effort filled with awesome feel good songs, including “Summer Haze”.

Multi-instrumentalist Jarrett Steil was cool enough to share his 10 favorite summer jams with us and we hope you enjoy. The Spotify playlist follows the brief description provided by Jarret.

1. The Beach Boys – “Wouldn’t It Be Nice”
You can’t get more “summer” than this! With the layers of harmonies and Brian Wilson’s genius arrangements and writing, you can close your eyes and completely imagine you are sitting on the beach somewhere in southern California!

2. James Supercave – “Just Repeating Whats Around Me”
To me, they are the west coast brothers to Australia’s Tame Impala. Makes you want to cruise along the ocean, windows down and music pumping! A nice bonus is they are great live (and from LA)!

3. Paul Simon – “Graceland”
I remember hearing a lot of Paul Simon growing up and honestly was never that much of a fan after Simon and Garfunkel. Always reminded me of summer, though (growing up on the east coast, it’s always on!)! A couple of years ago, I grabbed the Graceland LP and put it on….I was blown away with the whole album but especially “Graceland”. The rhythms and playing, harmonies…everything about it is inspiring and nostalgic. It really made me go and listen to Simon’s solo work and have a huge new appreciation for it!

4. Bahamas – “Lost In Light”
Just another great bit of songwriting. Nice and mellow with beautiful vocals in the choruses. Kind of a timeless sound to the whole recording.

5. BC Camplight – “Thieves In Antigua”
Came across this album earlier this year. As a whole, it is mind-blowingly good. He has that old sound that you wouldn’t be surprised if it was some lost track of Brian Wilson’s. Honestly, if Brian Wilson had come out in the last 15 years, this is what I imagine what he would have released.

6. Courtney John – Lucky Man
It’s not summer without some reggae! This is a killer track that i really thought was at least 30 years old but turns out it was released in ’09! Another one with beautiful vocals that you can listen to over and over and not get bored.

Such a good raw track. Amazing what can be done with the most minimal of instrumentation. Great vocal interplay and harmonies between them. Even better when you see them do it live!

8. Keith Richards –  “Love Overdue”
It’s Keith! Nice when someone can pull something completely different out of the bag and surprise you. Close your eyes and you are drinking beers on the beach in Mexico!

9. Vampire Weekend – “Step”
They have always seemed to pull part of their sound from Paul Simon in a weird way, but it works. This is one of those songs that I can just listen to the groove over and over, and it makes me smile. They always work their way into my playlists in the summer months.

10. Seals and Crofts – “Summer Breeze”
Classic tune! Nostalgia written all over it from the first few notes of acoustic guitar. You just sink into your seat and close your eyes, and you are right back to summer and hoping it lasts a little longer!

Mundo Musique: Our 25 Favourite Albums of 2013 – Speck Mountain, Thao & The Get Down Stay Down, TORRES, Waxahatchee, and Zachary Cale