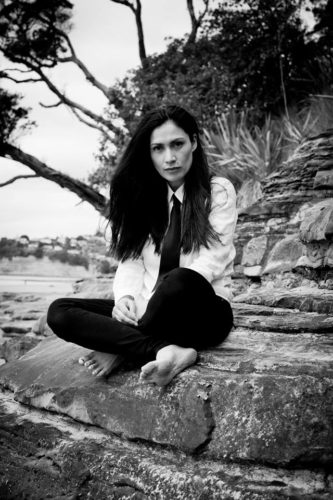 All Anna Coddington needs to do is discover the cure for cancer and win the Nobel Peace Prize because the Auckland-based artist has practically done it all. Her résumé is remarkable.

New Zealanders will recognize Coddington for her longstanding involvement with Kiwi super-collective Fly My Pretties, playing guitar and drums and singing vocals. Her solo work has also garnered national attention and acclaim, highlighted by her being named a finalist for the prestigious Silver Scroll Award in 2013 (Lorde was awarded the prize for best songwriting). International audiences may have seen her face gracing magazines and billboards, as she is the face of the Trilogy Skincare global campaign (which was made famous by Kate Middleton, Duchess of Cambridge).

In addition, Coddington is an outspoken, animal rights activist. She has a 2nd Dan black belt in Kyokushin Karate. She’s a marathon runner, has an MA in Linguistics, and is a full-time mother of two. Revealing her credentials is truly an awe-inspiring exercise, yet the Raglan, New Zealand native isn’t anywhere close to reaching her peak

In a little more than two weeks, she will launch her third solo album, Luck/Time. Over the past few months, she has shared “Apples”, “Lantern”, and “Release Me”. She had also previously released “Bird In Hand” three years ago, and it will find its way on to this highly-anticipated record. Today, Coddington reveals the album’s fifth song and is emotional centrepiece, “Without A Fight”, which we are immensely honoured to premiere today.

“Without A Fight” is a masterful work of art. One that leaves you paralyzed as you endlessly gaze at its beauty. The totality of its elements leave a lasting impression, but each individual component stands out. The stirring strings, the dissonant guitar, and the sparse percussion and production work create a cinematic soundscape that heightens the drama and the emotional power of the song. Coddington’s voice is gripping, vulnerable, and delicate, as if she was sitting next to you whispering her thoughts. Her songwriting is striking for its poetic beauty about a newfound relationship. Coddington explains more about the song:

It began in 2013 as part of an experiment I started under (producer and artist) SJD’s influence when he was producing “Bird in Hand” and “Make You Mine” for me. He was writing 50 songs in 50 days, but I was too lazy for that so scaled it back to 30 songs in 30 days. This is a great writing exercise, as you very quickly tire of writing in the same way every day and if you don’t switch it up you run out of ideas pretty quick. This song was around day 20 and started with me drawing blanks and recording various mouth noises – ‘tutt’s, ‘ha’s, and my teeth clacking together. I edited them together into a try-hard, Radiohead beat with an 808-style kick drum, which I thought I would eventually replace but grew to love. Then came the bassline, then the pretty stream of conscious lyric….

At that time I had just found out I was pregnant and was freaking out. It was definitely not part of my plan at that stage. The first two verses are written from the baby to me. Before I got past those first two verses, I had the baby and named him Arlo. Over a year after I started the song, I wrote the last verse, and that one is from me to him.

You can watch the video for “Without A Fight” below, which was produced by Coddington’s friend, photographer, and fellow musician Mareea Vegas. The video is simple yet dazzling, as it was filmed in a single take and has a few surprises. The focus on Coddington’s face is clever, as every emotion elicited from the song can be clearly seen. The video demonstrates that simple can be extremely beautiful. Some background of the spur-of-the-moment video is provided.

If audio is your preferred medium, the SoundCloud version is follows the music video.

Luck/Time will be released on 21st October. Pre-order it at Coddington’s Bandcamp page (which includes several bundles) and iTunes (NZ | AUS | US | UK | CAN).

About the video from Anna Coddington

The video was a last-minute addition to a photo shoot I did with good friend and amazing photographer Mareea Vegas. Since looking decent for photos is a gargantuan effort for someone with two small children, we figured we might as well make a video at the same time. We wanted (and needed due to zero-budget and a small baby in tow) to do something very simple that would happen quickly. She lives at Red Beach and knows the area well, so we thought to do something up there and figured the simplest thing was to set the camera on a tripod and have me sing to it, then jump in the water. LOL! This also enforced simplicity because it meant we could only do the one take – once I’d been in the water we couldn’t start again.

Mareea had some good ideas for keeping interest (she took great delight in pelting me with sand), but we decided not to put too much thought into the exact movements and timings and just see what would happen a bit. It was not a conscious decision to time the re-emerging from the water with that third verse, but I guess in a way it’s symbolic of what a re-birth it is to have a baby. It’s the most profound transition you can make. I TOLD YOU THIS SONG IS HEAVY!!! FML.

Clothing in the video includes a Workshop Denim Classic Linen Shirt and Anna Coddington’s own tie. 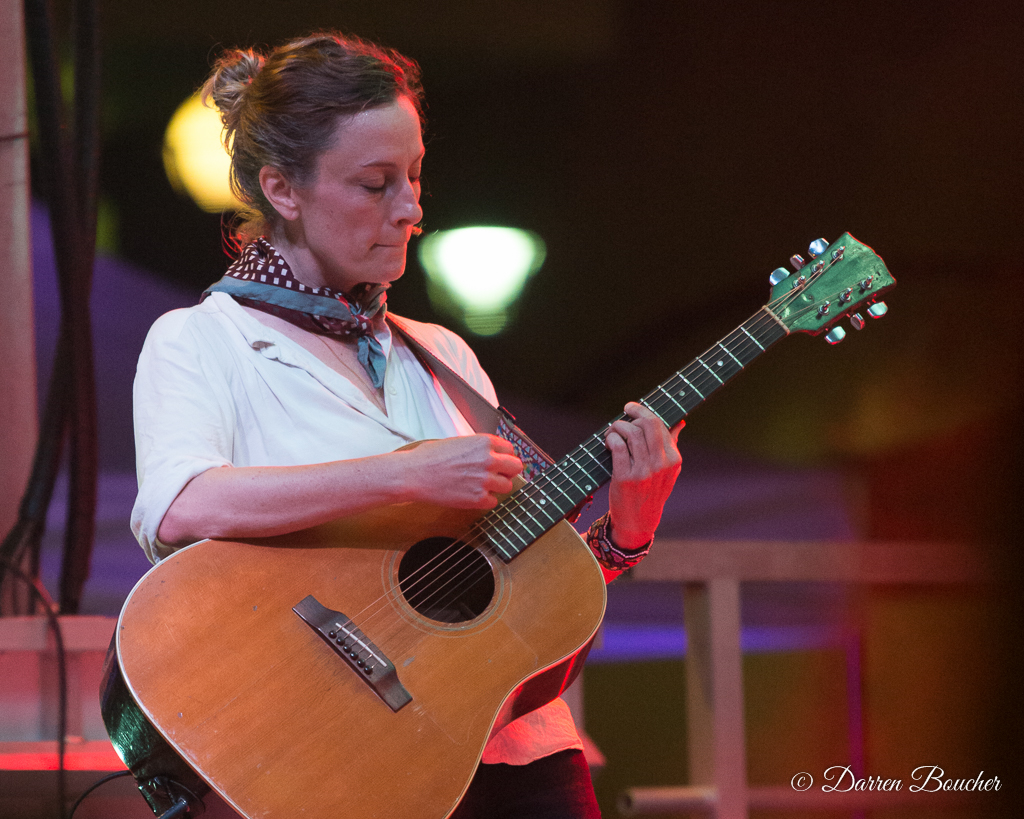 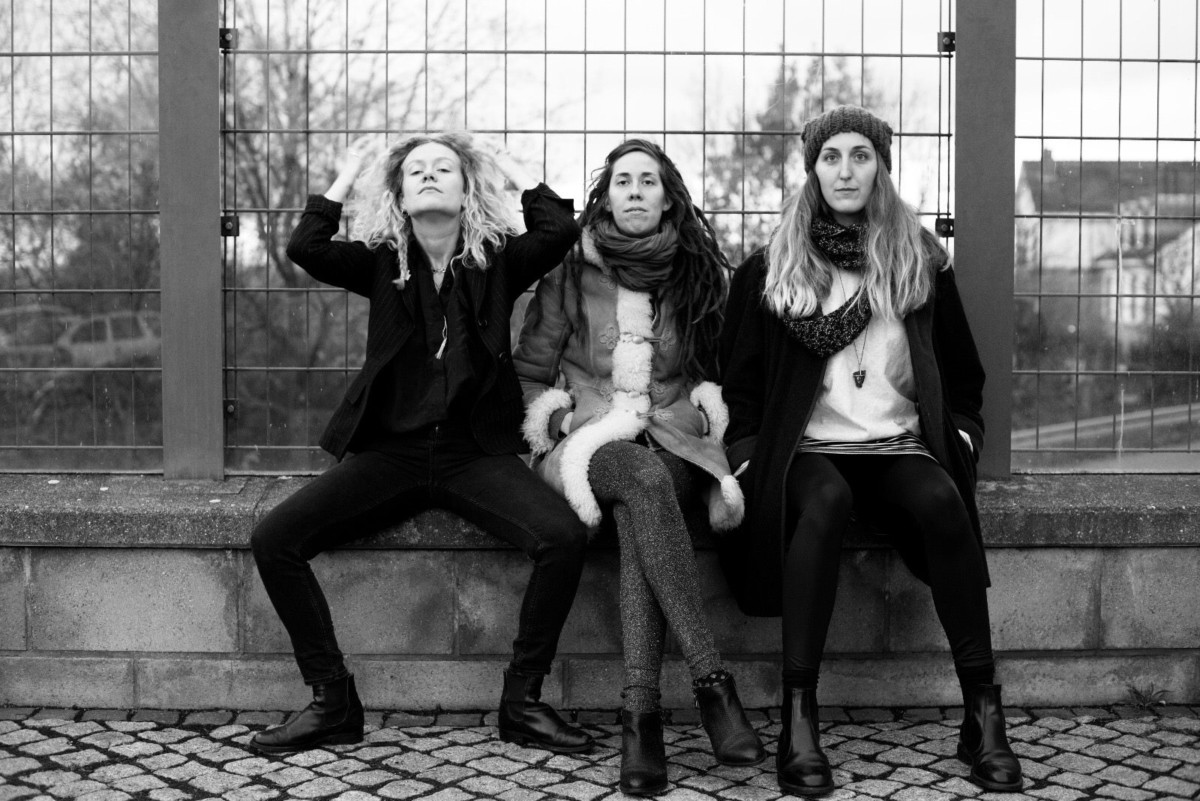