The Matinee October 17th includes six new tracks to kick off your week. We have a couple of blistering indie rock tracks to get your week started off proper and also tracks that inspire sitting back and relaxing a bit along with singer-songwriter fare and dreamy psych rock that both whisk you away to somewhere serene. We hope you find your new favorite artist or band today. 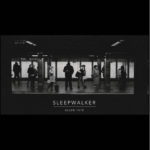 Allen Tate is one of the talented singers from San Fermin and is about to release his debut album.

“Wrapped Up” is beautiful and soulful as the track unfolds it tells the story of mourning and loss. We have Mr. Tate’s vocals sound as if they are from an era past and they continue to keep us enthralled with each new release. He has a magnetism to his style that keeps us drawn towards his often melancholic yet emotive style. Even though the subject matter he often tackles seems serious and heavy, there is still a bit of optimism sprinkled throughout his solo effort which makes for his signature style.

Tate’s debut album, Sleepwalker, will drop on October 28 via Votiv Records. Pre-order the LP from Amazon and iTunes. 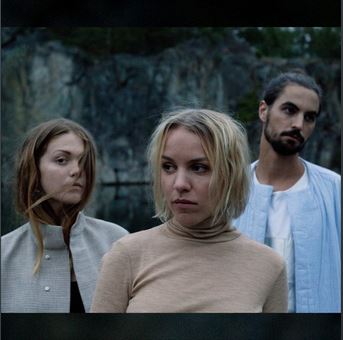 CHANCVN made their debut effort earlier this year with “Heart Out”. They are back with their second release “High Life”. We have a nice mix of dream pop that has a bit of a psych-rock vibe sprinkled in.

The vocals are sweet yet convey a great sense of strength which completely has us hooked.  Lyrically we have an anthem of blazing your own trail and walking on the wild side, from the last place you would expect – motherly advice.

So far CHANCVN is melding together some really cool elements within their sound to stand out from what everyone else is currently doing and has the potential to make some nice waves in the dreamy pop/rock arena. 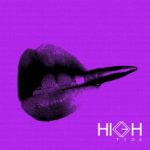 High Tyde are from Brighton and they are still in their teens yet have already released 3 EPs. “One Bullet” is the newest singe release for the rising quartet.

With “One Bullet” we have an awesome heart pounding rock track that has just the perfect amount of pounding percussion and screaming guitars. Throughout the entire track you just can’t help wanting to move.

Lyrically we have a track that speaks to that relationship where you might just end up being left behind. The track perfectly captures those relationships that you want to work hard for, but you just can’t if the other person is unwilling.

“One Bullet” is from High Tyde’s upcoming EP, Real out October 28th. 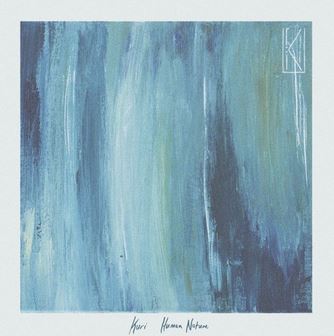 “A Dream” is a beautiful track by KURI, an artist out of Abbotsford, British Columbia. KURI is Scott Currie, who was previously involved with the band Oh Village. Mr. Currie is now going out solo as KURI.

With “A Dream”, we have elements of ethereal melodies similar to Local Natives that keep us completely enthralled. The dual vocals make for a beautiful track that speaks to struggles within relationships. There are so many awesome elements going on with this track that we can’t get enough.

“A Dream” is from KURI’s newest album, Human Nature which was just released earlier this month and is available now. 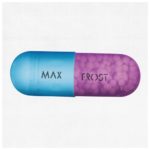 Max Frost is out with his second single after releasing his very infectious Intoxication last year.

This time we have another addicting beat which is part of Mr. Frost’s soulful and signature style. We have a great mix of perfect drum beats, ample synth and a tad bit of piano.  Lyrically we have a track that seems to remind us about the fact that many people are over-medicated these days and that just a script isn’t always the a magic fix, especially with younger adolescents. Proper mental health can entail many things together, with medication just being one of them.

Mr. Frost shares this about “Adderall” from his Facebook page: “This song, in particular, was a tough one to nail down, because I wanted to get the lyrics and melodies just right, as the content needed to come across a certain way. During the journey, Ross Golan (an amazing songwriter) sent a new idea for the chorus that changed the game and inspired the Adderall chorus. I finally finished the rest of the lyrics after I began to play it live.” 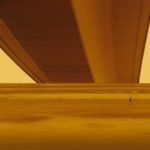 The Vryll Society are back and they just keep releasing one awesome track after the other. We can’t seem to get enough of this talented quintet.

“A Perfect Rhythm” is actually a very accurate description of their newest track. It’s filled with hazy psych, dreamy vocals and just the right amount of reverb filled guitars. This will be the perfect track to spin once the weather becomes a bit cooler (which is happening for most – except for us Texans) and you can wrap up with a warm blanket and take a moment to relax to this perfect rhythm.

The single will officially be released on November 4th via Deltasonic Records.