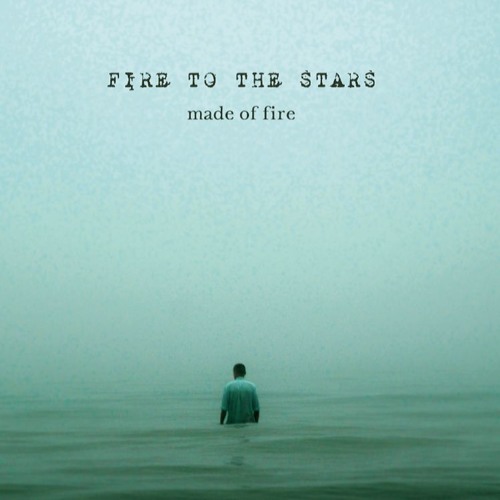 The Matinee October 18th offers ten new music singles. From punk-rock to sizzling indie pop-rock to art-rock, these songs will leave you dazzled and maybe even laughing. Today’s list is in reverse alphabetical order. 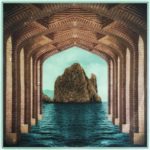 Even though the days are growing shorter and the temperatures are cooler, there is still time to enjoy your favorite beverage on the porch while watching the sun set. During such moments, we need music to capture the beauty of this serenity, and Brooklyn-based quintet Wild Leaves have just the song.

“Fallen Robin” is a gorgeous number and perfect for autumn’s cool nights. The clean guitar lines, the slight notes of the organ, and the sombre pacing of the rhythm section create a calm and tranquil soundscape. Frontman Adam Lytle’s vocals are engrossing with hints of a young Tom Petty. The songwriting is also terrific, as Wild Leaves share a story about moving forward and tackling new adventures. However, just because one has left the nest, they do not have to bare any burden alone because one can always come home.

Wild Leaves are Adam Lytle, Brett Banks, Cole Emoff, Genevieve Rainsberger, and Joey Deady. “Fallen Robin” is from their forthcoming new album, which is expected in 2017. 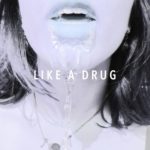 There are only a few songs whose title perfectly describes its quality. Then again, newcomers Tokyo Tea Room aren’t exactly your everyday psychedelic-rock band. They’re not blowing our ears with a tidal wave of reverb. They’re not whirling the disco-infused psychedelia that has become popularized by Tame Impala. Instead, they take us to the coastlines where the beaches meet the ocean for some dreamy psychedelia, which is exemplified on “Like A Drug”.

As the song’s name suggests, this track is like a drug. The Kent-based quintet weave a spell with their sun-drenched psychedelia. The melodies are dazzling and frontwoman Beth Plumb’s vocals are intoxicating. The guitar lines, meanwhile, are smooth with the perfect amount of reverb. This is a psychedelia made for long drives and romantic evenings. For those moments that you want to make memorable. 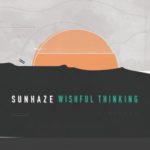 San Francisco is home to a host of great artists and bands, many of whom have been born out of the city’s great psychedelic scene. Relative newcomers Sunhaze, however, has deviated from this trend and instead focused on creating introspective indie pop-rock.

Two weeks ago, the sextet released their debut album, and the second single is “You Don’t Know”. The song is blissful and dazzling with a touch of suspense to heighten the drama on this song about a crumbling relationship. The juxtaposition between the smooth harmonies and gritty guitar riffs brilliantly represent the two characters, who are side-stepping one another. This is storytelling at its finest, where not only the lyrics tell the story but also the instrumentation.

Sunhaze’s debut album, Wishful Thinking, which is out now. Purchase it on their Bandcamp page. 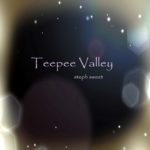 We still do not know where Steph Sweet is from, but it probably doesn’t matter if she continues to write awesome music. In August, she shared the folk-rocker “Wolf’s Eye”. She’s now back with “Teepee Valley”, which she describes as a “return to psychedelia and an idealist’s dream of peace”.

Like her previous singles, there is a ’70s vibe that reverberates throughout the track. The psychedelia is dreamy, as the reverb channeled through her electric guitar creates a woozy effect. Sweet’s vocals, meanwhile, are light and heavenly, putting your mind at ease. Wherever “Teepee Valley” may be, if it is as stunning and captivating as this song, please take us there. The song sounds like what Utopia would be – a place of wonderful enchantment.

The single is taken from Steph Sweet’s new album, The Hag and The Whore, which can be purchased on Bandcamp. 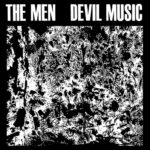 On The Men‘s last album, Tomorrow’s Hits, they threw us a curveball as they reinterpreted ’70s and ’80s southern and classic rock. Well, that LP, while pretty awesome, appears to be a blip on the radar if their latest songs are any indication. Last month, they released their first single in over two years, the drone rocker “Lion’s Den”. Just yesterday, they returned to their roots with “Crime”.

The song is two minutes of hell-raising, unrelenting, unpretentious, post-punk rock. Grimy but blazing guitar riffs from Mark Perro and Nick Chiericozzi. Rich Samis pounding his drum kit like there is tomorrow.  Kevin Faulkner’s bass line is played with such fiery that your ear drums might explode. Perro’s vocals are not merely loud but they are urgent, as he speaks to the many injustices in society. This is a roaring number that recalls the greatness of punk rock’s heyday – music that blew your mind while challenged every concept of the establishment.

“Crime” is the second single from The Men’s new record, Devil Music. It will be released November 11th on their own label We Are The Men Records. Pre-order it on Bandcamp. 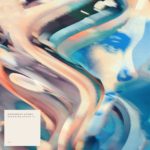 First impressions are everything, and it applies to the start of a song. The opening notes could either draw you in or completely dissuade you from further listening. The latest single by Vancouver quartet GOODWOOD ATOMS has one of the most spectacular openings of the year. The song starts off softly, almost like a whisper, but in the background you can hear the excitement building. You’re immediately hooked in, awaiting what the song will bring and the band does not disappoint.

The melodies get more scintillating while the tempo intensifies, transforming the song from a soothing number to a heart-racing one. Suddenly, you’re running after something, or possibly you’re being chased in this wonderful dream. But instead of giving us a definite finale, the song ends as a cliffhanger, coming to an abrupt stop. Is this GOODWOOD ATOMS’ way to tell us we can live another day to experience the dream? Or is the dream actually reality? 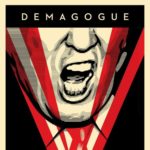 If you haven’t heard about the 30 Days, 30 Songs Project, then let’s offer a quick primer. Started a little more than a week ago, thirty artists and bands have agreed to either write new material, share unreleased recordings, or re-imagine some of their great hits as a protest to Donald Trump’s U.S. Presidential campaign. R.E.M., Jim James (whose single we did share), Aimee Mann, Josh Ritter, Thao, and Bhi Bhiman have already shared songs. Last Friday, Scottish blitz rockers Franz Ferdinand got into the act and wrote a new song called, “Demagogue”.

If you have been watching any news coverage on the election or the debates, you will recognize many of the lyrics. Basically, the trio have taken Trump’s words and positions, or paraphrased them, to criticize him for his “higher-than-thou” attitude. The song is humorous yet at the same time explains why a Trump Presidency could be disastrous. It is fitting that Franz Ferdinand set aside their anthemic indie sound and took on more of a Talking Heads / David Byrne approach. And like this great band and artist, Franz Ferdinand have crafted an immensely clever tune.

Fire to the Stars – “Stay Down” (Melbourne, Australia and Stockholm, Sweden) 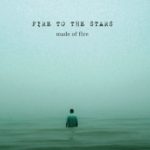 Multi-national band Fire to the Stars have been around for several years. Their dark, cinematic indie-rock drew fans from Australia and Sweden to their music. Critics from the music and film industry, too, gravitated to their sound, resulting in numerous accolades and awards.

Despite their history, Fire to the Stars only released their debut album, Made of Fire, this year. From it is the record’s centerpiece, “Stay Down”. The song is gripping drama, as the instrumentation and vocals swirl hauntingly in the air to create a Twin Peaks vibe. And just like the master creator David Lynch, Fire to the Stars have crafted a song that will make you re-examine your purpose in life, make you question your existence, and seek out answers to your most guarded secrets. The video, which further adds to the drama, is well worth watching, and it can be viewed on YouTube.

Made of Fire is available on Seahorse Recordings. The LP can also be heard in its entirety on SoundCloud. 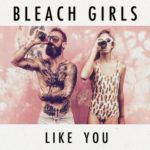 From one of Australia’s best surf towns and a place that has developed a reputation for its “style” comes Byron Bay-based Bleach Girls. Just like the eclectic town, the duo of Mickey & Fi Fi Bleach are creating unpretentious surf-punk music.

The song is fiery, rowdy, and an awesome two minutes of frenetic energy. The melodies and riffs are familiar, but there is no question that this track is a blast of fun. As Fi Fi’s vocals pierce through the air, her drumming pounds heavily on our chests, and Mickey’s guitar fires up the intensity, there is only thing to do – let loose! With its energy, “Like You” is made for late-night parties on the beach or inside a packed house. It’s the type of song where everyone goes ballistic, prancing around uncontrollably while the beer flies through the air. And every single person is reveling in the experience. Every weekend must be one big party with Bleach Girls around. 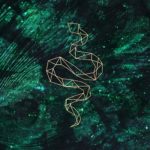 Andrew Judah has been a singer-songwriter I’ve been following for years. He is undoubtedly one of Canada’s hidden gems, as he’s a prolific storyteller and his music channels the darkest parts of our soul. Why Judah has gravitated to the primeval elements of existence was never apparent until recently when he shared that he has long battled depression. Music, as such, was a part of his therapy.

This background lays the foundation for his new EP, Metanoia, Pt. V. From it is the awesome single, “Interloper”. The song starts off slowly and with a suspenseful, haunting vibe. The melody and instrumentation crawl slowly, almost creeping along before it ignites into an eerie, dark-dance number. As you listen to the lyrics in unison with the dramatic approach, “Interloper” comes across as Judah dancing with the illness that occupies his mind. It is the battle between who will lead and take control and who will set the tempo. This is a remarkable and powerful track, further evidencing why music fans need to discover this sensational talent.

Metanoia, Pt. V can be purchased on Judah’s Bandcamp page. 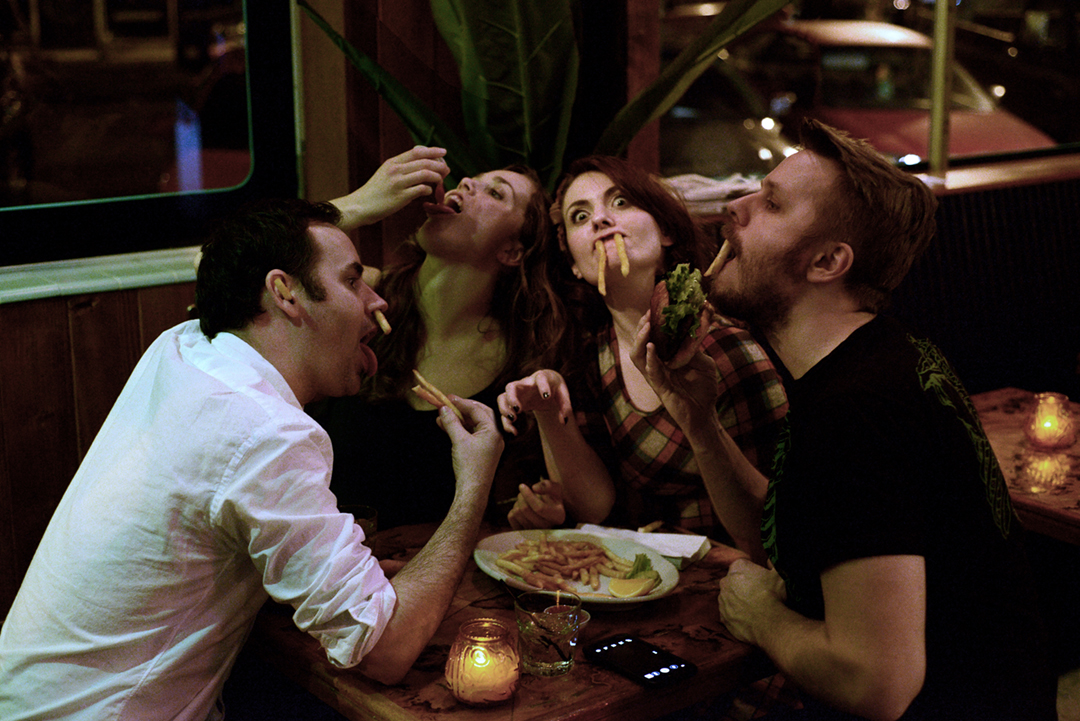 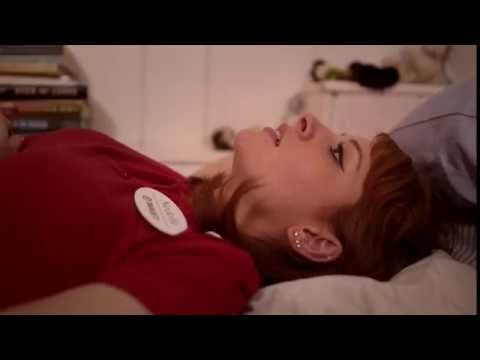 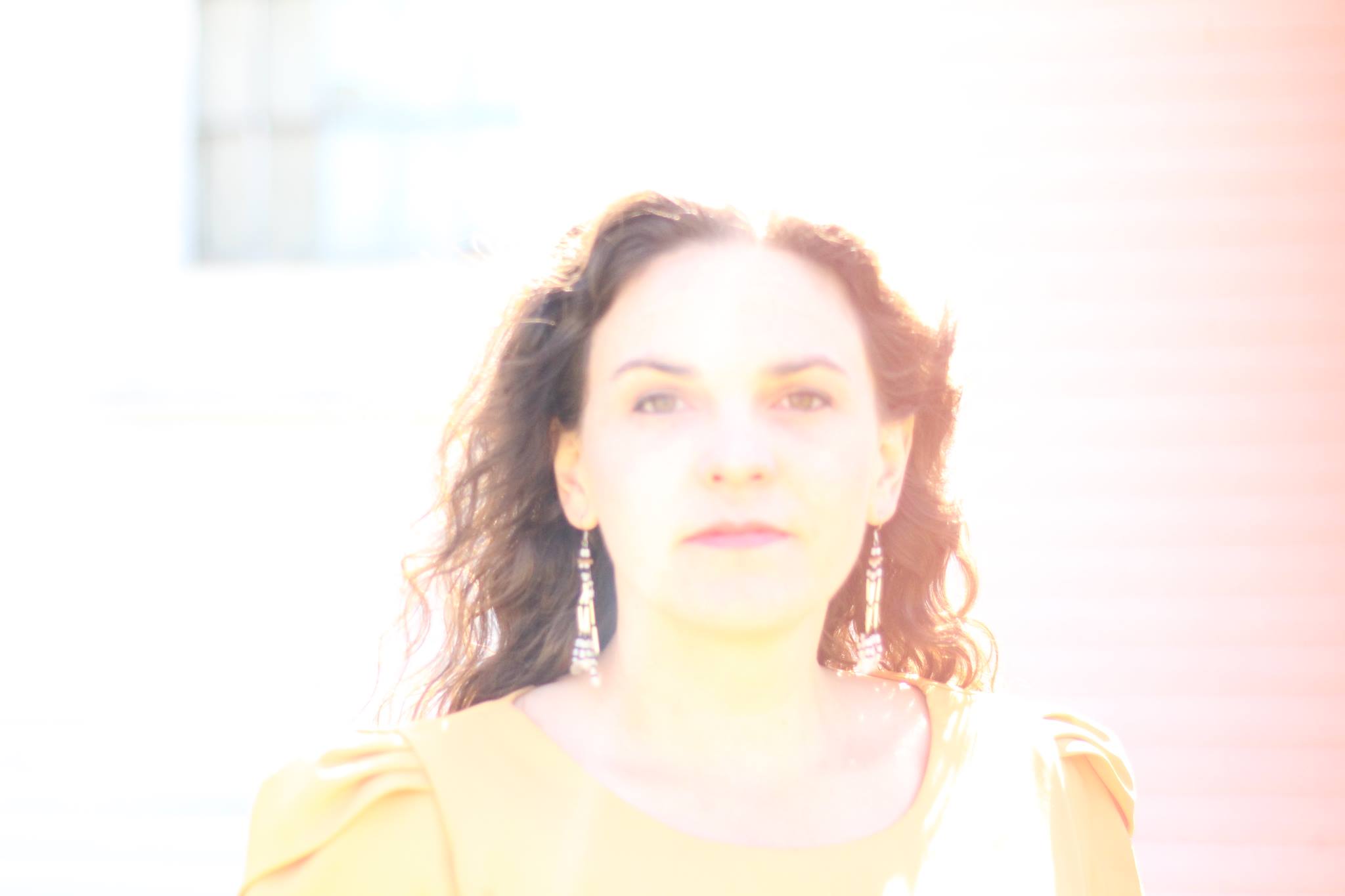