There is a bit of everything on the Saturday Sampler November 5th edition. From electronic to ambient, Irish folk to alt-country, neo-psychedelia to seismic indie rock, you will hear it below. Enjoy the first weekend of November! 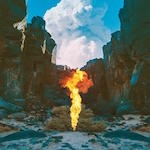 Ambient electronic artist Simon Green – aka Bonobo – expresses a wide range of emotions in his music. Of his new single, “Kerala”, the Los Angeles-based musician says, “Music is a reflection of life.” Many facets of life’s emotions, from joy and intrigue to fear and sorrow, emerge on this track. When other electronic artists often find themselves pigeonholed into one specific mood, Bonobo creates music that corresponds to a wide range of feelings. The sparkling buoyancy on “Kerala” is uplifting and soulful, giving you plenty of incentive to lose yourself in its rhythmic tones. This song is from his forthcoming Migration album, the follow-up to his 2013 release, The North Borders. It also features collaborations with Nick Murphy (aka Chet Faker), Rhye, and Hundred Waters.

Ninja Tune will release Migration on January 13. You can pre-order it from the artist’s online store. Check his website for upcoming tour dates. 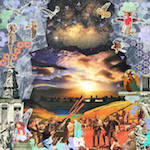 There’s nothing like mentions of nuclear fallout in a song to give you warm, fuzzy feelings. The only thing stronger than the wit of British post-punk/psych-pop geniuses Chemtrails is the talent they display on their new single.

“Burnt Shadows” combines dreamy vocals, jangly riffs, and apocalyptic lyrics for a deliciously intoxicating result. Imagine a cross between The Pixies, Concrete Blonde, and Allah-Lahs, and you’ll have an idea of the hooks in store on the Chemtrails debut album, Love in Toxic Wasteland. Lead singer Mia Lust has vocals that are out of this world, and the rest of the band provides more than enough musical fuel to launch them into the stratosphere of stardom.

The timing of this song’s release couldn’t be more perfectly timed. With the U.S. presidential election (and its resulting global impact) looming large on everyone’s minds, this song provides a welcome distraction to doomsday thoughts. Sure, the end of the world might be just around the corner, but at least we have great new music to dance to before that happens. Their Love in Toxic Wasteland EP is due December 9th on PNKSLM Recordings. Head over to their Bandcamp page for pre-orders.

RIYL: Ryan Adams, The War on Drugs, The National 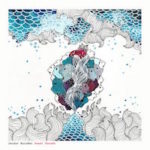 According to Ryan Adams, “To be young is to be sad” – but in the case of Florida singer/songwriter Jordan Burchel, that’s only partly true. On this new single from his forthcoming sophomore album, Vowel Sounds, the young balladeer proves that introspective vulnerability is a fine selling point. “Why They Call You Blue” isn’t necessarily a “sad” song per se, but rather an emotional, heartfelt song that helped put Ryan Adams on the road to stardom.

You can hear echoes of Ryan Adams here, both in Burchel’s warm vocals and the stripped-down delivery of his indie folk-rock. Although he cites as influences groups who are definitely not indie folk (Tame Impala, The XX, The War on Drugs), Burchel shares many of the same qualities as those artists. His music draws you in, holds your focus, and feels like it’s written just for you.

Vowel Sounds is due out December 16th. You can find his debut album at his Bandcamp page. 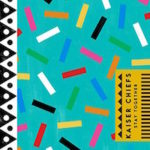 While our primary focus at The Revue is showcasing emerging talents, we still love sharing great new tunes from relatively well-known artists. Kaiser Chiefs may not be a small band now (after all, they’ve opened for The Who and Foo Fighters in addition to closing the London Olympics), but they still possess an indie-band mentality. Their newest album, Stay Together, is out now via ATO Records and features this smashing title track. For their sixth album in their 16-year history, Kaiser Chiefs are embracing a more upbeat, danceable sound. As the old saying goes, “All’s fair in love and war,” these guys are tackling the emotional battlefield of relationships with a decidedly uptempo approach. We’re definitely not complaining!

Stay Together is available now from Amazon, iTunes, and the band’s online store. They have tour dates through March posted on their website. 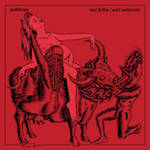 Every weekend, there are moments where you just want to let loose and hear a swashbuckling type of song. A track that will catapult you into a delirious stupor and rock your mind. If you’re in that mood right now, strap on your seat belt because Los Angeles quintet mothdrops‘ new single, “sexii maharishi”, is a tidal wave of rambunctious, reverb-filled sound.

Taking a page out King Gizzard and the Wizard Lizard’s playbook, mothdrops have released an epic, psychedelic track that spirals uncontrollably for the first two-and-a-half minutes. The energy is fierce and frenetic, but then it suddenly slows down and lulls us into a stupor for another 2+ minutes. The ending is cataclysmic. The final 90 seconds is a pool of fuzz, reverb, and distorted vocals – of bone-jarring psychedelia. Awesome. 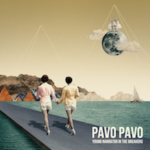 Three months ago we shared a new track from the upcoming debut album from Brooklyn indie psych-pop outfit Pavo Pavo. With its release date just around the corner (next Friday, in fact), today seems like a perfect time to share another fantastic single from this group. “Ruby (Let’s Buy the Bike)” has much of the same dreamy psychedelia as “Wiserway” in terms of lush production. But this single percolates with slow-building energy from its layers of ethereal vocals and sweeping synths. At times the vocals are reminiscent of Sigur Ros while the jangly guitars call to mind the upbeat indie pop of Django Django. You can still hear the offbeat influence of The Flaming Lips, so dive headfirst into this song to get yourself ready for the album’s release. Pavo Pavo will leave you on a fun, mind-bending trip.

Young Narrators in the Breakers releases November 11 from Bella Union with pre-orders from the label. 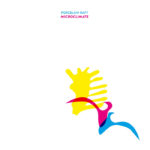 Italian-born and New York City-based musician Mauro Remiddi is best known as Porcelain Raft. Music fans worldwide fell under his spell four years ago upon the release of his “Drifting In and Out” single from his Strange Weekend album (us included!). That airy, sensual track set the mood for all future Porcelain Raft songs, and “Distant Shore” continues that tradition. While this new one is more upbeat, it still evokes feelings of euphoria that instantly reset your stress levels. It’s nearly impossible to feel anything but mellow when listening to this song. “In my head the world disappear” isn’t just lyrics from this song; it’s how you’ll feel when you hear it.

Microclimate is due on vinyl in February via Volcanic Field, but the digital version is available now from his Bandcamp page. 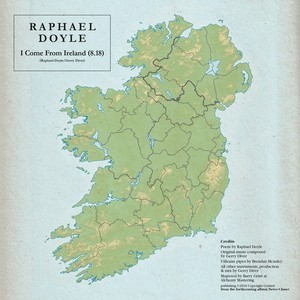 Those with long memories may recall Raphael Doyle from a lifetime in and around the alt-folk-rock scene. Melding Irish music with jazz, blues and R&B, Raphael’s contribution marks a period in music history with little regard for boundaries, and a period in Irish social history when escape from boundaries put many young talents to flight. “I Come From Ireland” draws listeners into Raphael’s story of success, loss, love and pain, with undeniable power and lyrical beauty. Rhythmically mirrored with Gerry Diver’s hauntingly engaging arrangements, to listen once is to be compelled to listen again.

Knowing when life is coming to an end is a privilege denied to most of us. It takes too much courage to look directly at our own mortality. Not so for Raphael. Diagnosed with terminal illness earlier this year, Raphael focused his passion and, joining with his son Louis (Slides, The Spare Room), set about creating Never Closer, an album of his self-confessed “messy life”. “I Come From Ireland” is a taste of music to come, but there is an undeniable race against Raphael’s declining health to get the remaining tracks for Never Closer finished in time for his 64th birthday on January 6th. Head over to Pledge Music and – for the price of a posh latte – help make it happen. 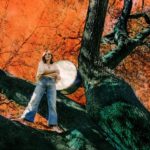 Tift Merritt is unquestionably one of this generation’s most underappreciated and underrated singer-songwriters. Through five studio albums, the North Carolina native has been compared to Joni Mitchell and Emmylou Harris – the latter whom has been a fan of Merritt’s work for years. Her music is warm, intimate, and real, but her latest album promises to be her most personal to date.

Over the past year, Merritt has experienced a tsunami of changes – the birth of her first child, the dissolution of a long-term relationship – all in the midst of recording her new album, Stitch of the World. The second single is the beautiful and stirring “Love Soldiers On”. The instrumentation is light but tight, providing the perfect palette for Merritt’s soft and soothing vocals to shine through. The song is simultaneously introspective and retrospective, feeling like Merritt’s is as much speaking to us as she is telling herself to move forward. That love comes in many forms and that one scar will not slow her down. With this song, Merritt has given all the broken hearts a quiet anthem to call their own. 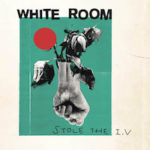 Back in May when British indie psychedelic band White Room shared their single “Think Too Much”, we were hooked. Our fandom, and hopefully yours, has been cemented their new single, “Stole the I.V.”

Like your favorite wine, White Room are getting better with age. With “Stole the I.V.”, the quartet have blended the ear-popping, neo-psychedelia of Temples with anthemic, ’90s indie rock. The melody has a touch of Filter’s smash hit “Take A Picture” (one of the best songs of that decade). The song is, as such, not merely an escapade into delirium but a journey into a lush, exotic place deep inside your mind. As the the crystalline guitars swirl, the rhythms pulsate like a beating heart, and frontman Jake Smallwood’s smooth vocals hovers above the shimmering sounds, you might be searching for the defibrillator to jump-start your heart once it is all done. 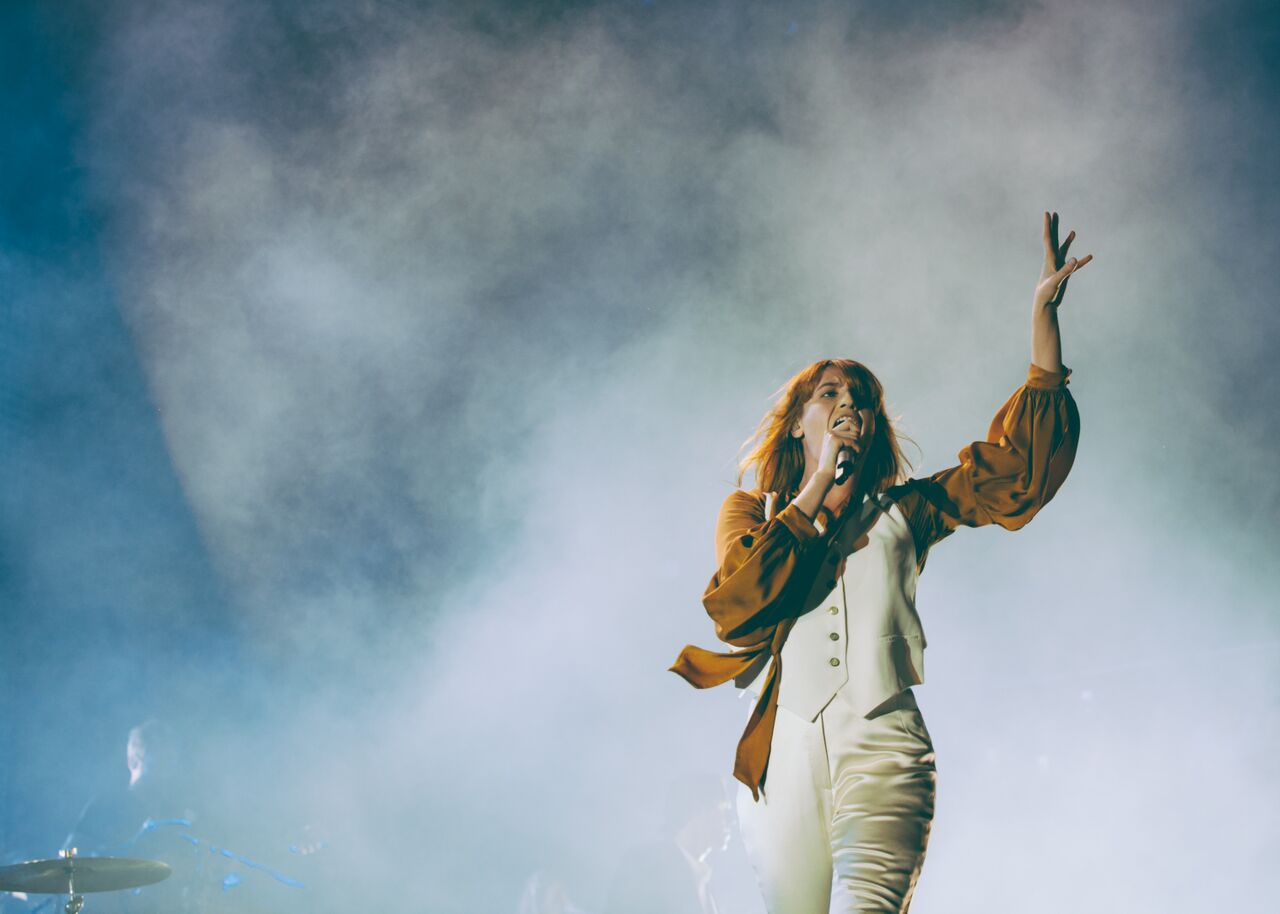 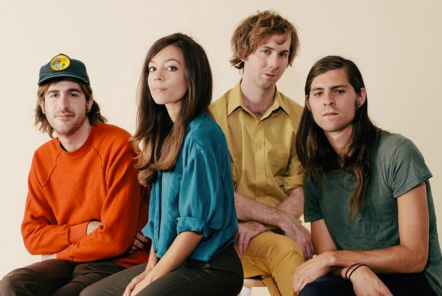