The Matinee November 17th edition truly is a smorgasbord – from the music featured to the countries represented. Sit back, relax, and hear eight awesome new songs by artists who will take your breath away and others who will take you on a mind trip. 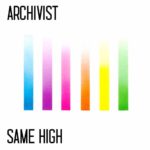 In these stressful days – from the U.S. election results, the uncertainty with Brexit, people already worrying about Christmas shopping – the perfect antidote is a song that calms your nerves and allows you to escape for a few minutes. With “Same High”, the new single by innovative quartet Achivist achieves all of this and more. Akin to the majestic works of Mt. Wolf and Phoria, the song is breathtaking and dazzling, putting your mind at ease and taking you to a place where everything is perfect. If only life was so beautiful. 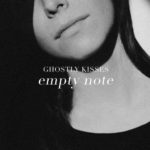 For a few years, Canadian multi-instrumentalist and artist Ghostly Kisses, the project started by Margaux Sauvé, has developed into one of the biggest online sensations over the past two years. Mainstream success, however, has avoided her, but not for long if she continues to produce music like her new single “Empty Note”.

The song is simply spectacular. “Empty Note” is like a dive into the depths of your psyche, where despair exists but hope lingers. Sauvé‘s deep, enchanting vocals take on a Dido-esque quality while the minimalist, haunting production echoes the cinematic soundscapes of the great collective Archive. But it is one woman who is creating this enchanting, psychological thriller of a world, and one in which we hope to be forever entrapped.

The single is available for download on Ghostly Kisses’ Bandcamp page. You can opt to download it for free or leave a tip (we recommend the latter). 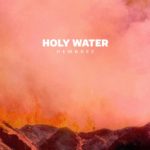 Another band racking up the online numbers – are Hembree. The Kansas City, Missouri-based trio’s last song, “Can’t Run Forever”, is one of the most played songs by an indie band of 2015, racking up over 250,000 plays on SoundCloud and Spotify. Their newest single, however, sees them amp up the intensity and produce one heck of a track.

Combining the electricity of Foals’ indie rock with Maribou State’s penchant for infectious, percussion-driven electronica, “Holy Water” is an explosive, driving anthem. Once you get inside your head, it acts like a stimulant and energizes your body and mind. And like anything that is addictive, you will be craving to hear for days on end. If you’re the workout type and like to create playlists to motivate you, add this cracker of a song to your library.

Hembree are Isaac Flynn, Garrett Childers, and Eric Davis. With two hits to their credit, hopefully an album will be forthcoming in the very near future. 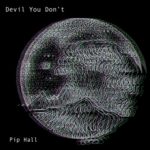 In every class or group of young people, there is always that one person who stands out. The one teenager that everyone knows will go places. Sixteen-year old Pip Hall is one of them, and we say this despite never meeting her. But just one listen to her latest single, “Devil You Don’t”, tells you everything you need to know.

The stripped-down arrangements are beautiful and engrossing, and Hall’s vocals have a soft and intimate quality. The lyrics on the song, however, are what steal the show, as Hall tells the story of a teenager who struggles to be accepted and find her way. The song could be about Hall’s own experiences, and if this is the case it won’t be long before she is the center of attention. She’s already caught our attention with her intelligence and maturity.

“Devil You Don’t” is taken from Hall’s self-released, debut EP, Sisters, which was released in May. Yes, the Preston, England teenager released her first record on her own. Her second EP, James, is expected in March 2017 via My Little Empire Records. 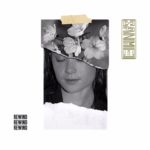 Eight months have past since we last heard from San Mei, the project of Emily Hamilton. At the time, she released the sensational “Revel”, and we were anticipating more music. Finally, she has returned, offering an early Christmas gift with “Rewind”.

With “Revel”, Hamilton shared a cinematic pop song. She changes courses on “Rewind”, offering a gritty number. The electronic production is reduced to the background while crunchy, edgy guitars take center stage. And instead of Sia being channeled, it is the great Allison Crutchfield that shines through on this song about love, regret, and heartbreak. As such, don’t allow Hamilton’s stirring vocals fool you – there is pain, disappointment, and anger in every word she sings.

Hamilton’s long-awaited debut EP is anticipated in 2017. Expect to see her name on plenty of “Artists to Watch in 2017” lists, especially Down Under. Her wide-ranging talents have her on pace to be Australia’s next big, musical export.

We don’t often share remixes, but when we do you can be guaranteed it’s not the usual thing. And we’re not referring to this track being performed entirely in French.

This song is a fantastic introduction to two emerging talents – one who is France’s answer to Flume and the other who could be the next Sade. 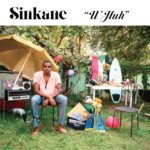 Two years ago, Ahmed Gallab released Mean Love, his fourth album under the moniker Sinkane. It was one of the year’s most rewarding records and a critically acclaimed one, yet the former Yeasayer member still flew under the radar. Dispute the lack of mainstream recognition, Gallab continues to surge forward. Early next year, he’ll share his new album, and the lead single is the uplifting “U’Huh”.

With this track, Gallab continues to redefine Afro-funk and Afro-beat. The infusion of horns and a Caribbean vibe accentuate the song’s funky, jazzy notes. The song simultaneously shimmers and grooves, giving the feel of a nighttime  celebration on the beaches of Mali, Barbados, or southern California. Lyrically, Gallab shares a message of hope and perseverance. The Arabic phrase, “kulu shi tamaam”, which is repeated in the chorus, means “Everything is great!” And in these times of uncertainty, it’s exactly the message we need.

Sinkane’s fifth album, Life & Lvini, arrives February 10th, 2017 via City Slang. The video for “U’Huh” can be viewed on YouTube.

We Are The Outpost – “Vanity Mirror” (Sydney, Australia) 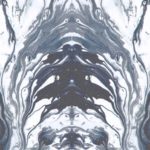 This year, we said goodbye to Jinga Safari, the terrific Aussie collective who helped define a new genre of pop music Down Under. A band who could take their place are We Are The Outpost, a five-piece collective who have been performing in Sydney’s DIY scene for the past three years.

Whereas Jinja Safari were more likely to get us out of our seats, We Are The Outpost will have us fastening our seat belts with their hypnotic, dark alt-rock. Their latest single, “Vanity Mirror”, is a hallucinogenic trip. The shimmering guitars, the brooding vocals, and the crushing rhythm section combine to create a song that is apocalyptic in its nature and menacing in its desire. While the entire song is brilliant, the final 45 seconds are mind-bending and awesome. It’s time for everyone, other than Triple J (who discovered them a while ago), to take notice of this little band. 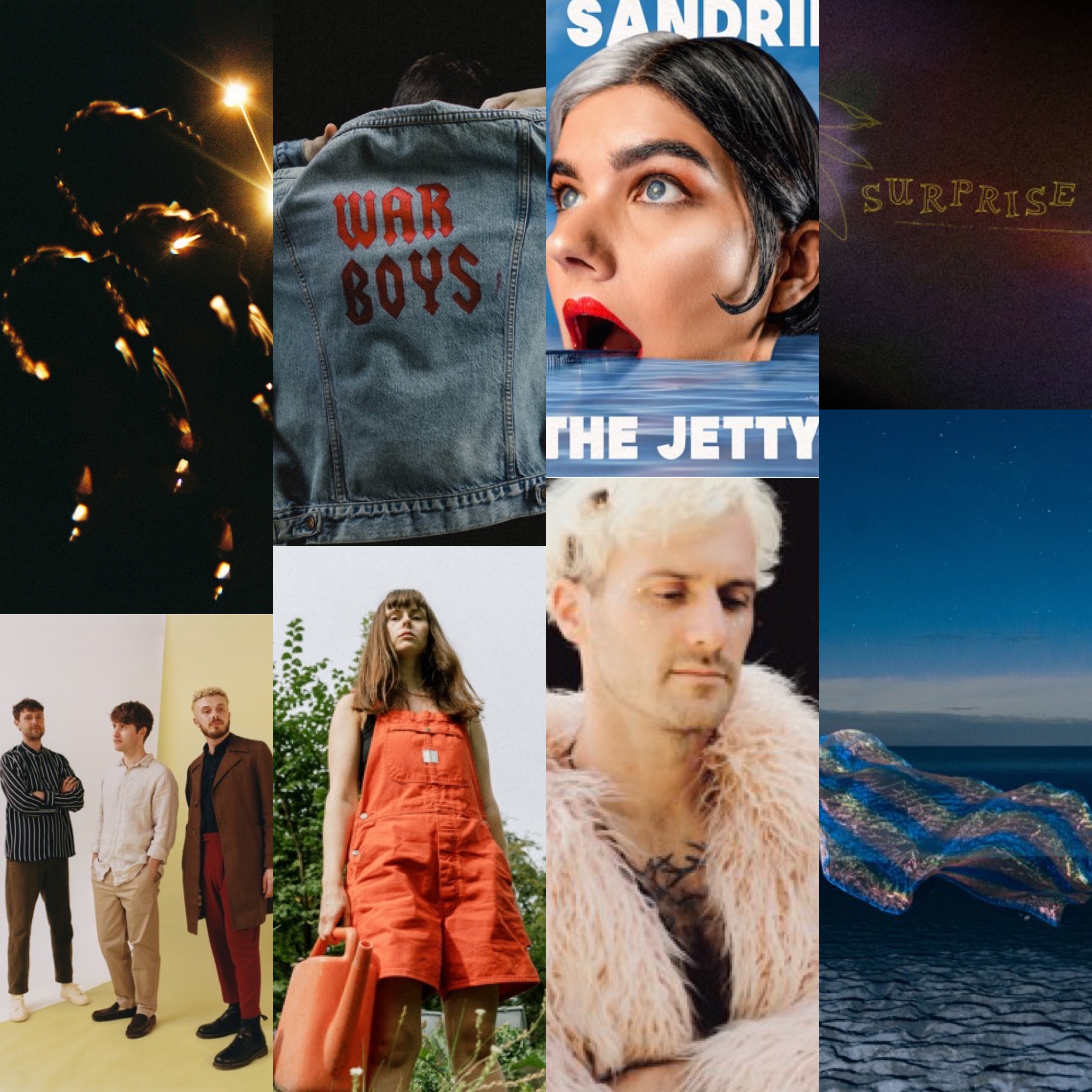