Since we’re celebrating Thanksgiving here in the States tomorrow, today seems like a great time to reflect on the one thing we can all be grateful for: new music. These five singles come from two Australian bands and three American artists. Whether you’re thankful for indie rock or Americana singer/songwriters, these songs will put a smile on your face.

RIYL: The Go-Betweens, The Feelies, Half Japanese 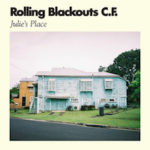 Australian indie pop/punk outfit Rolling Blackouts Coastal Fever has been busy this year. They already have one mini-LP under their belts (the impressive Talk Tight which released in March), and now they’re giving us more new tunes. Yeah, we’re definitely not complaining! The five-piece Melbourne band is now on the roster of legendary label SubPop Records. As if that isn’t good enough, their newest single, “Julie’s Place”, is a massive dose of audio sunshine. Call it beach-punk if you will; the label certainly fits. It’s packed with tight hooks and faintly psychedelic layers that are bound to take up permanent residence in your head. Just because it’s cold here in the States doesn’t mean you can’t enjoy warm, summery tunes.

“Julie’s Place” is out now on iTunes via SubPop and Ivy League (AUS/NZ).

Citizen of the World – “In the Moment” (Sydney, Australia) 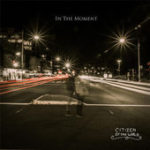 There’s a new player on the indie folk scene, namely a Sydney-based quartet known as Citizen of the World. These highly educated and equally talented musicians make the kind of soul-stirring music that revives your spirits. Lead vocalist Gerrit Gmel (a newly frocked PhD in neuroscience) founded the group several years ago in Lausanne, Switzerland. Following his move to Sydney for grad school, they continue to flourish with uplifting songs like their newest single, “In the Moment.”

Critics are quick to dismiss purveyors of feel-good melodies like Mumford and Sons or Kodaline, citing a lack of substance. But truth be told, that brand of indie folk/rock speaks to the masses. Like those bands who have influenced them, Citizen of the World’s lyrics resonate as much as their ultra-smooth harmonies full of wistful yearning. In times like these, why shouldn’t the world find solace in uplifting songs? “In the Moment” is out now via The A&R Department and is available on iTunes. 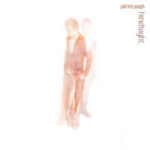 Until now, the only musician to use the word “palindromes” in a song has been Andrew Bird. Enter folk/rock singer/songwriter Patrick Joseph. The now LA-based Pennsylvania native won me over with that one word in his “Don’t You Know” single. It doesn’t hurt that his voice bears a warm semblance to Jeff Buckley or that his music plucks at one’s bittersweet heartstrings.

Where “Don’t You Know” feels like you’ve been enveloped in a warm embrace from an old friend, it’s the rocking “Better Off Alone” that really blew me away. The riffs echo Wilco and The Jayhawks crossed with Spoon, and the result is pure indie magic. This guy is easily one of the most promising discoveries I’ve been lucky enough to stumble upon in a while. Have a listen and you’ll understand why.

His Hindsight LP is out now via Moon King Music with orders from his website and iTunes. 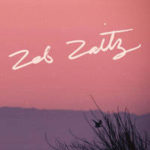 As this annus horribilis draws to a merciful close, you may feel completely out of steam. Many of us are drained and in need of musical therapy like never before. Fortunately, the California artist Zeb Zaitz (of Sparrows Gate) is here with a new single from his solo debut album that offers soothing relief. “Chasing Shadows” is a gentle, Americana/folk-rock ballad that dissolves stress better than any prescription. Its rolling piano-and-saxophone refrain may remind you of the jazzier, ‘70s-era lounge vibes on Destroyer’s latest LP, while his laid-back vocals conjure Karl Blau, Bob Dylan, and JJ Cale all rolled into one sublime package.

Crank up this song to escape the horrors of the world. It’s seriously therapeutic. Then head over to Royal Oakie Records to get the album on cassette. (Incidentally, the label will donate 50% of sales proceeds through November 26 to the Standing Rock Medic + Healer Council.) Vinyl and digital formats are at the artist’s Bandcamp page. 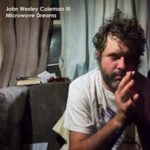 If you love your music loud and proud from a “trash poet” who performs with a wry smile and a twinkle in his eye, you’ve found a new favorite in JWC III. And let’s face it: “Dance with me… motherfuckers” might be the best line of any song I’ve heard all year. Nevermind that it may not get much airplay in its original form: this is a song you’ll want to crank and sing at the top of your lungs. Score another for sweet musical therapy courtesy of kickass artists!

Super Secret Records will release his Microwave Dreams album on January 27. Check the label’s online store soon for pre-orders. Until then, you can get his Greatest Hits LP now. 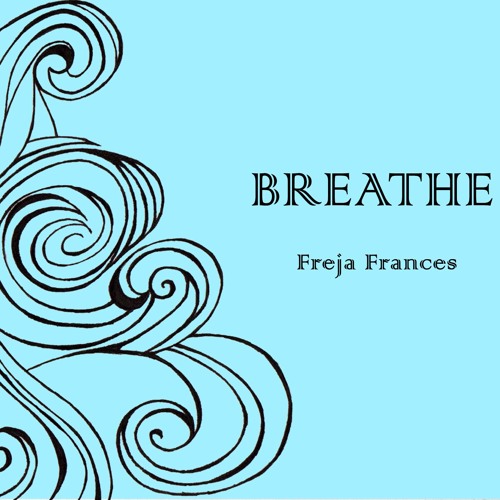