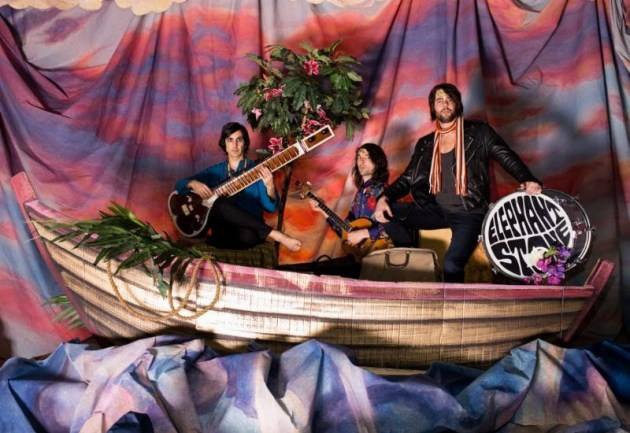 Since arriving in 2009, Elephant Stone has been synonymous with psychedelic rock in Canada. Through three albums, the Montreal-based trio were a modern-day George Harrison. Their music infused classical Indian influences and instruments – specifically the sitar, tabla, and esraj – to create their hallucinating sound. For their fourth album, Ship of Fools, the band explore vast new territory. Disco, funk, rock, indie rock, and even touches of indie-pop are all heard on this expansive effort.

While there is a definite change, Elephant Stone have not completely abandoned their psychedelic roots. On “Cast The First Stone”, for instance, disco notes are meshed with glam-rock and neo-psychedelia. The result is a song that simultaneously pops and rocks, finishing off with a fantastic blaze of fuzzed-out guitars. A similar ’70s warmth is heard on the smooth and groovy “Love Is Like A Spinning Wheel”, which has a Tame Impala back-to-the-future vibe.

A sizzling, funky dance mood percolates on the surprisingly catchy, “Where I’m Going”. Meanwhile, the album’s anchor, “See The Light”, best marries the old Elephant Stone and this revitalized version. The track is a blend of Tame Impala and Temples, as the band offers a shimmering, trippy affair. As you take a listen, imagine you are driving in a convertible along the California coast with the cool breeze in your hair. The song, as such, will have you longing for the return of summer.

The sprawling psychedelic moments, however, have not been completely removed. The album’s opening track and highlight, “Manipulator”, is a majestic, cosmic number, as the band reaches heights it has not before reached. Well, that is until the album reaches “The Devil’s Shelter“. Merging shoegaze, cosmic neo-psychedelic, and blistering indie rock, the song is Elephant Stone at their absolute creative peak. It is a mind-bender of a trip, one that will have you falling through the Rabbit Hole, being shot to space, and then plummeting back through the Hole. Choose the red pill as you hear this song because you won’t want to return from where you came.

Ship of Fools isn’t without its faults, but this ambitious effort is immensely rewarding. It is an adventure and a trip at times, but at the end of it we are left gratified. Actually, we are left exhilarated.

Ship of Fools is out now via the band’s one label, Elephants On Parade Records as well as Burger Records. The band is on tour in Europe. Dates are below and can be found here (there are some free gigs). 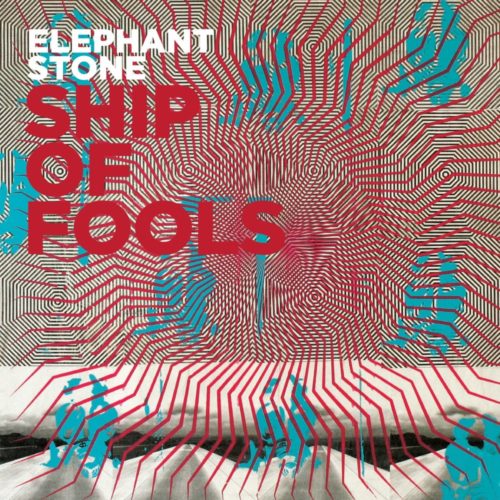