The Matinee December 2nd edition shakes, shimmers, and scintillates. Six songs are featured, five of whom are returnees and another one will most likely become a repeat alumnus. Happy weekend everyone! 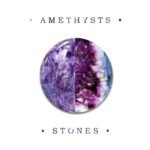 We last shared AMETHYSTS back in July and we are still enamored by their talent of tight electronic production and honey dipped vocals.

We are once again impressed by AMETHYSTS ability to take us to ethereal places through Clarice Parrott’s amazing vocals and perfectly placed synth and bass. With “Stones” being just as impressive as their debut  track “My Love” we are keeping tabs on this duo as the upcoming year could be a big one for them as they have already gotten airplay from BBC’s Huw Stephens and Tom Robinson. 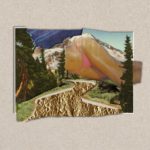 Heavy Heart are continuing to release a song a month this year. Today we have their second to last with “The Way Home”.  Each month we are continually impressed at their knack for producing quality tracks in both sound and lyrics.

Lyrically on “Heavy Heart” we hear the sentiments of many about the division in our world today and the emotions that take hold that end up promoting hate, not love. The truth is a kind word is sometimes hard to find. The track is also hopeful to remind us as humans to take a moment and do something kind for one another.

With “Heavy Heart” we are enchanted once again by their ability to effortlessly float between shoegaze and dream pop. We have a bit heavier guitar on this one which is completely appropriate for the emotional tone of the lyrics. We are looking forward to hearing their last installment of 2016 next month and hopefully by then an indie label will take notice. 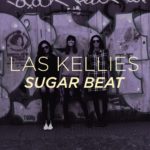 Las Kellies are at it again. Just a mere month ago we reviewed their solid single “Celebrate Life”. We now bring you their latest in “Sugar Beat”, another hot single off of their album Friends and Lovers on Fire Records.

With a super infectious beat and nicely reverbed guitar, you’ll be grooving for days with this song. Las Kellies give us the most delicious blend of garage, psych, and pop. Each single has been fantastic on their own but combined they make a killer record. 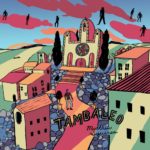 Anyone who grew up in the ’90s and listened to college radio will remember the arrival of an out-from-left-field outfit from California. Pavement – and later Stephen Malkmus and the Jicks – became the band that represented all the outsiders, oddballs, and nerds with their unusual take on life. That same quirkiness can be heard in Austin-based singer-songwriter Matthew Squires. And similar to Malkmus in his younger years, Squires is a machine when it comes to writing new material. In a short four years, he has released five albums, many of which have flown under the radar. He has, however, received critical acclaim from the likes of Brooklyn Vegan, Stereogum, and USA Today. While he’s a darling of critics, he hasn’t received the same love from the broader music community.

Squires’ luck might change soon as people hear “Shape Of Your Heart”. The song drips of Malkmus’ quirky songwriting style, as Squires refers himself as the “Anti-Christ” in speaking to either a loved one or someone he has befriended. Musically, there is an unexpected grooviness, as the riveting guitar work and ’70s indie-rock melodies get stuck in your head. The track is just the perfect blend of past and present, offering a sound that us older folks will embrace and a new generation of music fans will adore.

“Shape Of Your Heart” is from Squires’ forthcoming, sixth album, Tambaleo. It arrives January 19th. Do not be astonished if Squires is at a future MTV Video Awards show and being named Best New Artist.

RIYL: The War on Drugs, Phosphorescent, My Morning Jacket 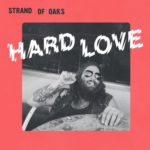 As a kid growing up in Indiana, Tim Showalter – better known professionally as Strand of Oaks – spent a lot of time listening to the radio. That’s the inspiration for his blistering new “Radio Kids” single. It’s an intense number full of the bold hooks he’s known for; it’s meant to be played loud and enjoyed live. Yesterday in a live Facebook session, he cited those radio listening days as the driving force for this song. The days of “hitting record” may not mean as much to today’s youth since few sit in their bedrooms anxiously awaiting their favorite song to come on the radio so they can record it. But that same spirit of eager anticipation comes through in this song. That’s what Showalter does best: he takes a moment from his own past and makes it come alive in the present moment, with plenty of raw, sweaty energy.

This song will be on his forthcoming album, Hard Love, due out February 17th, 2017 via Dead Oceans. Pre-orders are available from the label, the Strand of Oaks website and Bandcamp page, and iTunes. A full list of tour dates are posted on his website.

Surf Rock Is Dead – “In Between” (Brooklyn, New York, USA) 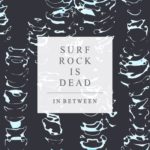 We’re huge fans of Surf Rock Is Dead and have been waiting patiently for new music from them. Their new single “In Between” is worth the wait.

Surf Rock Is Dead have crafted themselves a unique sound easily identifiable in this latest release. The trippy percussion, the bright sound with underlying dark lyrics, and the new wave bassline all combine for that singular Surf Rock Is Dead sound – a beautiful mesh of beachy shoegaze. While we love this new track, we’re not going to lie. All it does is leave us wanting more. Surf Rock Is Dead is the duo of Kevin Pariso and Joel Witenberg. They’re currently on tour with The Jezebels and If you’re lucky you may be able to catch them at one of their tour dates here. 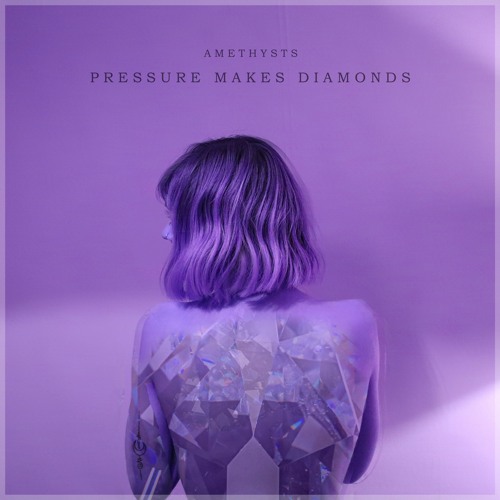